Driven by his passion for technology
Business

Driven by his passion for technology

Phrases like "digital transformation", "Thailand 4.0", and "S-curve industries" get repeated by the government, businesses and the press so often, they ring as platitudes, losing all meaning.

But when Michael Gryseels, president of True Digital Group, says he is transforming the company for the new digital era, he is serious. And from a 25-year career in technology and a PhD in computer science, he knows what he is talking about and can speak on it with refreshing clarity.

As head of the digital wing of True Corporation, the nation's second-largest telecom, Mr Gryseels has made True stand out from the bluster as one of the leading digital companies in Thailand, through tangible results and bold ambition.

"I don't spend a lot of time comparing myself to others, I focus on our customers," says the 46-year-old Belgian. "If you spend your time only looking at what others are doing, you copy and don't innovate."

Heading up True Digital is a role Mr Gryseels has been working towards his whole life. In his almost 20-year stint at McKinsey, one of the world's most prestigious (if not controversial) consulting firms, he worked with companies around the globe to guide them through their digital transformation.

Technology runs deep. He calls it his greatest passion -- except for his four kids and "patient" wife, who also works in the tech industry. He mastered his first computer at eight years old, when he taught himself BASIC, an early programming language, paving the way for an internship at IBM at the age of 16. He went on to receive a master's degree and PhD in computer science from Ghent University.

Seeing his potential, McKinsey recruited Mr Gryseels in 2000, and since then he has lived in 15 countries and worked in many more, advising corporations throughout the world.

"I've lived in so many countries around the world, and you learn you have to adapt, have to be humble and understand what are the values of that country," he says. "And there's certain ways of doing things in Thailand that you have to respect, and it's been easy for me to adapt to that."

During his time at the firm, Mr Gryseels worked in every sector except defence. "I don't like that sector," he says flatly.

"McKinsey is a company that equips you with very strong analytical skills and strategic skills," he says. "What we are trying to do with True Digital is not easy, and so you do need some kind of a plan, so that's where I think my McKinsey background helps."

There's nothing he likes more than challenging himself and doing tasks others say are impossible. When he came to Asia with McKinsey, he was asked to set up its digital operation, which at the time was virtually nonexistent. In seven years his team grew to 500 people.

"I don't always know the answer -- I'm not a genius," he says. "But I'm someone who stretches people, takes them out of their comfort zone. To take it back to my kids, my kids get tough love, my team gets tough love." 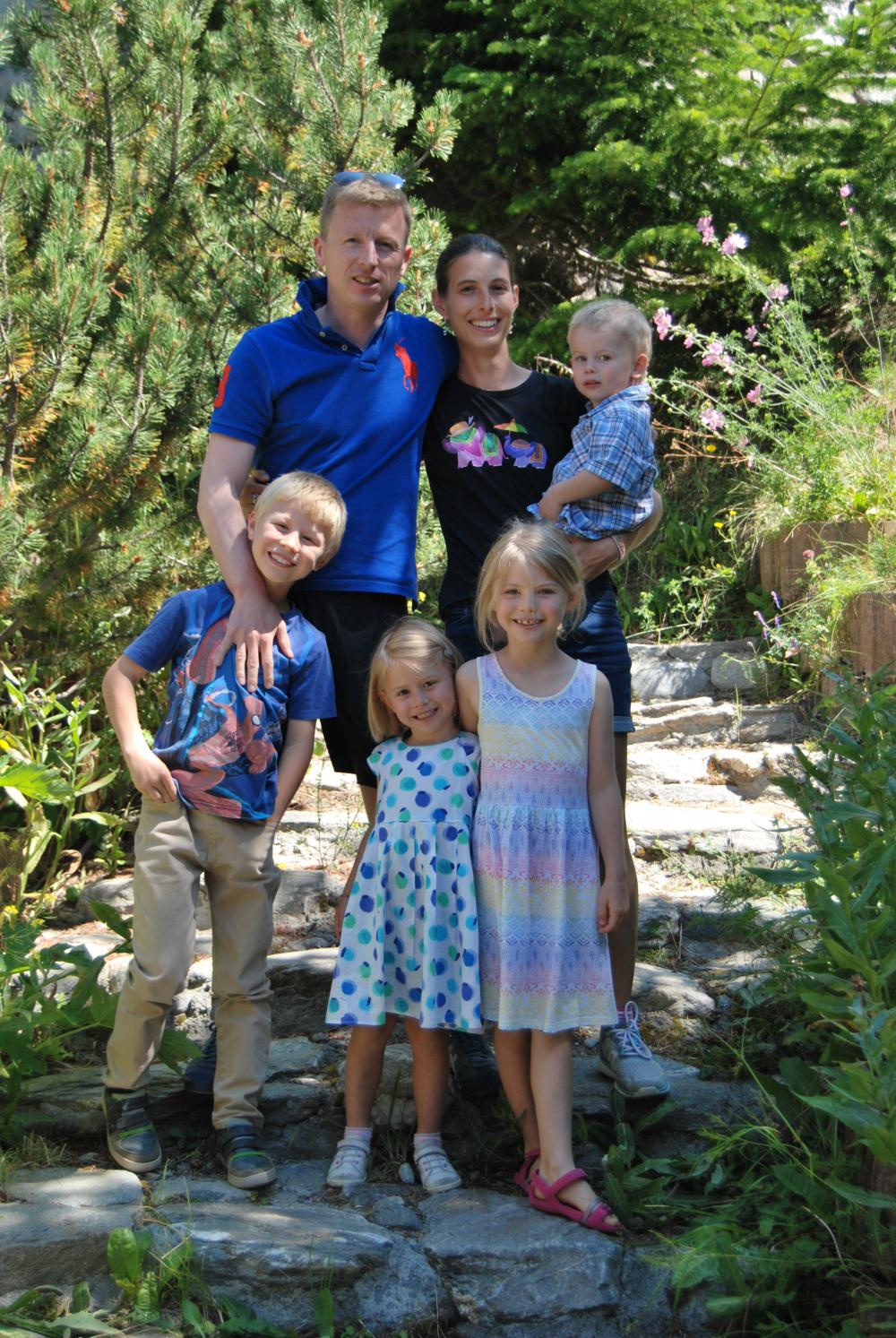 Mr Gryseels with his wife and kids.

Having started the job at True Digital in August 2019, one of Mr Gryseels's most conspicuous accomplishments is building the fledgling True ID, the company's digital streaming service, to about 22 million monthly active users. In approaching this endeavour, he sees his operation as a blend of Disney and Google.

"I've always believed in the value of teams, I always surround myself with a team," he says. "I never make an important decision without consulting my team, although I will take the ultimate responsibility."

His team numbers 1,000 people, 70% of whom come from a technology background. His mission is to scale the team without losing its speed and agility, to keep a startup mindset, and never stop innovating. And innovation is not just another platitude, he actually demands one innovation per quarter from each team within True Digital.

"I have a personal role of fostering the culture, to keep that innovation and growth mindset," he says. "There's a big danger if you become a big organisation, that you create silos, that you create bureaucracy, complexity, inefficiency. I'm not saying it worries me, but I need to make a conscious effort to keep that culture as we scale."

True Digital is scaling outwards, not only upwards. Last year, it launched True ID in the Philippines and Indonesia -- and promises more countries by the end of the year -- while beefing up its own in-house streaming content, mainly talk shows for now, but perhaps dramas and more ambitious projects in the future. Its most popular programming remains its exclusive Premier League football matches, reeling in the vast fanbase of English football fans in Thailand.

True Digital's scope goes far beyond streaming, with its 200,000 Internet of Things (IoT) solutions in sectors like transport, agriculture and retail. Mr Gryseels says that once the nation makes the switch to 5G, the number of devices connected to the network will "explode", opening up opportunities for IoT innovators.

A well-known fact of the tech sector in Thailand is that labour is in short supply and companies are intensively competitive about finding, poaching and retaining talent. By McKinsey's estimate, Thailand needs four times the amount of IT professionals, while many tech-related jobs remain vacant.

"To solve this gap, we need to retrain," Mr Gryseels says. "There's beautiful stories -- you can learn at any age and anyone can be retrained into a software programmer. We have seen hairdressers being retrained into software engineers."

To do this, True Digital opened an academy not only to train and upskill in-house workers in technology and computer science; classes recently started for the general public as well. In the past 4-5 months, the academy has trained about 600 workers at True.

Through the many branches of True Digital's operations, Mr Gryseels hopes to make a broader impact on society. This means training Thais in skills desperately needed for the future economy, bringing the country into the next digital era, and laying the groundwork for the IoT network -- long promised, but now finally coming to fruition.

"I'm an optimist at heart, but lots of people are not in today's world with all the challenges of climate change, war, economic crises," he says. "I believe that technology can solve many of those problems, and I believe that humanity can solve the problems it's facing with technology as an enabler."