IT spending projected to shrink in 2020 from pandemic
Business

IT spending projected to shrink in 2020 from pandemic

Thailand's IT spending will be subdued this year, with meagre or flat growth as the best case scenario because the coronavirus outbreak is taking a heavy toll on the segment, according to tech pundits.

Weeradej Panichwisai, senior research manager of IDC Thailand, the local unit of the global research firm, said the company has downgraded IT spending to a 10% contraction because of the outbreak.

Given the unfavourable circumstances, businesses are less likely to invest in network infrastructure or data centres, and will shift to cloud-based operations and digital transformation, he said.

With the pandemic, businesses and consumers would gradually adopt real-time video communication to avoid face-to-face interactions, said Mr Weeradej, adding this will drive the development of video communication equipment, ranging from TVs, smart audio and video devices to laptops. 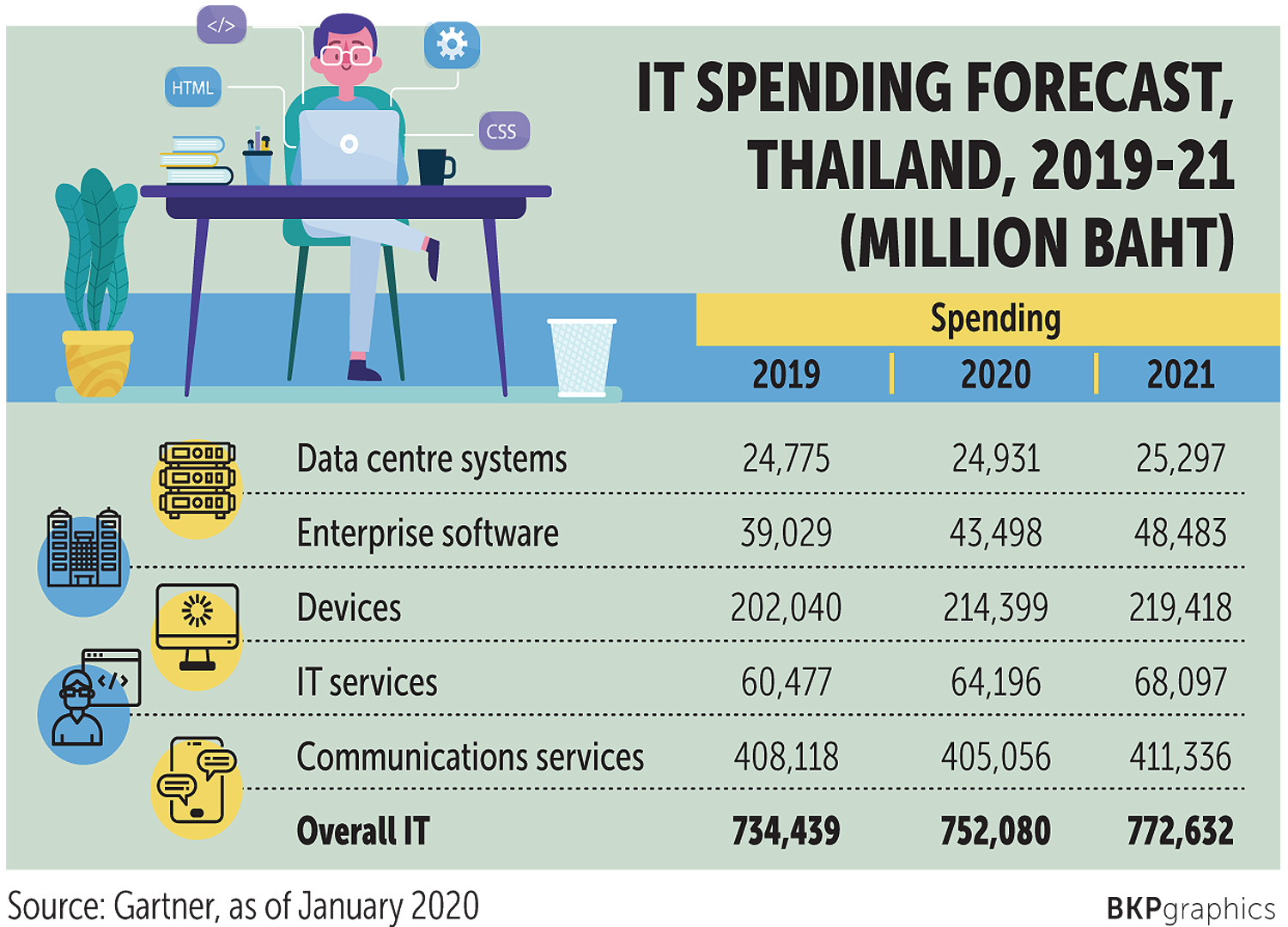 Suthida Mongkolsuthree, chief executive of Synnex Thailand, a leading IT distributor, said in the first quarter, the inventory of some IT products would be 20% lower than normal because of the supply chain disruption from China.

She said a big concern is the shortage of products in the second quarter as Chinese factories have yet to fully resume operation.

She said if the government puts in place the right measures to stimulate the economy and control the pandemic, the IT market could bounce back in the second half of this year, given that new high-end products are expected to be rolled out.

"Overall the local IT market should see either a low single-digit or flat growth," said Ms Suthida.

Somsak Pejthaveeporndej, chief executive of VST ECS Thailand, a Hong Kong-based IT distributor, said he has been aware of a slowdown in the IT market since the fourth quarter of last year, largely caused by the economic slump.

This quarter, small businesses and IT retailers have been hard hit by the outbreak, resulting in lower demand and inventory, he said. This is expected to continue into the second quarter. The government's 3-trillion-baht budget could spur the IT market, which is worth at least 10 billion baht, Mr Somsak said.