Most e-marketplaces and social platforms have seen more engagement by consumers amid the trend of working from home adopted by companies since early March, says the National Broadcasting and Telecommunications Commission (NBTC). 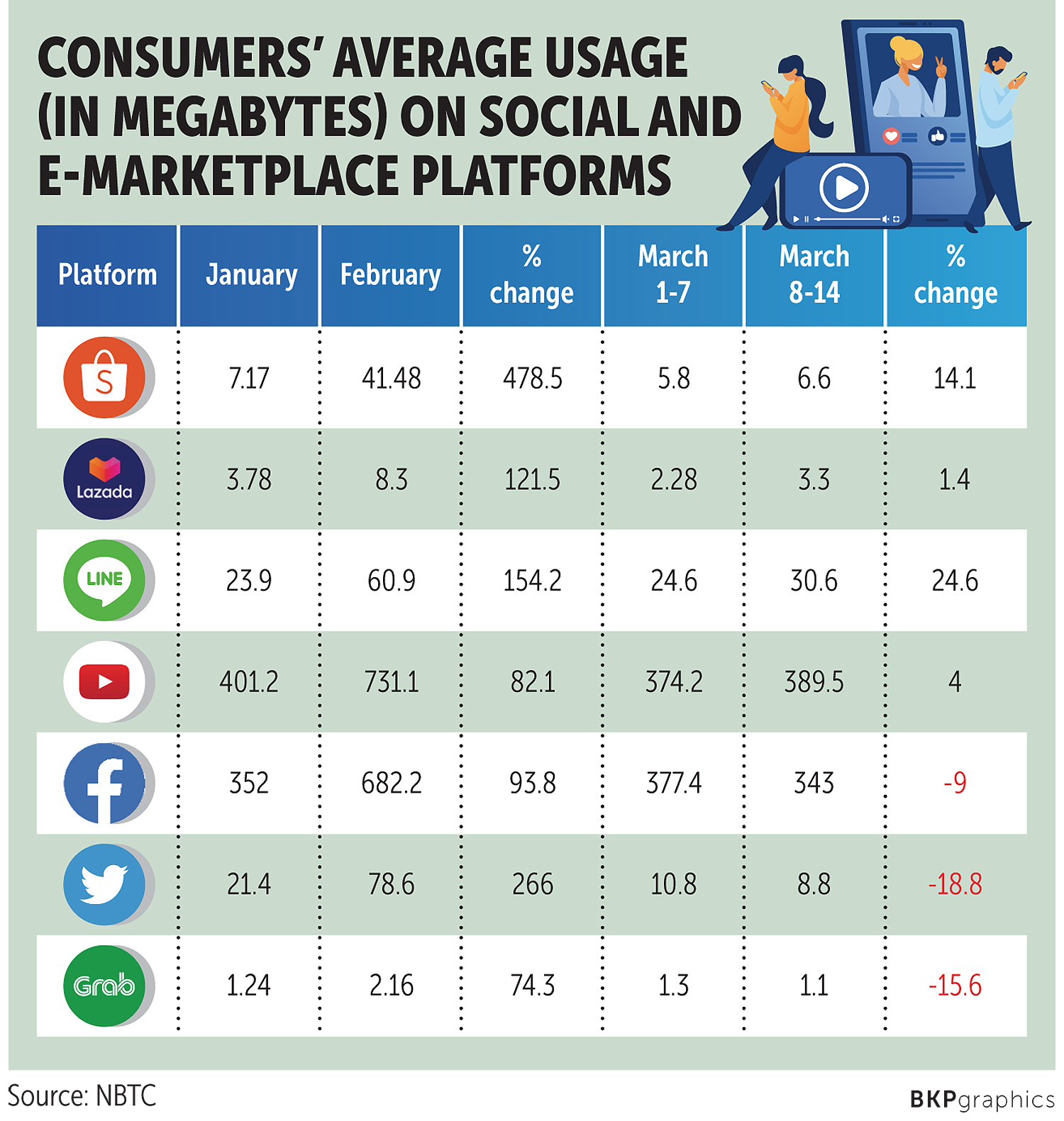 A recent online survey conducted through the Prute Ti Maat (behaviour measurement) application operated by the NBTC found that many companies are letting employees work from home to avoid catching the coronavirus.

Thais had higher engagement on several e-commerce and social platforms, including Shopee, Lazada, Line and YouTube, based on average usage in megabytes, in the first two weeks of March.

In the second week of March, Shopee users consumed an average of 6.6 megabytes of data per person, up 14.1% from the first week.

But Facebook, Twitter and Grab saw a drop in data consumption in the second week of March compared with the first week.

Takorn Tantasith, secretary-general of the NBTC, said the survey revealed that people's usage of social media and e-marketplaces continued to rise after the outbreak, as more people at state agencies and private companies shifted to working from home in Bangkok and other major cities.

"Internet usage in both March and April is expected to soar as many enterprises have gradually adopted work-from-home measures for their executives and employees," Mr Takorn said.

With the high use of the internet, the NBTC sought a commitment from nine internet service providers to ensure trouble-free services for customers in terms of quality and traffic speed, he said. The assurance is needed as the government supports its agencies in allowing work from home while the trend catches on among the private sector amid the outbreak.

Referring to a drop in usage of Twitter in the second week of March, he said it was likely from people focused on getting information about the outbreak through other platforms and paying less attention to politics, which dominates Twitter conversation.

Grab saw a decline in usage as people may be opting not to leave the house and may have food stockpiled at home in preparation for a city shutdown, Mr Takorn said.

Some 2,554 respondents were engaged with the recent survey. Prute Ti Maat has hit more than 10,000 downloads.

The NBTC has roughly 1,700 officials working at 48 NBTC offices nationwide.