Despite exports falling in February and the stampede of negative factors that have ensued, the Commerce Ministry still sees room for Thai export growth this year. 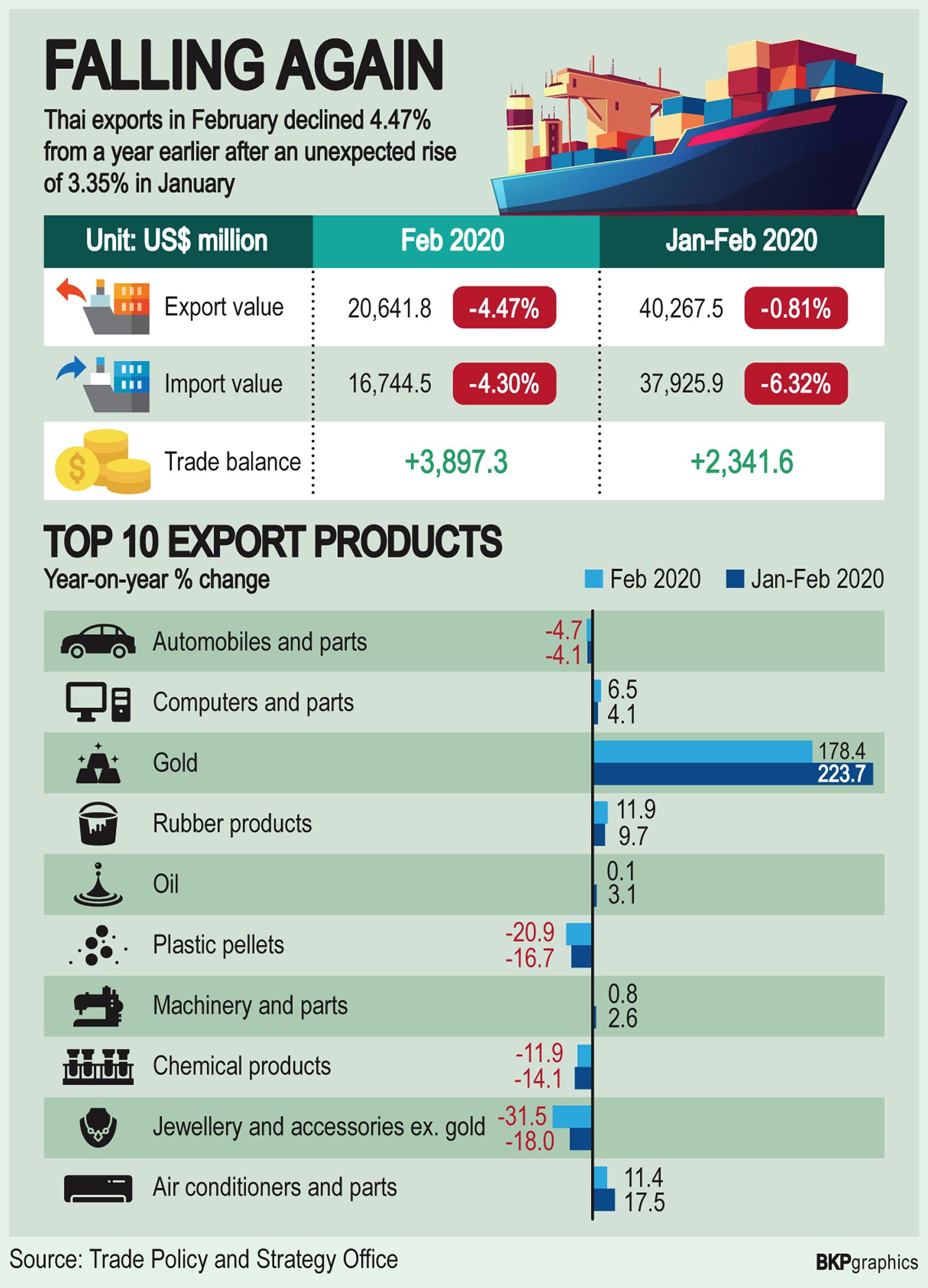 Pimchanok Vonkorpon, director-general of the Trade Policy and Strategy Office, said Thailand is competent in the food and agricultural industries as well as essential goods, while electronic shipments can recover, which account for 14% of total exports. The weakening baht and massive government interventions around the world for both monetary and fiscal policies can reduce the economic impact of the outbreak and stabilise global trade, she said.

Commerce Minister Jurin Laksanavisit also reiterated the importance of fruit exports in the Asean market. The successful implementation of the Asean Single Window will facilitate and enhance shipments to those countries.

The Commerce Ministry has adjusted its trade promotion strategy for the coronavirus pandemic by organising an online exhibition and online business matching, running from May-August 2020, said Ms Pimchanok.

Yesterday the ministry reported Thailand's customs-cleared exports fell 4.47% in February from the same month last year to US$20.6 billion after an unexpected rise of 3.35% year-on-year in January.

The contraction was attributed to lower oil prices and a high base from weapons exports last February, she said.

For the first two months, exports fetched $40.3 billion, down 0.81% from the same period last year, with a trade surplus worth $2.34 billion.

The office forecasts exports will grow 0-2% this year if shipments average $20.6-21 billion a month.

There were 40 more Covid-19 fatalities and 2,331 new cases in the country over the past 24 hours, the Public Health Ministry reported on Wednesday morning.