Car production is expected to plunge 37% to 1.33 million units this year, possibly sinking as much as 50% to 1 million if the coronavirus crisis drags into June. (Bangkok Post file photo)

Car production is expected to plunge 37% to 1.33 million units this year, possibly sinking as much as 50% to 1 million if the coronavirus crisis drags into June, says the Federation of Thai Industries (FTI).

Surapong Paisitpatanapong, a spokesman for the FTI's automotive club, said the global spread of the virus has hit the automotive industry and related industries hard.

In January, the club estimated that 2 million vehicles would be produced this year, already a conservative outlook at the time. Then in March, the club downgraded production estimates to 1.9 million units.

"The FTI is waiting to see the full effects of the Covid-19 outbreak on the automotive industry," Mr Surapong said. "It's difficult to say at the moment."

Sales in February fell 17.1% from the previous year. 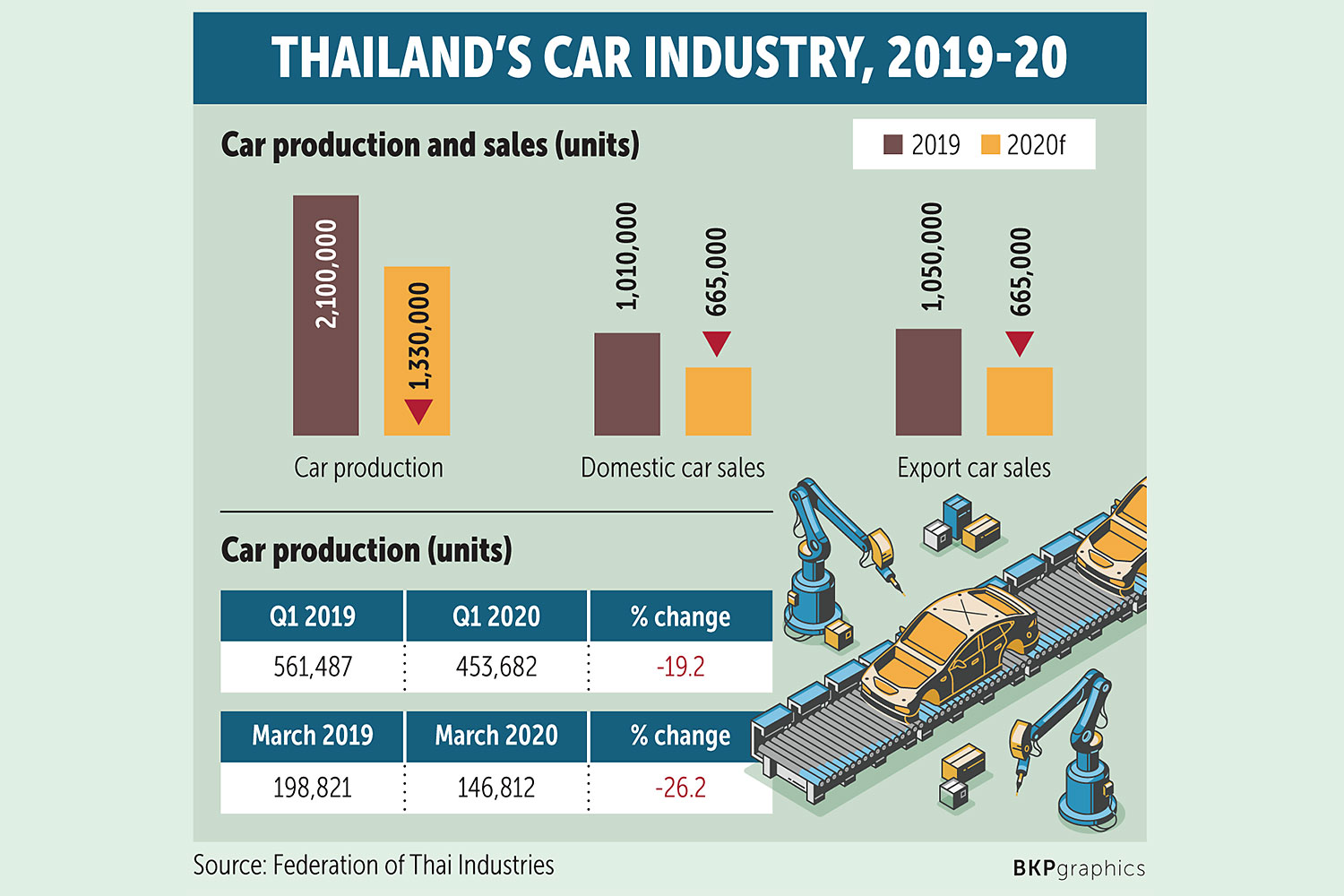 Thailand is a regional vehicle production and export hub for the world's top car makers.

In a normal April there are many holidays, and car makers typically shut down plants until April 30.

Global car makers such as Toyota, Honda, Mitsubishi, Ford and Mazda have shut down production lines from March to April because of falling car sales and the government policy to let employees work from home.

The club said the automotive and auto parts industries employ about 750,000 people in Thailand.

The two industries have no plans to lay off workers, but car makers have cut hours for many employees.

Toyota expects its production plant to operate as normal during May and June, he said.