TrueMoney Wallet, the largest electronic purse, saw leapfrog growth in March in terms of online payment and new customer acquisition as the viral outbreak ushered in a change in consumers' spending patterns.

Monsinee Nakapanant, co-president of Ascend Money Co Ltd, the operator of TrueMoney, said transaction amounts of the company's digital wallet have grown sharply amid the coronavirus outbreak, especially in March, as social distancing measures and contactless awareness have gathered momentum with the public.

"E-payment is growing at a fast pace during the pandemic as people work from home, and there has been a growing awareness of avoiding contact from person to person and with banknotes and coins," Ms Monsinee said. "We also see growth in e-wallet transactions in retail spaces such as Makro and 7-Eleven."

TrueMoney has the largest market share of non-bank digital payment operators in terms of users and offline merchants.

The movement was driven by the migration of non-credit-card shoppers from cash payment to digital wallet, while the prepaid virtual card can be used to spend via Mastercard's international payment network.

The basket size will likely increase as people go shopping less often, while the amount of purchases and money paid each time tend to increase.

Categories that have the most spending numbers are internet-hour top-up, digital content purchase, gaming items purchased at Google Play Store and Apple Store and 7-Eleven shopping.

The categories that have the most spending in terms of value are bill payment and retail payment. 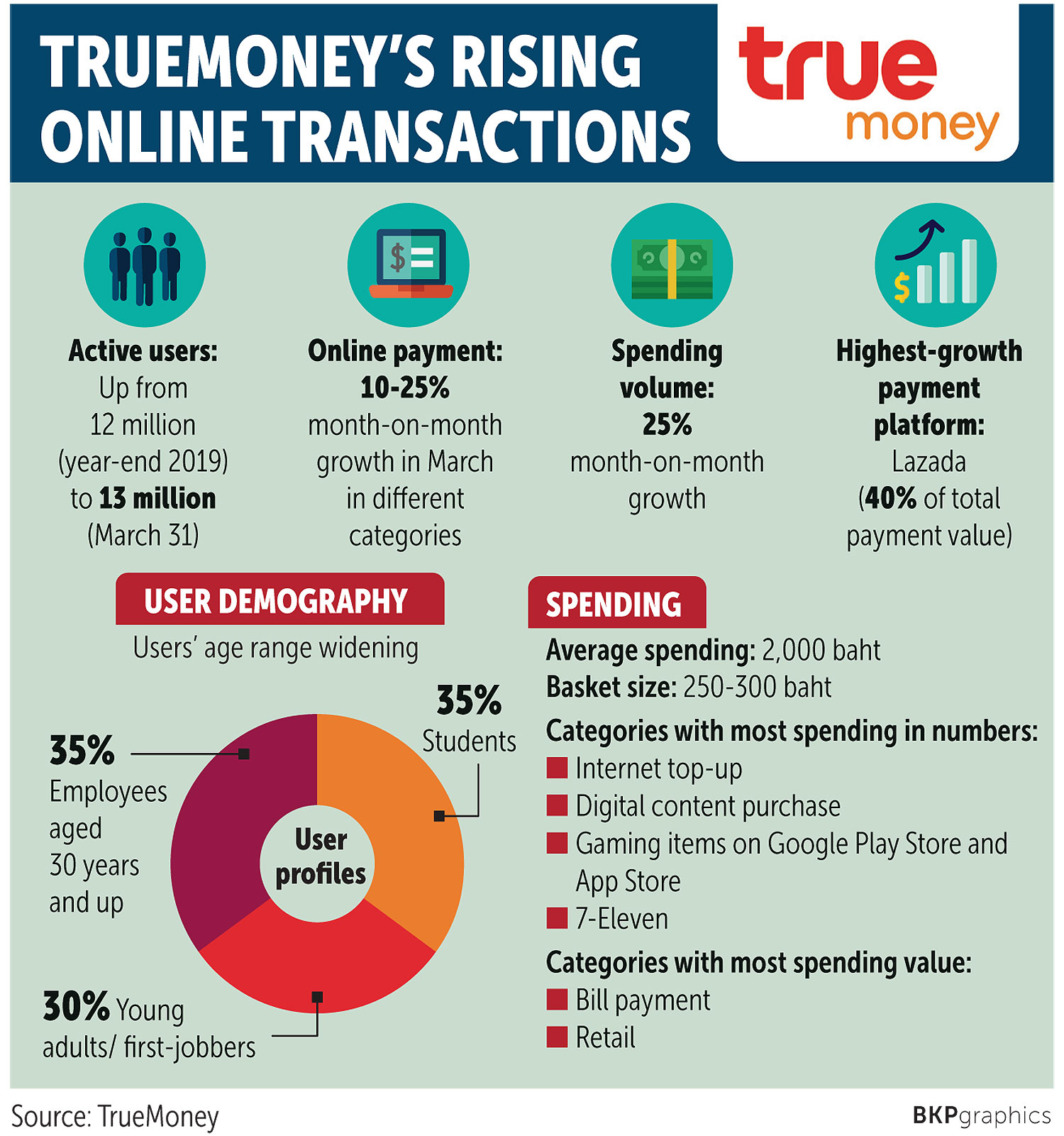 The users demography has also changed from mostly students to a wider age range from 10 to 60.

In terms of profile, workers and middle-aged people make up 35% of total users, equal to the ratio of students. The rest are first-jobbers.

The pandemic is also bringing a new paradigm in which public hygiene will be scrutinised and the company's positioning will not only be restricted to an every day payment platform, but also the linkage between customers and merchants, Ms Monsinee said.

"People have opened their minds about information sharing as the Covid-19 outbreak forces customers to try digital payment," she said.

TrueMoney has sets a growth target of more than 50% this year, driven by digital spending power.