With travel limited, companies are going digital to quench wanderlust and attract new visitors when the economy opens up

The global spread of the coronavirus has brought the world to a sudden freeze as everyday outdoor activities, including travel, are set aside in order to prevent a further outbreak.

In April, the UN World Tourism Organization announced the hashtag #TravelTomorrow to urge stakeholders in the tourism industry to show solidarity by insisting that travel can wait, instead using this time to prepare for recovery.

As most people cannot physically go on a trip, visiting dream destinations virtually remains an option as a number of tourism organisations globally have launched online campaigns to encourage holidaymakers to travel.

With cabin fever kicking in for many after a long period of self-isolation, surfing the internet to look at destinations online has gained popularity.

TAT governor Yuthasak Supasorn said the agency regularly communicates with visitors around the world via social media in an attempt to keep Thailand relevant when travellers are ready to hit the road again. 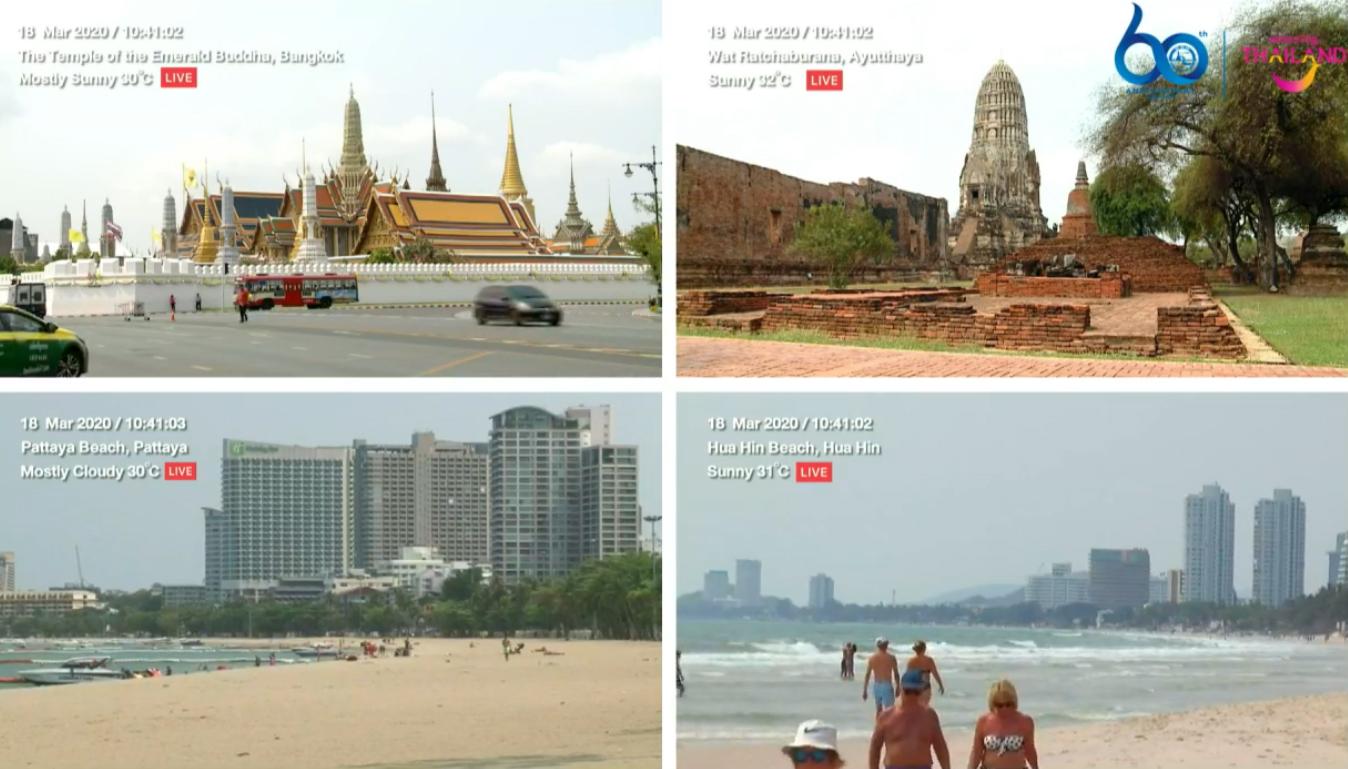 One of the most popular internet personalities for Thais, lightening up a stressful time during lockdown, is Moo Tun, the famous pygmy hippopotamus calf that is part of the parade of animals at Khao Kheow Open Zoo in Chon Buri, said director Attaporn Srihayrun.

He said the zoo had social media channels before the pandemic, but they were nowhere near as popular as now. The crisis created an opportunity to polish the potential of its online channels and keep in touch with visitors around the world.

Khao Kheow Open Zoo has been closed since March 18. Normally the park would be packed with children, with schools on break during this period.

"When the zoo received feedback from parents that kids were disappointed because they couldn't go and see the animals, we decided to offer Facebook live-streaming for the first time, allowing everyone to experience the lively environment at our zoo," Mr Attaporn said.

The zoo is targeting millennials by posting content on Twitter and Instagram. It has 30,000 followers, aiming to engage a wider age range of people who may become future visitors when the virus subsides.

The zoo plans to develop more technology, including an augmented reality app and zoo simulation game in which players can feed animals and donate towards food costs for animals at the facility.

"Technology is a powerful tool that can be used more efficiently to improve services and enhance visitors' experience," Mr Attaporn said.

Some 80% of visitors are locals and 20% are international visitors, mostly from China and Russia.

Mr Attaporn said many foreign tourists enjoy sharing their experiences on Instagram, which helps the zoo increase its popularity among tourists who come to Pattaya.

Initially the zoo planned on welcoming 1.15 million tourists and earning 170 million baht in fiscal 2020, but that goal has changed because of the pandemic. 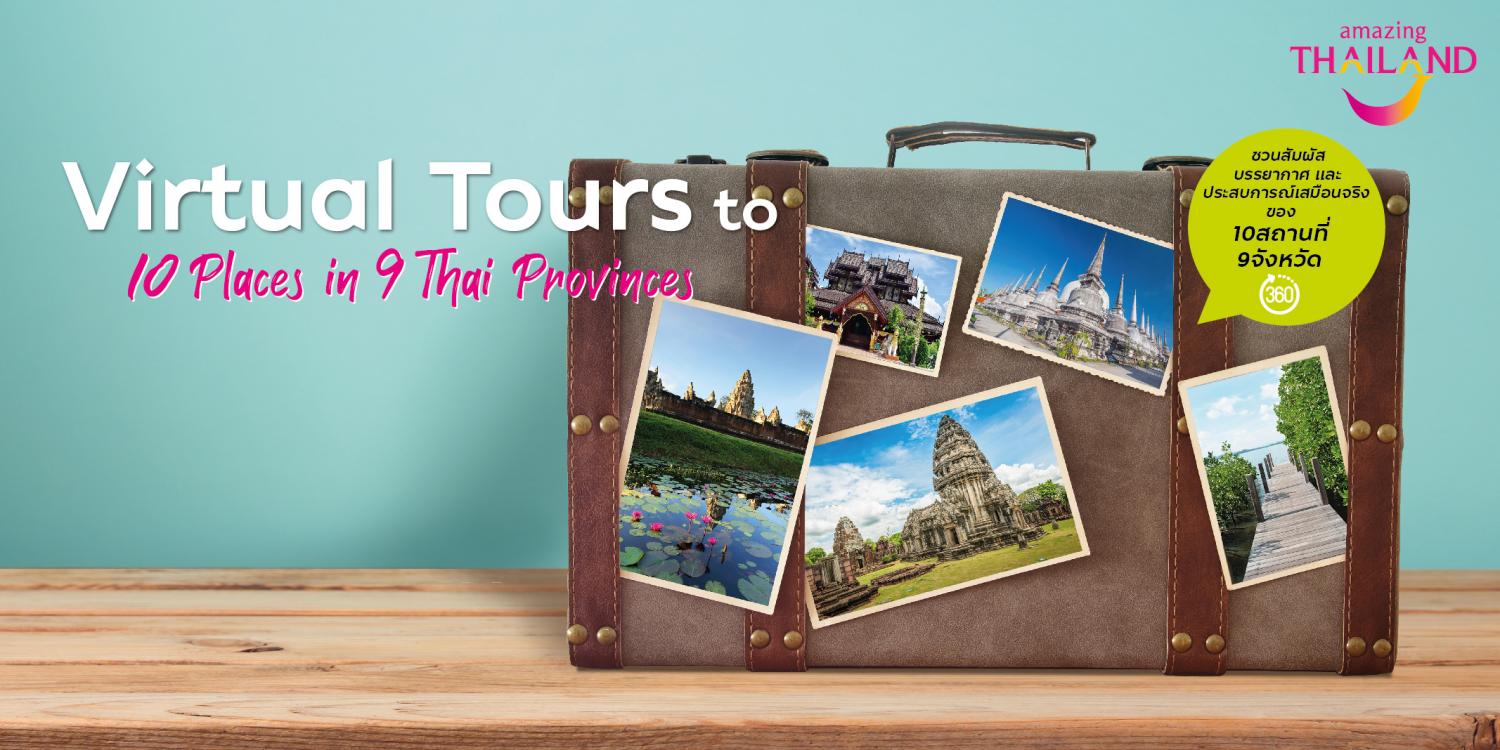 Countries that depend on tourism for their economic health are now turning to virtual experiences to keep in touch with travellers and reach new ones, hoping for a viral moment on social media. This means a greater focus on heavy internet users by certain tourism industries.

The Greek Tourism Ministry, the Greek National Tourism Organization and Marketing Greece introduced a tourism platform called "Greece from Home" with the support of Google in April.

Tourists can visit the country's destinations such as the Acropolis and Zakynthos Island, with travel information for future plans enclosed on sites. Social media feeds allow travellers to learn about Greek music, mythology, cuisine and arts through videos.

According to Insete, the institute arm of the Greek Tourism Confederation, international tourism arrivals in 2019 totalled 31.3 million, up 4.1%, and generated €18.2 billion in tourism revenue, a gain of 12.8% year-on-year.

Germany represented the top source market for Greece, followed by Britain and neighbouring countries in the EU that can connect via land transport such as Bulgaria and North Macedonia.

As of April 2020, Britain ranked 10th for most Facebook users in the world with 37 million users, while Germany ranked 16th with 28 million users, according to Statista.

The official Facebook page of Visit Portugal is using the #CantSkipHope campaign, the hashtag featuring a video with a narrator that was recorded with a smartphone at home to encourage tourists to stop travelling for now.

Last year Portugal welcomed 27 million tourists, an increase of 7.3% year-on-year. Tourism revenue grew by 8.1% to €4.28 billion, according to the National Statistics Institute.

Britain, Germany and Spain are the key source markets for Portugal.

The Tourism Authority of Thailand's Facebook and YouTube pages feature enticing videos of destinations to add to travellers' bucket lists.

The sharing economy, which relies on human connections, has collapsed because social distancing is required to prevent an outbreak, preventing in-person activities.

Airbnb, the marketplace for hospitality sharing, has adapted by introducing Online Experiences, interactive live-video sessions via the Zoom video conferencing app that offer various type of activities at different prices and at multiple times.

Activity hosts from any part of the world who are approved by Airbnb can share their expertise in arts, music, entertainment, cooking, dancing, history, culture, animals and wellness on the platform.

New online experiences can lead to real demand when the outbreak is controlled. 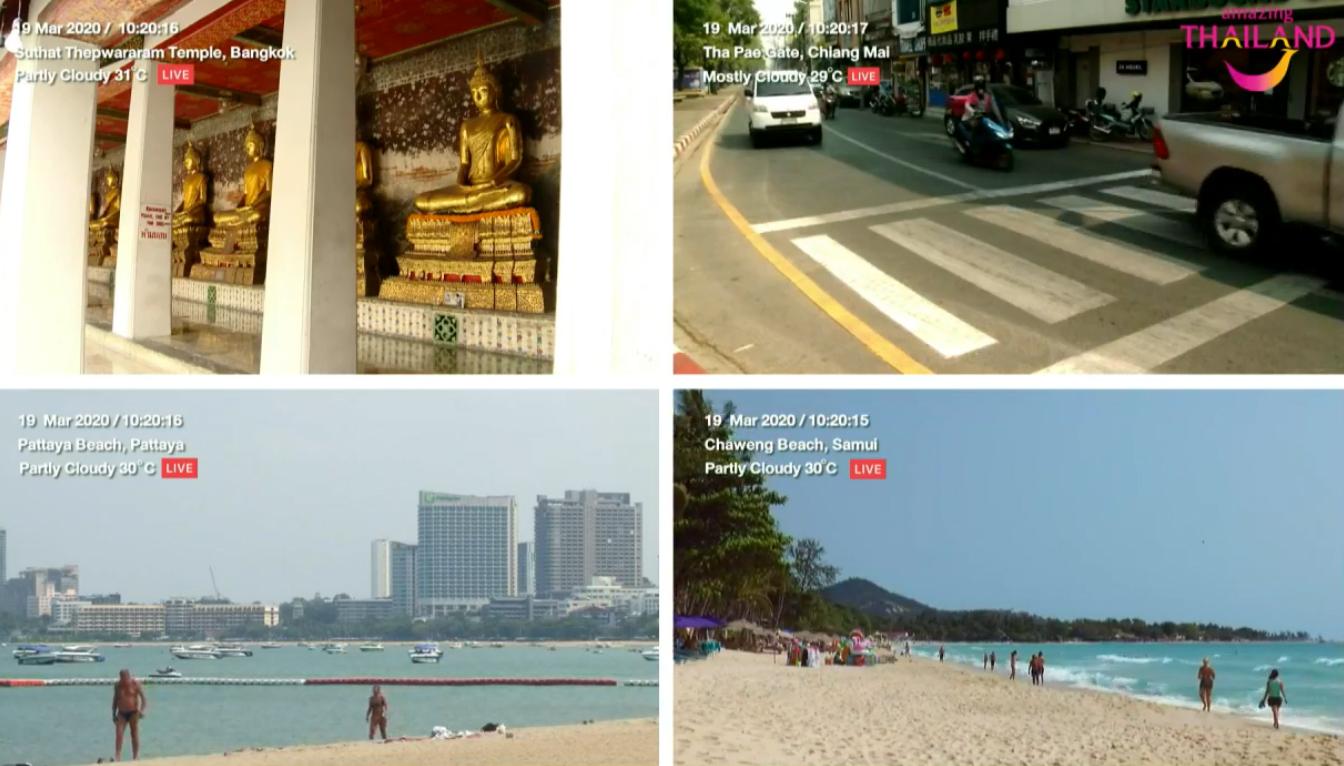 The TAT is promoting the #BooknowTravelsoon campaign to keep international tourists connected via social media.