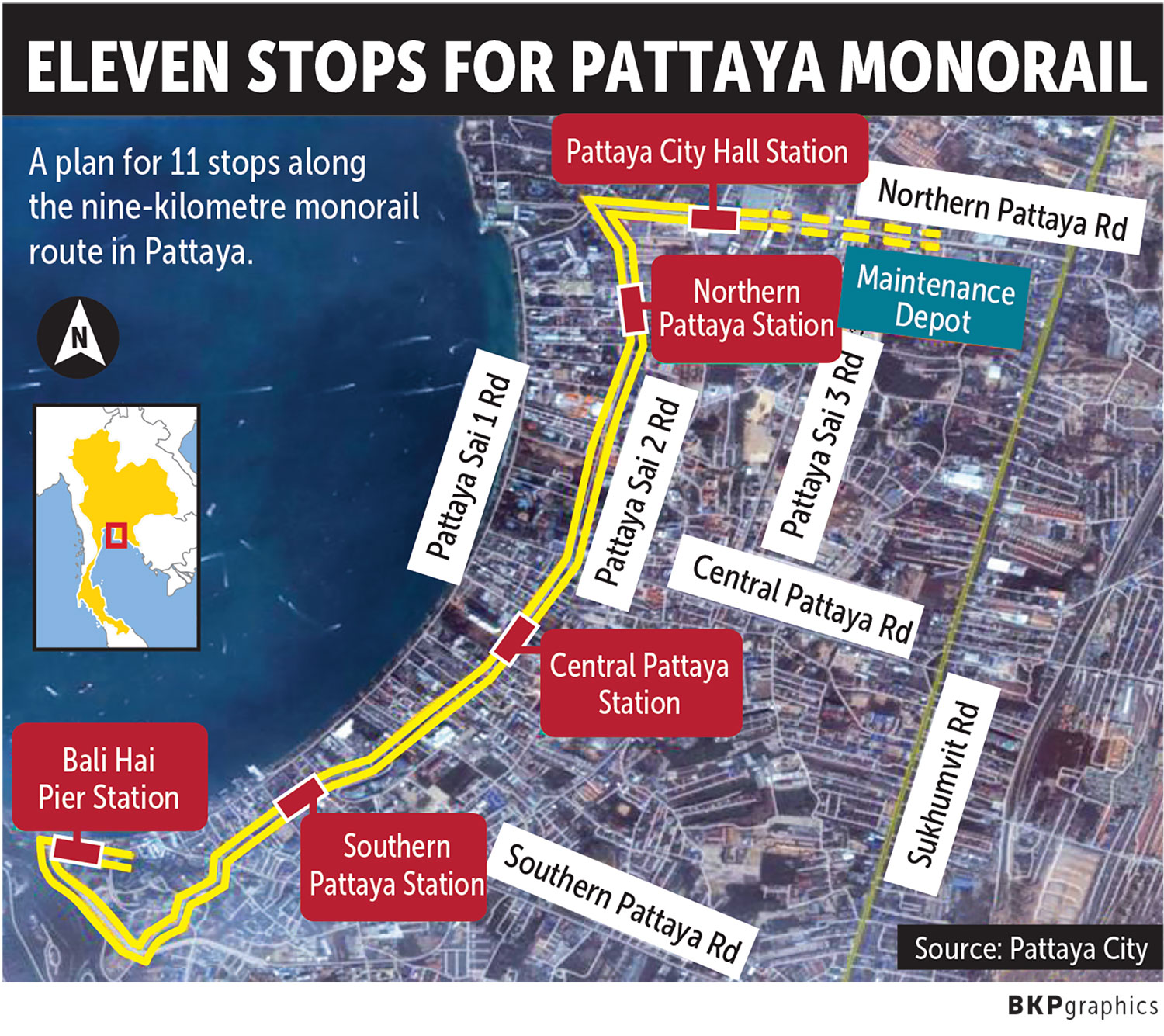 Pattaya deputy mayor Manote Nongyai said yesterday while Pattaya has a wealth of potential for economic development, it has been plagued with traffic problems caused by rapid urban growth and lacks an efficient public transport system, particularly in its downtown area which is a key commercial and economic centre.

Pattaya needs to develop a public transport system to facilitate travel across the city, Mr Manote said, adding that a highly efficient system will be in high demand after the Covid-19 crisis eases, which will see an influx of tourists return to the city.

He was speaking at a forum at Pattaya City Hall to gather public opinions on a project to conduct feasibility studies, assess environmental impacts and come up with designs for the development of a rail transport system.

Present at the forum were residents and various state agencies.

"For the future development of Pattaya, it is necessary to reduce the use of private cars while moving towards public transport in the form of an electric rail system to distribute wealth, promote tourism and help the industrial sector," Mr Manote said.

He said the Pattaya City administration has allocated a budget of 70 million baht for a feasibility study project, adding the rail project in Pattaya will be designed to link with the government's infrastructure development in the EEC which spans three eastern provinces of Chachoengsao, Chon Buri and Rayong.

Mr Manote said Pattaya City has hired a consortium of consultants to study designs and environment impacts, and the findings will be presented to Pattaya City.

Investment may be under the public-private partnership (PPP) model under the EEC's announcement, Mr Manote said.

But after a careful study and the first round of public hearings, it was agreed a monorail system would be the best option because it will cost less than the other two systems and have little impact during construction, Mr Pongtawee said.

The monorail system will involve an elevated structure made of steel-reinforced concrete, with piers each only 1.8 metres wide holding up the structure.

That means they do not take up much space during the construction, which makes them suited for the narrow road surfaces in Pattaya, he said.

He added there would be no need to expropriate much land along this route for the construction which in turn means there would be little impact on local residents.