Planting the seeds of profit growth

Mr Noppadol was appointed chief executive of IRPC in January 2019 after working at parent firm PTT.

When you're in the business of plastics, petrochemicals and synthetic materials, a bit of nature may be needed to bring balance.

A regular green thumb, he grows everything from local spice plants to avocados, difficult to raise in the Thai climate, plus a number of uncommon herbs like citron and bergamot.

"These plants require special techniques to grow until they are harvested," Mr Noppadol says. "To garden these specialty spices, you must have a fundamental knowledge through deep study of each plant and how they interact with soil, sunlight, moisture and the seasons, otherwise we will not have a harvest.

"This is the same model when doing business or facing any challenge that we should deeply study until we achieve the goal."

Without this balance of minerals, humidity, sunlight and temperature the plant would die, and so would the fruits of the harvest.

Keeping this balance in mind has given Mr Noppadol the sound business acumen to lead one of Thailand's most promising sectors and weather numerous challenges besetting the industry.

Ever since childhood, gardening has been Mr Noppadol's passion. He was drawn to watching the plants gradually grow, an incremental, delayed gratification that made him proud.

He says he feels relaxed being so close to the plants and trees and the wind that blows in between them. The garden might as well be a million miles away from the office and its industrial-scale production lines.

His career has spanned some of the highest and lowest moments in Thailand's oil and gas industry, from the 1997 financial crisis to the 2008 subprime loan meltdown to the current coronavirus pandemic. Three decades of peaks and valleys with the future ever more uncertain. 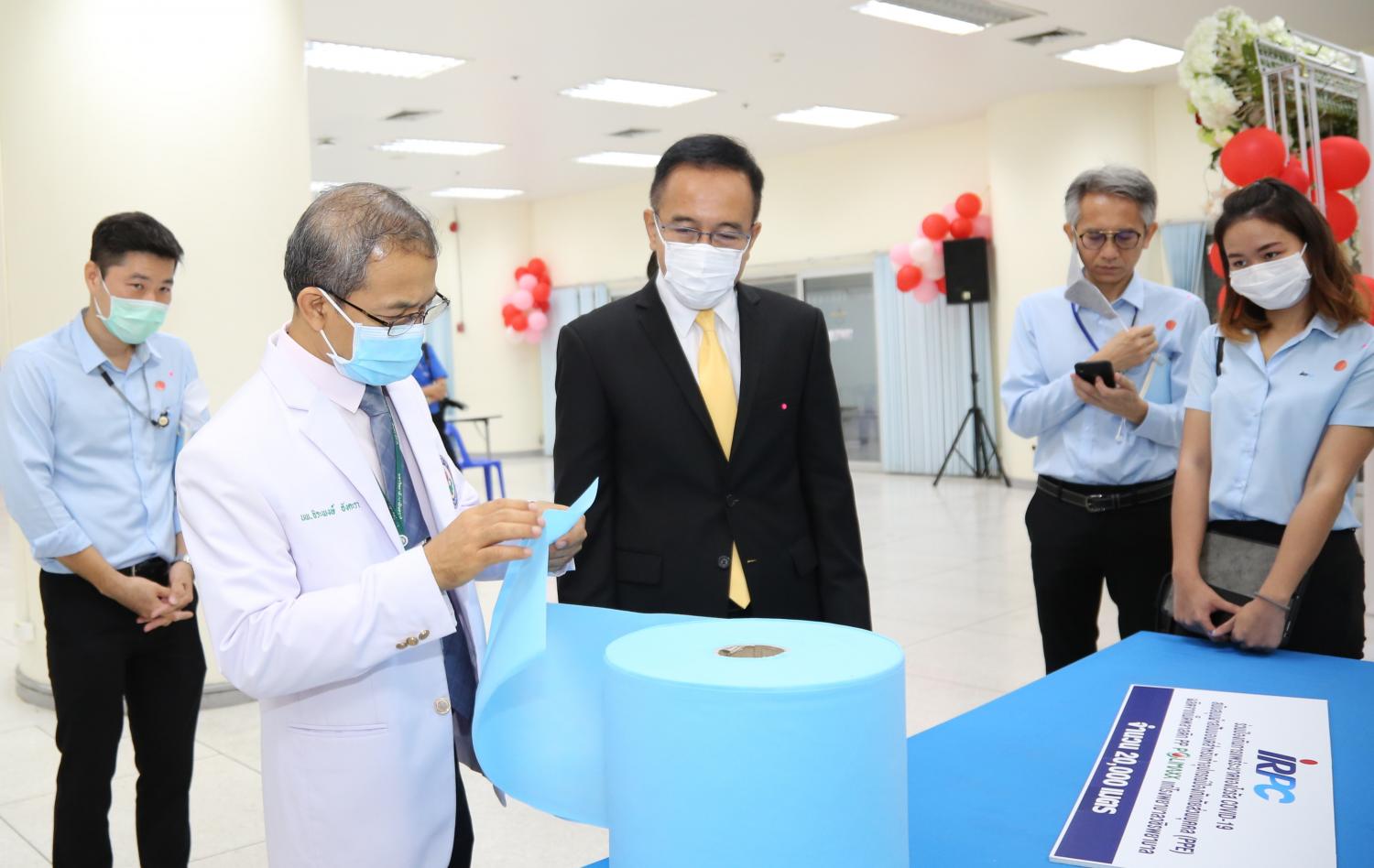 During the economic bubble of the 1990s, IRPC was born with the hope that the company would be the new star among petrochemical makers in Asia. The firm flexed its muscles with state-of-the-art technology and capital expenditure of over US$3 billion.

In 1995, the company listed on the Stock Exchange of Thailand. An enormous war chest of capital from the IPO was earmarked for new projects. After a two-year development period, several production plants in the firm's petrochemical complex in Rayong province were in the test-run period and some were nearly set to commence operations.

Then came 1997 and Thailand's financial market collapse, with negative consequences for IRPC, which was known as Thai Petrochemical Industry Plc (TPI) at the time.

Hope for the future of the fledgling industry took an enormous hit, decimating investor confidence. The baht devalued and TPI was ridden with foreign-denominated debt. The rising star became a sick man overnight on July 2, 1997.

For the next eight years, TPI was under tremendous financial strain as part of a court-ordered rehabilitation plan. Shareholders, suppliers and clients were in constant conflict until the central government stepped in to resolve the dispute.

PTT analysed the pain points of the sector with IRPC executives in order to make the company stronger and more adaptable to fluctuations in product prices.

"Most of the production process was designed to produce commodity-grade polymer, which was in hot competition among polymer makers in Asia, so PTT devised a plan to move into value-added products," Mr Noppadol says.

IRPC incorporated PTT's operational excellence into its business structure and created the Phoenix and Everest projects. The five-year Phoenix project cost $1.2 billion for 2007-11 and was aimed at making the integrated oil and petrochemical maker the petrochemical leader in Asia by 2014.

The project was divided into many phases and completed in 2012.

In 2015, the second-phase Phoenix project began with a 60-billion-baht investment budget and started showing results that year.

From 2013 to 2017, the company upgraded its production process and technology, focusing on cutting costs. Most of the project involved adding value to commodity-grade polymers and turning lower-margin fuels into polymer raw materials.

IRPC's return on investment rose from less than 5% in the past decade to nearly 14% as of September 2018.

After that, IRPC introduced two improvement projects: Delta (an investment in software with a focus on best practices and enhancing operational, commercial and procurement excellence) and Everest (a focus on efficiency enhancement and developing people).

After IRPC implemented many projects, commodity-grade polymers gradually evolved into specialty polymers and various products such as auto parts, electronic parts and raw materials for special purposes such as baby milk bottles, ultra-strength rope and components of energy storage systems.

"IRPC now can stand stronger amid the high fluctuation of petrochemical product prices because this year its high-value polymers will rise to 60% of total output by the end of the year from 55% last year, or 1.6 million tonnes per year, while low-margin commodity polymers will dilute to 40% this year from 45% last year," Mr Noppadol says. "We could no longer fight with giant commodity polymer makers like China, whose petrochemical production is very large, where small players cannot compete on price."

During the trade war between the US and China last year, IRPC saw an impact when a Chinese plastics maker suspended purchase orders. IRPC solved the problem by selling to Australia and Southeast Asian markets to offset the big drop.

Mr Noppadol says IRPC foresees a trend of health-related businesses in Thailand to serve the ageing society with plastic products.

To capitalise on the trend, Mr Noppadol introduced a work system called Agile New Way of Work Team (ANT) to focus on health and medical products. The ANT system puts IRPC's engineers and researchers in closer collaboration with clients like hospitals to streamline new product development.

A few months after ANT launched, the coronavirus pandemic spread throughout the world and boosted demand for medical and health products, as well as plastic-based food containers for deliveries.

"You would think that grouping people from different fields of work into a single team would create conflict and confusion, but instead it made our business stronger and more efficient because it shortened working time," Mr Noppadol says. "During the start of the Covid-19 spread, ANT could respond to the requests of medical staff for products such as personal protective equipment (PPE) that we could make and donate to hospitals to the tune of 5,000 sets."

ANT also designed and produced a negative-pressure room for coronavirus patients at a hospital.

Normally, if a member worked separately in each department without collaboration, it could take years to achieve a goal. But now, two ANT teams are focused on medical goods and another team will concentrate on innovations such as plastic parts for energy storage systems.

"It's a tailor-made polymer team because each application for plastics has many use cases," Mr Noppadol says. "So designing a product should be different in order to directly serve a client's needs."

FAMILY
- Married with a daughter