The Board of Investment (BoI) and Eastern Economic Corridor (EEC) Office have been ordered to speed up rejigging promotional privileges for five new S-curve industries to make them more enticing for foreign investment. 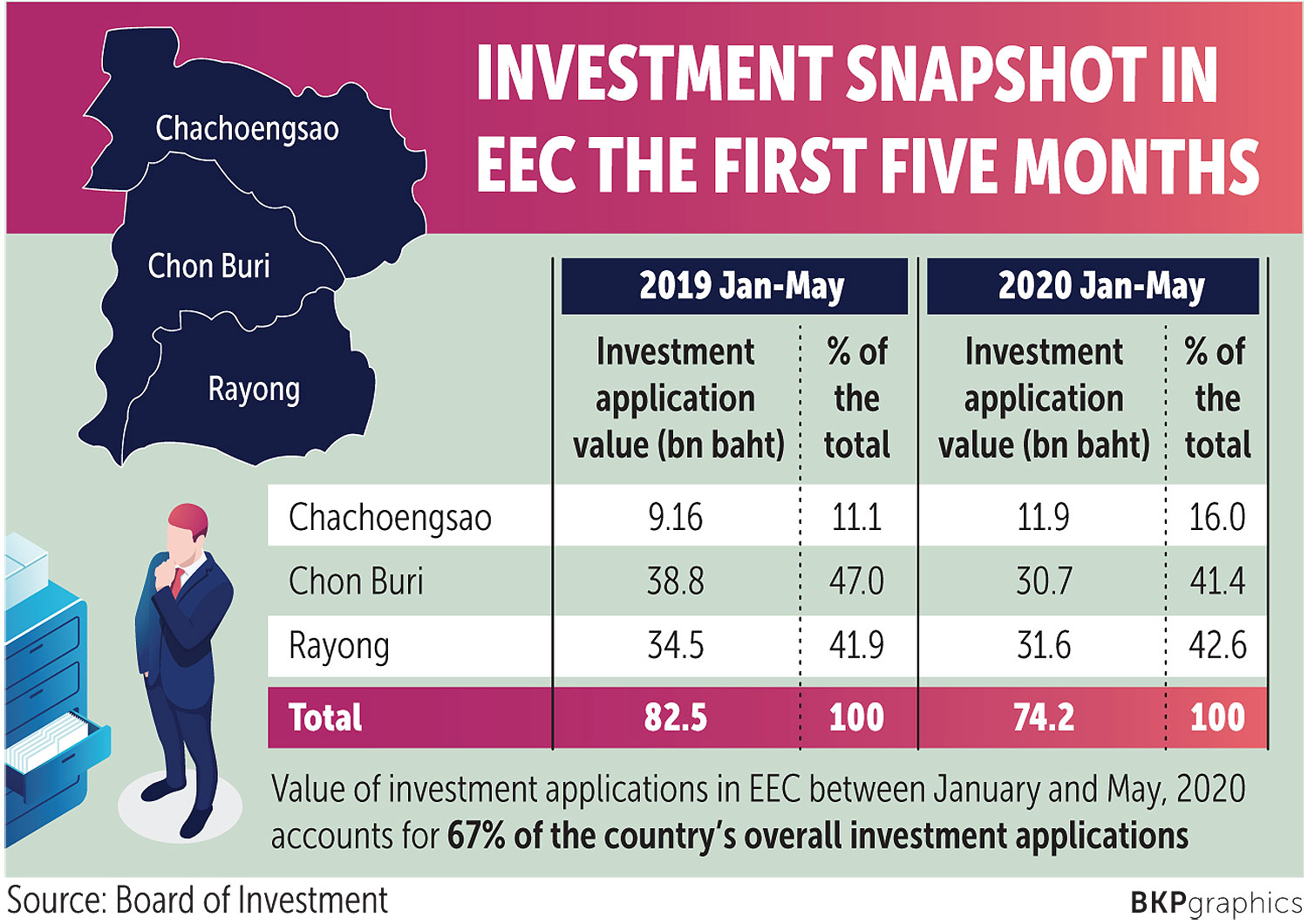 The BoI offers an exemption of corporate income tax for 5-8 years for 12 targeted industries, including five new S-curve industries (robotics, aviation and logistics, digital, biofuels and biochemical, and medical services).

The BoI reported applications for investment in the three EEC provinces comprising Chachoengsao, Chon Buri and Rayong in the first five months this year amounted to 74.2 billion baht, down 10% from 82.5 billion year-on-year.

Investment applications in 10 targeted industries (excluding defence and education development, data for which is not available yet) for January-May totalled 27.1 billion baht, making up 37% of the total.

Applications for the five new S-curve industries contributed 834 million baht and those of the old S-curve industries (electrical appliances and electronics; automotive and parts; petrochemical and chemicals; tourism; and agriculture and food processing) made up 26.2 billion.

"The EEC has kept in contact with foreign investors and in July the government is expected to ease the lockdown measures and allow foreign business travellers to enter the country," he said.

Mr Kanit said the Japanese Chamber of Commerce, Japan External Trade Organisation and foreign companies from South Korea and other countries have submitted a petition to the EEC, asking the government to permit foreign executives and technical personnel to enter Thailand to support continued investment in the corridor.

He said EEC is talking with the Public Health and Foreign Affairs ministries to support their calls.