Mr Somkid gives the keynote speech for the "Rehabilitating the Thai economy in the post-Covid-19 era" seminar.

All projects related to economic rehabilitation must be implemented by July as more businesses are expected to shutter in the export and tourism sectors that are still struggling, said Mr Somkid.

The farming sector rehabilitation scheme, which will incorporate the sufficiency economy philosophy, is an alternative for those who lost jobs and returned to their hometowns, he said.

Under the scheme, the state-owned Bank for Agriculture and Agricultural Cooperatives (BAAC) will offer 40 billion baht in loans with an interest rate of 0.01% to small and medium-sized enterprises (SMEs) in the farming sector to create a supply chain.

The government plans to finance half of the investment as seed money for farming SMEs, said Mr Somkid, with 22 billion baht in seed money funded by the 1-trillion-baht royal decree on borrowing.

Even a 10% success rate among SMEs participating in the scheme is considered satisfactory, he said.

Creating smart farmers is the right approach as a food shortage is expected next year if the pandemic lingers, said Mr Somkid.

"We must turn crisis into opportunity. We must become stronger from the inside," he said.

"Over the past 20-30 years, we have focused on exports, but from now on we must prioritise strengthening the domestic economy, with exports a byproduct." 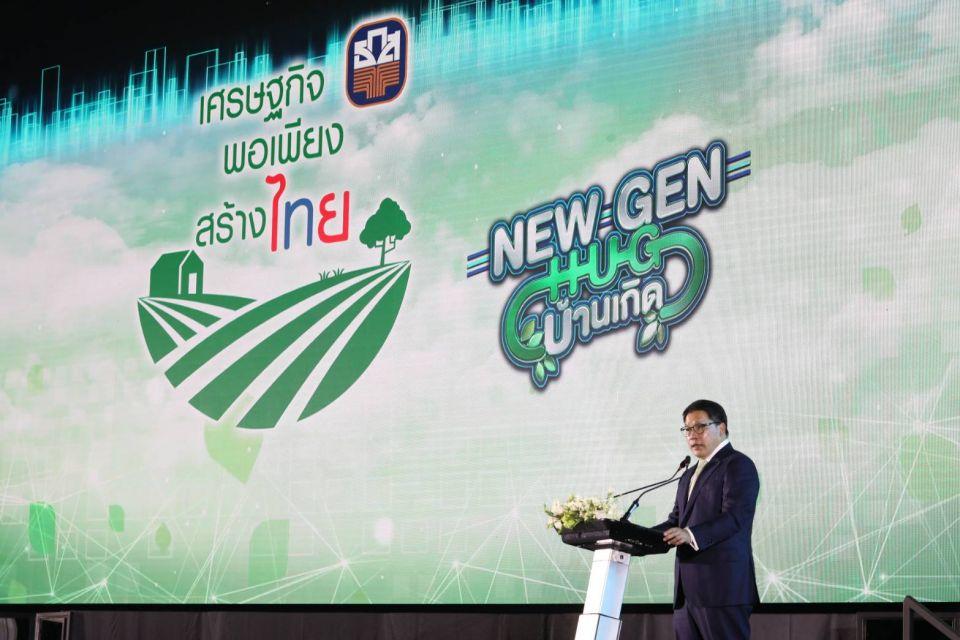 BAAC president Apirom Sukprasert said of the 310-billion-baht rehabilitation scheme, which is under the supervision of the bank, 50 billion will be funded by the government's budget and the remaining 260 billion will be offered by the bank.

The scheme aims to increase the incomes of 300,000 farmers, creating 200,000 new farm workers with technology and marketing savvy in the sector, and supporting 16,000 farming communities and 7,255 agricultural cooperatives and institutions.