To reopen or keep the borders shut to foreign tourists is a hotly debated topic in recent weeks, as the Thai tourism industry has yielded lucrative economic benefits for over two decades. 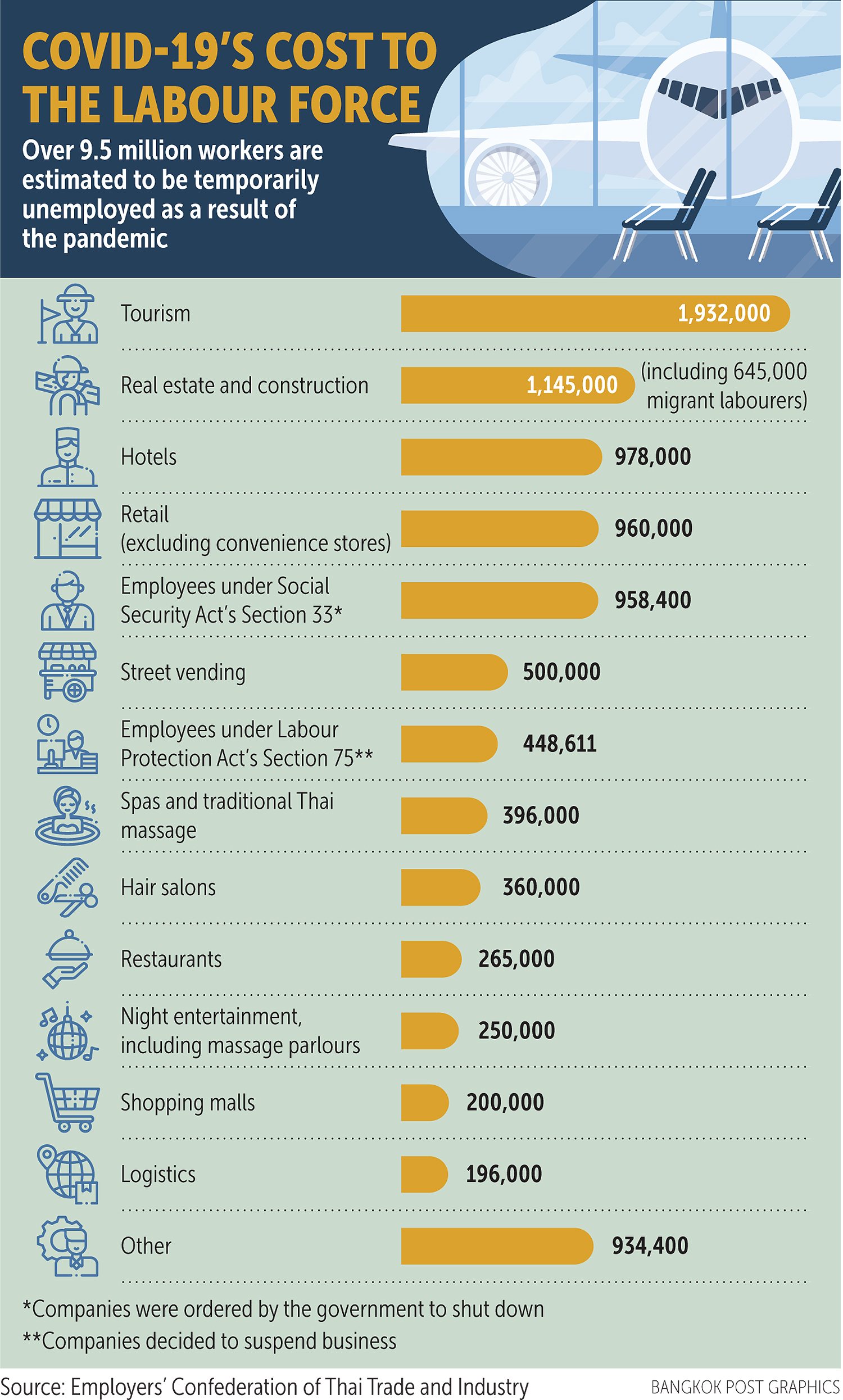 Last week, the Tourism and Sports Ministry coined the idea of a travel bubble scheme, which would be applied for the first group of international leisure travellers in August at the earliest.

Of 3.1 trillion baht worth of tourism revenue last year, two-thirds was revenue generated from the international market, which recorded a massive spike in arrivals to 39.8 million.

But since the coronavirus pandemic flared up, Thailand recorded zero international tourists for three consecutive months from April to June.

The Civil Aviation Authority of Thailand (CAAT) initially announced the first temporary ban on all incoming international flights on April 4-6 to curb the virus contagion.

The CAAT extended its inbound flight ban from April 7-18, followed by a third ban effective from April 19-30.

The temporary ban on incoming passenger flights was kept in place for May and June.

Flag carrier Thai Airways International Plc was the first domestic operator to report financial figures in the red, another setback for the airline as it filed for business rehabilitation with the Central Bankruptcy Court.

But while many low-cost carriers barely remain solvent after the government's permission to gradually resume domestic routes from May, some of them cannot avoid a bitter farewell.

The three-month inbound flight ban cost NokScoot, an offspring Thai-Singapore investment, causing it to shut down permanently with 425 employees abruptly losing their jobs.

As a purely long-haul low-cost carrier, it had to ground all five jets, losing its only revenue source.

But this is not the first time the Thai aviation industry has experienced massive job cuts during this pandemic.

Three months ago, many airlines had to offload hundreds of workers to stay afloat, as people were not in the mood to travel with a virus outbreak and plenty of border restrictions in place. 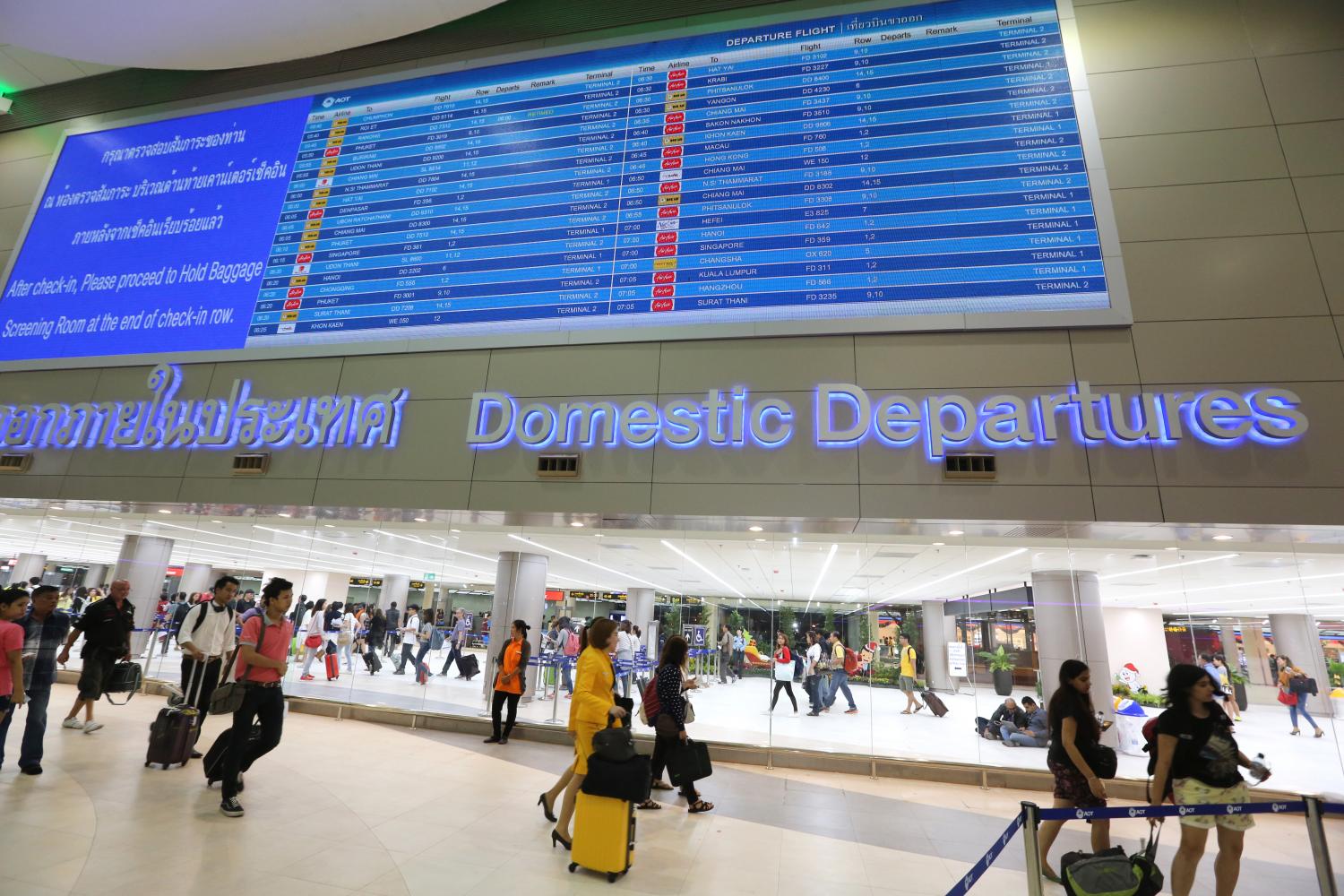 Experts say domestic tourism alone will not save the industry. Pattanapong Hirunard

Of that number, 4,000 are active licensed pilots whose salaries were severely cut because of the difficult financial status of airlines.

At the beginning of the crisis, NokScoot laid off more than 20 pilots, and another 66 pilots followed when it decided to shut down last month.

Unfortunately, the aviation industry was left out when the government distributed financial aid to those suffering from the pandemic.

"Employees could get compensation from the Social Security Fund if the business was closed due to the virus. But airlines cannot just close and reopen easily like others, because they have to take into consideration the troublesome process when they apply for all of the licences again," he said.

Mr Sanong said the situation is still unpredictable. But if international tourists can come back in August, the industry will stabilise gradually.

"From a credit perspective, liquidity risk is the greatest concern for all airlines in the near term. For the medium term, we expect most airlines will be under strain to maintain positive cash flow and meet obligations while on a slow recovery path."

Until a vaccine is successfully produced and made available to a large portion of the global population, it is expected travel restrictions in some form will continue to be in place, said the domestic rating agency. 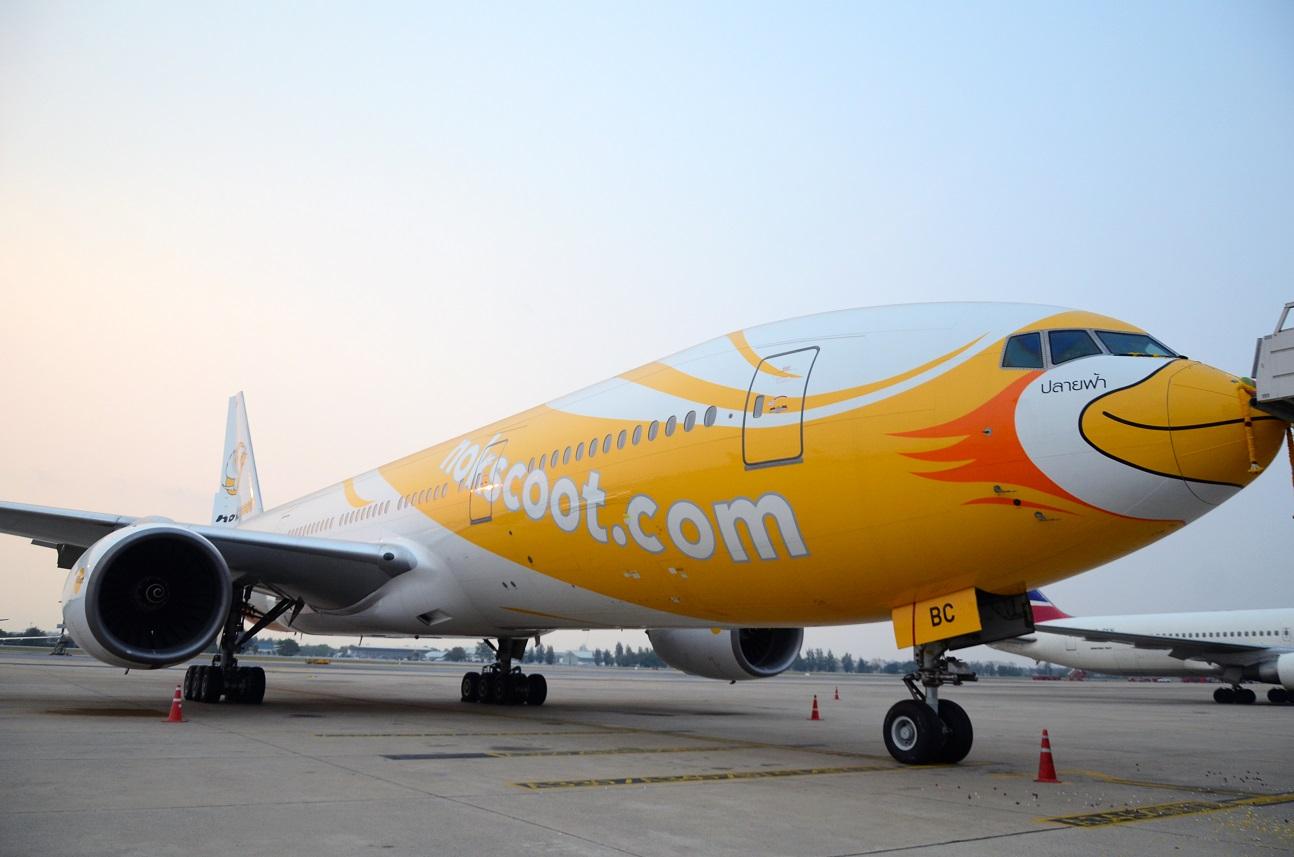 NokScoot, a joint venture of Thailand's Nok Air and Singapore Airlines' Scoot subsidiary, is one of the registered carriers that has ceased operations in the wake of the pandemic.

None of the airlines expect to benefit from this relaxation as this group is still a limited number of arrivals.

Nuntaporn Komonsittivate, head of commercial operations at Thai Lion Air (TLA), said the airline is still unsure how it will accommodate flying those passengers into Thailand.

TLA is depending on domestic revenue from 13 routes across Thailand, which now have a load factor of around 70%, a slow uptick compared with May and June.

She said even though the airline can run its operations more smoothly with domestic-based income, it is not in good shape because there are still many limitations to business expansion, particularly as people are worried about boarding an aeroplane.

Ms Nuntaporn said there are also concerns among locals about how Thailand will welcome inbound travellers without triggering a second or third wave.

This scenario gives airlines pause, as they understand the responsibility they have in protecting the Thai economy from another outbreak. On the other hand, they depend on international services to survive.

Regarding the tourism stimulus package from the government, including subsidies for domestic airfare, she is worried airlines may not benefit from this scheme compared with hotels if people are not confident about air travel and choose to drive to a closer destination.

Regarding speculation that TLA may shutter, Ms Nuntaporn said all staff can look forward to a brighter future and help support the company as much as their positions allow.

"Everybody is trying hard to save on operation cost to get through this difficult period," she said. 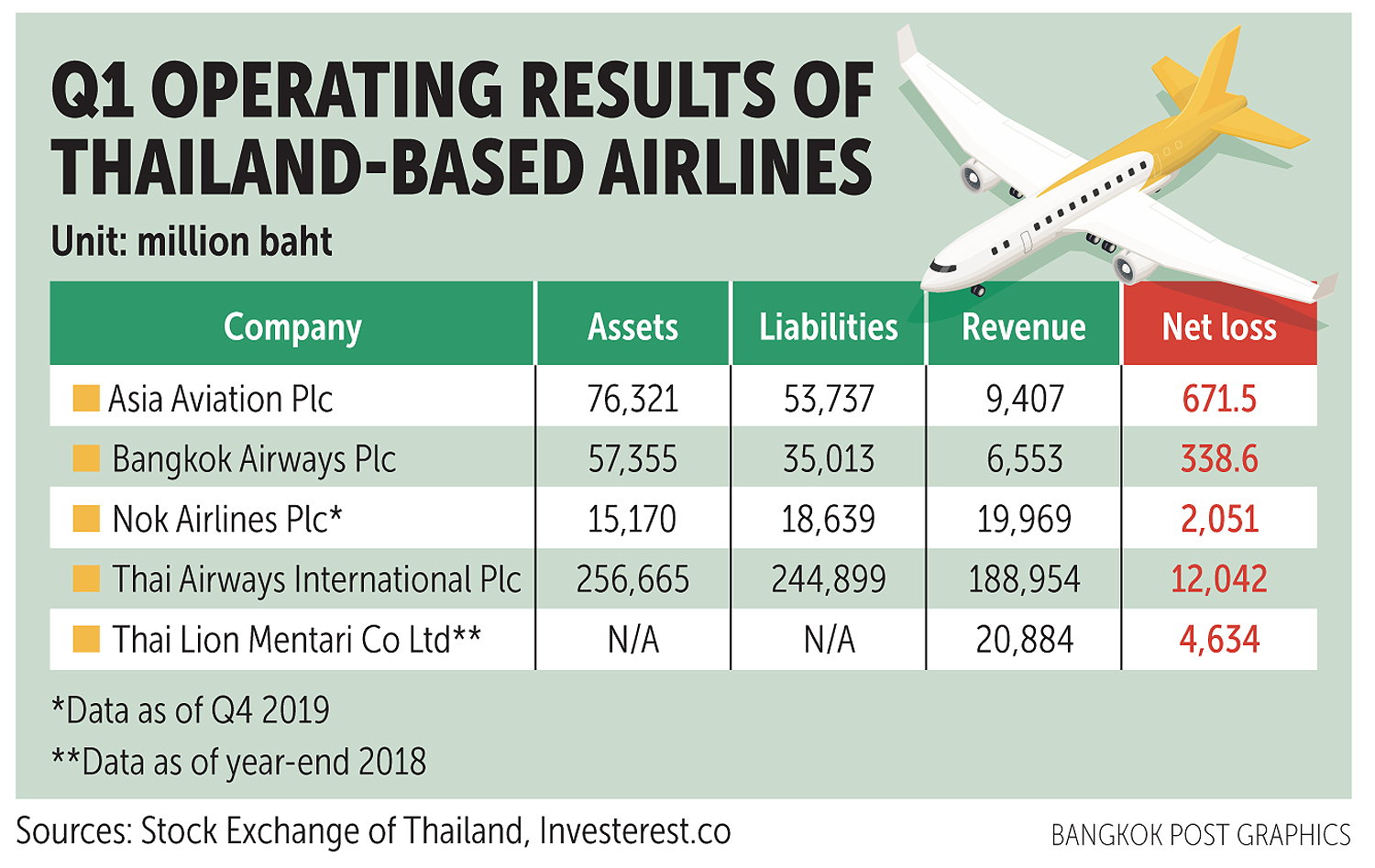 Even though the average load factor can increase to 80% from 60-70% if the stimulus plans take place in the second half this year, the aviation industry still needs financial aid from the government, he said.

TAA is one of eight airlines requesting soft loans to avoid layoffs.

Mr Santisuk said he does not want what happened to NokScoot to repeat in the future, but it is very difficult to predict in these uncertain times.

He believes the government should consider airlines one of the major forces driving Thai tourism and help the industry as it is in peril.

She said bilateral travel agreements have to prioritise the highest safety levels in terms of operation standards and public health and safety.

Though the outbreak is a chance for Thais to travel domestically, domestic tourism alone will not help the tourism industry to reach the same levels as before the outbreak hit, said Ms Binh.

"The Thai population is 70 million, while the industry served a record of almost 40 million international arrivals last year," she said.

Promoting domestic travel can help partially absorb the impact of the lack of foreign arrivals, while waiting for international routes to reopen, said Ms Binh.

Thai Vietjet expects the travel bubble scheme to be considered from August onward as the virus situation in each country in the region is improving significantly.