Game casters and e-sports players have become the careers young people dream of, and they follow up by training hard to achieve their goal. But the recent push for a new draft law governing the sector with an aim to protect children from violent games has caused panic throughout the industry.

A renowned gamer, Chaniknan "Pi Wan" Thippairot, sparked outrage earlier this month as he told his gamer peers that the legislation would ban first-person shooter (FPS) game competition and prohibit gamers from streaming their games more than two hours a day out of health concerns.

His comment prompted netizens and gamers to lambaste the legislation, which they think would deprive them what some see as a fundamental right to play games.

One of the legislators later told the Bangkok Post that Mr Chaniknan's remarks were untrue, as no such details are contained in the draft. But the lawmaker then noted that children must have appropriate time limits on playing violent games and game ratings must also be ushered in.

The government is challenged with striking a balance between child protection from violent games and the rise of the e-sports business.

Thailand's game market grew 16.6% year-on-year to 23.3 billion baht in 2019 with 27.8 million active gamers, according to mobile operator Advanced Info Service (AIS). The industry's revenue is expected to grow to 27 billion baht this year. 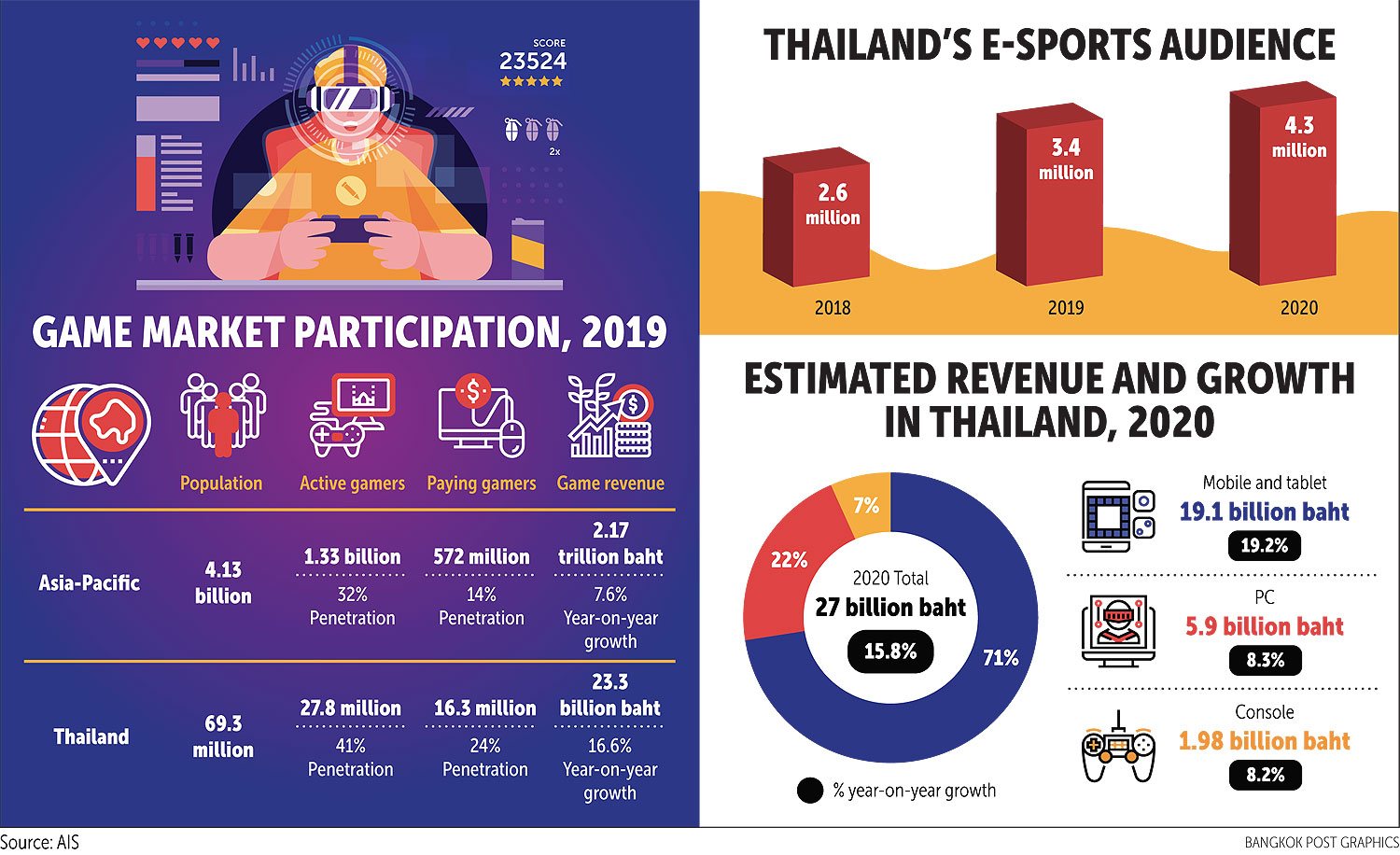 A subcommittee of the National Commission on the Promotion of Child and Youth Development started looking into e-sports activities after the Thailand e-Sports Federation (TESF) sought to be listed under the Sports Authority of Thailand (SAT) in 2017.

The TESF was recognised by the SAT in July that year. This was also approved by the Tourism and Sports Ministry, conferring the broad perception that the government accepted e-sports as a sport in Thailand.

Teerarat Pantawee, a member of the subcommittee and chairwoman of the Youth Radio and Media Association, said the move drew flak from many quarters, including some other state agencies, as there has been no broad discussion or any consensus on the issue. Concerns for children's well-being are also under focus.

In many countries, e-sports are not recognised as a sport, including the United States, she said.

"Many children tell their parents they want to become a professional e-sports player and need training, which has caused arguments in families," Ms Teerarat said.

The subcommittee then held a series of events to provide information for parents on how to take care of children involved in gaming. This included explanations to the public that becoming a professional e-sports player may not be an easy road for kids.

Research by the Department of Mental Health, Ms Teerarat said, showed that of 1 million children playing games, 100,000-200,000 of them are at risk of becoming game addicts.

"Only 10 out of 1 million can become professional e-sports players," she said.

Ms Teerarat and allies then joined forces to draw up a draft resolution aimed at protecting young gamers to be pushed through by the National Health Assembly, which gathers the public, state and academic sectors. The assembly is under the National Health Commission Office (NHCO).

The draft was later approved by the assembly and put forward to the NHCO.

The NHCO tabled the resolution before the cabinet, which later approved and sent the draft to state agencies as guidelines to apply.

The resolution consists of four key tasks, including the formulation of the draft law to protect children and youth from game engagement.

Others tasks concern creating e-sports competition standard guidelines by the TESF, organising public events to create understanding about e-sports, and enforcing existing laws for game-related violations, such as gambling.

A steering committee, chaired by Ms Teerarat, was then set up to move the resolution forward, including drafting the law. The work is supported by Thailand Science Research and Innovation (TSRI).

The hearings were then conducted with the participation of state agencies, gaming circles and telecom operators to usher in the legislation.

If games are violent, "an appropriate time limit will be applied", Ms Teerarat said, citing the draft law. "Letting kids play games that are not suitable for their age all day long is not a viable option."

The draft does not contain the exact time limits.

Ms Teerarat said there is no stipulation of "two hour" limits for game engagement or banning certain game types in the e-sports competition as reported by the media. She called these "talking points" that may have come out of the hearing sessions but are not in the actual draft.

The draft also ushers in game ratings to make sure children play games that suit their age. The rating details will be defined again under ministerial regulations.

Ms Teerarat said that according to medical professionals, child game addicts lose forebrain capacity, damaging their ability to think and analyse, instead leaving them to rely heavily on their emotions.

"They are more likely to develop further addictions," she said.

According to Ms Teerarat, the draft concerns the protection of children and youth, the latter defined as those aged no more than 25.

"But children aged 15 and those aged 25 may not be able to play the same violent games," Ms Teerarat said, adding that the goal is to make sure gamers are playing games suited to their age.

She said the draft legislation has been sent to TSRI for vetting. After the vetting is completed, TSRI will be open for any parties to further put it into law.

On July 17, Ms Teerarat said she will report the draft to Deputy Prime Minister Anutin Charnvirakul for consideration.

Responding to concerns that the draft law could hinder the progress of e-sports, which is touted as a new economic driver, Ms Teerarat said: "I understand children who play games want to gain an income, but they must also know that not everyone gains success. Whatever they do by not exchanging their future or health with this success is something we are happy to see." 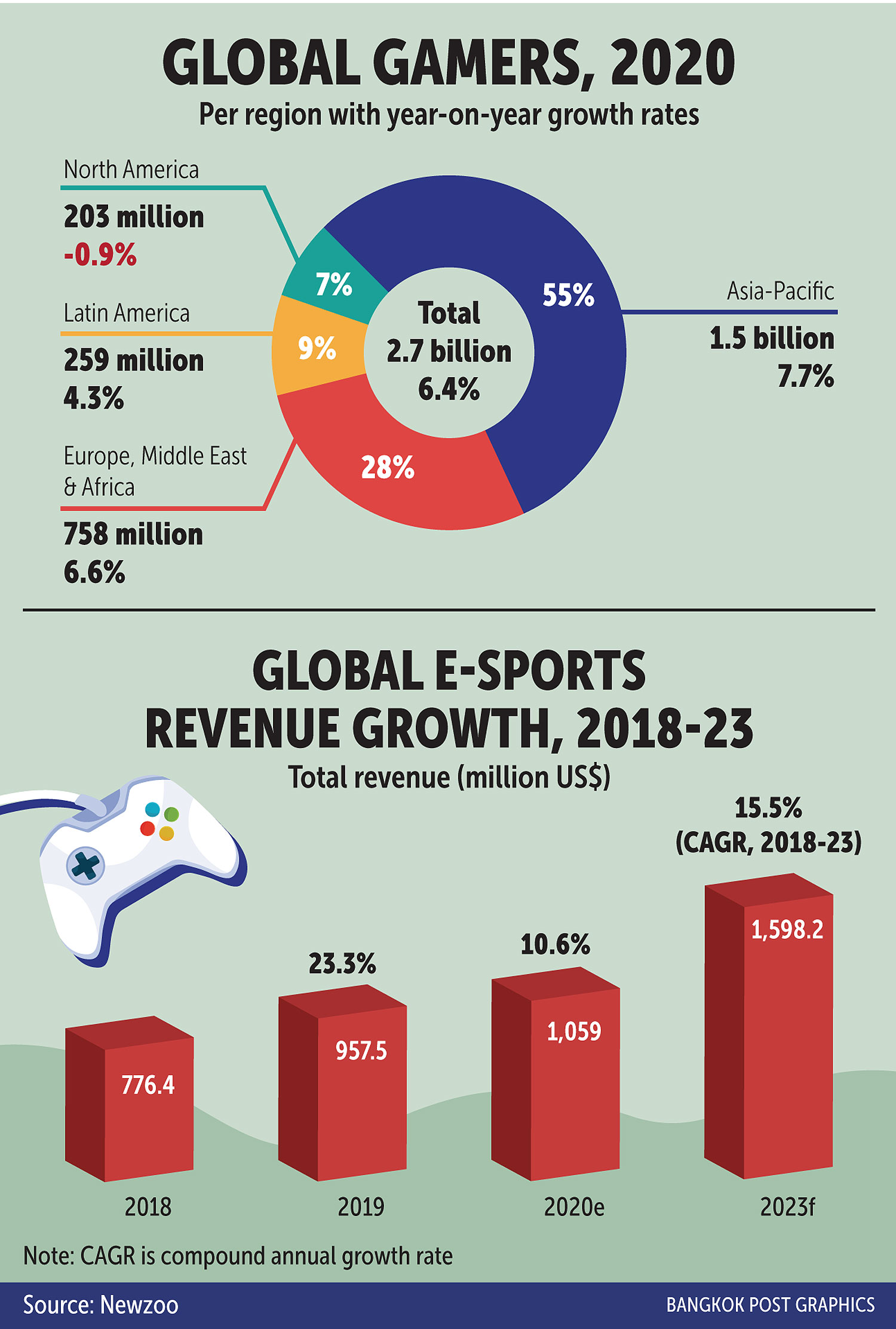 Pramoth Sudjitporn, vice-chairman and chief executive of Asiasoft Corporation, an SET-listed online game service provider, said that instead of applying a ban or time limit, Thailand may seek a certain level of control and management, as well as educating the youth on how to play games in a manner that does not harm health.

"Educating them will protect gamers' health, and this will not limit their creativity," he said.

Mr Pramoth conceded the negative side of gaming, including game casters who dress provocatively or those who use swear words to attract audiences.

"These types of players can be reported or banned," he said.

According to Mr Pramoth, gaming is low-cost entertainment with easy access. There are at least 5 million daily active gamers in the country, while the number of casual gamers could be as high as 10 million.

In practical terms, limiting game streaming time is a difficult task because game operators are not based in Thailand. There are a slew of game streaming platforms, include Facebook, YouTube and Twitch, as well as other specific apps.

Game rating and censorship can be applied to violent games.

"This is a time when Thai society should see e-sports as a real sports profession that needs practice for competition, not just to see gamers as game addicts," Mr Pramoth said.

"If it is too strict, it will impact e-sports activities and the growth of gaming," he said.

"Games can inspire youngsters' interests or help them learn new skills and new technology, such as augmented and virtual reality, as well as artificial intelligence and cybersecurity," he said. 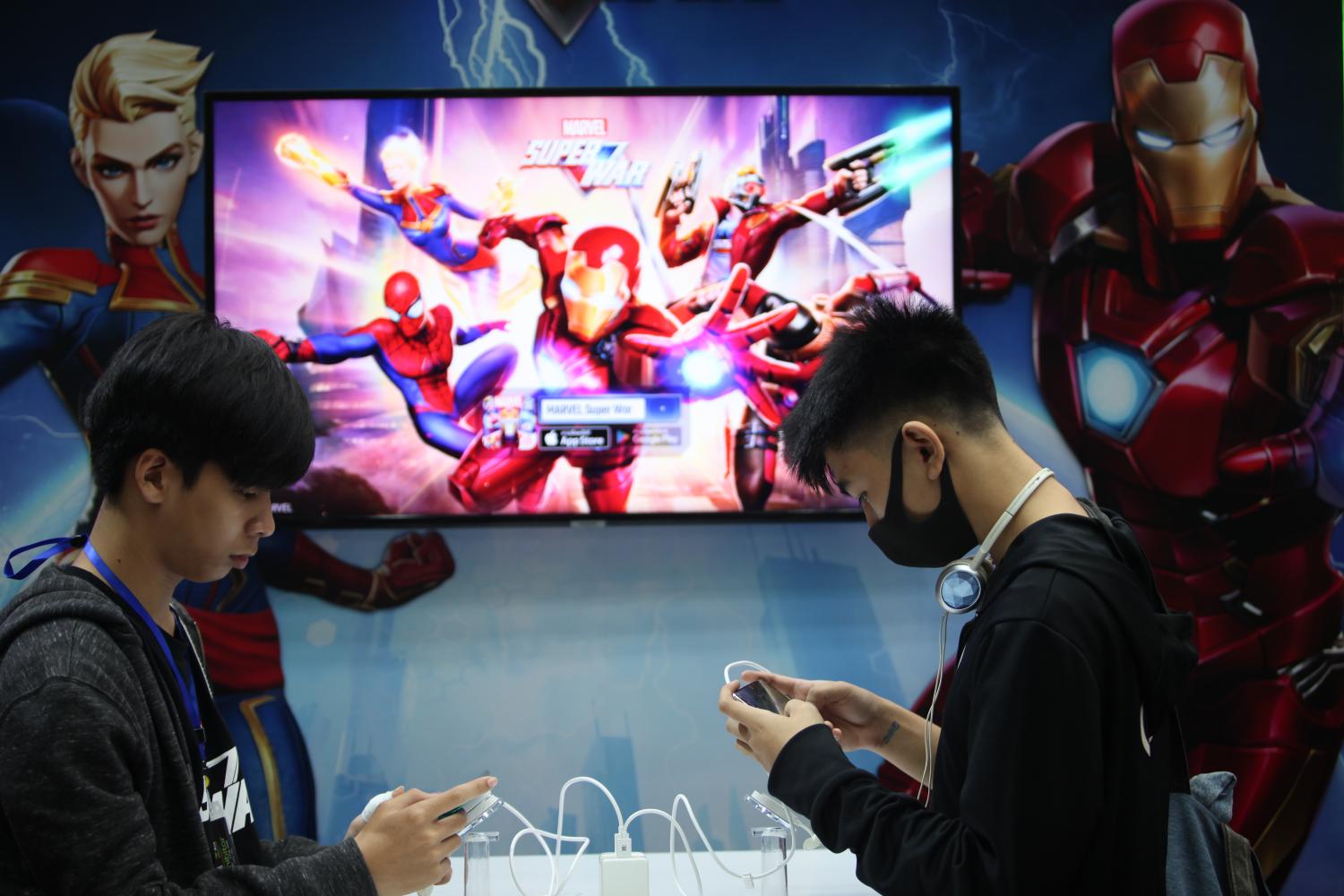 Avid gamers compete with each other at AIS Thailand Game Expo 2020. The industry's revenue is expected to grow to 27 billion baht this year. Apichart Jinakul

TESF president Santi Lohthong said that if the two-hour game streaming limit and the ban on FPS were to happen, this would hamper the growth of the gaming and e-sports industry to create new jobs for youngsters.

The e-sports industry could also create demand for existing careers, including computer and electrical engineers, network engineers and programmers.

According to Mr Santi, e-sports is a growing market across the globe. Income is earned from sponsorships and ticket sales, and there are ancillary businesses involved, such as gaming accessories.

"Controlling game streaming time could be seen as a move to protect children, but it may also deter them from learning new technologies," Mr Santi said. "We object to this proposal."

Game ratings could be rolled out instead, and efforts should be made to educate children on how to play games properly, he said.

A popular game caster, Naiyarat "Pang" Thanawaigoses, with her own YouTube game casting channel, Zbing Z, said that because game streaming is regarded as a new career, limiting game streaming time would not be right.

She said game casters need to be dedicated to their jobs like athletes, which requires consistent practice.

"Two hours would not be enough for my work," Ms Naiyarat said. "Health is an individual issue, and any career can have health risks."

She said FPS games have been accepted internationally with ratings identified, and this is a new opportunity for youth from around the globe to enter the game competition.

Children, however, need to learn the objective of competition and responsibility when playing games.

"There are a lot of new careers emerging, such as game casters, streamers, e-sports athletes and game developers," Ms Naiyarat said. "These jobs could making earnings for those involved and their families, and these are careers many people want to do."

Meanwhile, Pratthana Leelapanang, AIS's chief of consumer business, said he understands that every activity or business must have rules and regulations designed to make sure the industry will move ahead in the best way.

The latest move is seen as part of the development for businesses, he said.

He expects clarity in the regulations to come: "Forming rules would be a good thing for the industry's environment."

He said he was unsure about the criteria that would be used to define people who would engage in e-sports.

As far as e-sports activities concerning preteens or children, some social groups may try to seek regulations that could govern the industry to prevent children from developing behavioural deviations, he said.

He said it's impractical if game streaming is limited to just two hours, as reported by the media.

According to Mr Buddhipongse, e-sports is one the core sectors being promoted by the Tourism and Sports Ministry to level up the country's e-sports context and related competition and attract skilled players to participate.

"The DES Ministry expects to take part in giving opinions on the process of forming regulations if the draft goes to the House of Representatives," he said. 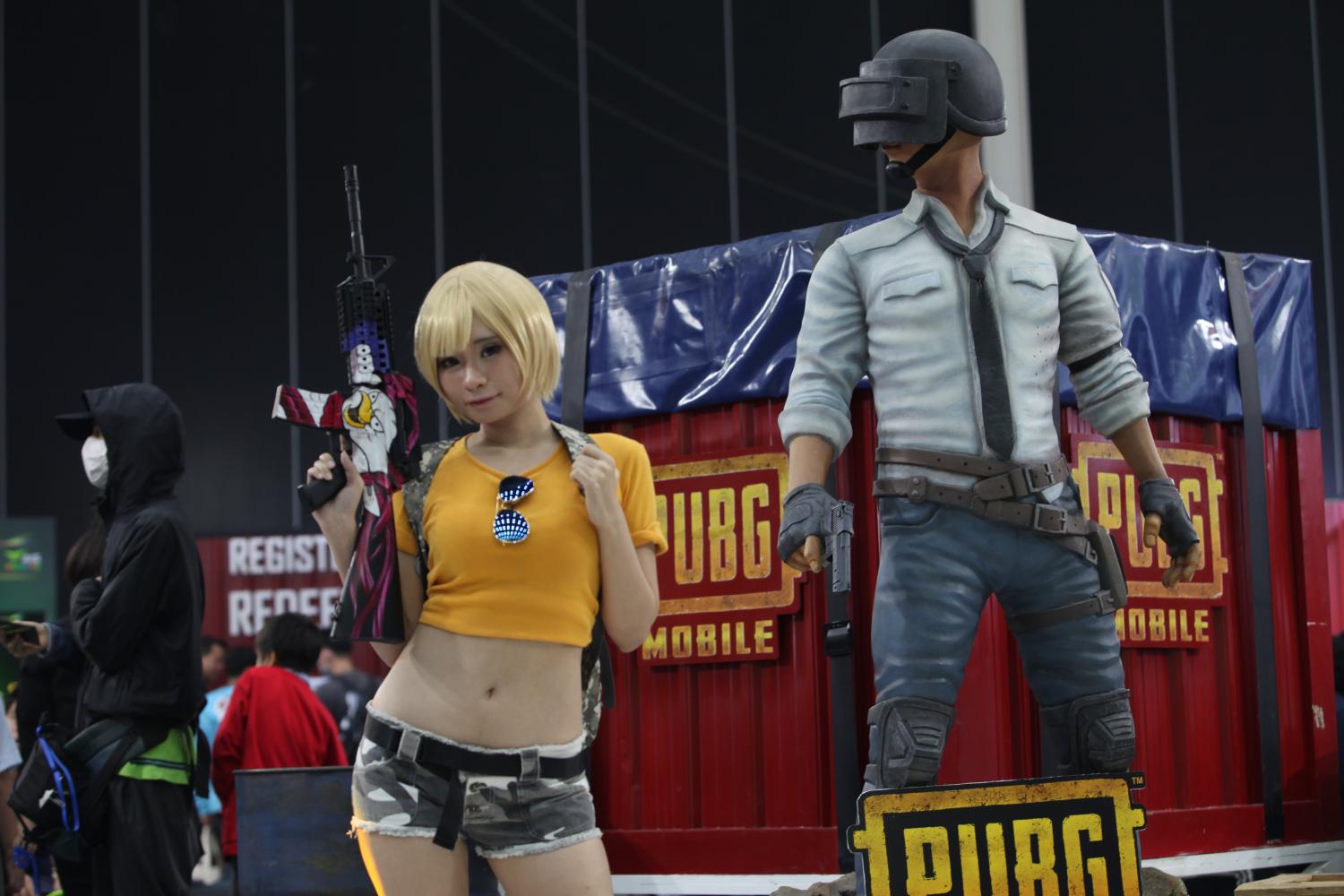