Thailand's rice export prospects look murky in the second half of the year amid sluggish global demand caused by the coronavirus crisis. 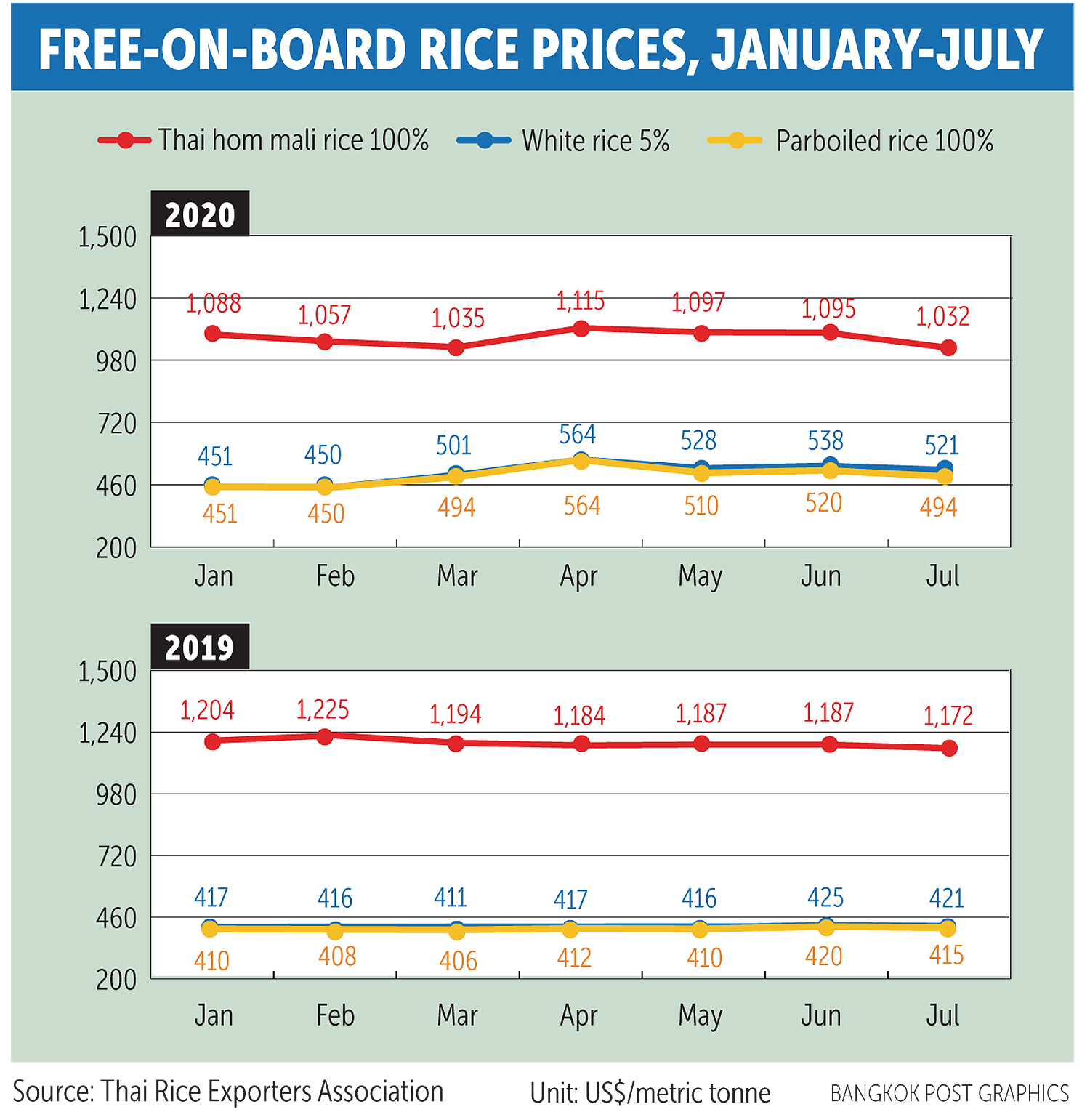 Charoen Laothammatas, president of Thai Rice Exporters Association, said overall Thai rice export activity is relatively quiet in July after the pandemic resulted in the collapse of Phoenix Commodities, one of the world's biggest commodity traders.

"Phoenix Commodities' collapse affects almost all rice exporters in Thailand," Mr Charoen said. "Phoenix was a trading partner of many Thai rice exporters, particularly those who ship rice to Africa."

The company is estimated to owe 1 billion baht to Thai exporters who sell rice on credit to the company.

Based in the United Arab Emirates, Phoenix was founded in 2000. It rose to amass US$3bn in revenue by 2019. The firm traded in grains, coal, metals and other commodities.

According to Mr Charoen, another global rice trading firm is reeling from severely tight liquidity and is likely to face financial problems similar to Phoenix's.

"In the wake of the collapse of the world's leading trading firm, some giant rice buyers stopped buying rice for a month," he said. "More importantly, the stronger baht early this month and drastic foreign exchange swings have led almost all exporters to baulk at rice shipments."

According to Mr Charoen, Thai rice exports are now pricier than those from other countries because of the baht's relative strength.

In the first five months, Thailand shipped a total of 2.57 million tonnes of rice, down 31.9% from the same period last year, with an export value of 54.16 billion baht, down 13.2% for the same period.

The association has set a full-year rice export target of 7.5 million tonnes but is scheduled to adjust the target on July 22.