Putting meatless on the front burner

Pad kaprao made from plant-based ingredients instead of pork is offered at all Khiang street food restaurants nationwide.

Plant-based foods are making unprecedented inroads at restaurant chains in Thailand as local diners sink their teeth into the global meatless trend.

Zen Corporation, which owns the Khiang street food brand, and Minor Food Group, the operator of Sizzler and Burger King Thailand, are just a few of the companies introducing dishes with plant protein at most of their restaurants.

What sets plant-based apart from animal-based foods is that their fibre fraction is made of indigestible compounds, mainly cellulose, hemicellulose, pectins or resistant starch.

Plant-based food was valued at US$4.6 billion globally in 2018, with the figures expected to increase to $85 billion in 2030, according to UBS. 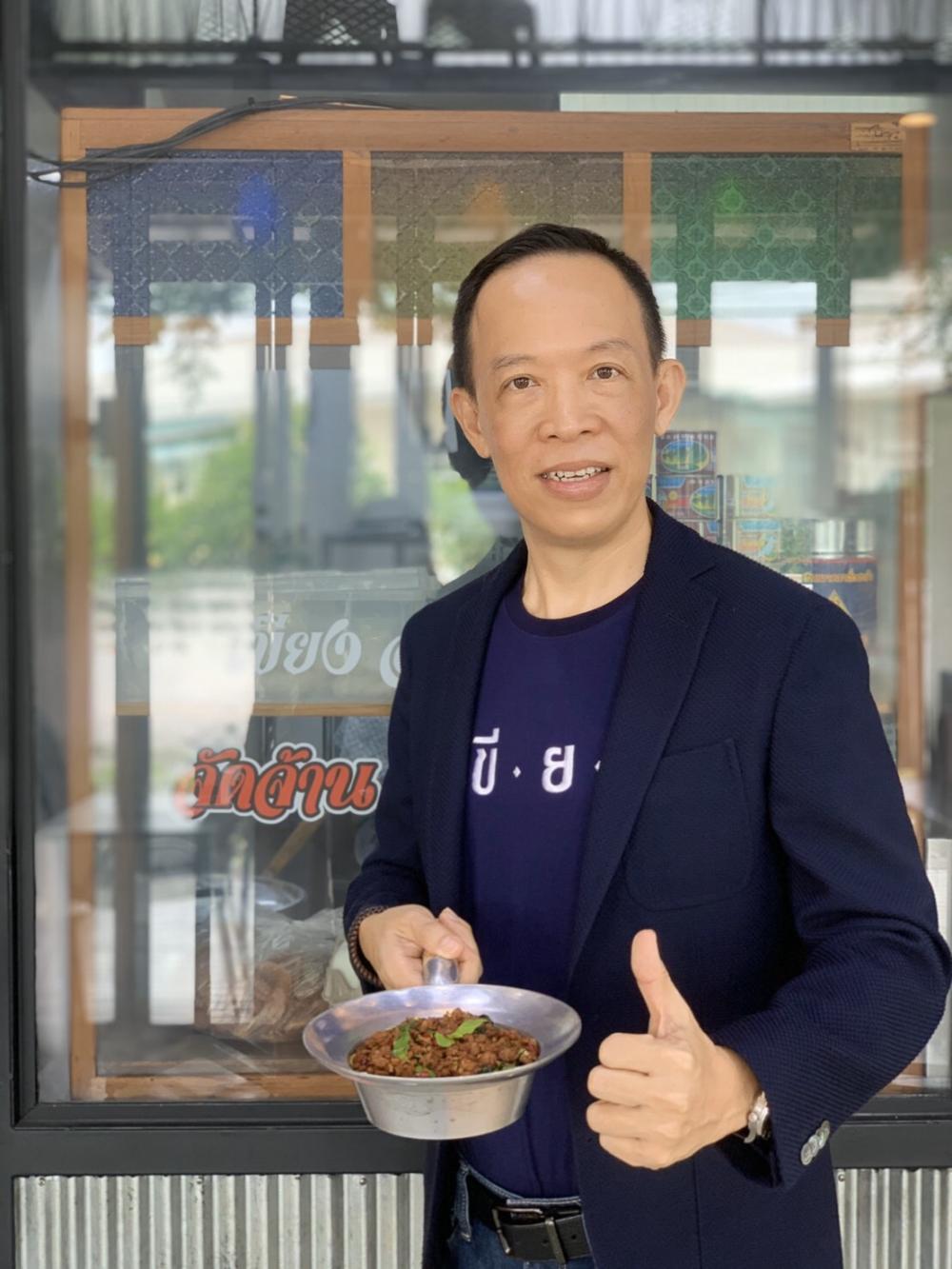 "Shifting towards more plant-based foods is a global trend for several years and is gradually trending in Thailand as more people become concerned about their health and global sustainable development," said Boonyong Tansakul, chief executive of Zen Corporation.

With the growing trend of plant-based foods and the company's policy on sustainable development, Zen today has launched meatless pad kaprao at all Khiang branches nationwide and via delivery to test the market's response.

"We will initially start with Khiang and if the customers' response is good, we are ready to expand to more plant-based menu items at other food brands under Zen Group," Mr Boonyong said. "With the global warming trend, customers nowadays eat a meal not only because of taste, but also out of a desire to support companies that have sustainable development."

According to Mr Boonyong, this year marks the first time that the company has adopted key performance indicators by encouraging all food brands under Zen Corporation to develop menu items tied to sustainability.

With the millennial generation concerned the most about sustainable development, the company expects to add plant-based menu items at On The Table, a Tokyo-style cafe.

The company also teamed up with Let's Plant Meat Co, a startup that produces plant-based raw materials in Chiang Mai, to develop its meatless pad kaprao. The price of Khiang's dish is set at 110 baht, almost two times that of its stir-fried pork with holy basil. 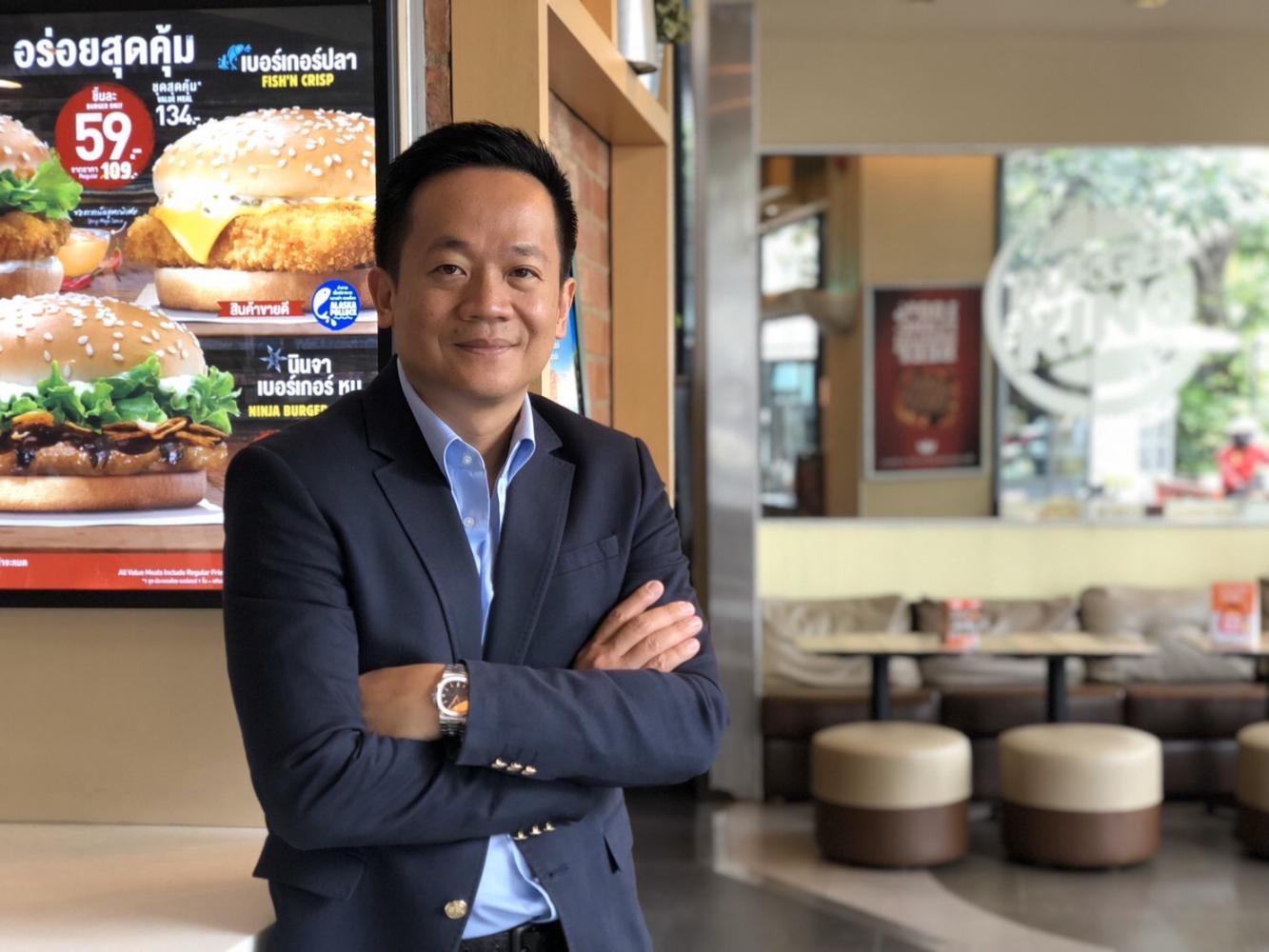 Prapat Siangchan, deputy chief operating officer of Minor Food Group, said Burger King was originally scheduled to launch a Whopper made of various plant-based ingredients in February. The plan was delayed temporarily because of the coronavirus outbreak.

The company was also unsure of how local burger fans would respond to a plant-based Whopper.

"We don't aim for huge sales," Mr Prapat said. "We just want our plant-based Whopper to be an alternative for meat lovers who one day want to consume a meatless meal. It is also a part of our sustainable development, and we want to move in line with the global direction of Burger King. If the country reopens and foreign tourists are allowed to come back to Thailand, we will consider the plan again."

Though the popularity of plant-based food in Thailand remains relatively small compared with the appetite in Western countries, Minor is confident in the trend, as evidenced by the entry of giant consumer goods and food makers like Unilever and Nestle.

Apart from Burger King, Minor Food Group has offered plant-based burgers and steaks at some Sizzler restaurants since last October.

Because of the low consumption of plant-based meals in Thailand, the company recently lowered the price of its meatless burger from 479 baht to 399 baht and that of the Omni steak from 379 baht to 329 baht.

"Thanks to innovative technology, the plant-based meals at Sizzler are not the same vegan meal taste that consumers have experienced before," Mr Prapat said. "And with their decent sales, we have made these two plant-based items permanent since last month."

Thunyachate Ekvetchavit, managing director of McThai Co, the operator of McDonald's in Thailand, said that as a leader in Thailand's fast-food sector, the company always strives to address new trends and respond to customer demand.

"We are exploring opportunities to test plant-based products in Thailand," Mr Thunyachate said. "The test will enable us to learn more about customer demand, customer experience, restaurant operation and the supply chain logistics of making the products available."

Nadim Xavier Salhani, former chief executive of Mudman Plc, the operator of Dunkin' Donuts, Au Bon Pain, Greyhound Cafe and Baskin-Robbins, said the plant-based trend started in the US, as is typical. For the Thai market it's still something new and niche and not well promoted.

"Plant-based menu items are accommodating dietary preferences," Mr Salhani said. "It's important to consider cultures when creating plant-based meals with clear explanations, but so far none of this has been considered in Thailand, so it will take a while until the consumers get into that eating trend. Jackfruit, avocado and eggplant are very interesting ingredients to create vegan or plant-based meat substitutes."

He said Au Bon Pain has tried plant-based sales promotions but the response has been tepid.

Au Bon Pain launched a plant-based menu last October during the vegetarian festival and tried again in April this year.

"In both periods, sales were very slow," Mr Salhani said. "The reason is that the product is still not well known and the awareness of plant-based and its benefits are low. Also, the price is higher than for regular meat, so people don't get it."

The benefits of plant-based food need better promotion, he said.

Nonetheless, Mr Salhani is confident that plant-based food is a trend, citing consumer eagerness to promote a sustainable economy. 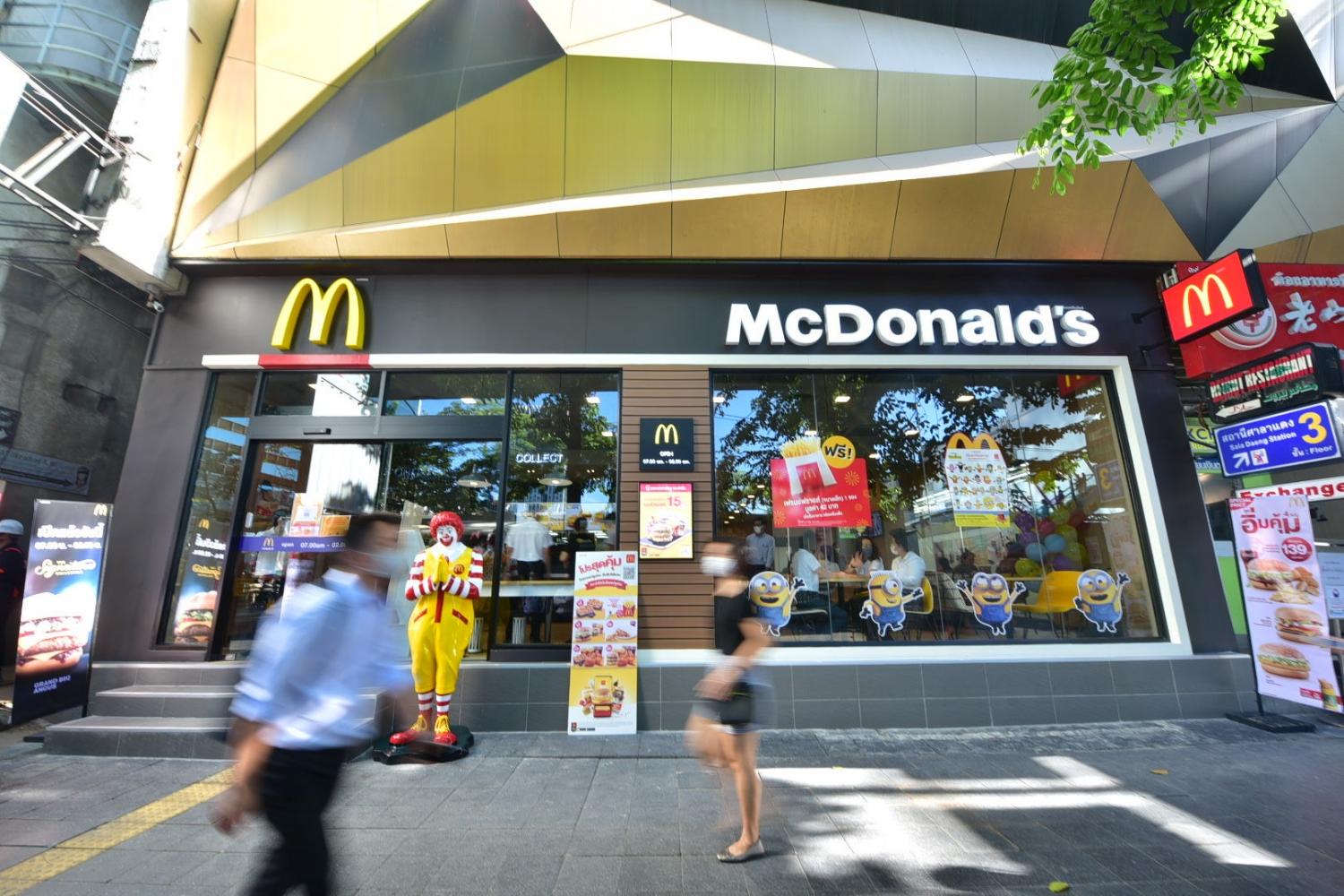 The recently opened McDonald's near Sala Daeng skytrain station. Fast-food chains are looking at introducing plant-based meals at their restaurants. 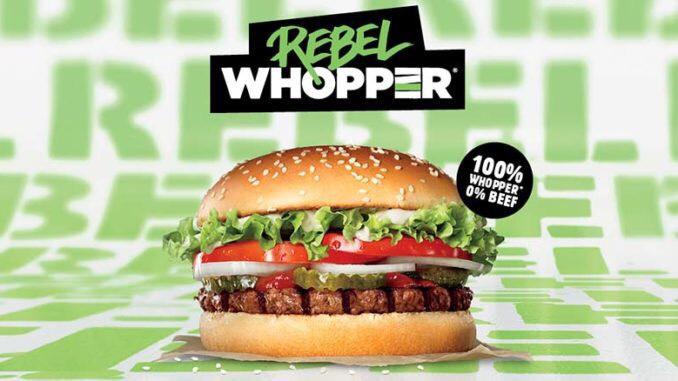 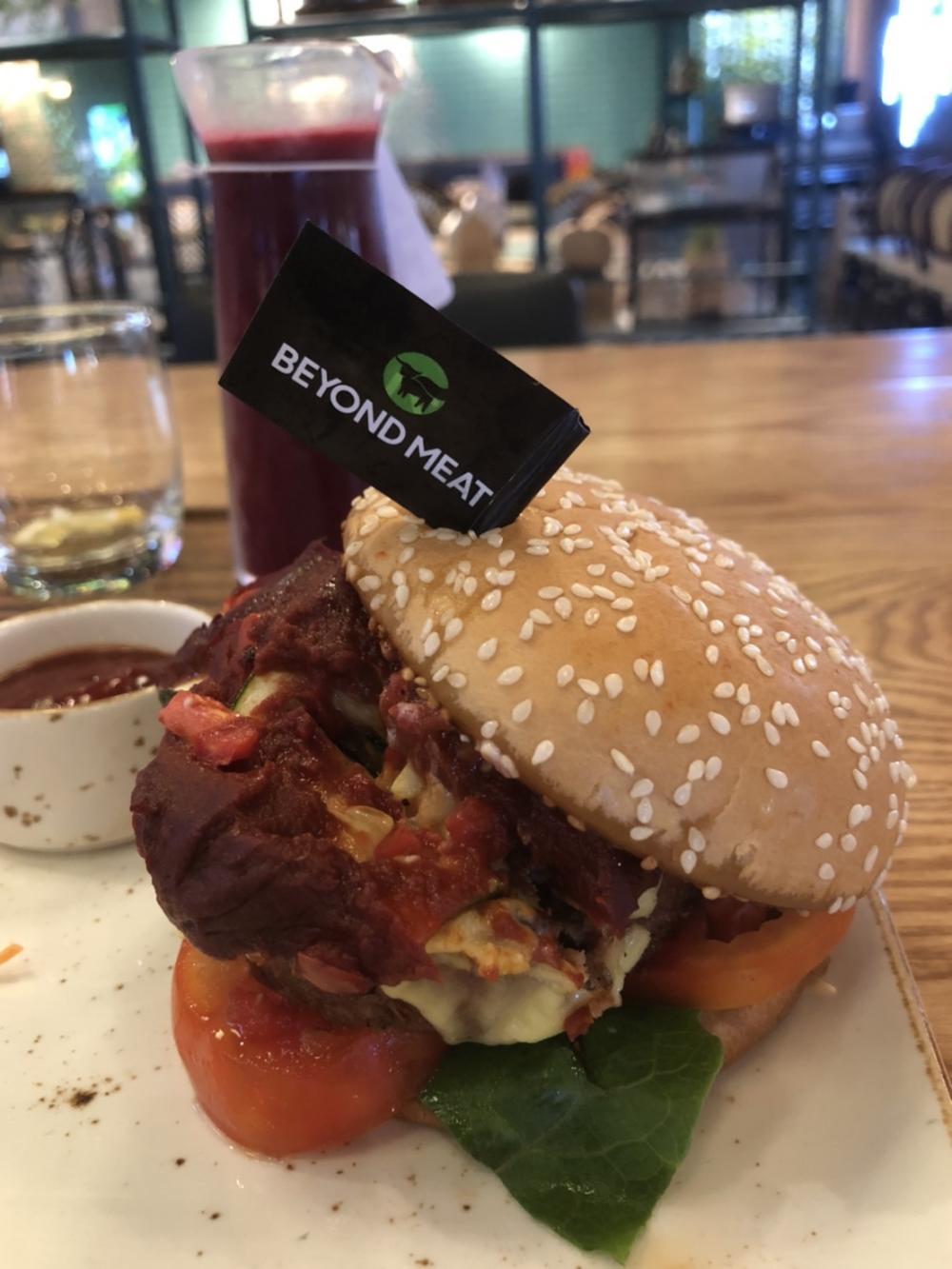 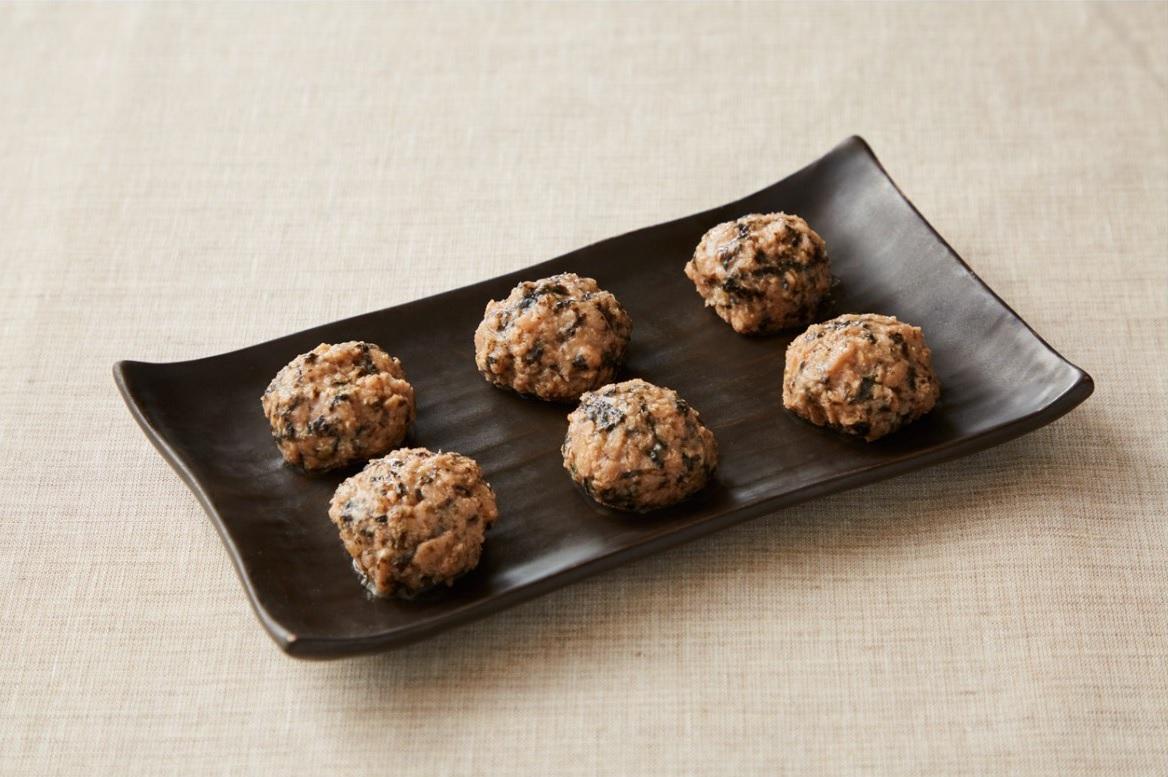 Plant-based 'pork' balls with seaweed at a Charna restaurant. 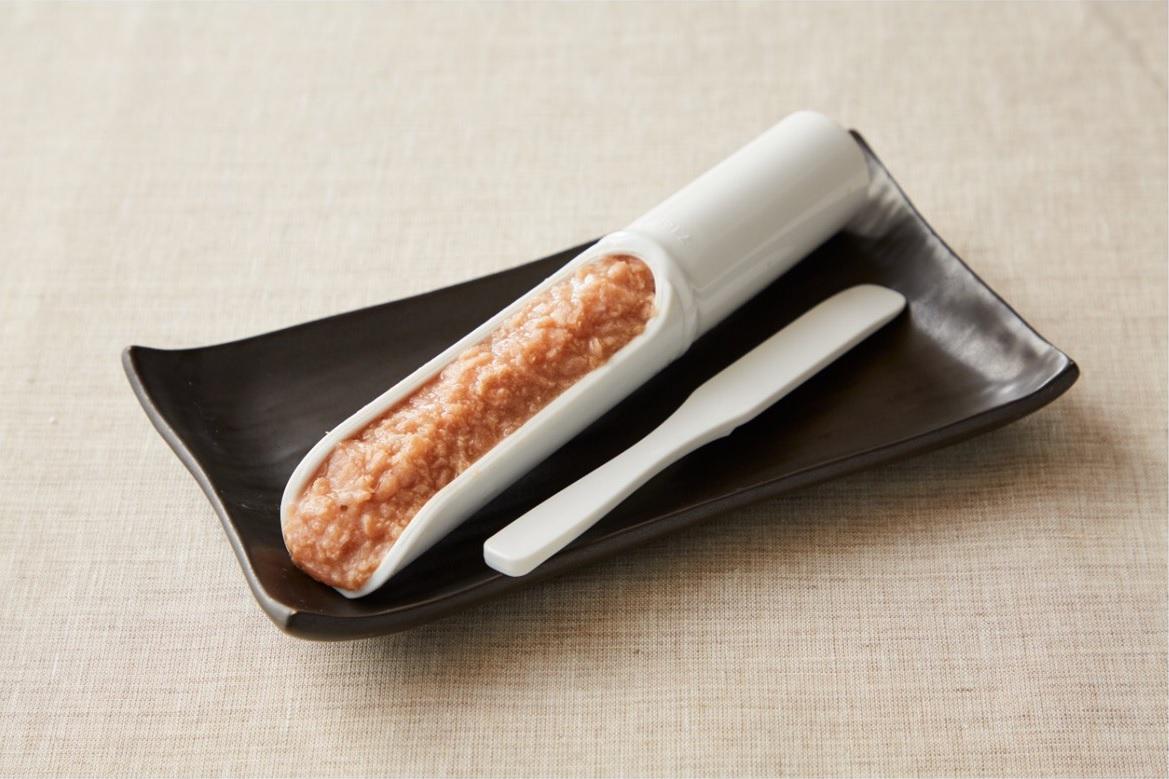 This plant-based pork substitute is ready for the hotpot at Charna.