Could take 5 years to recover to normal

The battered Thai car industry may take five years to recover to pre-pandemic levels, once a vaccine is developed and if the country faces no new outbreaks, says the Federation of Thai Industries (FTI). 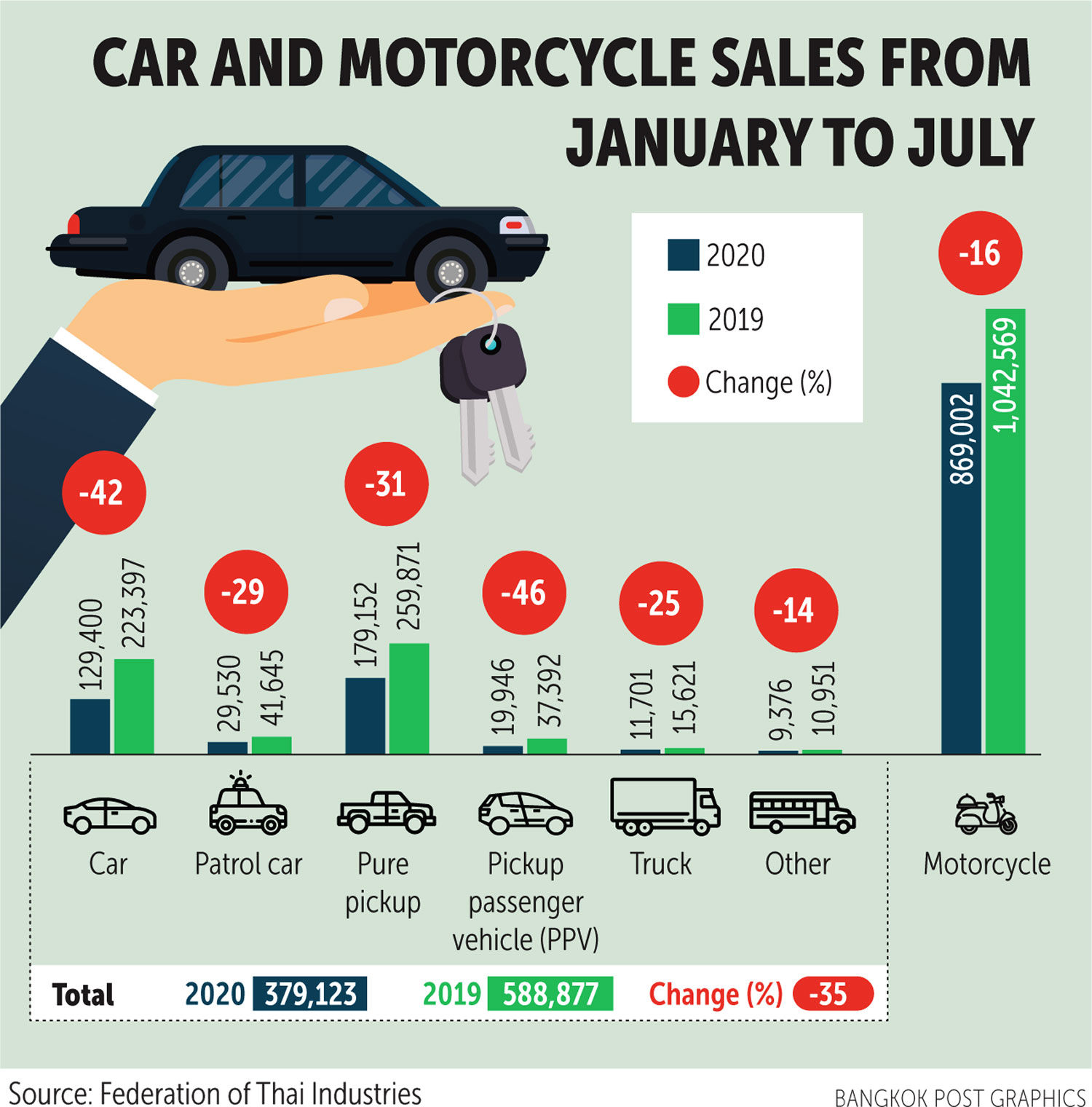 "Car production will take a long time to come back to normal because Thailand has depended on exports accounting for nearly 50% of production," said FTI vice-chairman Surapong Paisitpatanapong, also spokesman for the group's automotive club.

Though Thailand has managed to successfully curb local disease transmissions, high infection rates continue in many countries, with some encountering a second round of outbreaks.

FTI maintains its estimate for 2020 car production in Thailand of 1.3-1.4 million units because factories have reopened, following the easing of lockdown measures.

Mr Surapong is optimistic about a car industry recovery because it has weathered other crises before, such as when the Thai automotive business survived the Asian financial crisis of 1997.

However, Thailand's domestic car sales in July increased by 2.2% to 59,335 units from June, though it was a 24.8% decrease compared with the same period last year.

"Car sales in the country increased a little because of easing of the lockdown measures and the Bangkok International Motor Show," said Mr Surapong.