Scenes from the first protest staged by the Taiwan Alliance for Thai Democracy, which attracted nearly 250 people at the Taipei Main Station in the Taiwanese capital. Photos: Roy Yi Ling Ngerng

A pro-democracy alliance is gaining momentum in Asia, notably among younger activists. When more than 10,000 youth-led protesters converged on Democracy Monument in Bangkok on Aug 16, at about the same time in a city 2,400 kilometres away, a group of like-minded people gathered at the main transport hub in Taipei.

The rally at Taipei Main Station in the capital of Taiwan drew about 250 people -- both Thais and citizens from other Asian countries -- who demanded that the military-backed government stop threatening Thai citizens. They were there to give support to the pro-democracy movement in Thailand, said Akrawat Siripattanachok, a Thai student residing in Taipei and the mastermind of the newly formed Taiwan Alliance for Thai Democracy (TATD).

The Taipei event featured eight speakers from Thailand, Hong Kong, China, Taiwan and Singapore, representatives from the Green Party and Covenants Watch, and a professor from National Taiwan Normal University.

Some of them have the shared experience of fighting for democracy in their home countries until they were charged or convicted by the authorities.

Mr Akrawat said the crowd at the event exceeded expectations, as did the surprisingly high coverage from local and international media.

The response has encouraged the TATD to gear up for another show of solidarity on Sept 19, when the Thai movement plans another large rally at the Tha Prachan Campus of Thammasat University in Bangkok.

The Taipei version is expected to be held at 228 Peace Memorial Park, a historic site in Zhongzheng District which is the central government precinct of the city. The student organisers are now requesting permission to use the site.

"We all agree that Taiwan is one of the best democracies in Asia. They have a vibrant civil society and a good political system," said Mr Akrawat. "But Taiwan once experienced suppression under KMT (Kuomintang) authoritarianism, ruling for decades in what was called the White Terror. 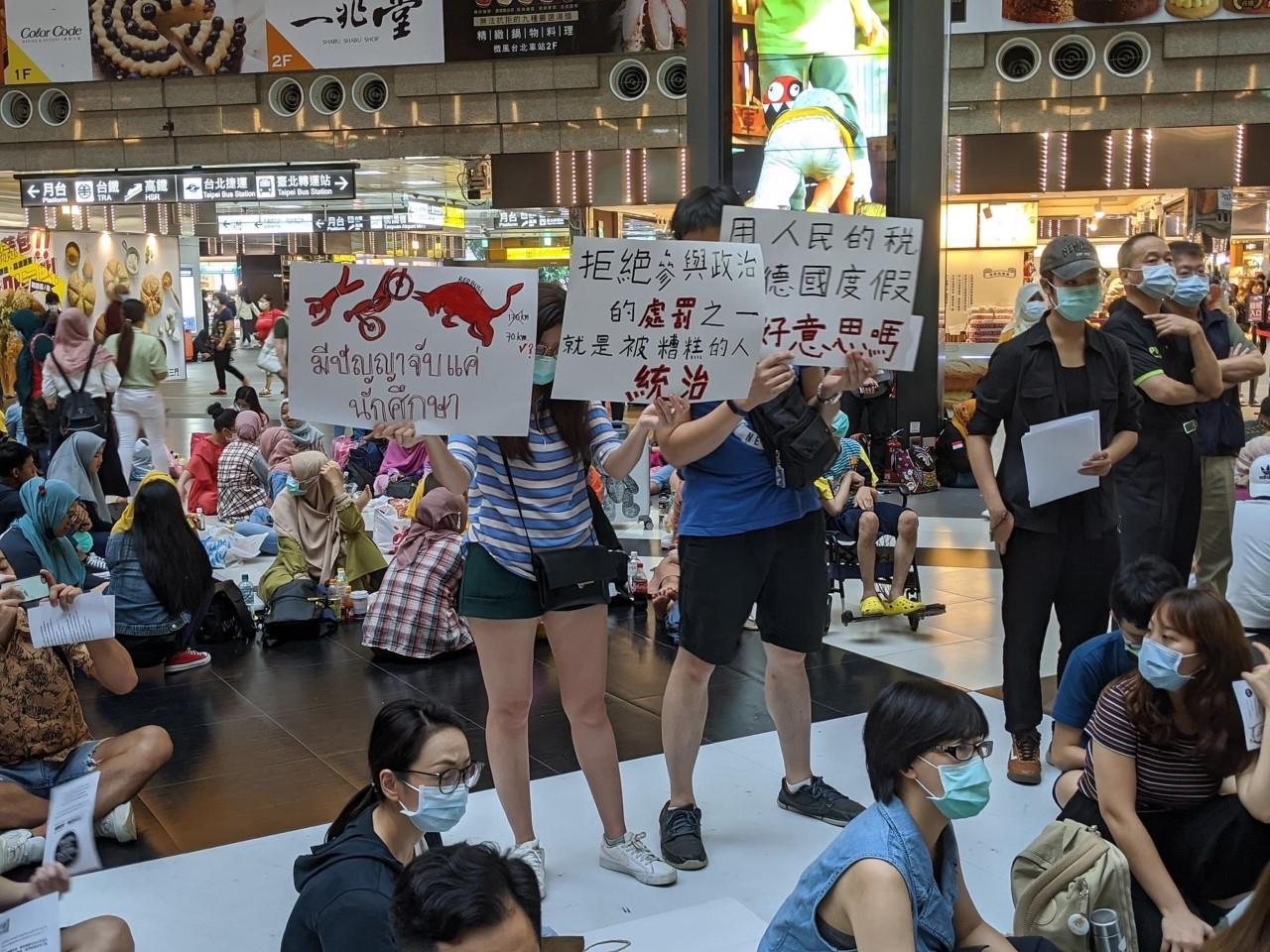 "A lot of Taiwanese sacrificed their lives for their ideology when the KMT imposed martial law."

Citizens took enormous risks during uprisings that challenged the ruling government, most notably the Tangwai movement in the mid-1970s and early 1980s.

The Tangwai ("outside of the party") movement was the first attempt by opposition figures to take part in the legislature by competing in elections against the only legal party, the KMT.

Forming a political party back then was considered treason under martial law, but independent candidates managed to campaign for each other and win a limited number of seats allocated to non-party representatives.

The movement also sowed the seeds for the Democratic Progress Party (DPP), which was formed in 1986 and leads the current government of Taiwan.

Mr Akrawat said Thailand could learn lessons from Taiwan, and how the KMT gradually adapted to the transition to full democracy. It has been seen that the old ruling party can live with a new ruling party without any coups or direct intervention by "old elites", he said.

However, he said Thailand should also be mindful of the shortcomings in the Taiwanese system, which did not come about through any kind of radical revolution. The status quo still contains many elements of the old structure of KMT authoritarianism. 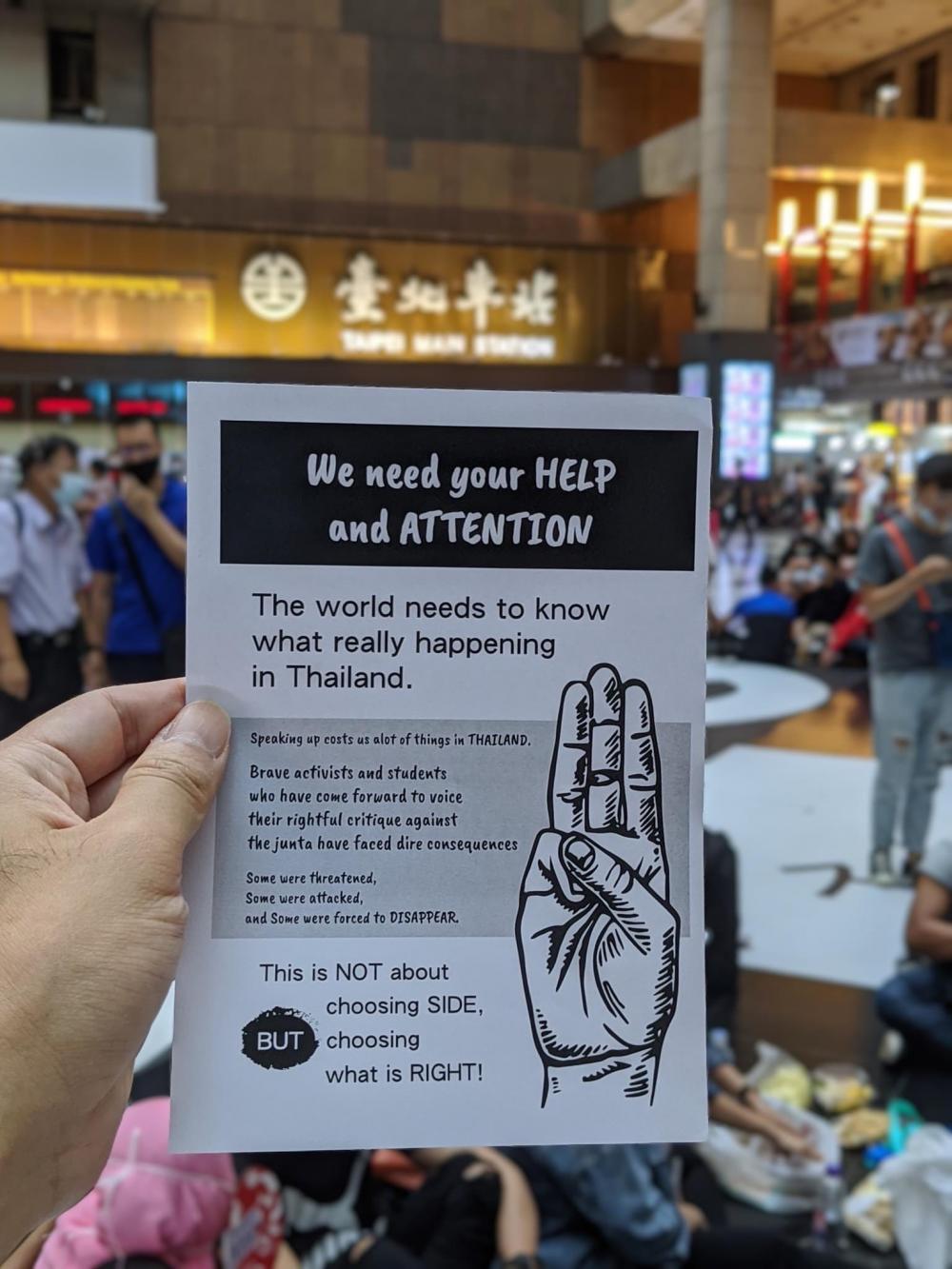 The DPP has tried to expand the political space by proclaiming a formal state apology to political victims of past authoritarian regimes, creating a human rights museum, and recently establishing the Transitional Justice Commission to look into human rights abuses during the KMT era.

"We think that Thailand should also learn this part too," said Mr Akrawat.

He said the rise of authoritarianism globally has accelerated people's reaction, which can be seen in other Asian countries. "We've channeled our thoughts into a demonstration by asking other foreign activists to join the movement -- all of us have the same goal: to fight against dictatorship."

He points to the rise of the "Milk Tea Alliance" -- a cross-border forum proclaiming mutual support for freedom, liberty and democracy.

The alliance began as a light-hearted online response to the shrill mainland Chinese reaction to the Hong Kong democracy movement. But it has since drawn activists from Hong Kong, Taiwan and Thailand into a mutually supportive embrace.

Even though the group acknowledges that activities in foreign countries cannot directly put much pressure on the Thai government, there is a clearer goal to tell the international community more about what is happening in Thailand.

"Many foreigners still think of Thailand as a good place for travel and food, but they don't know much about the problems of Thai society. I hope that if they get all the information, they will not only support Hong Kong, but also the Thai movement," said Mr Akrawat, 27, a former graduate student from National Chengchi University in Taipei.

The long-term goal, he said, is to create a "Pan-Asian Alliance for Democracy" among Thailand, Hong Kong, Taiwan, China, Singapore and other countries to fight against authoritarianism.

While most Southeast Asian countries are struggling for democracy, Mr Akrawat believes social media and internet accessibility have changed the way new generations learn from the past, especially in Thailand. They have become more curious about what schools are teaching -- or not teaching -- or what the media or public are taking about.

"The elites in Southeast Asian societies create buzzwords to deceive people that our societies are inappropriate for democracy. This is not true," he said. 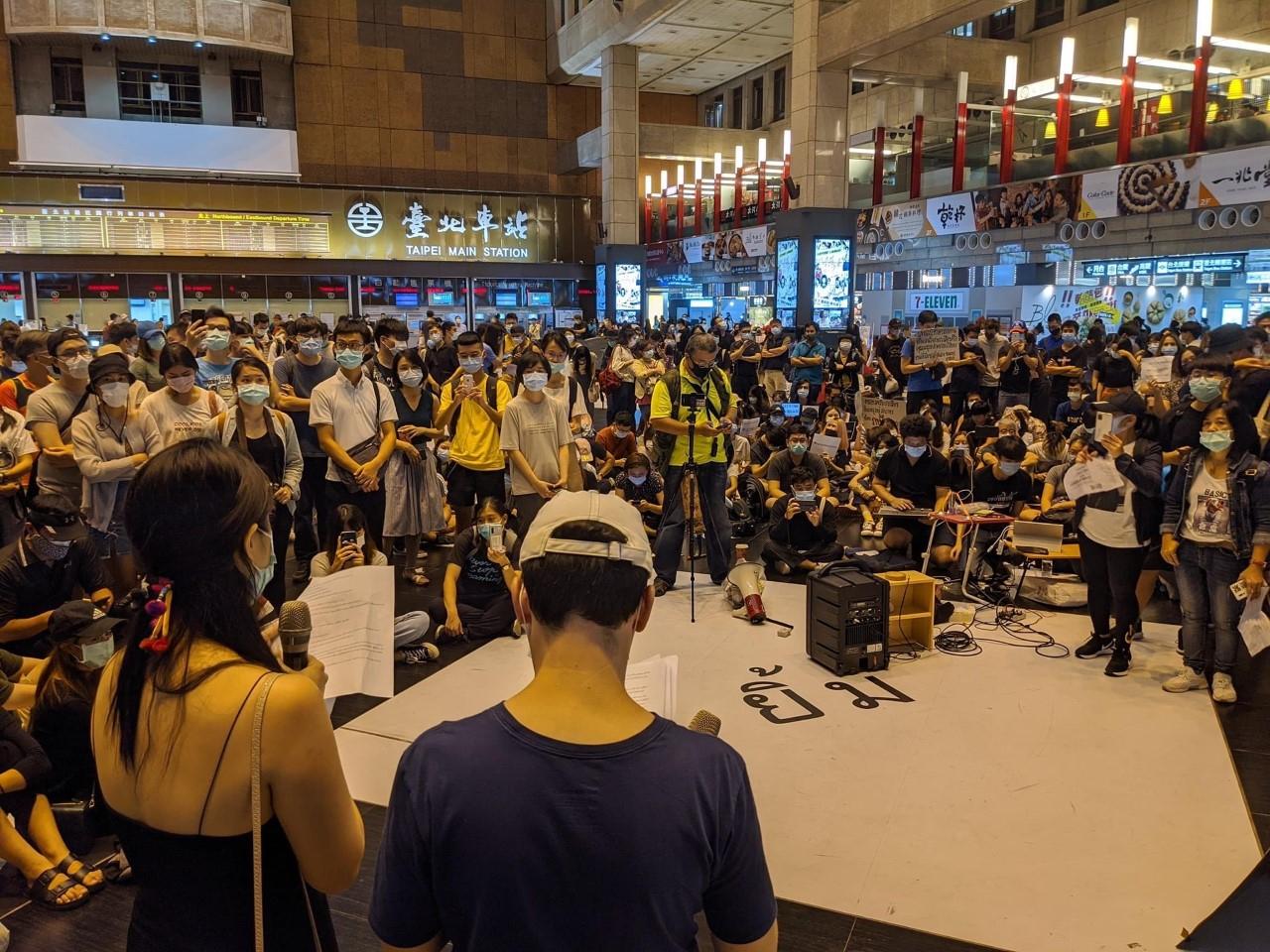