The state planning unit looks set to host public hearings and begin new feasibility studies of the so-called Thai Canal or 9A canal route and a double-track railway linking Chumphon and Ranong. 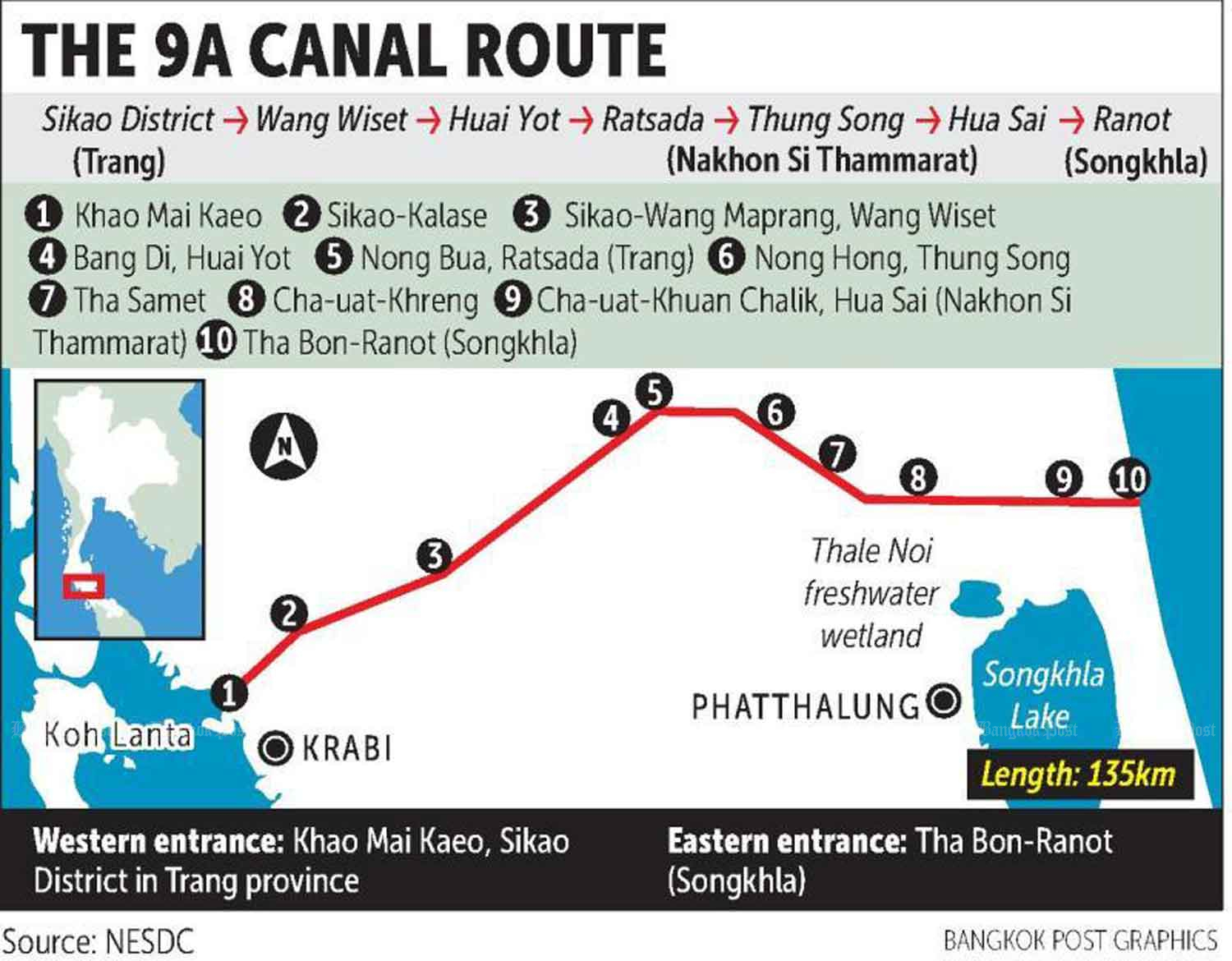 The government has budgeted 10 million baht in fiscal 2021 for the National Economic and Social Development Council to conduct public hearings and feasibility studies for both projects, said NESDC secretary-general Thosaporn Sirisamphand.

Public hearings and studies will be carried out immediately once the budget for fiscal 2021, which starts this Oct 1, is allocated, Mr Thosaporn said.

In October 2018, Prime Minister Prayut Chan-o-cha ordered the precursor National Economic and Social Development Board and the Office of the National Security Council to look into a proposed canal project connecting the Gulf of Thailand to the Andaman Sea.

The 135-kilometre Thai Canal project would run from Krabi on the Andaman Sea to Trang and stretch further to Nakhon Si Thammarat and Songkhla, next to the Gulf of Thailand.

The Thai Canal is one of the proposed routes for the Kra Canal project, an ambitious plan to cut a canal across the southern peninsula and create a vital shipping route in the region.

The idea has been under discussion at various times over the past few centuries.

The government of former prime minister Thaksin Shinawatra reportedly approved setting up such a committee to conduct the feasibility study, but the work was discontinued after his administration was overthrown in a military coup in 2006.

In the past several years, the Thai Canal Association -- consisting of retired generals, politicians and prominent executives with Chinese ties -- has pushed for the canal project's revival and has tried to persuade the government to implement the mega-canal plan known as the Thai Canal.

On Tuesday, Gen Prayut ordered a fresh feasibility study of a proposal to build a land bridge between the Gulf of Thailand and the Andaman Sea, a project seen as a potential driver of economic development in the South.

According to the government's proposal, the land bridge project would stretch 100km and consist of a road and railway to link seaports on the Gulf of Thailand and the Andaman Sea.

A previous study carried out during the Thaksin government found that 1.5 trillion baht would be needed to fund the construction of a land bridge between Pak Bara deep-sea port in the Andaman Sea in Satun and an area of the Gulf of Thailand in Songkhla's Chana district.

In that study, the 1.5-trillion-baht budget was projected to cover the costs of constructing a railway, a motorway, a petroleum and gas pipeline system, and at least two special economic development areas for heavy and light industries.