Sector steels itself for recovery
Business

Sector steels itself for recovery

Steel makers are banking on EEC megaprojects to spur demand

Steel and iron manufacturing decreased by 12.9% year-on-year to 4 million tonnes during the January-July period this year.

Despite years of sluggish performance worsened by the pandemic, business leaders are optimistic about the steel industry's recovery if the government gives better protection to local manufacturers and goes ahead with megaprojects in the Eastern Economic Corridor (EEC).

The steel industry has faced tougher competition, mainly from cheaper imports from China, South Korea and Vietnam and, since early this year, struggled against Covid-19, which has afflicted various industries and dampened purchasing power.

The construction and automotive sectors were hit particularly hard by the coronavirus outbreak. Construction projects were delayed, while car factories suspended operations during the temporary shutdown.

Up to 60% of steel output goes to the construction sector and the remaining 40% to car and home appliance manufacturers, said Korrakod Padungjitt, secretary-general of the Thai iron and steel industry club under the Federation of Thai industries (FTI).

"The automotive sector is experiencing a sharp fall in output, standing only at 47% of total capacity in July," he said.

The machinery equipment industry, which uses steel as a raw material, is also weaker as businesses slow production after a shift in consumer behaviour towards saving, according to Tata Steel Thailand (TSTH)

According to the Iron and Steel Intelligence Unit under the Industry Ministry, steel consumption from January to July fell by 13.3% year-on-year from 11 million tonnes to 9.6 million tonnes. 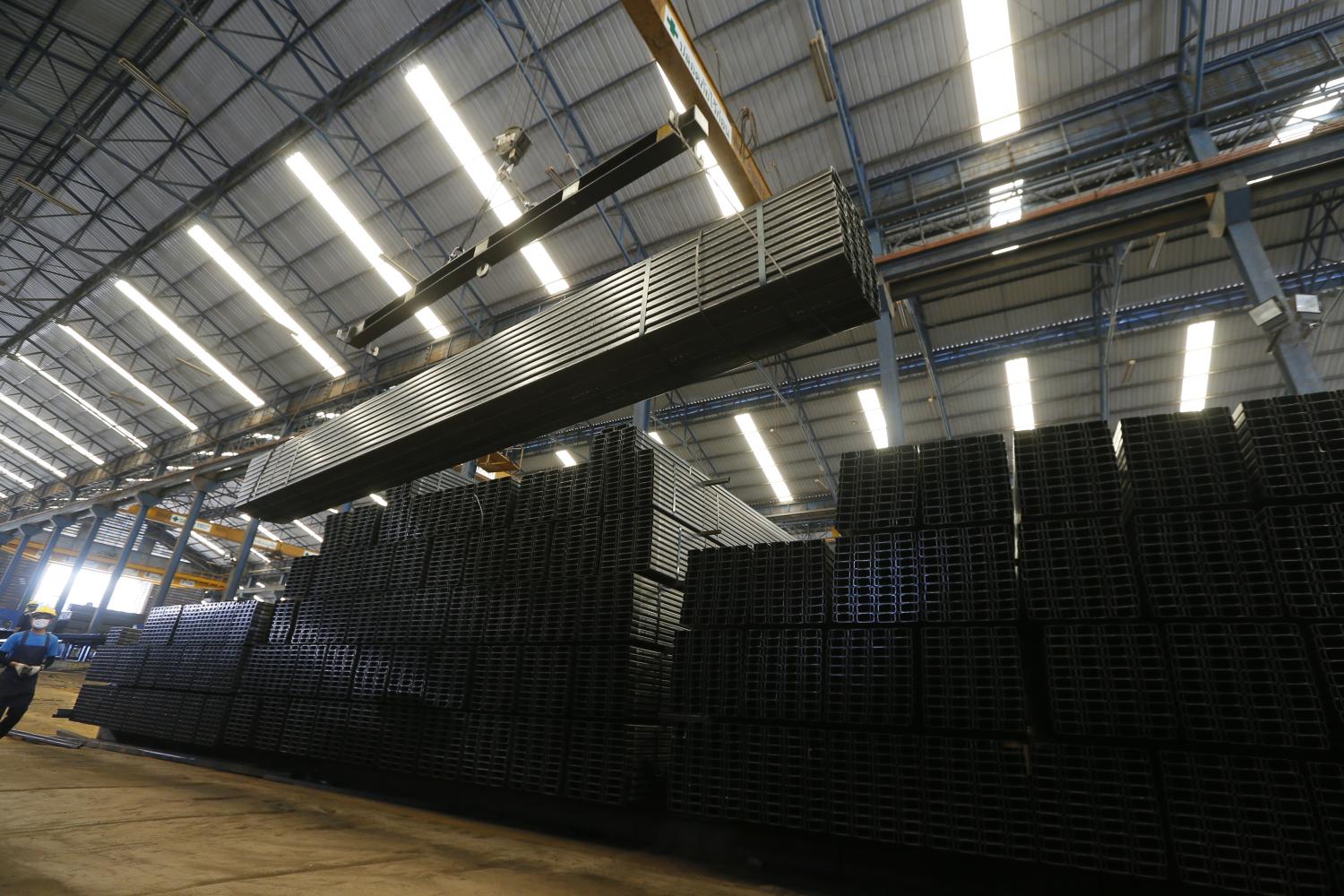 The Millcon steel factory in Rayong. The steel is used in construction and other industries, including car making.

Mr Korrakod said the government's large-scale development projects, especially those in the EEC, will raise hope among industry leaders who believe new investment can boost demand in the country.

"We expect infrastructure investment projects in the EEC to support the steel and iron industry," he said.

But the boost will not lead to the desired outcome if the government does little to promote the use of local steel and iron, Mr Korrakod said.

The Comptroller-General's Department is giving assistance. It won approval from the cabinet for a new ministerial law on state procurement aimed at supporting the use of local materials, Mr Pravit said.

Steel makers also plan to urge the government to support local industry through public-private partnership (PPP) contracts between the government and private companies.

Support from the government is needed to increase steel capacity utilisation, which is currently lower than 30%, in order to create new jobs and generate more revenue along the supply chain in the logistics and transport sectors. 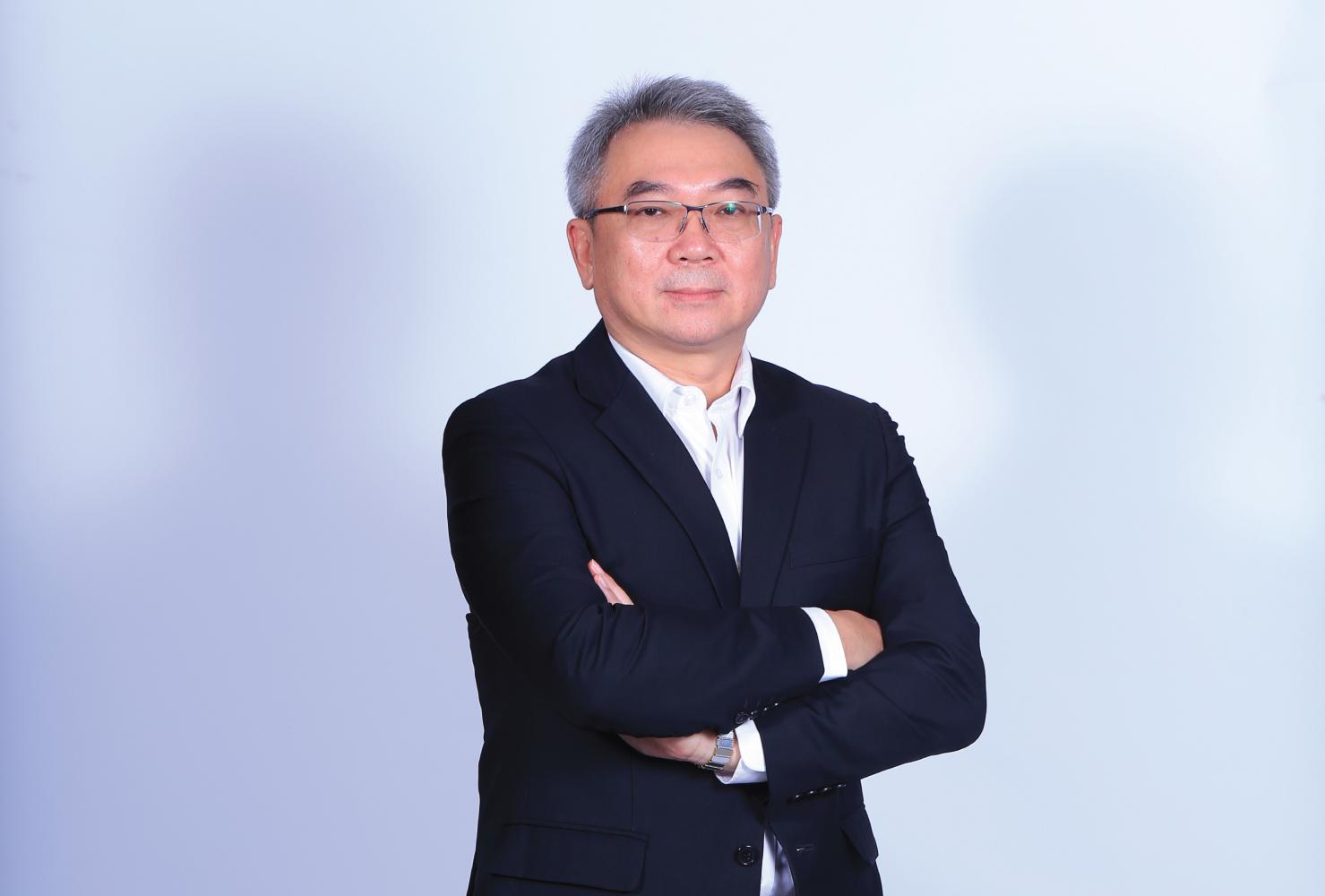 Thailand has struggled to deal with Chinese products for years, but the fierce competition shows no sign of letting up.

According to the FTI, since China joined the World Trade Organization in 2001, the country has constantly increased its steel output and became a leading exporter for the first time in 2006, with steel shipments soaring 92% in the first 10 months of that year.

This followed a full decade of being the world's biggest steel producer. In 2005 alone, China produced 352 million tonnes of steel.

The country's output increased by three times in 2019 when it produced 996 million tonnes of crude steel, or 53% of the world's total output of 1.8 billion tonnes, according to the World Steel Association. India was second with 111 million tonnes, followed by Japan with 99 million tonnes.

"Chinese circumvention began in 2010 when Chinese manufacturers were found to mix alloy in their steel products to circumvent tariffs and trade remedy measures," Mr Korrakod said.

Many traders use tricks to avoid anti-dumping duties by importing high carbon wire rod from China. With carbon added, the products are exempt from tax payment because the mixed materials don't meet the definition of wire rod steel.

Experts say the added material may not necessarily change product quality and is done solely for the sake of tax avoidance.

Rebar steel, which is often used in the construction sector, is less affected by rebar steel imports because the government has set stringent standards for these imported items.

Mr Korrakod wants the government to take cues from India as a model for better protection of the steel industry. New Delhi has introduced strong trade barriers as part of attempts to deal with its low capacity utilisation of 30%.

Besides China, Thailand faces steel imports from Malaysia and Vietnam -- particularly wire rod steel, which continues to increase in the domestic market, according to Millcon.

"Thai steel makers plan to discuss with the Commerce Ministry how to solve this problem," Mr Pravit said. "We will ask the government to enforce the 1999 Anti-Dumping and Countervailing of Foreign Products Act more strictly."

Thai manufacturers will also ask authorities to consider a delay in granting permission to steel imports for five years. The permission is required under product standard regulations set by the Thai Industrial Standard Institute. 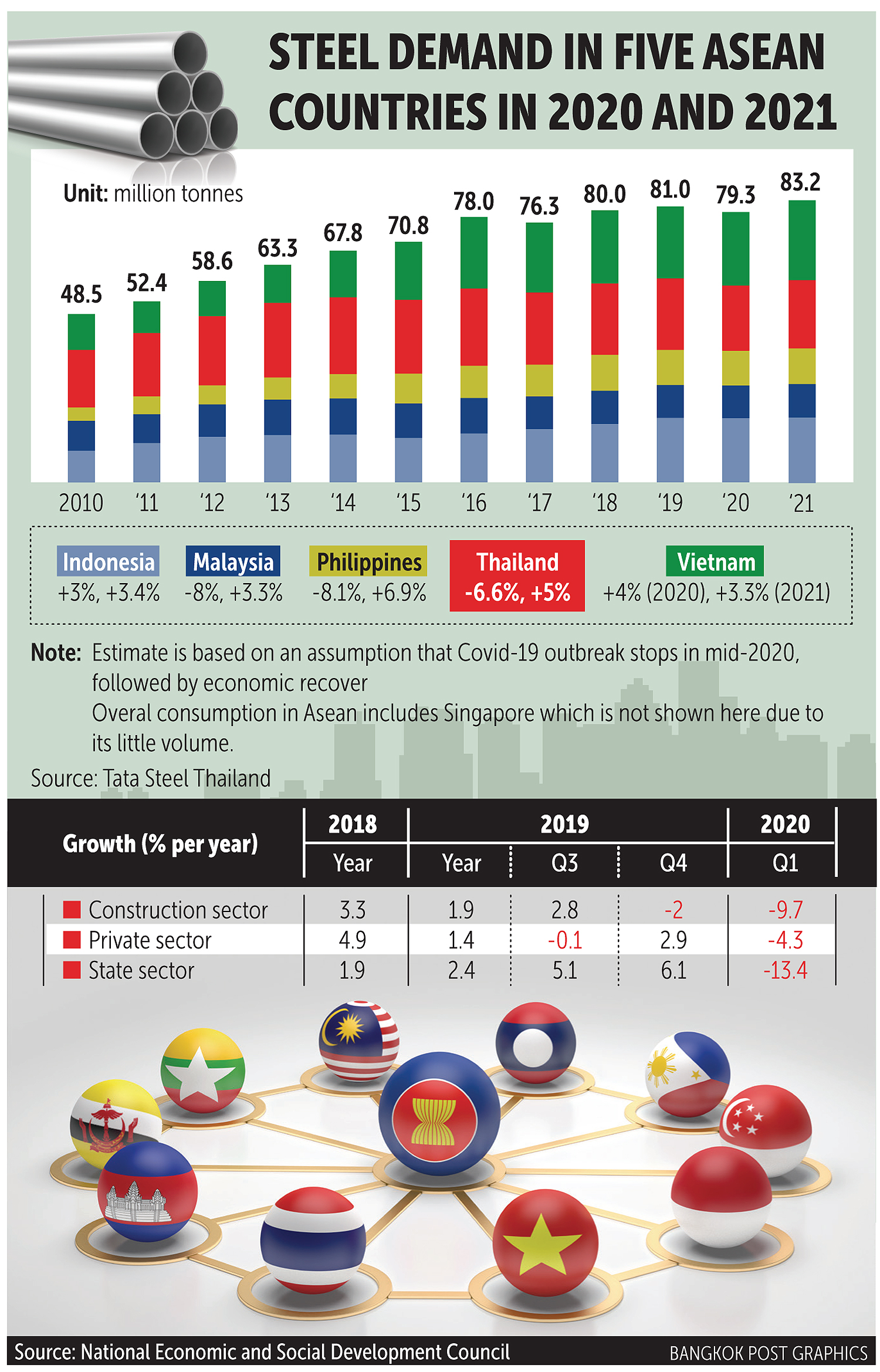 Compared with Vietnam and Indonesia, steel consumption in Thailand will be relatively low in 2020, according to TSTH.

The company expects steel consumption in Thailand to decrease by 6.9% year-on-year to 17.8 million tonnes this year, due to the pandemic, sluggish market, tough competition and cheap imports from China and Vietnam.

It's another story in Vietnam. TSTH expects steel consumption there to increase by 3.3% year-on-year because the economy continues to expand even during the pandemic. Vietnam's construction sector expanded by 5.2% in the first quarter this year and is expected to maintain growth next year, driven by the government's infrastructure projects.

In Indonesia, steel consumption is expected to increase by 3.4% year-on-year because state investment in infrastructure projects and economic recovery will boost demand growth in the post-Covid period.

When looking at the overall steel market in Asean, including Malaysia, Singapore and the Philippines, TSTH forecasts steel consumption to fall by 2.1% to 79.3 million tonnes this year.

But the estimate is subject to change and depends on factors such as the Covid-19 situation and economic recovery in each country.

TSTH expects steel consumption in Asean next year to rise by 5% to 83.2 million tonnes because demand growth in Vietnam and Malaysia will play an important role in helping expand the steel market.

But on a global scale, Mr Mangal said, demand for steel will see a decline in 2021 amid a slowdown in new construction projects and weak purchasing power as a result of Covid-19 impact.

Even so, steel consumption in China will continue to increase, he said, due in part to Beijing's infrastructure development projects to stimulate the economy.