Business closures spiked 38.4% year-on-year from June to July, with higher figures anticipated in the second half attributed to the economic downturn amid the pandemic crisis, says a research house. 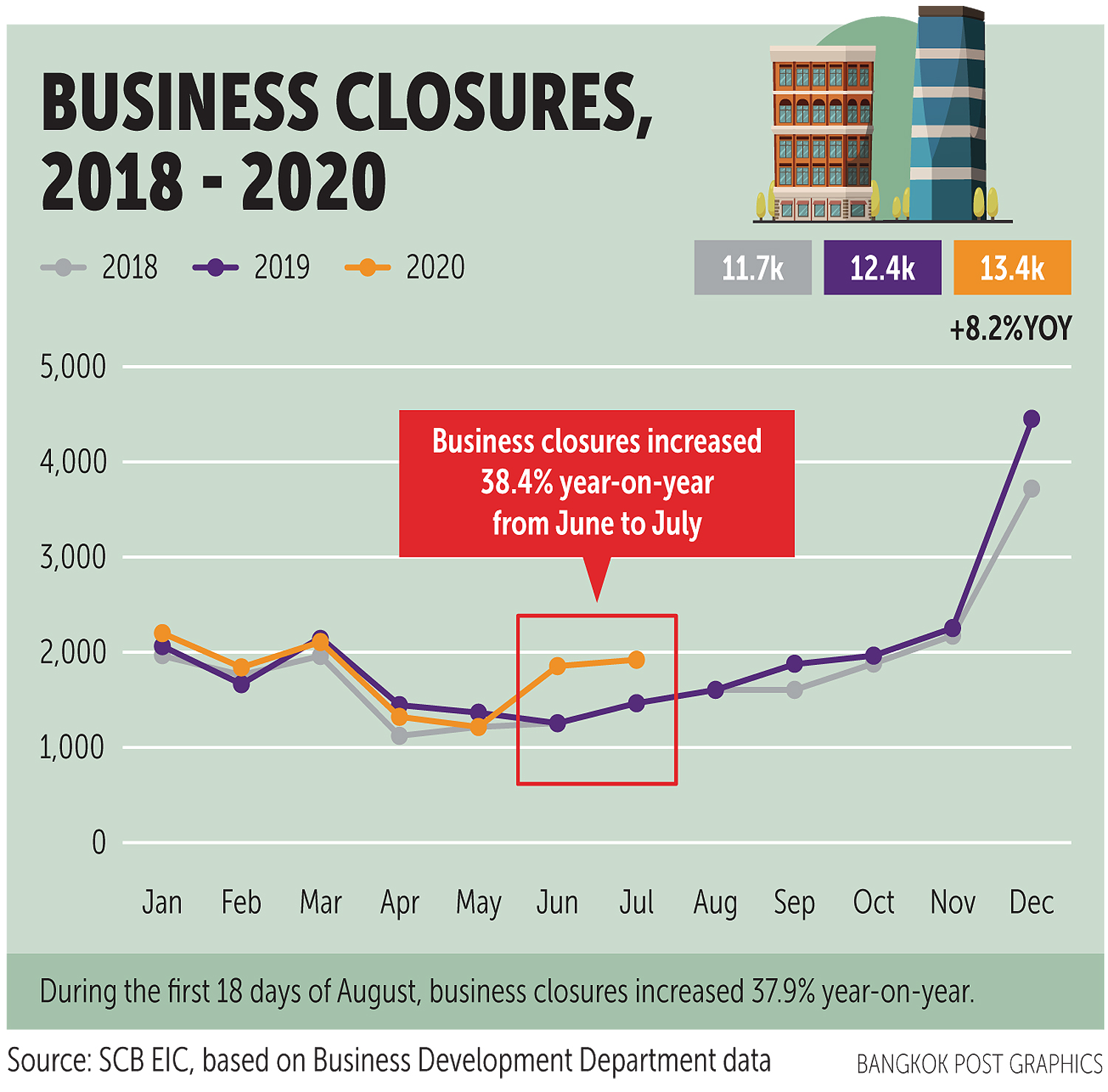 For the first 18 days of August, the ratio of business closures increased by 37.9% year-on-year, according to the Economic Intelligence Centre (EIC), a research house under Siam Commercial Bank.

On average, business closures grew 38% for 2.5 months and the ratio is expected to inch up in the second half of the year, said Yunyong Thaicharoen first executive vice-president of EIC.

Business closure announcements lag behind in an economic downturn, so they should continue to progress in line with this year's negative economic outlook, he said.

"We cannot predict the rate [of business closures] later this year because it requires analysis with updated data, but the rate is expected to be a double-digit increase," said Mr Yunyong.

The country's unemployment rate increased to 1.95% in the April-June quarter, a record high since the first quarter of 2009, according to the EIC.

The services sector, hotels and restaurants saw the most unemployment as they have been reeling from the outbreak, particularly businesses relying on external demand and foreign tourists.

At the same time, hotels and restaurants showed the highest unemployment rate at 2.9%, followed by 2.8% for construction and electronics at 2%.

Underemployment also increased, resulting from fewer hours for both full-time and overtime workers.

"The pandemic is scarring the economy, especially with the business closures and unemployment. With a vulnerable labour market, underemployed and furloughed workers could reach 3-5 million in the coming period," Mr Yunyong said.

Higher household debt is another symptom of the stalled recovery. Thailand's household debt-to-GDP ratio could rise to 88-89% at year-end from 80.1% in the first quarter, said the EIC.

The EIC downgraded its prediction for GDP contraction this year to 7.8% from a 7.3% decline.