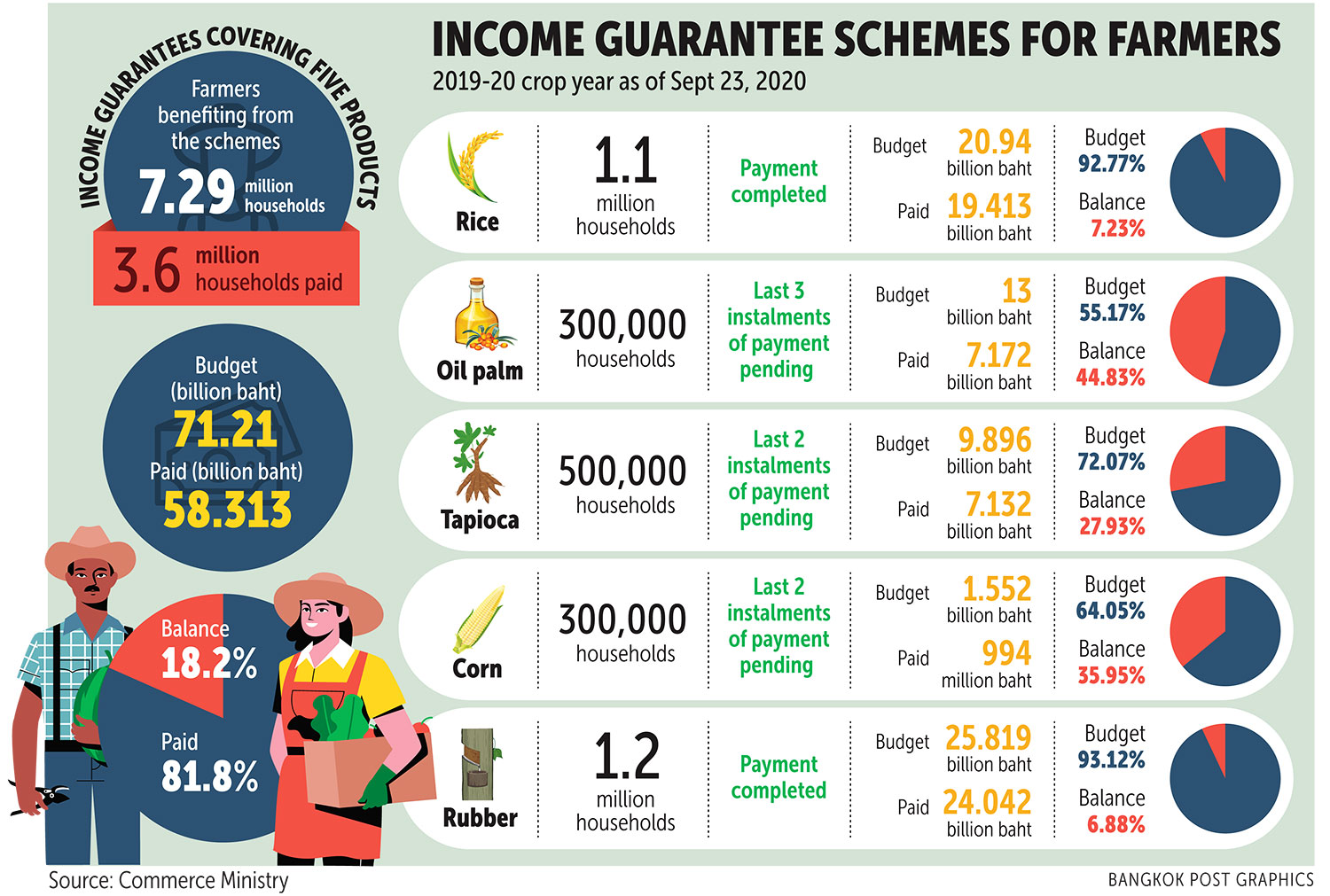 Commerce Minister Jurin Laksanawisit said the price guarantee schemes for tapioca and corn have already received cabinet approval, while those for rice, oil palm and rubber will soon be put before the cabinet.

"The schemes are approaching the second year and the government pledges to continue the schemes as long as this government remains in office," Mr Jurin told representatives of farmers and related officials at a seminar yesterday.

Income and crop price guarantees are among the key proposals the Democrat Party campaigned on during the general election.

The party earlier championed a programme of crop price insurance and guaranteed income for farmers when it led the coalition government during 2011-13.

Under the income guarantee plan, farmers receive the difference between insured rice prices and benchmark prices that change every two weeks in accordance with market prices.

Such a scheme would avoid the burden of millions of tonnes of rice stocks, as were accrued under the Yingluck Shinawatra government and later auctioned off at a loss.

The rice price guarantee scheme worth 23.5 billion baht was approved by the National Rice Policy Committee in July and is being submitted to the cabinet.

The rice price guarantee offers compensation if market prices fall below the benchmark.