The number of people living in poverty is likely to surge this year because of a poor economy, the ongoing trade war, technological disruption and the deadly virus outbreak, warns the government's planning unit.

Thosaporn Sirisamphand, secretary-general of the National Economic and Social Development Council (NESDC), said that with higher unemployment and household debt, the number of people living below the poverty line is expected to exceed 6.7 million this year.

"The NESDC is conducting a survey on the country's poverty rates," said Mr Thosaporn.

The NESDC estimates the unemployment rate is projected to stand at 2% of the total workforce this year, or about 750,000.

The number of people living below the poverty line in the past several years before 2018 had significantly dropped thanks to the country's economic growth and the government's myriad policies to assist low-income earners.

However, the global economic slowdown, trade war and disruptive technology has resulted in more people living below the poverty line, defined as an income of 2,710 baht per month per person in 2018.

According to Mr Thosaporn, in the first three years of the 12th national economic and social development plan (2017-2021), Thailand got close to its economic growth average target of 3%, but the Covid-19 outbreak is likely to drag the economy into contraction of 7.3-7.8% this year. 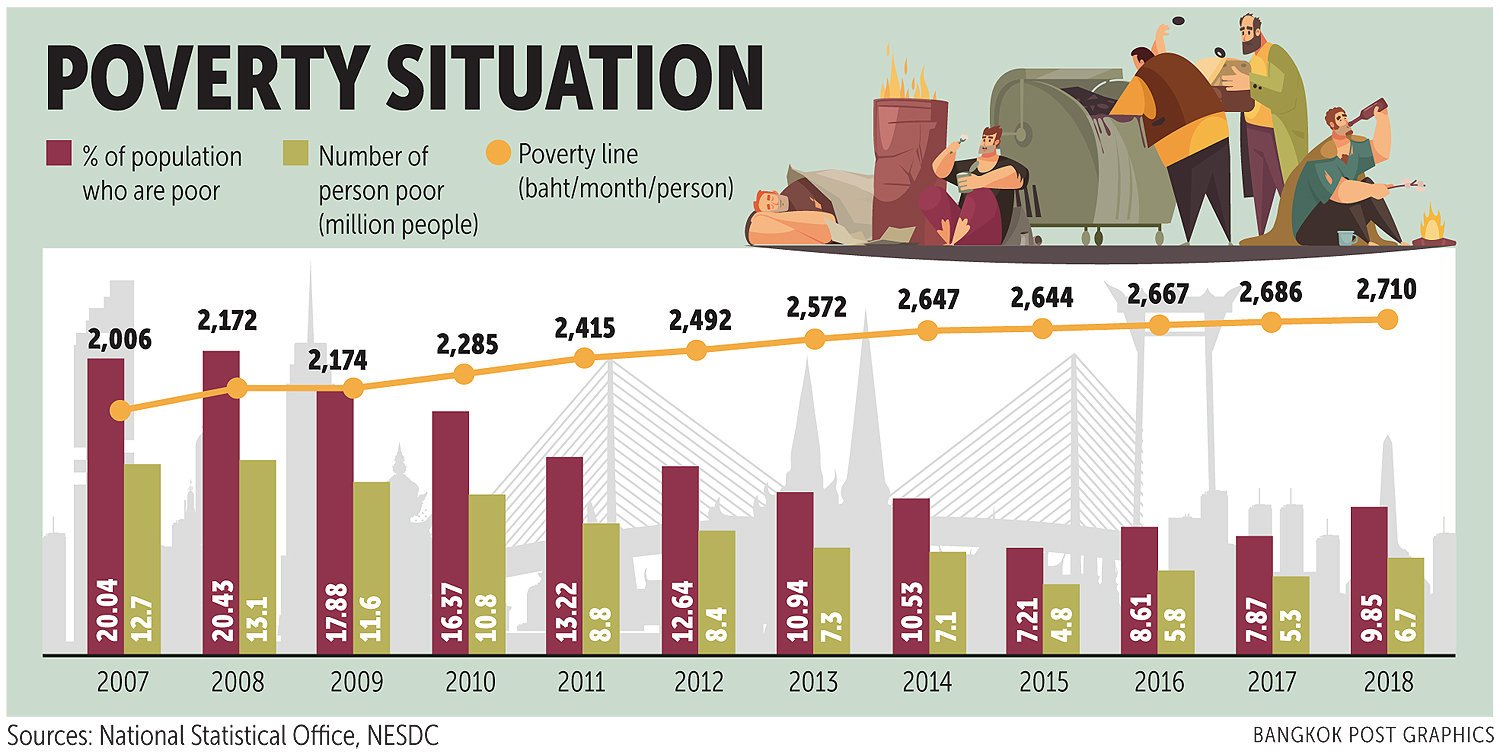 He said in the first three years of the plan, income disparity remained unchanged, with 10% of the richest group having an income almost 20 times more than that of the 10% of the poorest group.

According to IMD's world competitiveness rankings for 2020, Thailand ranked third in Asean following Singapore and Malaysia and 29th in the world, down four places from 25 in 2019, weighed down by a decline in rankings for economic performance and government efficiency.

But the country's business efficiency and infrastructure rankings improved from 27th to 23rd and from 45th to 44th, respectively.

The top four economies overall were Singapore, Denmark, Switzerland and the Netherlands.