Bankrupt Thai Airways International plans to franchise its own popular version of patong-go, or deep-fried dough, which already brings in about 10 million baht in monthly sales.

Acting THAI president Chansin Treenuchagron told reporters that the fried dough sticks were popular and people formed long queues to buy them each morning at the airline's five food outlets in Bangkok. Monthly sales were around 10 million baht.

Encouraged by this, the airline planned to franchise its fried dough sticks, so THAI and its partners could mutually benefit from their popularity.

Each 50 baht box has three sticks of fried dough and a cup of dipping sauce made from purple sweet potato and egg custard.

The five outlets are at the airline's Puff & Pie bakery at Or Tor Kor market, its headquarters in Chatuchak district, the Rak Khun Tao Fa building and Thai Catering building in Don Muang district, and THAI's Silom branch.

The sets are also sold at two outlets in Chiang Mai province. It is sold in the morning, but some outlets do not sell it every day.

After years of financial mismanagement, compounded by the coronavirus pandemic, the airline has filed for bankruptcy, with total liabilities of 332.2 billion baht. The Central Bankruptcy Court has given approval for debt restructuring. 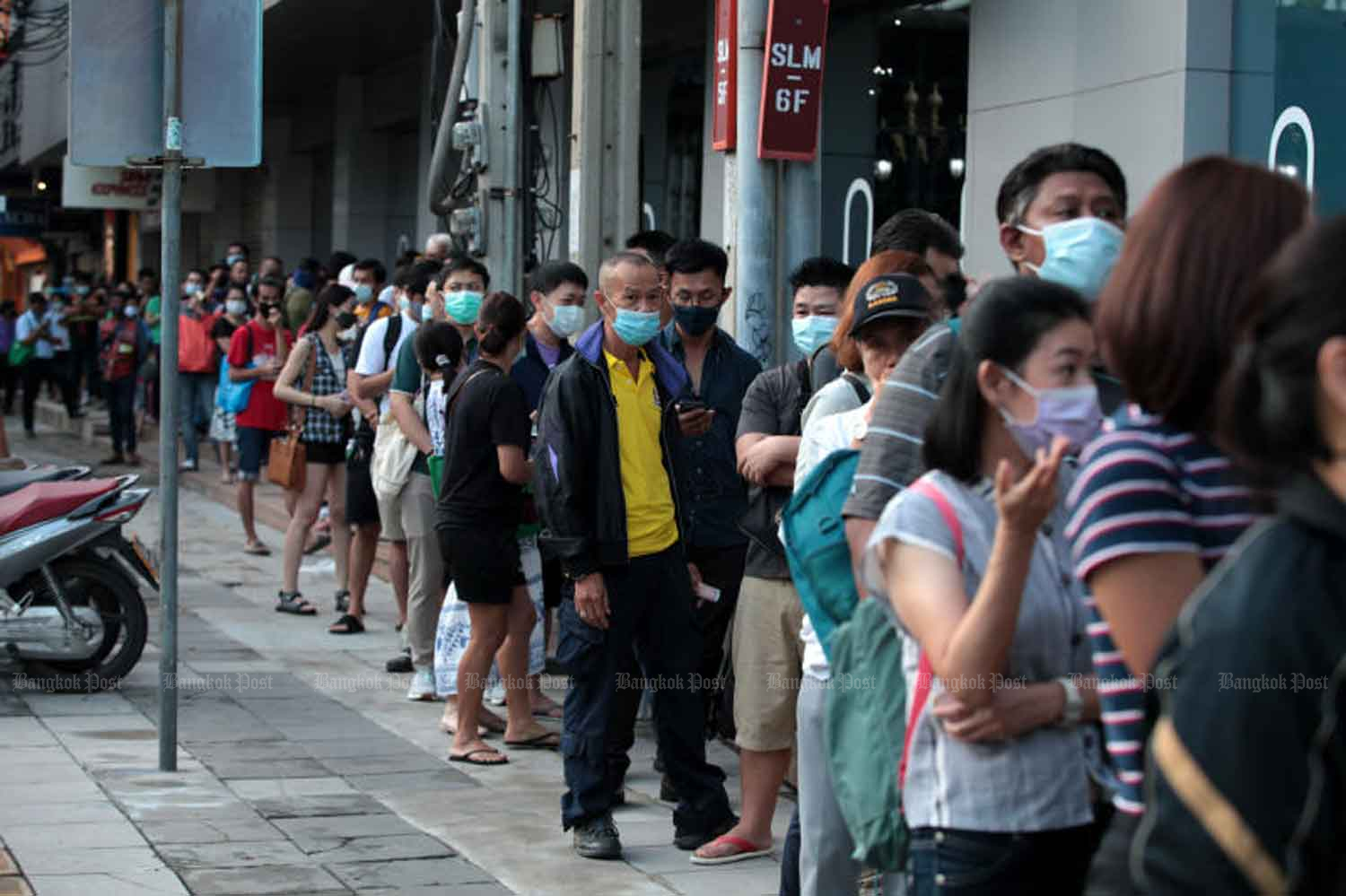 Eager buyers form a long queue to get a set of THAI's fried dough and dipping sauce, at its Silom branch, on Friday morning. (Photo: Chanat Katanyu)