Cross-border trade, including transit trade, fell by 7.42% year-on-year in the first eight months, mainly attributed to the impact of the pandemic and a slowing economy. 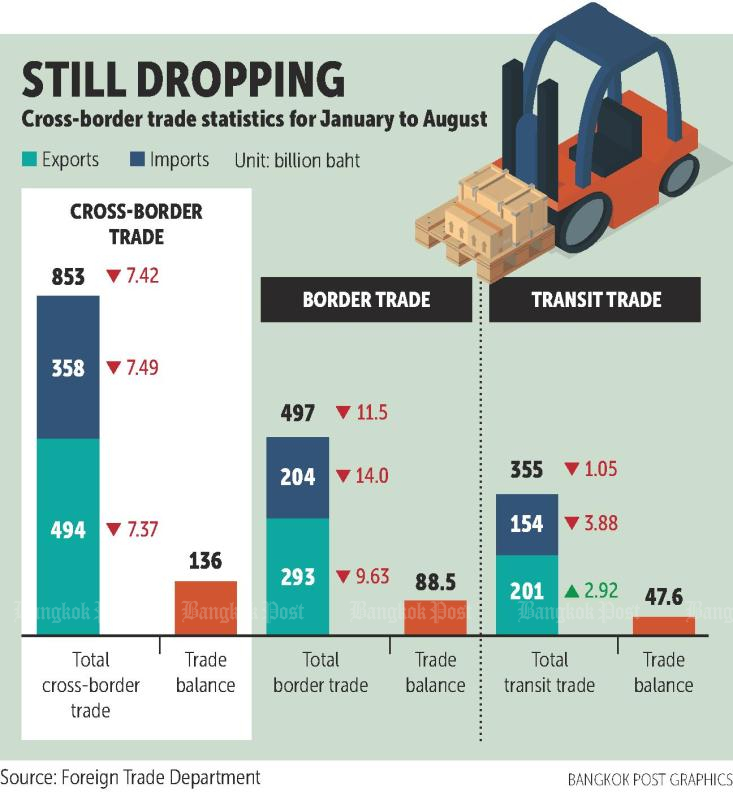 Transit trade involves the passage of goods through more than one country.

Of the total figures, exports represented 494 billion baht, down 7.37% year-on-year from the first eight months of last year, while imports shrank by 7.49% to 358 billion, resulting in a trade surplus of 136 billion.

Keerati Rushchano, director-general of the Foreign Trade Department, said the main factors affecting border trade volume were the pandemic and closure of border checkpoints to prevent an outbreak.

"During the middle of August, Myanmar saw a second wave of Covid-19," he said. "Governors of border provinces banned movement of people, cars and products via three temporary checkpoints in Mae Hong Son."

In Kanchanaburi, one temporary border checkpoint was shuttered at Three Pagodas Pass.

Only 36 of 97 border checkpoints nationwide are open.

"The department will keep a close watch on Covid-19 and lockdown measures in neighbouring countries, looking for trading solutions at checkpoints," said Mr Keerati.