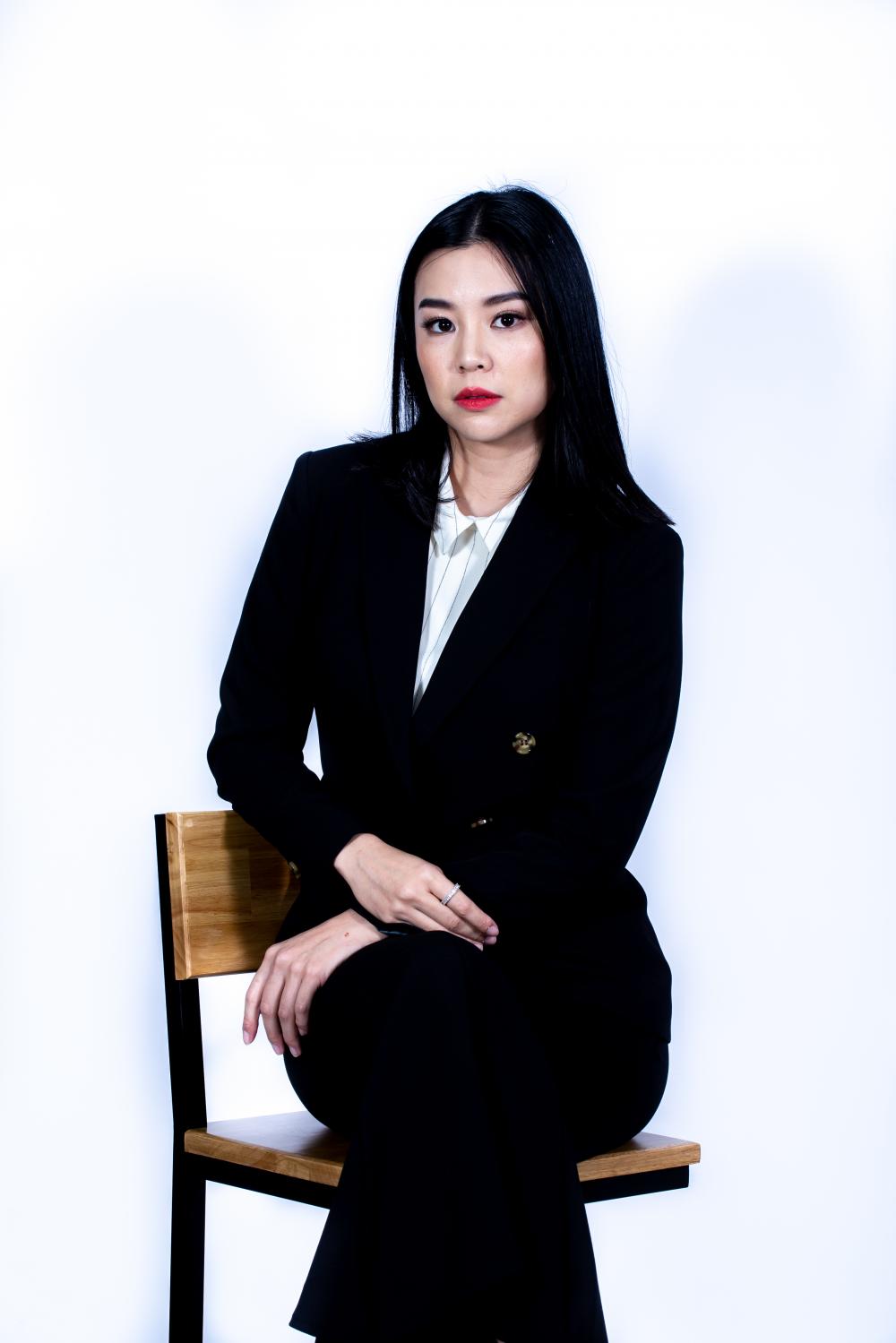 Her company used iron slag, an unwanted byproduct from steel manufacturing, to reinforce the road. It also uses slag to make concrete blocks.

"Normally steel makers use iron slag to fill land, but our company sought a way to increase its value," Ms Sureerat said. "This is a sustainable solution for solid waste and a novel way to make value-added products."

The one-kilometre road, a pilot project of Millcon's innovative development initiative, not only adds new infrastructure to the factory, but also helps build a circular economy.

Unlike the standard linear process of making products, using and discarding them, the circular economy is based on an upcycling process to add value to unwanted materials, making them usable again.

Millcon is using iron slag to pave the way for its move towards a circular economy, which is being promoted by the government.

The company is planning to propose this innovation to the government and encourage the use of iron-slag-derived materials for road construction in Thailand after the success of Millcon's road construction.

"If the government approves the idea, the country will have a new way to reduce waste from the steel-making process and at the same time make a value-added product," Ms Sureerat said.

This is good news for the environment because over a million tonnes of iron slag are generated annually by the steel-making process, and many manufacturers have no idea how to deal with the waste other than to fill land, she said.

Millcon believes iron slag has more potential than that.

The experiment, jointly done with a cement company, has proved that iron slag can be an alternative material for road construction.

"Iron slag has characteristics similar to cement, so it can be used to build a road," Ms Sureerat said.

Her company is also finding other ways to make use of iron slag. It has cooperated with Rayong's tambon administration organisation on a project to build roads inside public parks.

"Usually workers use stones for the construction, but we also found iron slag has the same quality as stones, so it can be their substitute," Ms Sureerat said.

BCG stands for bioeconomy, circular economy and green economy. The government believes that the three dimensions will lead to a sustainable path for Thai economic development in the 21st century.

All three have been promoted by the government since early this year and share the goal of using resources wisely with minimum impact on the environment.

Bioeconomy encourages businesses to use renewable resources as raw materials to produce energy, food and other value-added products. The green economy promotes production processes with low, or no, carbon emissions and waste discharge.

At present, Millcon has the capacity to produce 800,000 tonnes of steel annually to meet demand in domestic and overseas markets. This huge manufacturing inevitably results in a byproduct of piles of scrap iron.

The company has decided to spend 300 million baht buying a high-tech scrap grinder machine that not only enables increased efficiency in steel production but also improve solid waste management.

"The machine has been installed and will start operations in the fourth quarter this year," Ms Sureerat said.

Scrap iron will be broken into small pieces by the machine. They will then be melted in a process to produce reinforcing bars, known as rebar.

"This is a way to reduce waste," Ms Sureerat said. "We almost have no waste at the end of the process."

Eco-friendly production alone cannot ensure that the company will grow in a sustainable way. Ms Sureerat said the pandemic's impact and cheap steel imports from China and Vietnam have dealt a blow to the Thai steel industry.

Without help from the government, it's difficult for Millcon and the industry at large to maintain growth.

The company has called authorities to seriously support the steel industry by using more local steel in state multi-billion-baht development projects, including infrastructure investment in the Eastern Economic Corridor.

The 224-billion-baht project to build a high-speed rail link connecting three key airports alone demands about 900,000 tonnes of steel, according to Millcon.