The Thai Life Assurance Association (TLAA) has requested the Office of the Insurance Commission (OIC) study the feasibility of allowing insurers to invest in a wider range of funds and bonds to take advantage of the low-interest-rate environment. 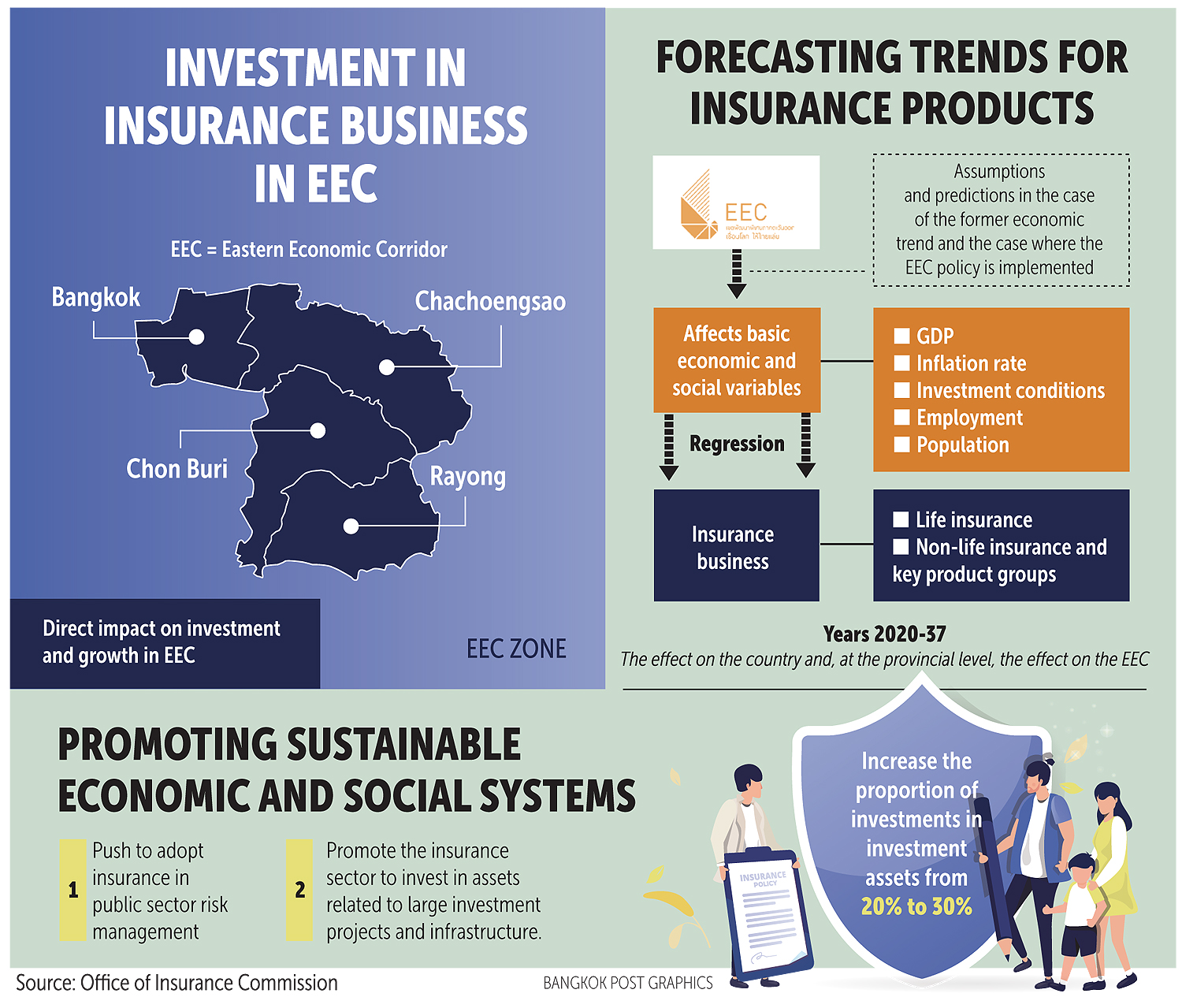 Chuchatr Pramoolpol, deputy secretary-general of the OIC, said insurance companies in many countries can participate in lending projects, but this is very new in Thailand due to its high-risk investment.

The OIC is consulting with the Bank of Thailand based on its experience regulating commercial banks and the lending business.

He said insurance companies have invested a total of 3.9 trillion baht in both short-term and long-term ventures.

OIC secretary-general Suthiphon Thaveechaiyagarn said the office may allow insurance companies to invest in government megaprojects, especially in the Eastern Economic Corridor (EEC), and encourage the government to use insurance to manage risks.

"The EEC is a key part of the country's 20-year development strategy in which insurance companies can participate and provide risk management tools for the government and businesses in that area," he said.

In February, the OIC relaxed investment rules by opening new investment opportunities by allowing insurance firms to invest in many new types of projects like nursing homes, long-term care businesses and insurtech companies.

The office also raised the limit of insurance companies to invest in foreign REITs and infrastructure funds to 30% of the companies' investment assets (from 20% earlier) and relaxed the currency hedging rule to vary by the capital adequacy ratio of each insurance company.

The secretary-general said the fourth insurance development plan will be implemented from 2021 to 2025.

The development plan adopted changes driven by the Covid-19 pandemic, which include encouraging insurance businesses to adjust their business models to be more stable in the new environment, building a culture of risk management in the public and the private sectors with new tailor-made products that serve people's needs, and promoting the insurance system to play a role in a sustainable economy and society.

The plan also aims to develop insurance infrastructure to support businesses with legal reform and development under the regulatory guillotine policy, as well as promote the Insurance Bureau System, OIC Gateway and Center of InsurTech Thailand.

Mr Suthiphon said the office plans to strengthen its internal organisation through digitising operations to become a "smart" OIC by 2022.

Overall health insurance premiums are expected to grow by 8% this year.

The forecast is based on the assumption that GDP will contract 7.8% and the interest rate will remain at 0.5%.

In the first half of the year, the industry reported total direct premium of 407 billion baht, down 1.7%, driven by a 3.2% drop in the life-insurance business and 1.9% growth in non-life insurance led by gains in health insurance.