Social media can have a powerful impact on the Thai political landscape, with alternative communication platforms such as Telegram and Bridgefy gaining momentum as netizens seek ways to elude authorities' attempts to gag them on mainstream social media sites, say industry pundits.

"Over the past few days, some alternative platforms have become popular among young protesters to avoid government bans and censorship," said Pawoot Pongvitayapanu, an e-commerce pioneer and angel investor.

One of the popular messaging apps is Russia-based Telegram, which gained more users after the government stepped up efforts to close Facebook pages run by political groups.

Founded in 2013, Telegram serves as a messaging platform with encryption. One group in the platform can accommodate 200,000 members, much more than the 500-member ceiling for Line's group chats.

The Russian government has recently given up on trying to ban the app after a two-year battle against Telegram. According to the AP, the Russian government ordered its internet service providers to block access to the app, but only succeeded in shutting it down in the country for a few hours.

Telegram is perceived as a better alternative to more widely used messaging apps in Thailand like Facebook and Line because of its "secret chat" function that allows users to create group chats with encrypted messages that are stored on the users device as opposed to on the cloud.

Secret chats also let participants delete messages or time their messages to disappear after a period of time.

At protest sites where phone signals are bad, offline messaging app Bridgefy, which lets users communicate with others through Bluetooth within 100 metres, is also being adopted.

Both Telegram and Bridgefy have become common communication tools among protesters in Hong Kong.

"We saw the experience in the Arab world, where social media triggered a dramatic change in the balance of political power," Mr Pawoot said.

"In Thailand, social media is an influential tool that can have a political impact, echoing what is happening in Hong Kong."

He said the government should refrain from censoring mainstream media, such as certain online and TV channels, because doing so would prod users to find other platforms instead. 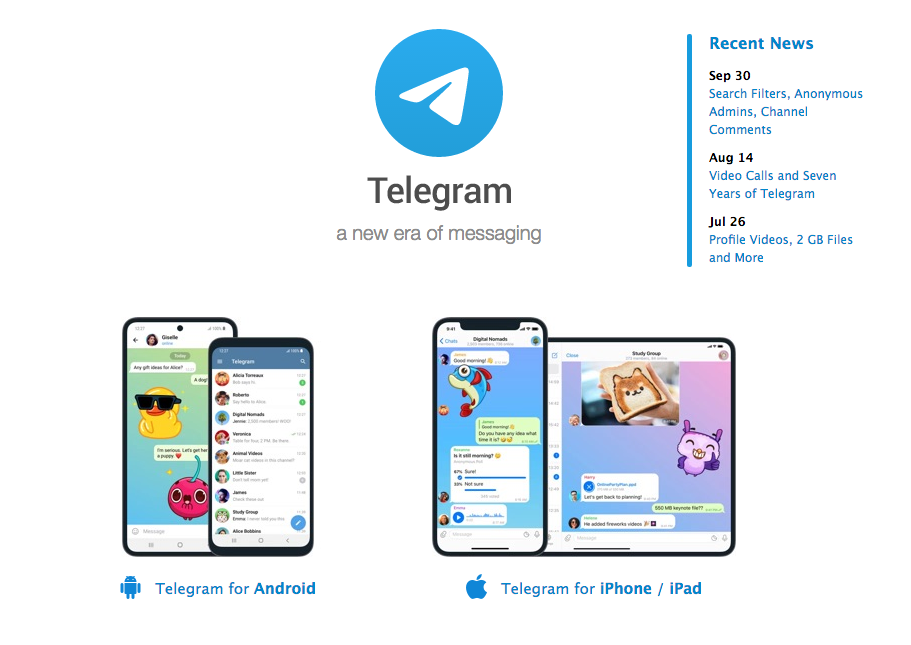 The Telegram app has a "secret chat" function. Pattarapong Chatpattarasill

According to social media analytics firm Wisesight, posts on social media channels in Thailand tallied 41 million on Sunday, a 44% drop from 74 million a day earlier. The platforms surveyed were Twitter, Facebook, Instagram, Pantip, YouTube and websites.

The drop in messages posted on Sunday was because users switched to other platforms, such as Telegram, for communication, said analysts.

Prinya Hom-anek, a cybersecurity analyst, said Telegram has been used for many years, but there is concern about security issues. More users are expected to switch to this platform to avoid the government's ban, he said.

He stressed censorship cannot solve the problem as "there are new tools out there as alternatives".

These new channels may not replace existing popular platforms, such as Line or Facebook, but they are adopted for communication in emergency situations, said Mr Pawat.