1.9m left rudderless as of August while digital companies headhunt

Mr Fal says Thailand is a decade behind recruitment technology.

The pandemic has caused mass unemployment globally and domestically, adding pressure to an online employment arena that even before the outbreak failed to provide results for jobseekers in all income stratas.

A slew of recruitment startups in Thailand recently received an influx of attention and users thanks to the large pool of unemployed workers and demand for a better system of communication between hirers and hirees.

These new sites offer an alternative to Indeed or online job boards that feel like black holes for resumes and social employment platforms like LinkedIn, a haven for careerists and sharkish headhunters.

The number of unemployed Thais spiked to 1.9 million as of August with about 440,000 people applying for unemployment that month.

But as jobs dry up in some areas, Thailand still suffers a labour shortage in the digital space. Due to the lockdown firms had to rapidly digitise their operations, which required them to hire programmers, web developers and masses of low skilled, but digitally adept employees.

This seismic shift in the job market has left so many out of work, opening up major opportunities for new players in the recruiting space to retrain and reemploy the unprecedented numbers of jobless workers.

Tom Vachiramon, chief executive of Thai recruitment startup ScoutOut, says the pandemic has led to a rise in low-skilled digitised jobs that he characterises as "digital blue collar."

As companies rushed to digitise their operations during the lockdown and work-from-home period, they rushed to hire workers with basic digital literacy that could perform tasks like transferring paper documents to computer storage or answering customer queries through social media platforms like Line or Facebook.

"I think the main difference, pre-Covid and post-Covid, is that before Covid companies were trying to steal people and build up their own corporate branding to get people to apply," Mr Tom says.

"There are so many applicants and I do not believe the increase in digital jobs is not enough to offset the loss of jobs from other sectors."

He says the number of applicants per job listing on the company's job board platform, JobsNow, has increased three fold since the beginning of the outbreak.

But still there is a shortage in even basic digital skills for requirements like operating Microsoft Office programs and handling online customer service.

Mr Tom says the ScoutOut's biggest client is Central Group, where the startup is helping the large conglomerate move around workers through subsidiaries from shrinking segments to growing ones.

"Even though our business is growing, it would be growing much faster if the whole economy was growing," he says. "It is very depressing seeing all these messages from people asking for help, applying for 30 jobs and are getting nothing in response."

Some of ScoutOut's largest clients used to be from the hotel and travel sector, but those industries have taken massive hits to revenue due to travel restrictions that shrunk international tourism in Thailand to near zero.

Another Thai recruitment startup GetLinks, which focuses on high skilled tech talent and is backed by Alibaba, saw their revenue double in the first half of the year, as job seekers flocked to the site following massive layoffs across sectors, especially at major tech unicorns like Grab and Gojek.

Djoann Fal, the founder of GetLinks, says many Thai companies have been slow to adopt new recruiting technologies and still handle much of their recruiting through agencies or staff human resources staff.

"Thailand is 10 years late in the game in terms of hiring, and big companies have been slow to adopt recruiting technology," Mr Fal says. "The key is the market, where the cost of hiring recruiters is so cheap and it is cheaper to have an army of recruiters than using AI or paying for a subscription for an automated service."

The GetLinks platform operates across APAC, but 60% of its traffic comes from Thailand. Mr Fal says Hong Kong, where companies tend to rely more heavily on automated recruiting services, has been one of its strongest markets but growth has slowed due to the protests and political tensions in the city.

He says the most in demand jobs on GetLinks relate to e-commerce, and any project manager position across sectors where salaries have inflated 50-60%.

"Everyone is poaching each other's project manager," Mr Fal says. "There is definitely a talent war going on and it is hard for startups to compete with big companies offering larger salaries, especially after the crisis."

The company focuses on B2B partnerships, with companies based on a subscription model to attract talent on GetLinks' platform, where workers can upload their resumes and create a profile to search for jobs through an algorithm based on interests.

Mr Fal says the company wants to reduce the hassle of multiple-round job interviews by allowing job hunters to upload a video introduction, which can act as a quasi-first round interview for employers.

He has also launched a sister company, Adaptivity, to train tech employees for sustainable jobs that can survive the coming wave of automation.

Bangkok-based seed-funded recruitment startup, Devcurate, is taking a hyper-focused approach to recruitment by matching job seekers wanting to improve society with jobs that promise to do that, such as work in the United Nations, non profits or other non-governmental organisations.

Aanas Ali, the founder of Devcurate, says the job listings have not significantly reduced on the platform because of the pandemic, but the situation is improving as companies adopt digital tools to recruit new employees after more traditional methods were disrupted due to the pandemic.

In May, the company launched a video conferencing service, Vanda, where organisations can pay a subscription fee to conduct virtual interviews with candidates. The company also charges for the number of job listings the company posts on the platform.

Like with GetLinks, Vanda allows job seekers to post introduction videos on the platform for organisations to comb through in a pre-screening process that aims to provide more depth to a traditional resume and cover letter. 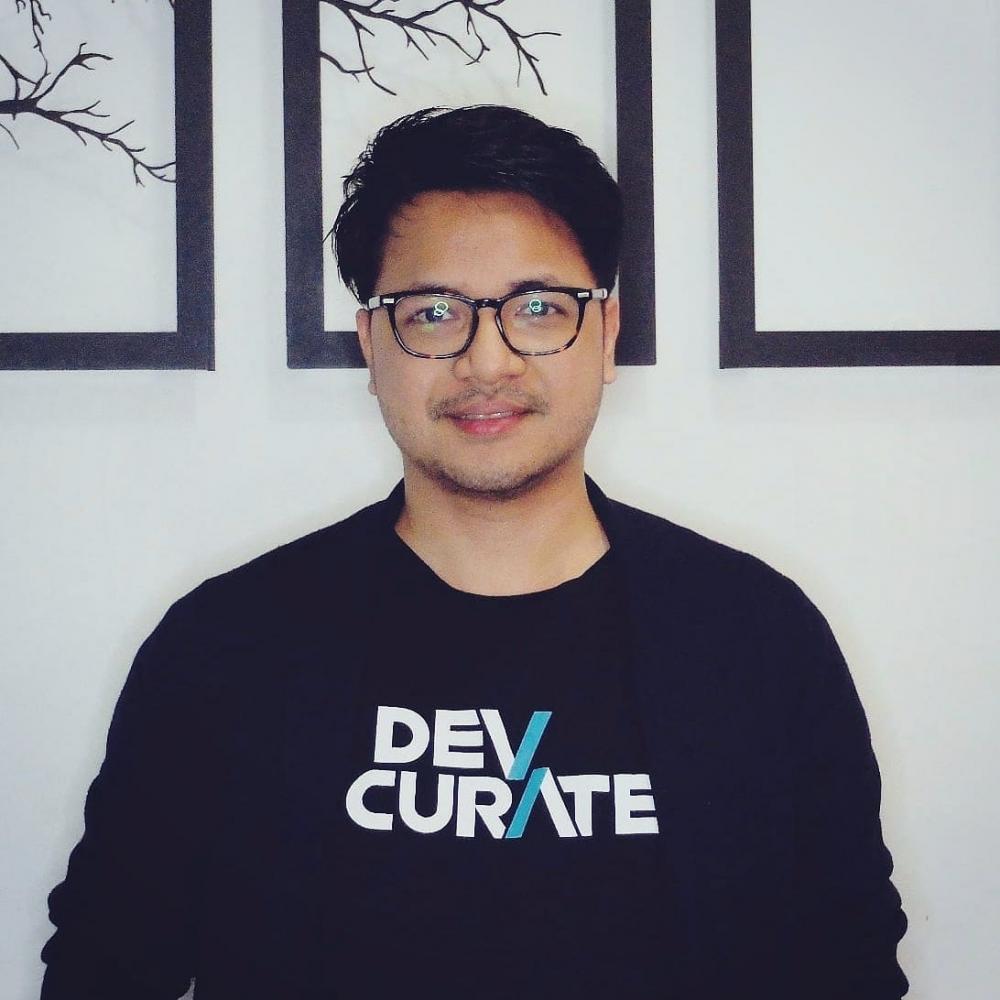 "When you can't meet people in person you get a lot of jobs getting cancelled because they don't know how to recruit," Mr Ali says.

"Following the lockdowns in July and August, you see more postings due to the adaptability of organisations to find different methods of recruitment."

Jobseekers are free to apply for jobs, however, the company offers paid career coaching services to build up soft skills like leadership, communication and collaboration valuable in the social impact sector.

"A common question in recruiting is not just what are your biggest strengths and weaknesses, but what are your personal values?" he says. "A common struggle is how to match these values to individual organisations."

According to Punyanuch Sirisawadwattana, country manager of Thailand at Robert Walters, says many companies have been late to adopt digital marketing and other online sales channels, while workers are reluctant to switch jobs under the incredibly uncertain economy. Factors like a second wave outbreak of infections could cause major downturns in various sectors and being at the wrong company at the wrong time could be devastating for a worker's employment status.

Digital marketing and anything related to tech is in high demand but in that space Thailand does not have a large enough number of experienced candidates," Ms Punyanuch says. "People are still getting offered jobs but they do not want to move even though the value of their packages are higher."

Firms in Thailand are also having major issues recruiting high skilled foreign workers due to travel restrictions in Thailand.

She says companies were slow to trust hiring over video interviews during the lockdown, but eventually many decided to go ahead with virtual hiring due to the realities of the situation.

"I think the trend of video interviews and virtual hiring will continue after the pandemic, because companies are finding it convenient and it helps speed up the process because you can find out a lot of information about a candidate over a video call," she says.