The consumer price index (CPI) declined for the eighth straight month in October, pulled down by raw food, especially meat and fresh vegetables, owing to increasing demand, both from domestic and foreign markets as well as unexpected flooding in many farm areas. 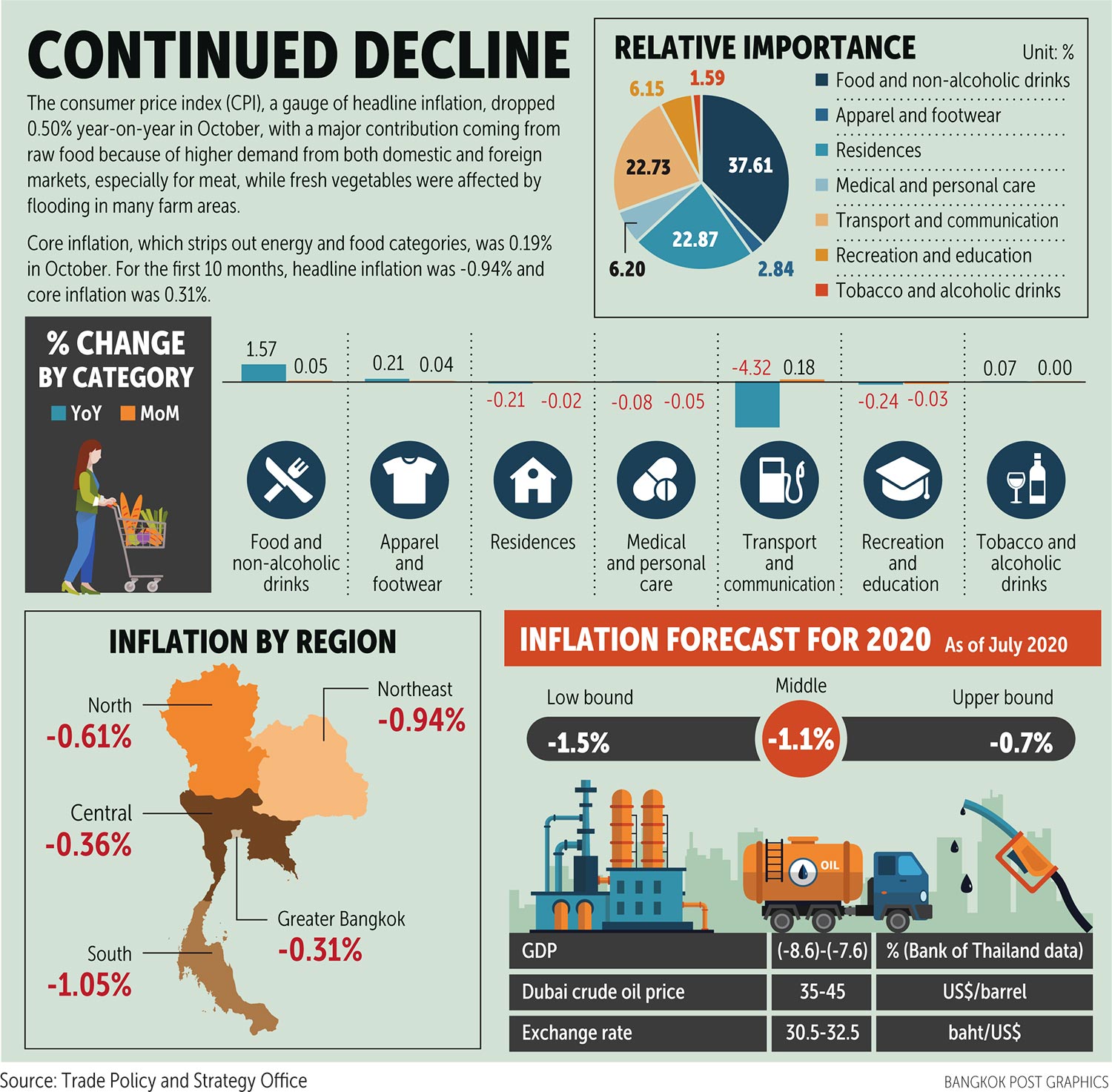 In addition, energy prices improved significantly from the previous month, even as they contracted.

The Trade Policy and Strategy Office, the Commerce Ministry's planning unit, reported yesterday the CPI, a gauge of headline inflation, in October decreased 0.50% year-on-year from the same month of last year, compared with a 0.7% drop in September.

The prices of seasonings and condiments also increased by 2.54%, while non-alcoholic beverage prices increased by 0.94%. Home-cooked food and takeaway meals rose 0.44% and 0.68%, respectively.

In contrast, the prices of rice, flour, and flour products; and eggs and dairy products declined by 1.76% and 1.20%, respectively.

Inflation for items excluding food and energy, known as core inflation, was 0.19% in October.

"Inflation in November 2020 will improve following the gradual economic recovery as a result of several government economic stimulus measures, including additional public holidays, the We Travel Together programme, Shop and Payback tax rebate scheme and the co-payment programme. These measures are aimed at enhancing purchasing power and encouraging spending during the remainder of the year," she said. "The prices of raw food, particularly meat, vegetables and fresh fruit, tend to increase year-on-year, forced up by lower supply, improved demand and low base prices from last year."

The price momentum of energy prices could be a crucial factor that should be closely monitored. The average annual rate of headline CPI in 2020 is projected to be between -1.5% and -0.7% (the average rate is -1.1%), said Ms Pimchanok.