Thailand's internet economy is expected to hit US$53 billion in 2025, a compounded annual growth rate (CAGR) of 25% from an estimated $18 billion this year, driven by e-commerce and online travel segments, according to the e-Conomy SEA 2020 report. 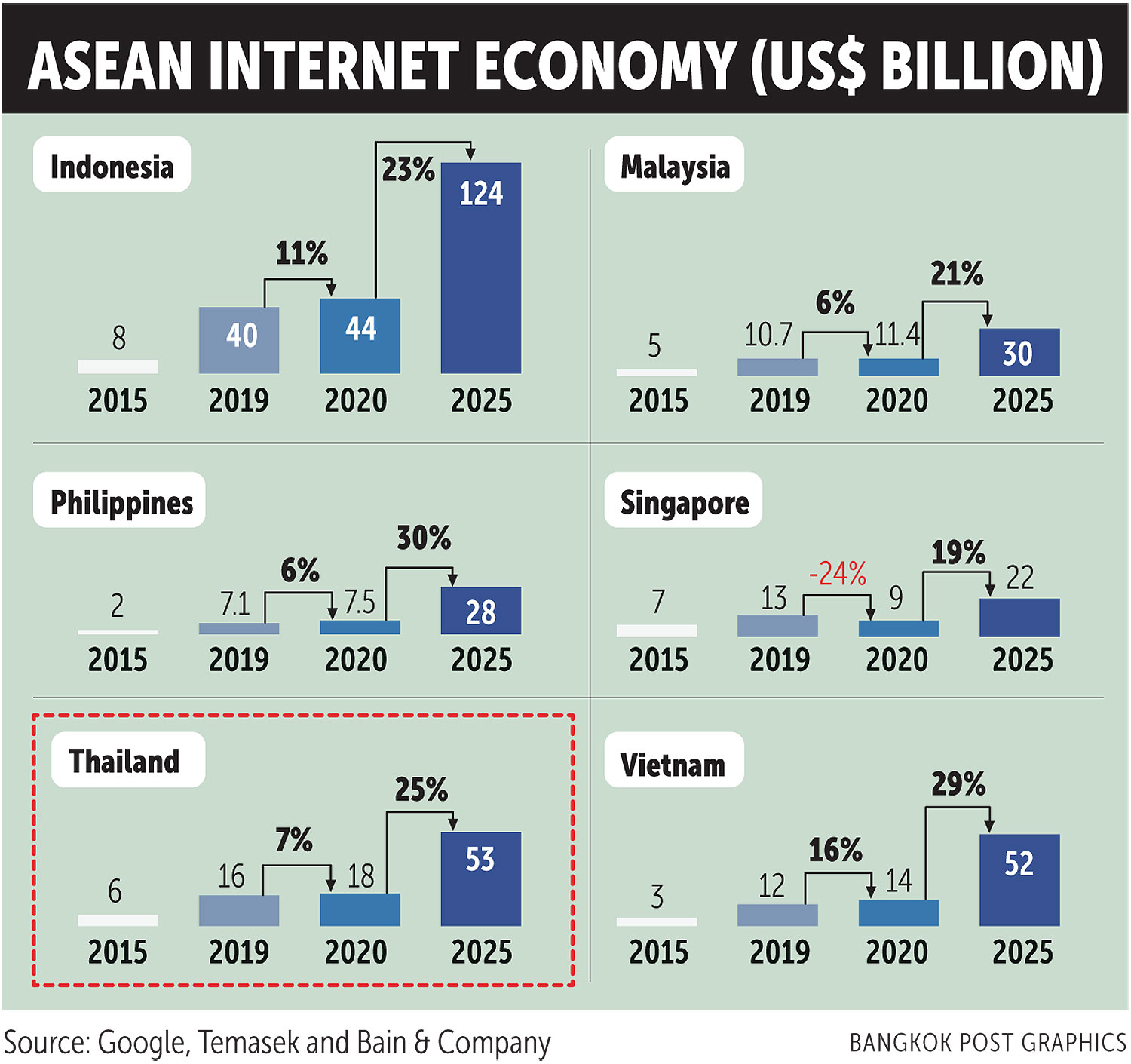 Thailand is projected to have the second largest internet economy in the region this year after Indonesia, despite economic challenges.

The report indicated 30% of all digital service consumers in Thailand are new to the service because of the pandemic. Some 95% of them are likely to continue their online behaviour in the post-pandemic era.

The report, jointly commissioned by Google, Temasek and Bain & Company, looks into the growth of the internet economy in six Asean countries: Thailand, Vietnam, the Philippines, Malaysia, Singapore and Indonesia.

According to Ms Wang, 40 million new users in Asean went online for the first time this year, bringing the total number of internet users to 400 million. Some 70% of the region's population is online.

Thailand is expected to see a drastic growth in the e-commerce sector this year with an estimated 81% rise to $9 billion. The e-commerce market is projected to have a 21% CAGR from this year to $24 billion in 2025.

In terms of online media, covering advertising, gaming, video and music on-demand, Thailand is expected to see year-on-year growth of 20% to $4 billion in 2020. The segment is projected to grow 15% from this year to $7 billion in 2025.

The report said Thais were spending 3.7 hours online per day before the outbreak, which spiked to 4.6 hours at the height of the lockdown and has since settled at 4.3 hours.

"Eight out of 10 users in Thailand considered technology very helpful during the pandemic, which highlights how it has become an 'indispensable' part of people's daily life," the report said.

The ride-hailing and food delivery segment is expected to fall 12% year-on-year to $1.1 billion in 2020.