Mr Pramoth said Asiasoft will expand its reach to Vietnam and Indonesia as next targets.

The online gaming industry is a major business sector that has gained traction during the pandemic, as more people spent extra time at home and engaged in online entertainment content.

SET-listed Asiasoft Corporation, a Bangkok-based game service provider, is riding the wave of this flourishing segment with sales reaching 1 billion baht in the first nine months of this year, up 81% year-on-year.

During this period, 59% of the company's revenue came from overseas markets, including Singapore, Malaysia, and the Philippines, with the remainder generated by the domestic market.

It is now looking ahead and aims to thrive next year within Asean, although it could face tough competition from major rivals such as Garena, an online game developer headquartered in Singapore.

"During the lockdown, users spent more time engaging in online entertainment, such as video streaming, music and online games. This was not only for existing users, but also new ones," Pramoth Sudjitporn, chief executive of Asiasoft, told the Bangkok Post.

As the pandemic persists, entertainment consumption is shifting further online from offline, making it a true trend, said Mr Pramoth.

According to gaming research firm NewZoo, the 2020 global gaming market is projected to grow 19.6% year-on-year to US$175 billion. 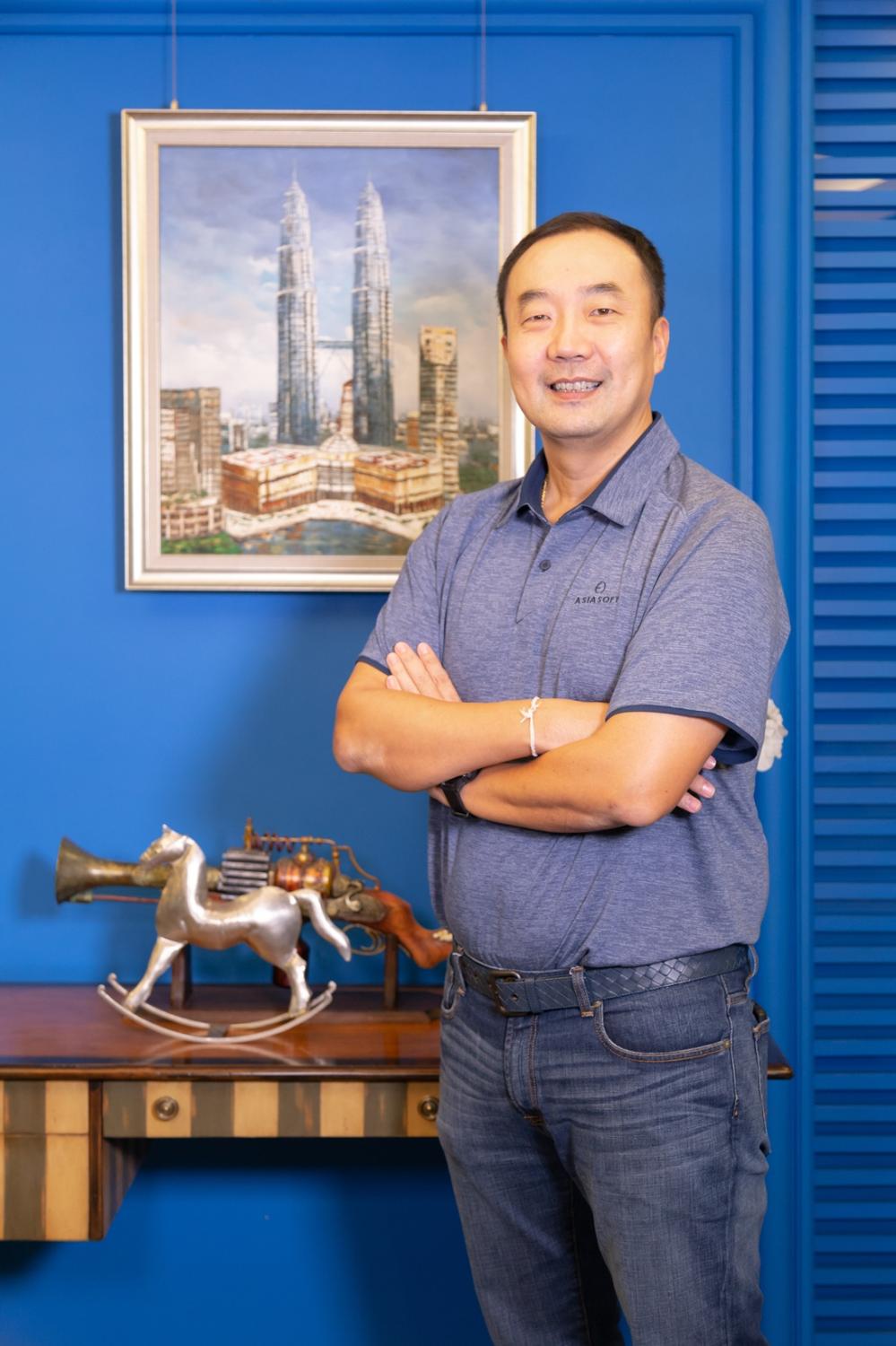 From next year, Asiasoft plans to focus on two objectives: launching more mobile games and expanding into new markets.

"We expect to see a rise in female gamers, too," he said.

In 2021, the company plans to launch 8-10 mobile games, up from 2-4 mobile games per year in the past. The first priority will be MMORPGs.

According to mobile data and analytics platform App Annie, games contributed 70% of revenue created on mobile application stores in Asean over the first 10 months of this year.

In terms of game type, role-playing and strategy games accounted for 43% of mobile game revenue in Asean, although its share of downloads stood at just 5%.

PC games may have fewer numbers of users, but these gamers can offer higher average revenue per user than mobile gamers, said Mr Pramoth.

He said 90% of Asiasoft's revenue is from PC games and the remainder from mobile games.

Despite the roll-out of 5G network coverage, cloud-based gaming could take time to grow because it involves significant costs for game service providers in terms of the computing resources required to support massive number of users.

"Investment in cloud-based games is still not justified at this time," he said.

Mr Pramoth said the company will be expanding into Vietnam and Indonesia.

"Vietnam and Indonesia both have specific regulations, such as censorship and local server requirements, so we have to establish joint ventures to do business there," he said.

Asiasoft has experienced both highs and lows since its establishment almost two decades ago. Its peak period came when it launched Ragnarok Online in Thailand in 2002. The game later went on to become a big hit in the country.

Mr Pramoth recalled a tough time during 2014-2017, when the popularity of PC games dropped significantly as users switched over to mobile games amid the growing prevalence of smartphones.

"We ordered new PC games in advance since they require years to develop. So when the market changed, these games led to losses," he said.

During this challenging period, the company had to slash its workforce from 1,000 to 400 and close or sell many subsidiaries, said Mr Pramoth.

Businesses need to diversify and tap into new markets to mitigate risk. They may have to think about short-term business plans, such as only two years, rather than a long-term plans of 3-5 years because of the dynamics of the market, he said.

Businesses should not be too optimistic about the current trend, said Mr Pramoth.

"I used to overlook the mobile trend and was too positive about the PC market," he said.

Asiasoft spent two years turning things around, said Mr Pramoth. In the first quarter this year, the roll-out of new games and the pandemic-induced lockdown were major drivers for growth in the gaming industry, he said.

In its heyday, the number of online game service providers stood at about 30, but the number has dipped to just five major players.

Game service providers cannot focus on a specific country because this would not be cost-efficient, said Mr Pramoth. They need to expand into more foreign markets with games by seeking to obtain licences.

Being a regional player with economy of scale is the key to success, he said.

Mr Pramoth acknowledges the competition from major regional rivals, such as Garena, which is part of Singapore's Sea Group, a group with a substantial amount of capital.

"But the market is so vast -- no single party can take it all. Players [in the market] have their own expertise in certain game genres," he said.

"We are keen to engage in role-playing games, which involve highly paid gamers. We continue to improve our services to serve millennial gamers.

"We will continue to focus regionally. We plan to thrive based on our own strengths.

"My next ambition is to explore Indian gaming opportunities and the education tech business."

WASHINGTON: Governments around the world on Thursday raced to head off a surge in coronavirus cases driven by the Delta variant, with US President Joe Biden offering new incentives to vaccine holdouts and Israel authorizing booster shots.