Rebound from 7% contraction this year

The Commerce Ministry forecasts Thailand's exports recovering to growth of 4% next year after a contraction of up to 7% this year. 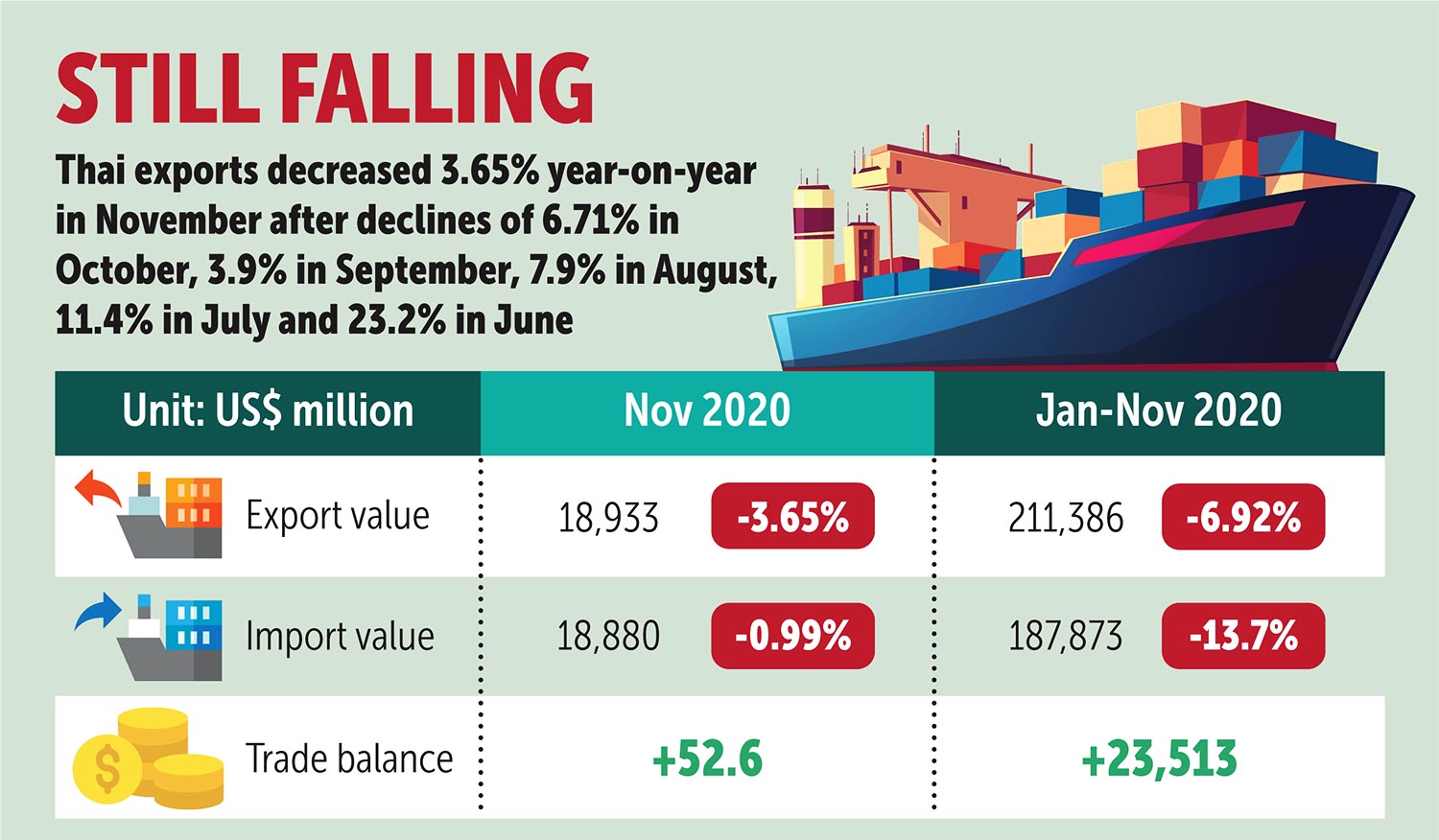 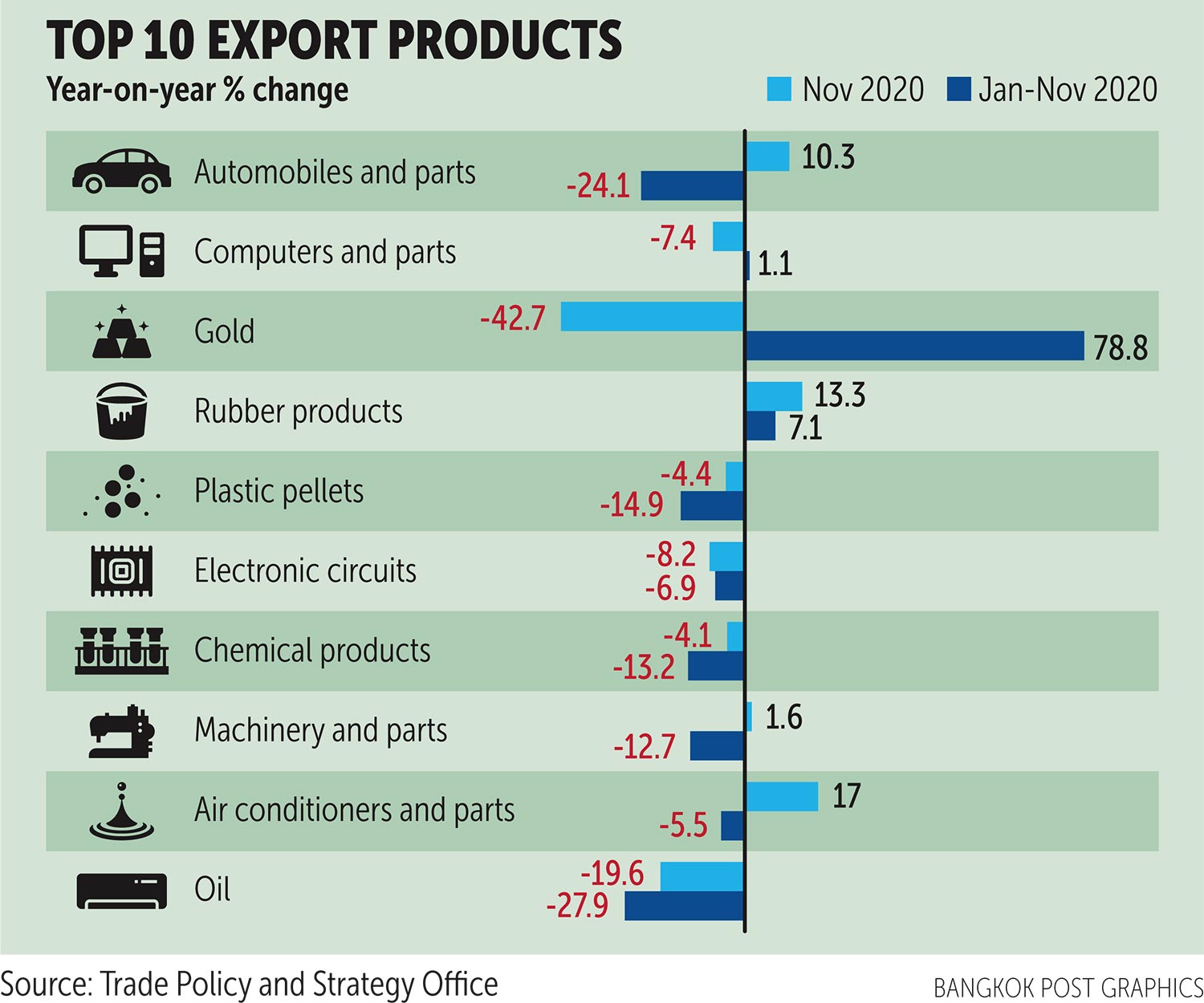 Pimchanok Vonkorpon, director-general of the Trade Policy and Strategy Office under the Commerce Ministry, said next year's growth would be driven largely by food, products related to working from home, home appliances, healthcare, the recovering global economy and the availability of the Covid-19 vaccine.

"Despite a second wave of infections reported by many trading partners, their lockdown measures are not as tight as during the first wave of the outbreak to curb the impact on overall economies," said Ms Pimchanok. "A successful vaccine would build up confidence in the world's economic prospects from the second quarter."

She said other positive factors for export prospects in 2021 include trade logistics returning to normal traffic and rising global oil demand, which is likely to raise oil prices.

A spate of negative factors still lingers, including the possibility of a prolonged pandemic, difficulties with logistics, a stronger baht, and the impact of the US's economic and trade policy under President-elect Joe Biden. 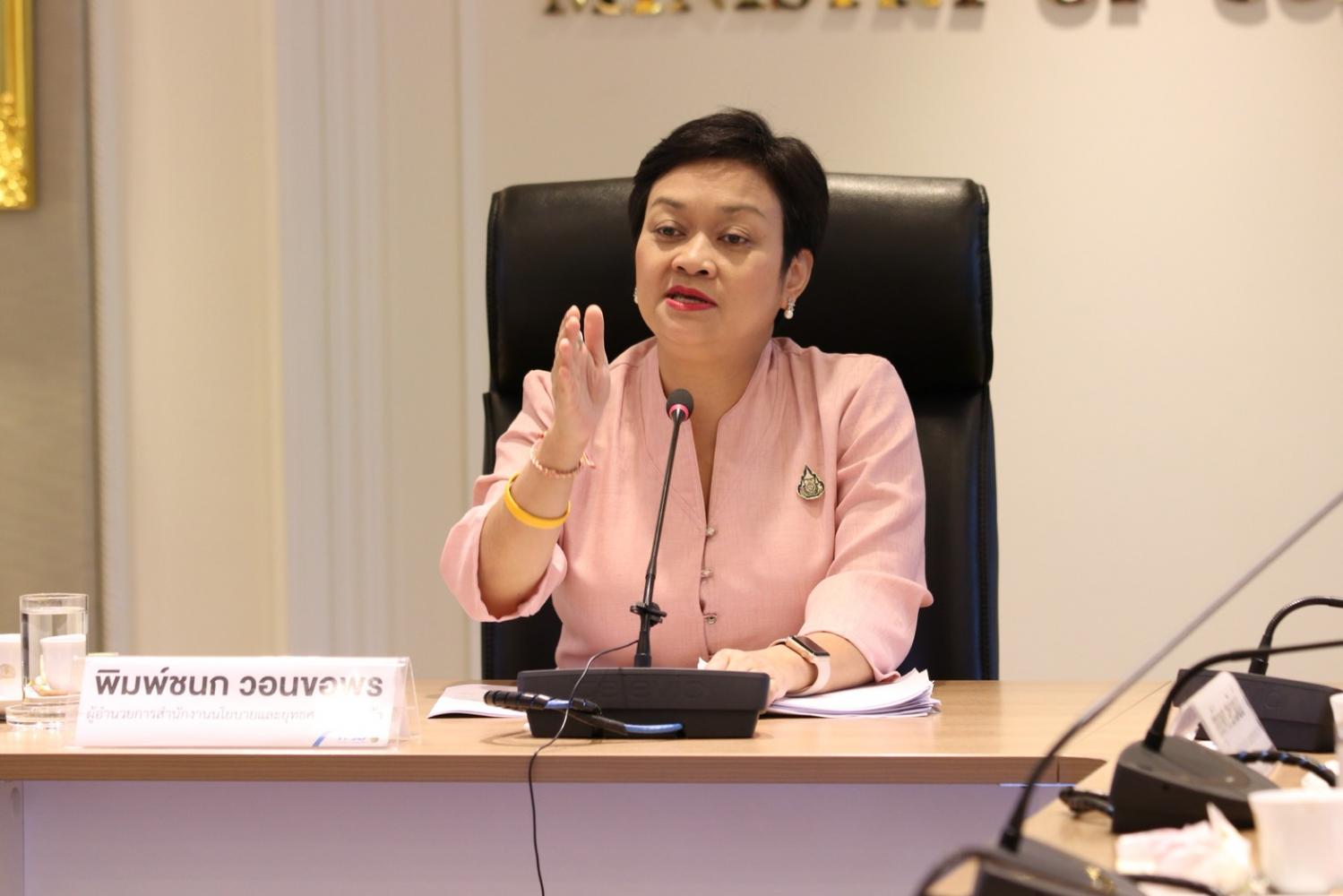 "A successful vaccine would build up confidence in the world’s economic prospects from the second quarter." — Pimchanok Vonkorpon, Director-general, Trade Policy and Strategy Office

On Wednesday, the Commerce Ministry reported the country's customs-cleared exports fetched US$18.9 billion in November, down 3.65% from the same month of last year, with imports shrinking 0.99% to $18.9 billion, resulting in a trade surplus of $52.6 million.

According to Ms Pimchanok, exports to major markets continued to recover gradually despite the spread of Covid-19 increases in many countries. The export growth in the US and Japan markets expanded by 15.4% and 5.4% respectively, while exports to the EU contracted by 8.5%.

The Commerce Ministry forecasts Thai exports for the entire year of 2020 are set to shrink by 7% to $238 billion.

Ghanyapad Tantipipatpong, chairwoman of the Thai National Shippers' Council, said the country's exports for the whole year are likewise expected to fall by up to 7% this year.

The figures could possibly grow by 3-4% next year, hopefully boosted by the availability of the Covid-19 vaccine.