New condo supply scheduled to launch in Greater Bangkok next year is expected to continue falling, with only 20,000 units projected, following a nadir in 2020. 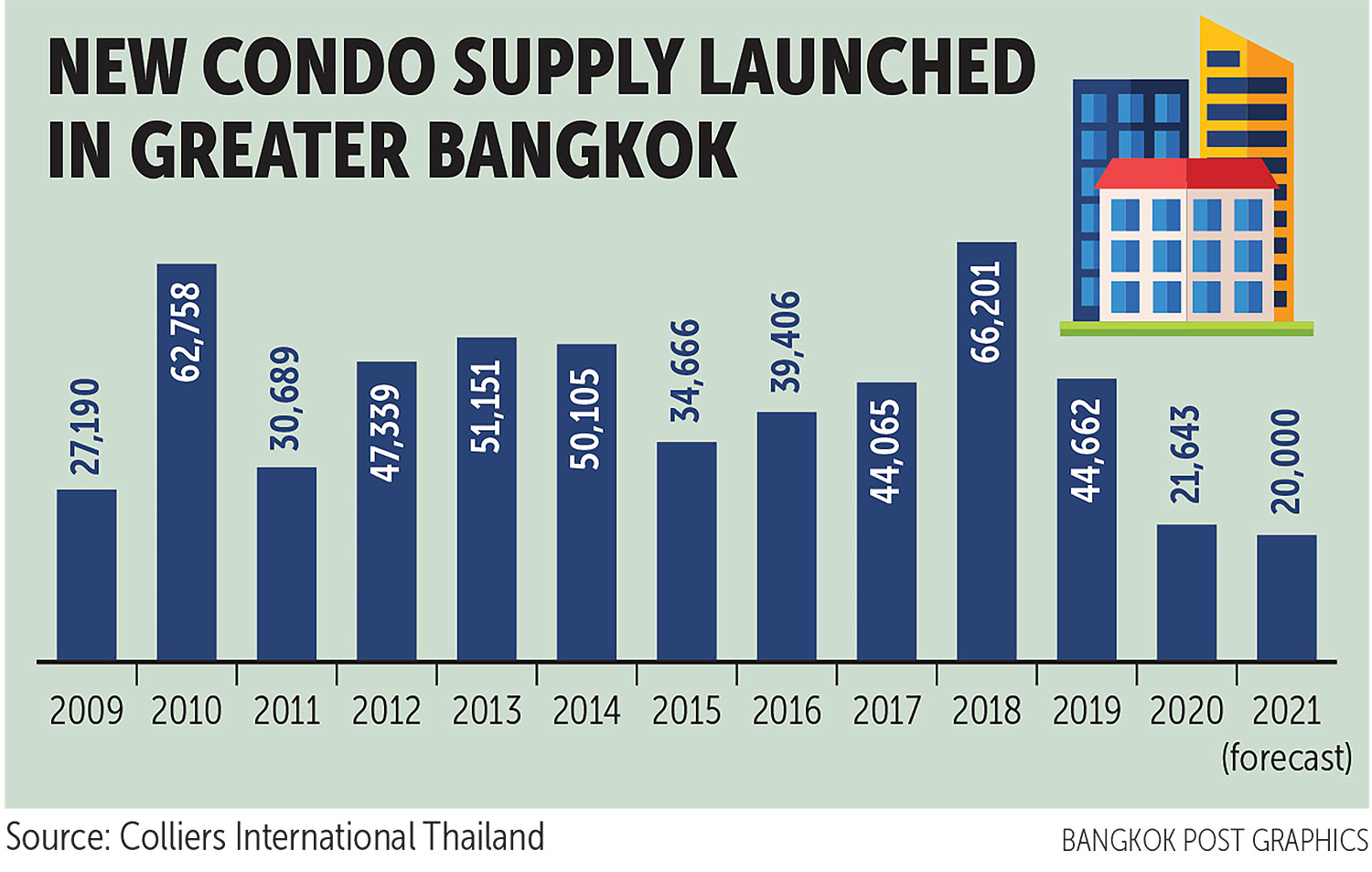 The pandemic led to the first setback in new supply in 15 years, since the skytrain and subway started running together in 2004, spurring condo growth in 2006.

Phattarachai Taweewong, associate director of the research and communications department at property consultant Colliers International Thailand, said the new outbreak of Covid-19 in Thailand was a key risk factor.

"The only positive factor in 2021 is vaccine development. If one is available in the second half, it will be a driving factor for economic recovery in 2022," he said.

According to property consultant Plus Property Co, a subsidiary of Sansiri Plc, new condo supply launched in Greater Bangkok each year since 2006 exceeded 27,000 units.

Colliers forecast a continuing contraction for new condo launches in Greater Bangkok as developers turn to low-rise housing, including for strategic provinces.

"Low-rise houses will remain the rising star," said Mr Phattarachai. "Some developers may consider delaying new condo launches again as they are uneasy about feedback from buyers amid with the contagion."

He said new condo supply next year will be in locations where supply is limited and demand is strong, such as Thong Lor. Some new condos are slated for mass transit lines under construction, particularly the Orange Line on Ramkhamhaeng Road.

Locations near the Yellow Line on Lat Phrao and Srinakarin roads, the Pink Line in the Ram Intra area and the Gold Line on Charoen Nakhon Road will also draw new condo supply, said Mr Phattarachai.

"The key is to launch new supply with the same prices as the market or lower, otherwise they will be unattractive," he said.

In inner-city locations, there should be fewer new condo units as there is a glut following a mass expansion the past four years. Other factors that will sway developers to outward locations include high land prices in inner-city areas and slower foreign demand, said Mr Phattarachai.

The most popular price bracket is 50,001 to 100,000 baht per square metre because it is affordable for real demand and attractive for investors.