Covid-19 has brought Thailand's aviation and tourism industries to their knees, but airlines and agencies have plans for revival in 2021

Thai Airways airplanes are seen parked on the tarmac at Suvarnabhumi airport. The Central Bankruptcy Court heard in July the rehabilitation plan of the loss-ridden carrier, which has been further battered by the impact of Covid-19. (Photo by Wichan Charoenkiatpakul)

If 2020 was wretched for tourists and the flying public, 2021 looks to be a year full of calibrated plans for recovery for both the tourism and aviation sectors that are desperate for the year-long Covid-19 crisis to bottom out.

Indeed, the past year has brought tourism and every airline to their knees. What has been billed as the "plague of the 21st century" forced borders to close one by one, marking an almost insurmountable struggle for many and the beginning of the end for some.

The border closures spelled instant doom for the aviation industry as most airlines grounded the majority, if not all, of the aircraft in their fleets. Some major players, including flag-carrier Thai Airways International, which is in the middle of debt restructuring in court following a series of heavy losses well before the pandemic, were hit hard.

The next casualty was tourism, an industry which contributed almost 20% of GDP last year. Some predict that getting tourism spending back to pre-Covid levels could take up to four years. But that won't be possible without airlines returning to the sky in full force. 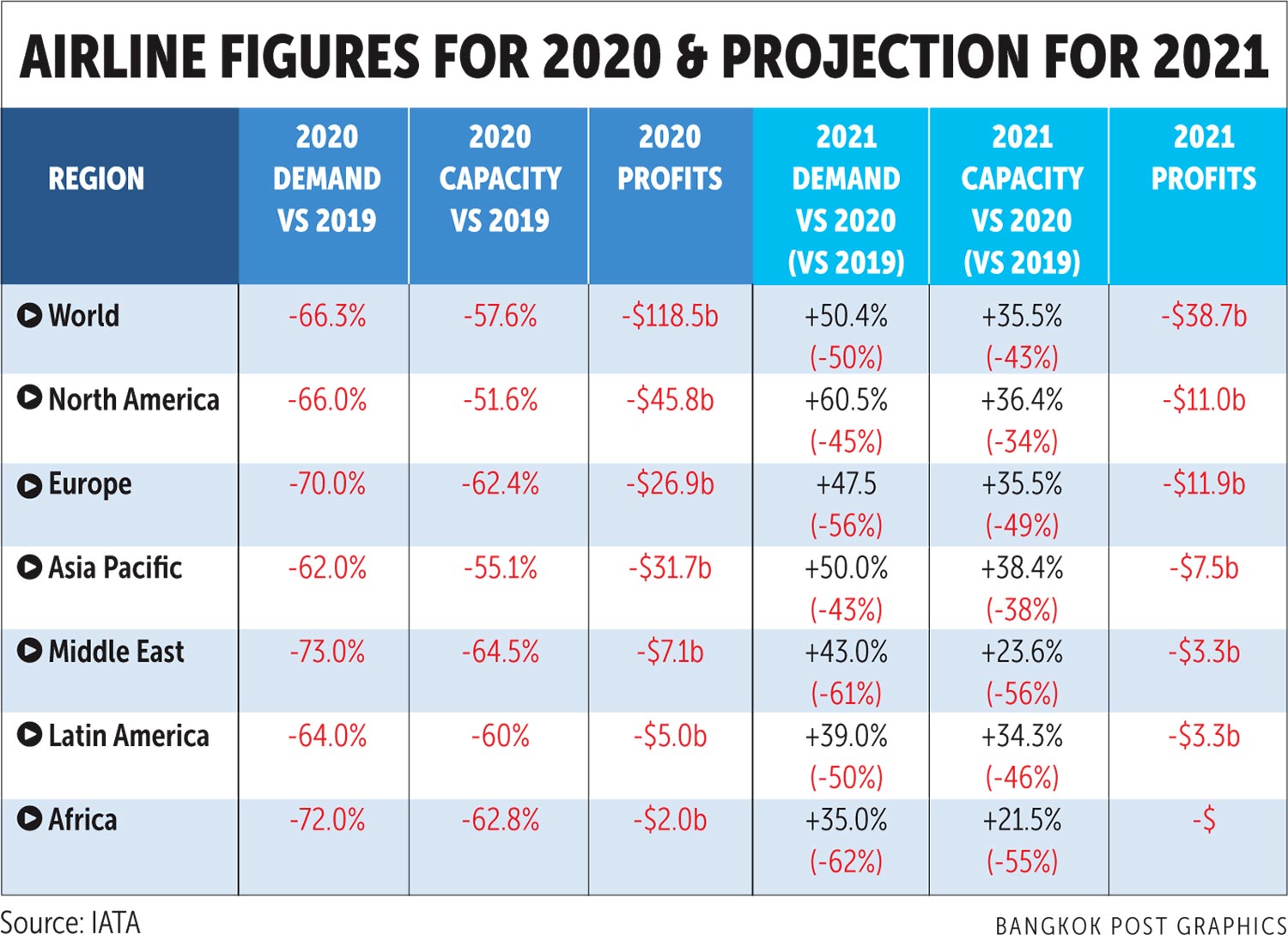 The world's trade body for airlines, the International Air Transport Association (IATA) has released figures that present a cause for both disappointment and hope. It has revised up the net loss of almost US$119 billion (3.57 trillion baht) for airlines globally last year, up from the $84.3 billion forecast in June.

At the same time, the association sees a net loss of $38.7 billion carrying over the threshold into this year, which is deeper than the $15.8 billion forecast in June. Performance factors in 2021 will show improvements from 2020; and the second half of 2021 is expected to see improvements after a difficult first half.

Aggressive cost-cutting is expected to combine with increased demand during 2021 due to the re-opening of borders with testing and/or the widespread availability of a vaccine to see the industry turn cash-positive in the fourth quarter of 2021 -- earlier than previously forecast.

IATA Travel Pass in the works

Key design elements have been unveiled for the IATA Travel Pass, a mobile app to help travellers manage their travel in line with any government requirements for Covid-19 testing or vaccine information.

The pass stores encrypted data including verified test or vaccination results on travellers' mobile devices. The traveller controls what information is shared from their phone with airlines and authorities. 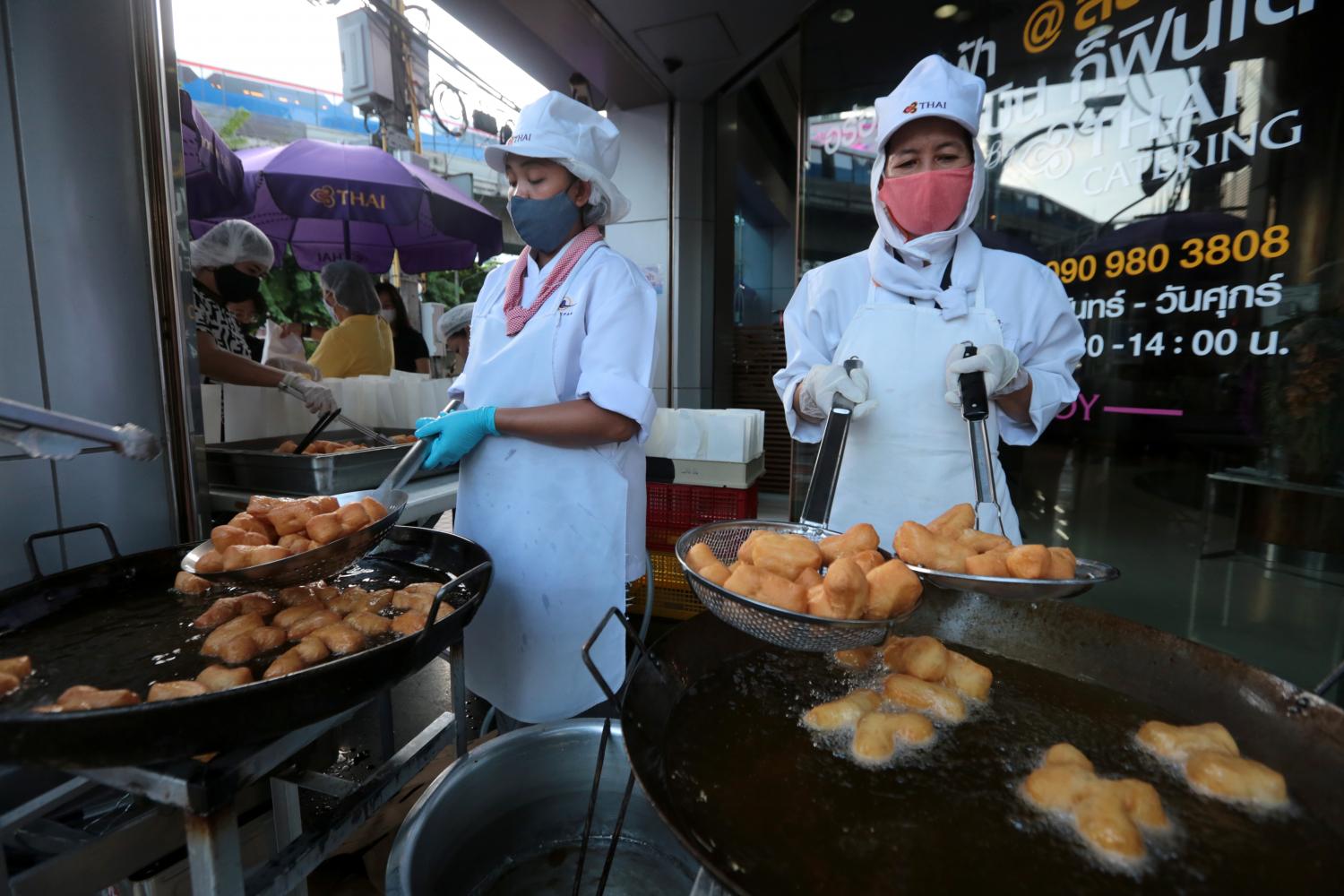 The IATA Travel Pass is scheduled for release early in the first quarter of 2021 for Android and for iPhones. On iPhones, it will use the "Secure Enclave" features of Apple devices and a similar security encryption system for Android.

Since the onset of the Covid-19 pandemic, governments have helped airlines survive the crisis with approximately $173 billion in various forms of financial support, according to the IATA.

More support will be needed in the form of financial stimulus. Many of the support packages are running out, but industry losses continue to mount. The industry is expected to continue burning through cash at a rate of almost $7 billion per month in the first half of 2021.

Financial support must come in ways that do not further inflate debt, which has risen by 51.4% in the crisis to $651 billion. To put this into perspective, total industry revenue in 2021 is expected to be $459 billion, the association said. 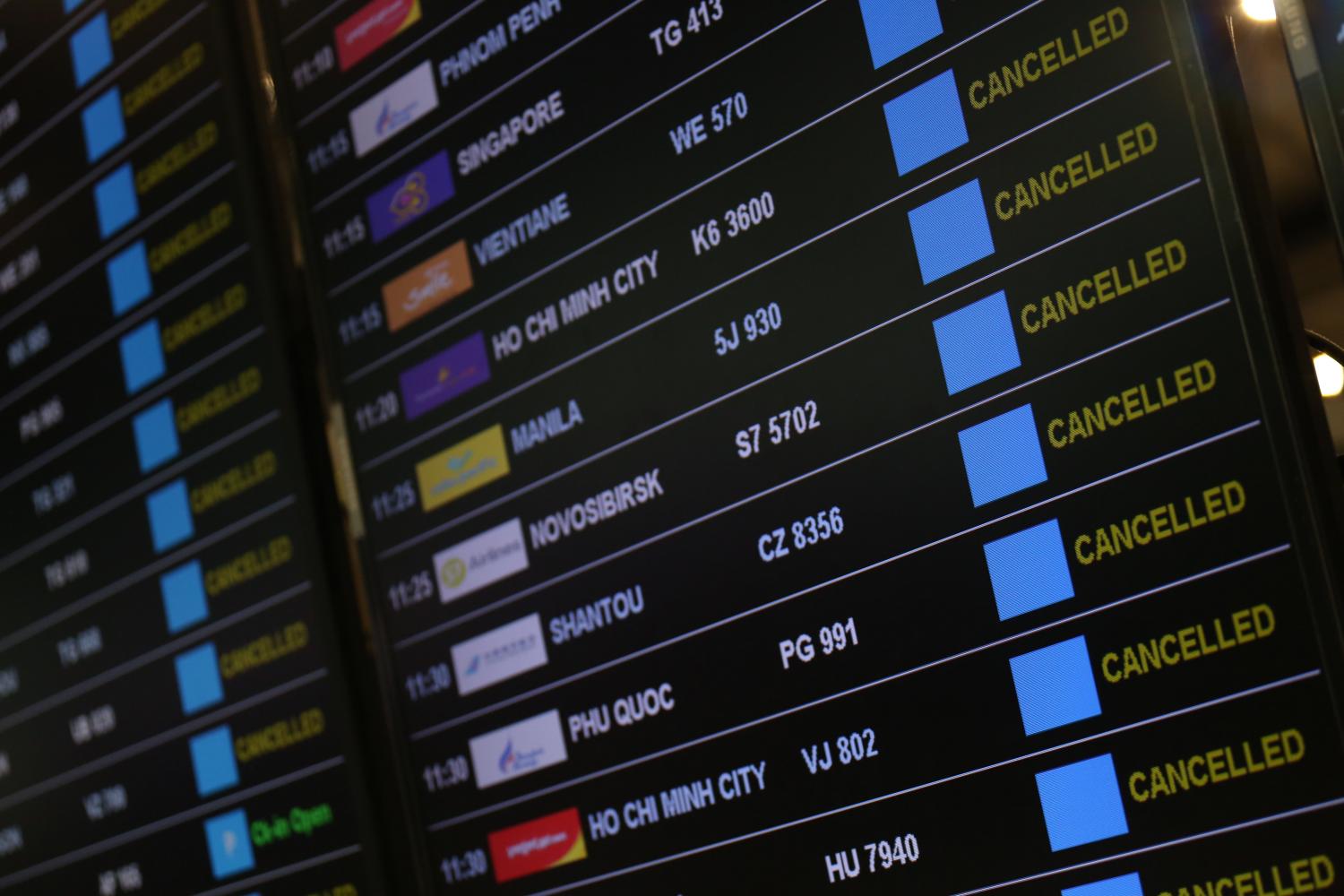 While all regions are hit by the crisis, those airlines with larger domestic markets or with large cargo operations are performing better. The differences between the regions become more exaggerated in 2021 with Asia-Pacific and North American carriers seeing the most significant reductions in expected losses.

The predicaments were played out in November as the Covid-19 flare-ups mounted.

In late October, the Centre for Economic Situation Administration (CESA) told the National and Economic and Social Development Council (NESDC) to look into the soft loan issue and directed an inquiry to the Bank of Thailand about the loans requested by airlines, according to Mr Arkhom.

So far, no progress about the financial lifeline has been forthcoming, despite Prime Minister Prayut Chan-o-cha having held talks with airline executives, agreeing in principle to release the soft loans to offset the financial damage from the pandemic.

However, Deputy Prime Minister Supattanapong Punmeechaow earlier insisted the loan request was being given serious consideration.

He suggested that airlines try to settle their debts with creditors and avoid using soft loans for repaying debt, particularly for deals that cannot be negotiated.

In the meantime, the cabinet approved the extension of the jet fuel tax reduction in early November. 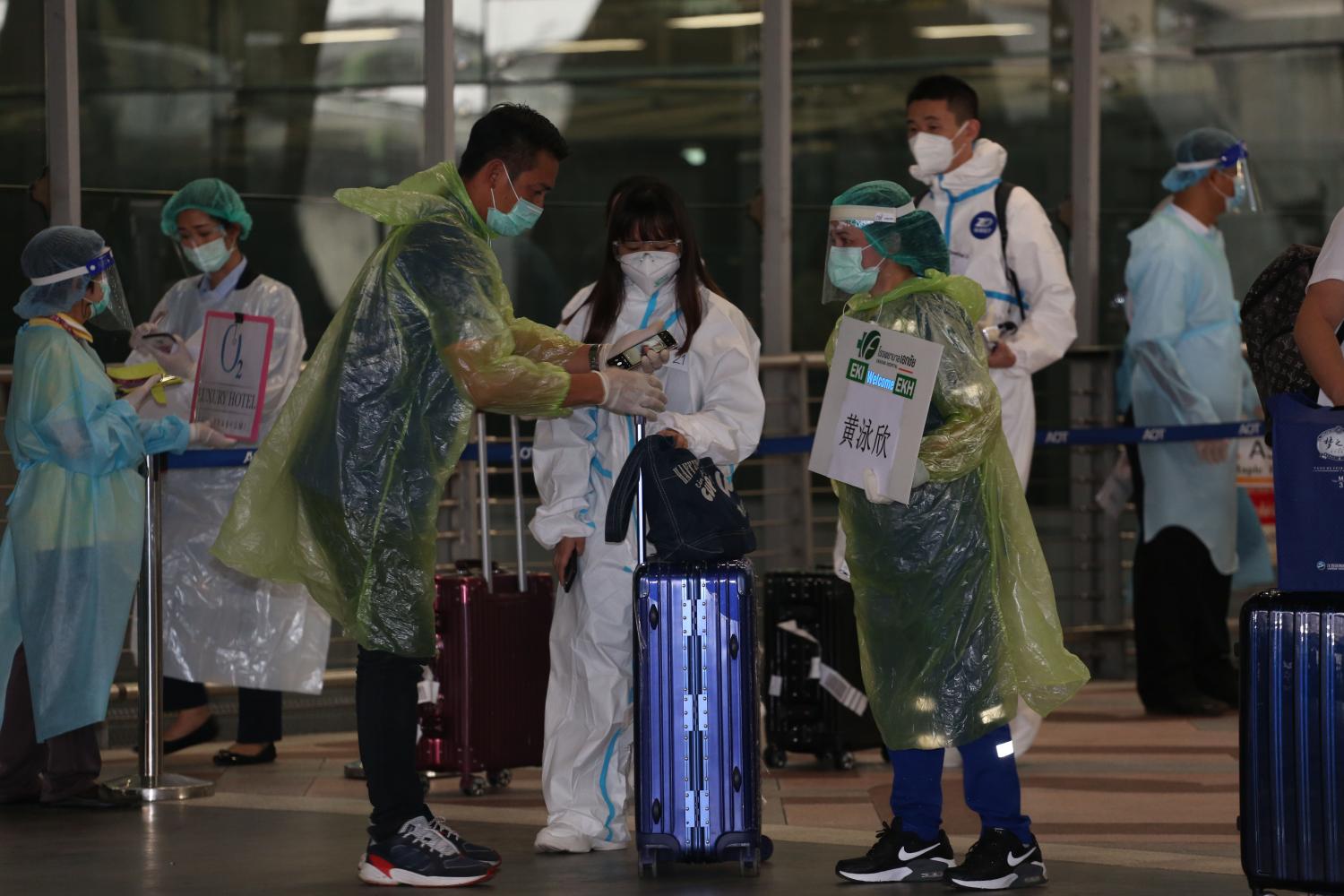 "We still have weak demand for weekday flights because of the lack of international tourists who would normally fill this void," Mr Santisuk said.

TAA planned to use the loan to cover employee salaries and maintain employment in the industry," he told the Bangkok Post.

Mr Santisuk said TAA will close this year with 9.3 million passengers, down from 22.2 million in 2019, while the average load factor is likely to stay at 75%, down from 85% last year. Total revenue last year closed at 41.6 billion baht.

"With the government yet to decline providing us a soft loan, we will keep waiting," he added.

According to the IATA, airlines are still expected to burn an average of $6.8 billion per month during the first half of 2021, before the industry turns cash positive in the fourth quarter of 2021.

In every crisis there is opportunity and the TAA insisted it has found a way to build on its business by adopting innovations that are responsive to customer demand and offer them greater convenience and speed.

These new ventures are expected to create new, sustained revenue streams for the airline.

"We have also developed new ventures, such as by transforming airasia.com into a lifestyle platform to make us more than just an airline as we offer our customers more variety," Mr Santisuk told the Bangkok Post.

TAA added Suvarnabhumi airport as a hub in September which increased its opportunity for utilising its planes for cargo.

"We predict an expansion of service, in particular international flights, which are likely to gradually resume under hygienic controls," Mr Santisuk said.

"However, we cannot depend on aviation alone," he added.

Experience has taught the airline to mine for opportunities, especially to seek out new line of businesses (LOBs) to strengthen the business, such as creating AirAsia.com and enhancing cargo capability through Teleport.

"We will no longer limit ourselves to being just an air travel provider," he said.

Tourism and aviation can be key drivers, whether through tourism or by making Thailand a medical hub serving vaccinations.

The TAA CEO said strong medical and public health standards must be maintained even after tourists start to return.

Travel bubbles were mooted between two countries where the pandemic, for a time, had been brought under control with few or no virus transmissions.

However, spikes in global cases in the second half of last year stalled the travel bubble discussions amid growing concerns by airlines that their plans to resume flights would be jeopardised.

Travel bubbles would have provided a crucial turning point for tourism and airlines and if the agreements were successful, they would have marked a gradual recovery of both sectors.

Thailand, however, has not given up on the bubbles. The government is poised to allocate long holidays next year to stimulate local tourism demand, while pledging to commence travel bubbles after April, said Tourism and Sports Minister Phiphat Ratchakitprakarn.

Mr Phiphat said negotiations on travel bubbles with other countries could resume in the summer when the warm weather is predicted to weaken the virus's spread.

Countries have learned various methods to curb the outbreak while balancing their economic priorities.

While domestic tourism will be the saving grace during the virus-hit period, the country must also attract the foreign market as it remains a vital source for tourism.

Thailand has offered visa exemptions to citizens of 56 countries this month, which can help tourists who intend to visit the country, but the mandatory 14-day quarantine remains an obstacle for most of them.

Domestic travel will provide a significant buoy for tourism for at least the first four months this year, with frequent holidays sustaining domestic trips while the international market remains unpredictable.

According to Mr Phiphat, the 1 million room nights package will carry on as part of the subsidy scheme for local travellers, while the cabinet is vetting a proposed 5-billion-baht stimulus campaign for senior travellers aged 55 and above that could help increase liquidity for tour operators.

The scheme will require eligible tourists to buy tour packages only from operators who have been mostly left without a job since the pandemic struck in March.

The minister added the ministry will work with the private sector and come up with new stimulus projects or activities to maintain the momentum of the domestic market if a budget is available.

Mr Phiphat said: "The ministry wants the private sector to think about plans for foreign tourists that could be implemented next year after the recent outbreak is brought under control," he said.

"I believe we still have a chance to see a beautiful year ahead."

A combined 22.4 billion baht was allocated for "We Travel Together", which is for individual travellers, and "Moral Support", which targets health personnel who travel via tour services with a 2,000-baht budget per head.

Under the "We Travel Together" scheme, the government initially subsidised five million rooms at 40% of the accommodation rate, capped at 3,000 baht per night for up to five nights.

The government later increased the duration to 10 nights, and it is expected to expand this to 15 nights when the extension phase is rolled out.

In tandem with the room bookings, tourists automatically receive an e-voucher for other expenditures valued at 600 baht from Friday to Sunday and 900 baht from Monday to Thursday.

In the latest development, Thai tourists who make hotel bookings under the "We Travel Together" co-payment scheme will be able to postpone or cancel reservations if they have health concerns following the new wave of local Covid-19 infections.

According to the Tourism Authority of Thailand, the country was forecast to close the year with merely 6.7 million international tourists -- the same number prior to the outbreak -- despite the government's attempts to activate entry schemes for foreigners via Special Tourist Visas (STVs).

With a second wave of outbreaks in many countries, particularly during the winter months, triggering new rounds of lockdown, Thailand may have to wait longer -- until the second half of next year -- to see more visitors file back into the country.

While the TAT previously expected the domestic market would reach 100 million trips this year, the recent spike in local cases led the agency to revise down the target to 95 million trips, a result of the partial lockdown in some provinces.

Europe less at risk of inflation and rate fears: analysts

Cross-border trade to grow up to 6%