QR code payment from consumers to businesses via PromptPay has been rising, especially for the government's co-payment scheme.

Despite decades of rapid change, 2020 somehow shifted the pace into overdrive, forcing businesses to change course overnight, workers to scramble to find a place in the new economy and leaders to carve out lucrative opportunities.

These trends of 2020 highlight not only the chaos, but the transformative nature of the year, jump-starting new courses for the novel decade.

Thailand has been moving towards becoming a society that uses less cash as consumers use digitised networks and devices, with money transfer stimulus programmes and the pandemic accelerating cashless transactions.

Registration on PromptPay, the government-initiated money transfer platform under the national e-payment scheme launched in early 2017, increased to 55.6 million at the end of September, growing 11.4% from 49.9 million at year-end 2019, according to Bank of Thailand data.

On average, transactions per day stood at 15.6 million with a total amount of 61.3 billion baht as of September, rising from 9.6 million transactions worth 47.8 billion in 2019.

The most popular transactions via PromptPay are consumer-to-consumer money transfers, followed by payments made via QR code for consumers and merchants.

QR code payment for consumer-to-business purchases via PromptPay are been increasing, especially through the government's co-payment scheme.

The co-payment scheme has proved popular with the public, leading to the rise in QR code payments.

The co-payment scheme allows registered people to shop for food, drinks and commodities at small shops and street vendors, paying via QR code on the Pao Tang app.

The government subsidises 50% of the payment, up to 150 baht per day and no more than 3,000 baht from October to December in the first phase.

Registration for the second phase closed on Dec 16 due to overwhelming demand.

The second-phase scheme is scheduled to be implemented between January and March 2021.

QR code payment via PromptPay contributed to the large transaction volume, with this payment method anticipated to continue growing because of convenience, said Mr Patchara.

The pandemic also contributed to the huge leap in digital payment as more people shop online. 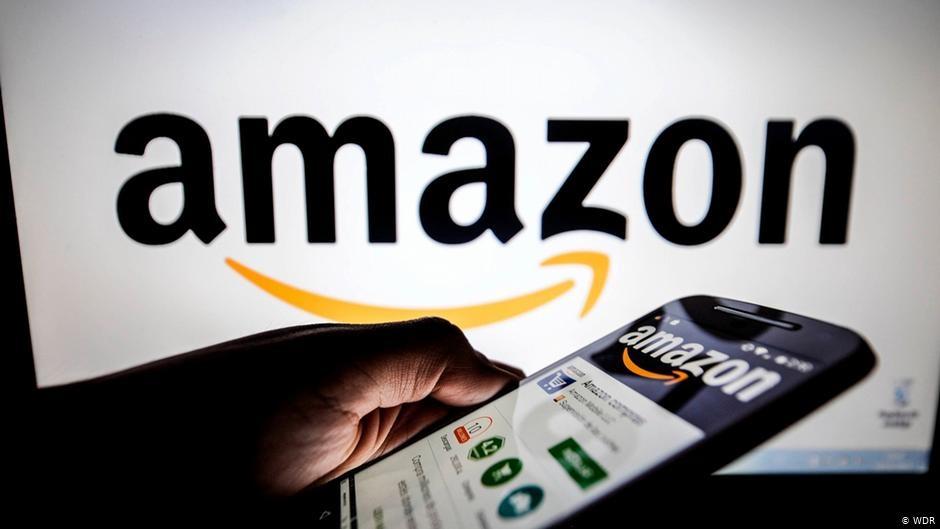 Amazon Global Selling, a cross-border e-commerce service arm of US tech giant Amazon, has stepped up efforts to draw local suppliers and brands to its platform to sell products to overseas markets.

E-commerce was one of the few sectors that reaped a windfall from the pandemic in 2020.

With a fresh outbreak in the middle of December and changes in consumer habits towards online shopping, the segment is expected to gather steam throughout 2021.

The pandemic is pushing new merchants and shoppers to engage more in e-commerce. People of all ages have flooded onto e-commerce platforms.

More small and medium-size enterprises (SMEs) as well as large brands are taking seeking online opportunities during this difficult time.

Major e-marketplaces are ramping up efforts to invest in their sites to attract sales traffic and customers through promotion campaigns.

The vertical e-commerce model, where vendors sell their goods and services specific to an industry, is expected to flourish. Players in this field include Pomelo, an omnichannel fashion brand; nocnoc.com, a construction material website; and konvy.com, a cosmetics website.

Immersive content for the new online shopping experience is expected to increase while livestreaming for product sales is predicted to rise on e-marketplaces and social media platforms, such as Instagram, Facebook and TikTok.

Livestreaming is anticipated to raise real-time purchases and engagement with buyers.

Cross-border e-commerce is also expected to gain ground as many foreign products, particularly from China, flowing into Thailand via major e-marketplaces.

Chinese e-commerce giant Alibaba and Amazon Global Selling, the cross-border e-commerce service arm of the US tech titan, are stepping up efforts to draw local suppliers and brands to their platforms, selling their products to overseas markets.

Expansion of the 5G network is planned by major mobile operators in 2021 as a method to gain a foothold in the market, even amid an economic slowdown and new wave of the pandemic.

The National Broadcasting and Telecommunications Commission (NBTC) still projects to auction off the 3500-megahertz range in 2021. It is the most popular band globally for 5G adoption.

Thailand is a first mover for 5G commercial adoption in Asean, with network roll-out beginning in the second quarter of 2020. A 5G spectrum licence auction was held on Feb 16, 2020, shortly before the first wave of the pandemic hit Thailand.

During the peak of the pandemic's first wave, 5G technology was utilised through customised robots for patient care and other healthcare solutions, helping hospitals treating Covid-19 patients.

For consumers, more than 20 smartphone models with 5G capability have been launched in the market.

Some industry pundits predict the mass adoption of 5G technology in the country could take place in 2021, one year ahead of previous predictions, thanks to the roll-out of 5G service on the 2600MHz range.

Despite lacking 2600MHz range for 5G service, DTAC aims to use 26-gigahertz spectrum range secured from February's auction for selected locations in the EEC.

DTAC is also upgrading its existing network through a combination of high-speed massive MIMO technology and 3,400 additional 4G-TDD sites on the 2300MHz network under a partnership with state telecom enterprise TOT. The partnership deal ends in 2025.

Some analysts feel DTAC is in dire need of 3500MHz spectrum, particularly for 5G service, while TUC and AIS have enough bandwidth on the 2600MHz range for 5G service.

The NBTC is expected to complete the 3500MHz auction draft plan by June. The range is now partly occupied by satellite service provider Thaicom, whose spectrum usage concession is due to end in September 2021. 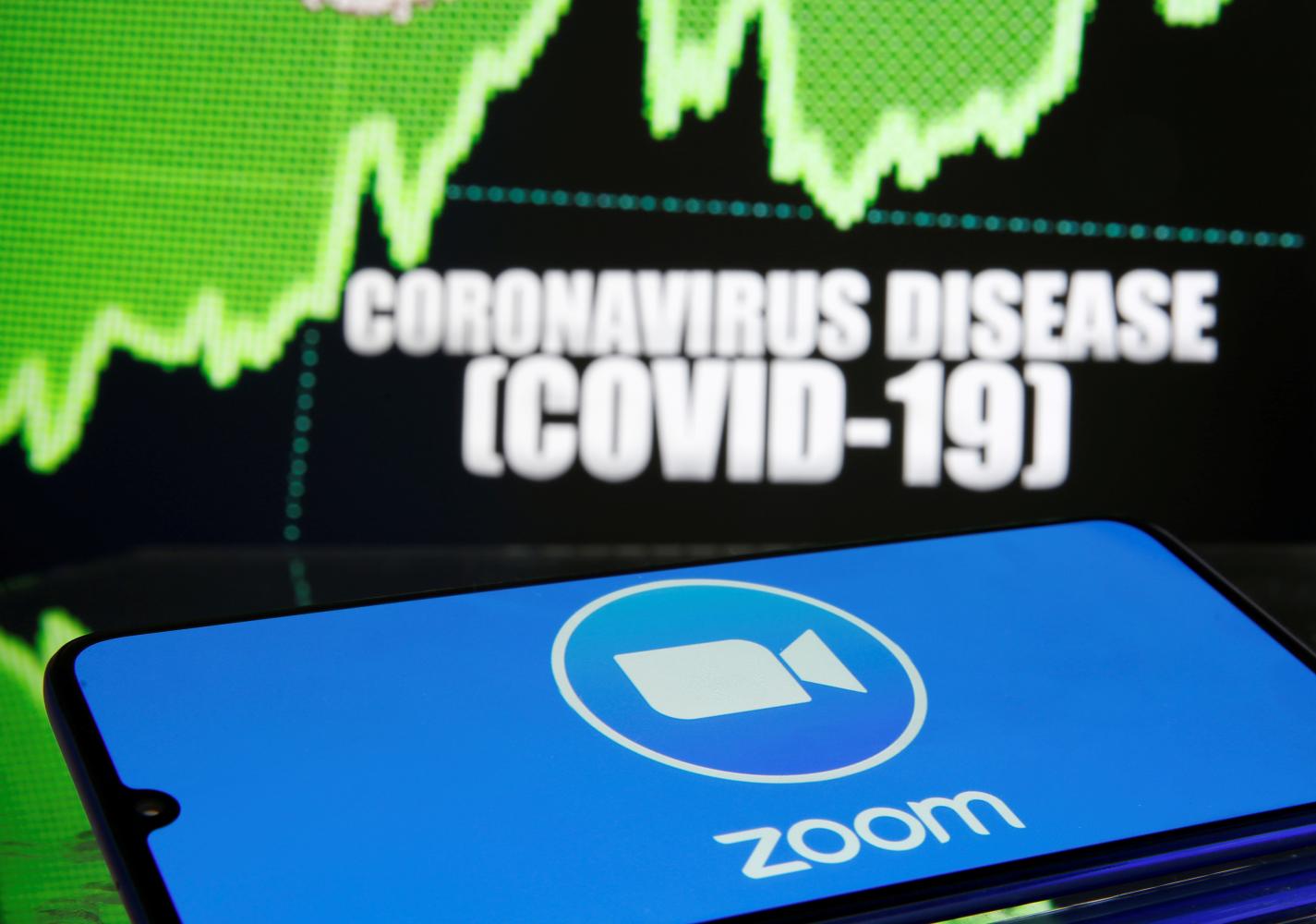 The Zoom logo is seen in front of a Covid-19 illustration. In 2020, many companies offered work-from-home policies.

While 2020 was considered the year of "working from home", for many people it was the year of staying home and not working.

A study by the US Bureau of Labor Statistics found only 29% of jobs in the US could be completed from home, while in Thailand (a far less digitised and service-based economy) the percentage was likely far lower.

Even among office workers in Bangkok, most companies were not ready to send their workers home as basic operations such as invoicing were not yet able to be done online.

Some firms made their staff come in to the office as there was no legal mandate preventing them from doing so.

Larger firms such as Unilever Thailand and True Digital were able to allow near 100% of employees to work from home early on in the pandemic, but many smaller and less digitally savvy firms required workers to come in and risk contracting the virus.

While Unilever did not send its factory workers home, it was able to shift all front-line sales personnel to online channels to limit viral exposure and improve the fast-moving consumer goods firm's e-commerce presence.

Thai startups such as Eko were able to capitalise on the rise of work from home with its "work anywhere" employee communication application.

The company saw 200% year-on-year sales growth in the first half of 2020 as companies looked for solutions to connect employees from home.

Workers in general like the shift to working from home. A study of industry professionals by Robert Walters Thailand found 75% of workers want more work-from-home opportunities, and only 25% wanted to return to full-time work at the office.

There is still much debate as to whether the work-from-home trend will continue for jobs that allow it, but Bangkok government sees the concept as a way to cut down on PM2.5 air pollution.

In December police in the city urged businesses to allow employees to work from home once a week to cut down on transport pollution, a policy that may regain popularity with the recent spike in Covid-19 infections. 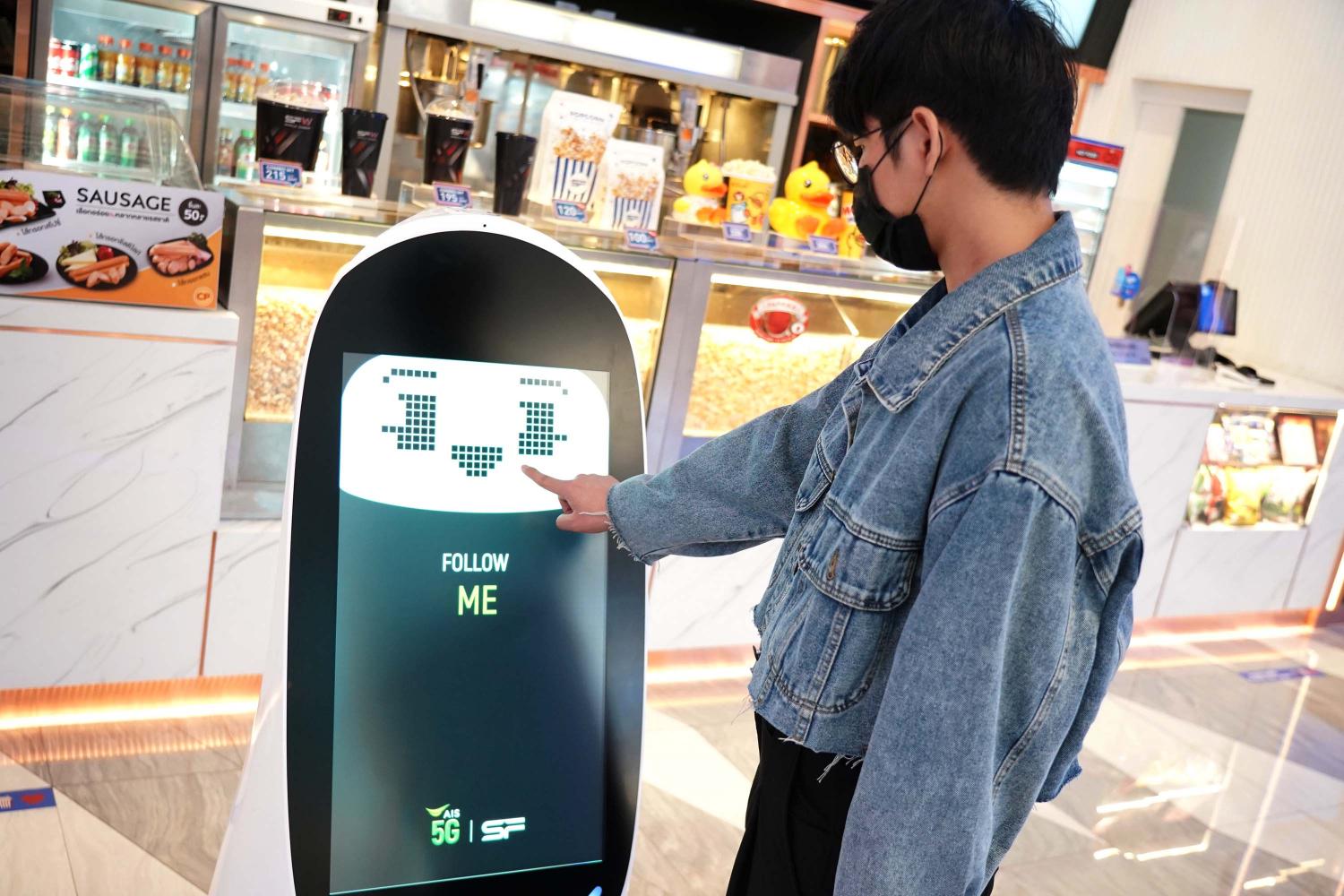 A customer engages with a robot in front of a snack counter. The pandemic sped up the adoption of robot technologies.

The pandemic made countries around the world rethink their supply chains and reliance on foreign goods, especially from China, where the virus originated.

China responded to the outbreak by shutting down factories, some of which other countries relied on for medical equipment needed to fight the virus.

Thailand did not suffer significant shortages during the lockdown and curfew, which made it marginally more difficult for factories to operate because of new health and safety regulations and having to shut down early to allow employees to return home before the curfew.

However, Thailand is heavily dependent on imported pharmaceuticals, which could be a major problem moving forward into 2021.

While the country has a deal to produce 13 million vaccine doses next year with British drug firm AstraZeneca, about 56 million more are needed to vaccinate the entire population of 69 million.

It may take a few years before there are enough vaccines to inoculate the entire population, complicating the eventual reopening of the county's tourism sector.

The external threat of the pandemic also saw the government and businesses put more thought into environmental initiatives, as unfettered wildlife trade in China is thought to have contributed to the outbreak.

Policymakers want to limit disastrous environmental decisions before they snowball into economic damage.

The Thai government started 2020 by partnering with businesses to stop the use of plastic bags at major retailers, however this ended up being offset by a large spike in plastic packaging waste from the rise of e-commerce and food delivery.

However, emerging businesses such as SCG Packaging Plc seek to address this problem with a line of biodegradable packaging.

The firm had the second largest initial public offering of the year, raising nearly 40 billion baht on the Stock Exchange of Thailand.

While fossil fuel and petrol use fell during the lockdown, some environmentalists worry about "revenge emissions", as happened after the 2008 financial crisis when countries such as China produced more emissions to "catch up" on lost development time.