Delta Electronics Thailand (DELTA) shares sank 13.41% yesterday after the first day of the cash balance rule applied to the company's stocks, pulling the SET Index down by 14.29 points or 0.95% to close at 1,492.36 points. 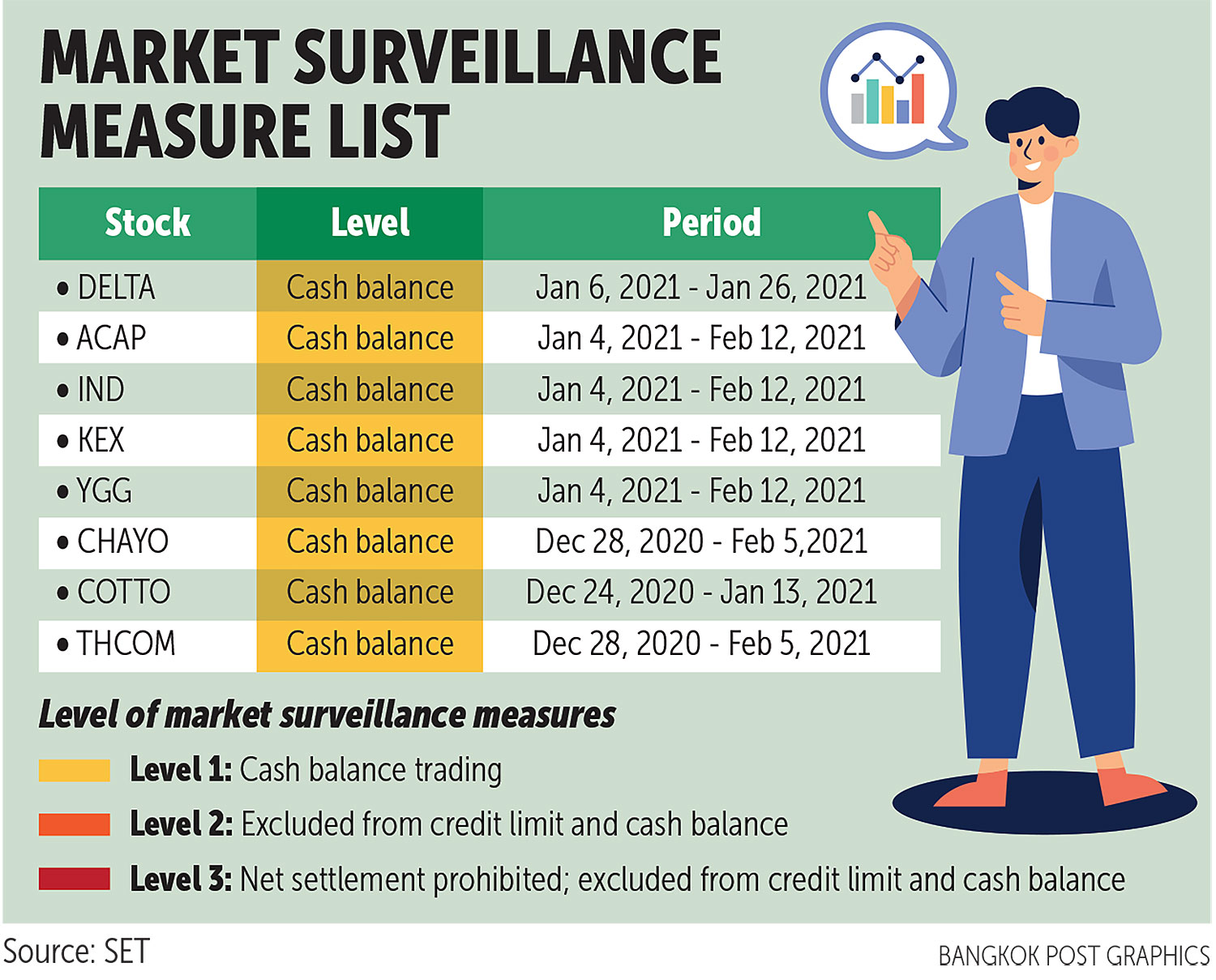 On Tuesday, DELTA shares price soared during the pre-market closed session, driving the Stock Exchange of Thailand (SET) to put Delta on a trading alert list and in effect 3-week cash balance after the market closed.

The regulation is designed by the SET to rein in potentially speculative stocks based on turnover ratios and the difference between current market prices and stock fundamentals.

Cash balance is the first of three market surveillance measures which requires investors to pay the full amount in cash prior to trading.

The next two steps are exclusion from using security as collateral in the calculation of investors' credit line in all types of accounts and prohibition from a net settlement.

Paradorn Tiaranapramot, an analyst at Asia Plus Securities, said the SET Index yesterday declined by 0.95% as the price plunge pulled the SET Index down by 10 points.

Without the impact from Delta, the SET Index should have closed higher.

"When cash balance has been applied, the price will normally drop because investors must pay the full amount in cash and cannot use a margin loan for trading," he said.

He noted that the Thai bourse has also been unusually active since Christmas to the present as average trading volume during the year-end period is usually low because most investors will normally unwind their position for the long holiday.

During Dec 23-Jan 5, nine stocks have been put under market surveillance measures with two on a trading alert list, and seven on a 6-week cash balance list announced every Friday.

Mr Paradorn recommends investors should be careful when investing in stocks with drastic price moves.

"Investors should always observe selling price, trading volume, the company's profits as well as target prices or the analysts' consensus before participating in trade," he said.

He said price-earnings (PE) ratio is also a key factor to watch. If the PE is negative or abnormally high, the company is at a great risk of being put under market surveillance controls.

The stock's portion of free-float shares is another factor as less free-float means there are fewer shares circulated among retail investors.

"A high price and low supply will be reflected in irregular moves," he said.