SMART CITY: THE WORLD OF OUR MAKING
Business

SMART CITY: THE WORLD OF OUR MAKING

The COVID-19 pandemic has provided a timely demonstration of the extent to which digital technology could become fully entrenched in a city, as a means to support public health precautions and maintain effective infection control.

Sensor connectivity and the Internet of Things (IoT) have been used to facilitate the screening for and tracking of infections while also enabling the delivery of contactless services in the new normal of people’s daily lives.

Thailand has successfully implemented a smart tracking system called “Thai Chana”, which allows residents to check in and out when visiting public spaces. By tracking people’s visits to public places, the system is able to recommend a test and/or quarantine via a notification to users who visited that specific place, at the same time as a person who was later found to be infected.

As the latest ICT technologies and next-generation data platforms become realities, Thailand and its fellow ASEAN members remain committed to enhancing the use of technology to improve the quality of city services and address the challenges of environmental and healthcare threats.

The Smart City concept is a core pillar of the Thailand 4.0 policy that the country is pursuing, as part of its 20-year national development plan. The country aims to boost the digital capacity of its city management ecosystem, while preserving Thailand’s unique social fabric, as well as enhancing the quality of life for urban residents. Moreover, the plan looks to further encourage locals in the participation of the future development of their city.

The National Charter of Thailand (NCT)1, the organisation tasked with the sustainable development of the nation’s cities, has developed a blueprint for creating “smart blocks”, experimental zones of 0.25 square kilometres, in communities where a physical infrastructure will be set up in an attempt to win public approval and make way for the introduction of digital technology. These experimental zones will see all-in-one “smart poles” and complete streets placing priority on pedestrians, followed by cyclists, public transport users, and finally private car users. Personal vehicles will not be banned, but they rank fourth in order of importance.

From an environmental and aesthetic perspective, more trees will be planted and electric wires placed underground. The NCT expects efforts to be focused on creating economic hubs and developing run-down areas into smart blocks.

Turning the Future into Reality

Driven primarily by consumer-related needs, the IoT market in Thailand is forecast to reach a value of US $2.19 billion by 2030. From a baseline of US $120 million in 2018, this represents a CAGR of more than 27 percent. This rapid growth, the highest among all Smart Electronics segments, makes the IoT market an area of huge opportunity. A recent Asia IoT Business Platform survey ranked Thailand as highest among all ten ASEAN countries for corporate IoT implementation.

One of the key features of the Smart City vision is improving connectivity among devices, places, and transportation infrastructure. To enable such communication to take place, reliable baseline technology like sensors, cloud computing, and Wi-Fi are required. Thailand’s potential for IoT is reflected through the country’s competency in its electronics and robotics sectors. In the past recent years, the unit price of sensors has fallen significantly from $10 to $2, providing a convincing argument for companies and the government to adopt IoT services into their business activities2.

At the same time, internet penetration is relatively high in Thailand compared to its neighbours. As of 2019, more than 75% of the Thai population had access to the internet, according to the National Broadcasting and Telecommunication Commission (NBTC). This high percentage is partly due to the government’s mega projects under its Thailand’s 4.0 initiative to develop digital citizens. The country has invested in building a nationwide digital infrastructure through a village internet project called “Net Pracharat,” which has made high-speed internet available for 75,000 villages across Thailand.

Beyond home broadband connectivity, 5G development in Thailand has also progressed relatively quickly. The country concluded bidding on its 5G license auction in February this year. The NBTC auctioned off 700-megahertz, 2600MHz and 26-gigahertz, raising more than 100 billion Baht. AIS, a top spending phone operator in the bidding, launched its first 5G trial in early March, allowing users in inner Bangkok to experience the very latest in wireless connectivity.

Thailand’s achievements in its digital infrastructure opens up the potential for innovation and development, as 5G provides 100 times faster connections than 4G and will enable users to download data more quickly, robots to work faster, and cars to drive themselves.

To facilitate Thailand’s transition into a smarter society, the government has established the nation’s first IoT Institute under the supervision of the Digital Economy Promotion Agency (DEPA). Located in Digital Park Thailand within the Eastern Economic Corridor (EEC), the institute is tasked with providing the necessary infrastructure, digital ecosystem, and business matching service to bring large tech companies and startups together. Covering more than 60,000 sqm, the state-of-art facility will include 5G lab, cloud innovation lab, AI design lab, and data analytics centre.

Through tax and non-tax incentives, the BOI and government agencies are helping the private sector to play an active role in shaping the future of smart cities in Thailand.

Government agencies are actively stimulating investment in smart city projects through pilot city policy-making mechanisms, infrastructure-incubated ecosystems, Smart City applications and the development of personnel and human resources. Tax incentives are also being offered through the BOI for investors in smart city projects. Other benefits include exemption of tax on imported machinery and corporate income tax benefits.

In order for a project to be eligible for the BOI incentives, it must include a plan for the development process as well as digital technology infrastructure, in allignment with Smart City system services and environmental regulations. A participation meeting for the project must be organised to receive the Smart City Steering Committee’s approval to receive the incentives.

Beyond the tax incentives, the BOI also provides land ownership rights, and foreign workers can also enjoy fast-track entry to the country through the BOI’s smart visa scheme, which grants a maximum 4-year permission to stay with exemption from the work permit requirement and entitlement to additional privileges. 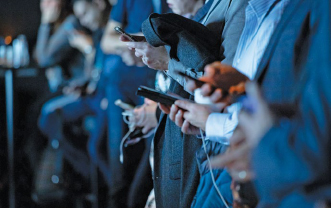