From condoms to bras, rubber sandals and face masks, you can buy almost anything from vending machines in Thailand today.

The retail sector is increasingly embracing vending machines as a new distribution channel following the pandemic and social distancing measures.

According to Duangdao Mahanavanont, head of alternative channels, sales and corporate marketing at Sabina, the manufacturer of Sabina lingerie, vending machines have been available in Thailand for several decades, but their popularity peaked during the outbreak because it is a contactless distribution channel, offering safety for both sellers and buyers.

Sabina started selling lingerie and face masks via its own brand of grab-and-go vending machines in Bangkok and surrounding areas in May last year.

"The outbreak prompted us to explore a new business opportunity from vending machines earlier than planned," she said.

"Between 30-40 face masks and lingerie products are sold through the vending machines per day. The consumer response has been quite good given that it is a new approach." 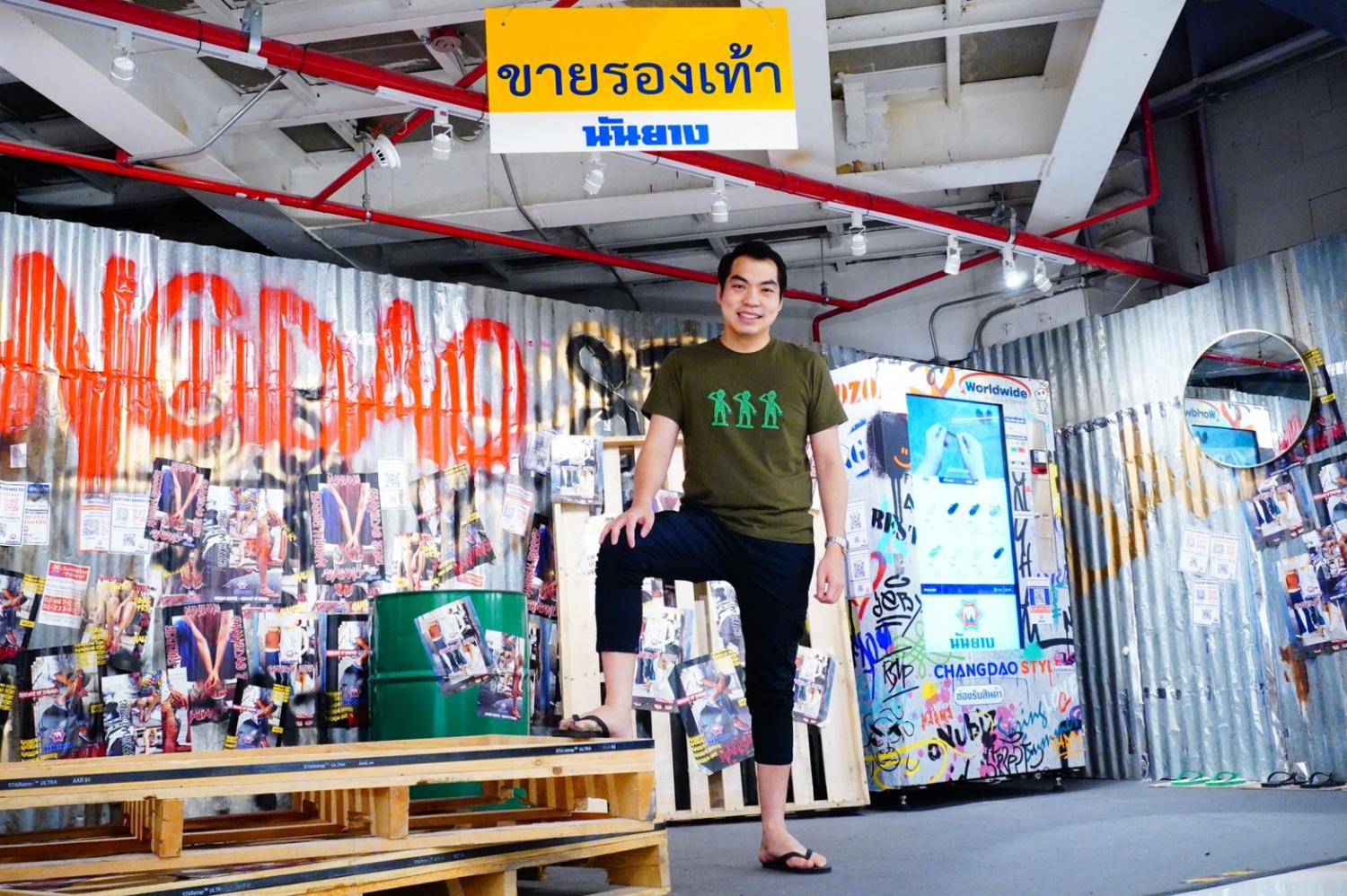 Mr Chakrapol was surprised the company's ChangDao flip-flops sold so well from a vending machine, giving him an idea of how to use the machines as a communication tool.

The new scheme will be available in Bangkok first, before being rolled out to provincial areas, she said.

"People are concerned more about their health and safety. Vending machines are an important channel to reach customers," said Ms Duangdao.

She believes vending machines are a growing trend.

While they are a small distribution channel at present, they could become ubiquitous in the future, as in Japan.

Pitsanu Chokwatana, senior vice-president of production and information technology at Sun 108, the producer of Sun108 vending machines under Saha Group, said the pandemic is not the lone driver for vending machines.

He said another key factor is the development of new vending machine models that allow product buyers to pay electronically.

He said digital payment uptake can delete pain points in the payment system, drawing more players to the business.

Mr Pitsanu said Sun 108 operated 14,000 vending machines in 2020, up by 2,888 units from the previous year. Of the total, 80% are located at industrial factories, with the remainder installed at hospitals, schools, residential areas and retail complexes. 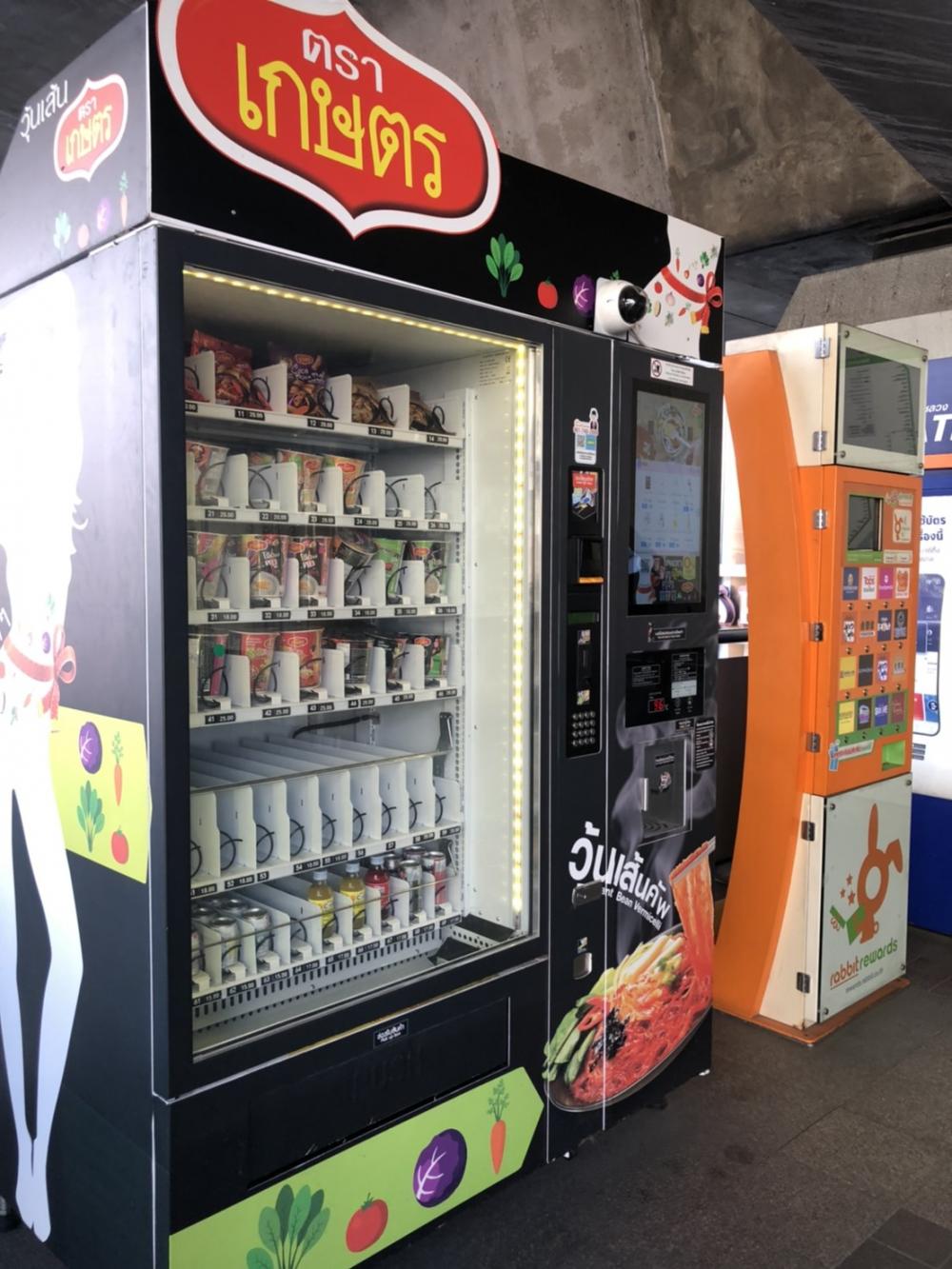 A vending machine for instant noodles and beverages.

Two Sun108 vending machine models are available in the market: a normal type for cans and a smart model that offers via e-payment.

Thailand's vending machine business is estimated to be worth 3 billion baht a year.

"We believe the popularity of vending machines will rise because of low investment costs," he said.

"Our vending machines already cover 26 provinces and are expected to reach 50 provinces or more in the next two years."

"People are familiar with buying products at vending machines, and are using them more because of the pandemic, social distancing and the new normal lifestyle," said Mr Pitsanu. 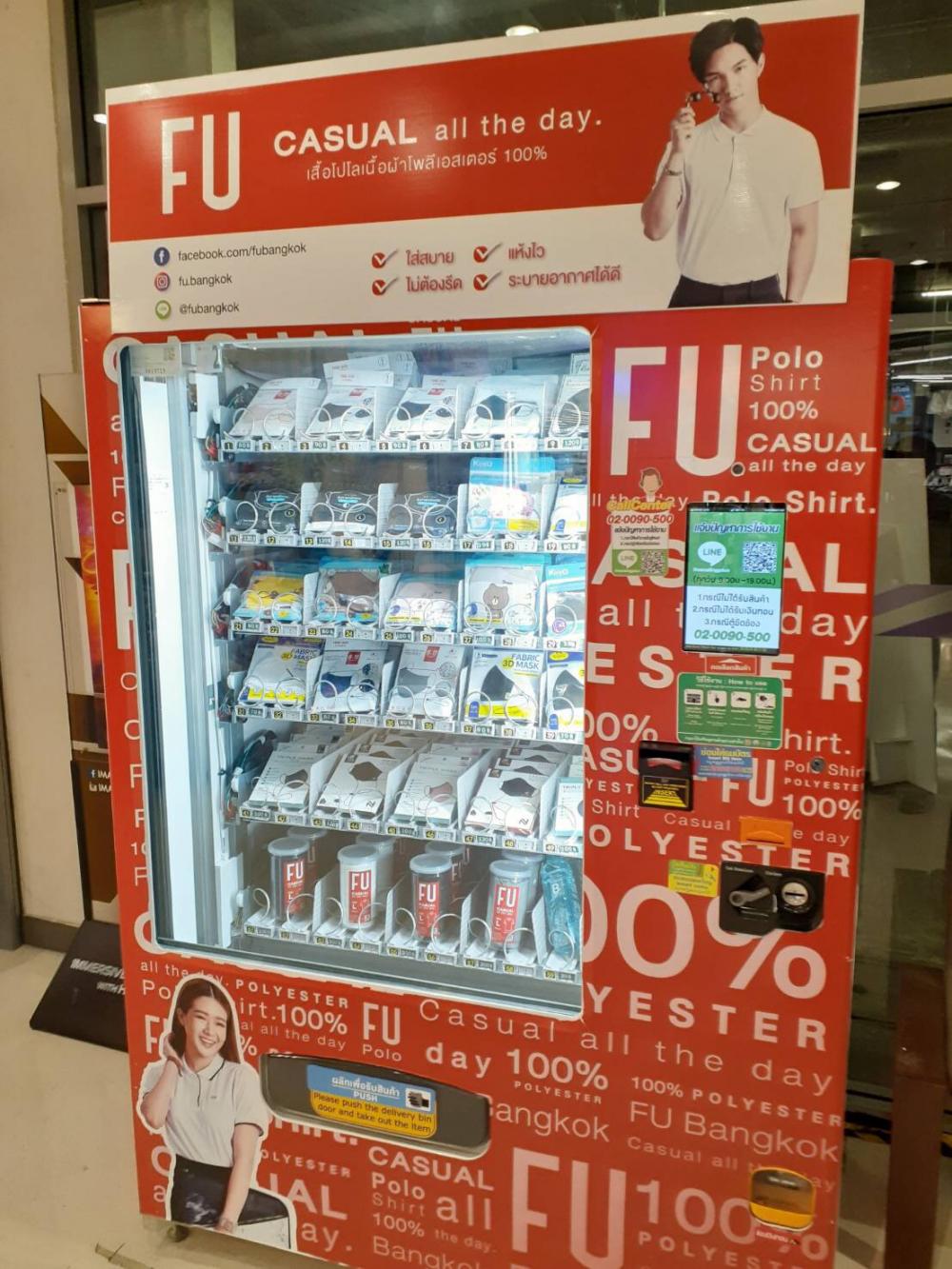 A vending machine for FU brand polo shirts in Bangkok.

To capitalise on the growing trend, the company plans to instal 3,000 new vending machines this year, with the number of smart vending machines increasing to 4,000 units by year-end, up from 400 last year.

"Vending machines were first made available in Thailand at Daimaru Department Store on Ratchadamri Road over 40 years ago, and we've seen the trend grow every year," he said.

Chakrapol Chandavimol, general manager of Nanyang Marketing, the marketer and distributor of Nanyang rubber flip-flops under the ChangDao brand, said vending machines may not be the perfect answer for all sales purposes, but the company sees value in them.

He said vending machines act like a communication tool that brings the brand closer to customers.

"I never imagined 100 pairs of our sandals could sell per week in a vending machine, as sandals are not essential products like food or beverage," Mr Chakrapol said.

He said vending machines are an extra channel to sell their sandals that are mainly purchased through traditional stores.

Using technology and creative marketing, Nanyang's interactive vending machine can stimulate customers to buy and participate in marketing activities via this channel in the future, he said.

If the increasing sales momentum continues, the company may consider selling student shoes via this channel as well.

A vending machine could also be designated as a pickup point for the company's products sold online, he said.

Wirach Morakotkarn, chief executive at Vending Plus, a subsidiary of Sabuy Technology, said the company expanded into the market in 2018 upon seeing a huge market opportunity.

There are 6,000 Vending Plus machines available at retail complexes, factories and communities in 21 provinces.

The company expects the number of Vending Plus machines to double to 12,000 by the end of this year.

"Vending machines have become a new modern retail channel for products. It will be the new retail solution for the new normal lifestyle," Mr Wirach said. 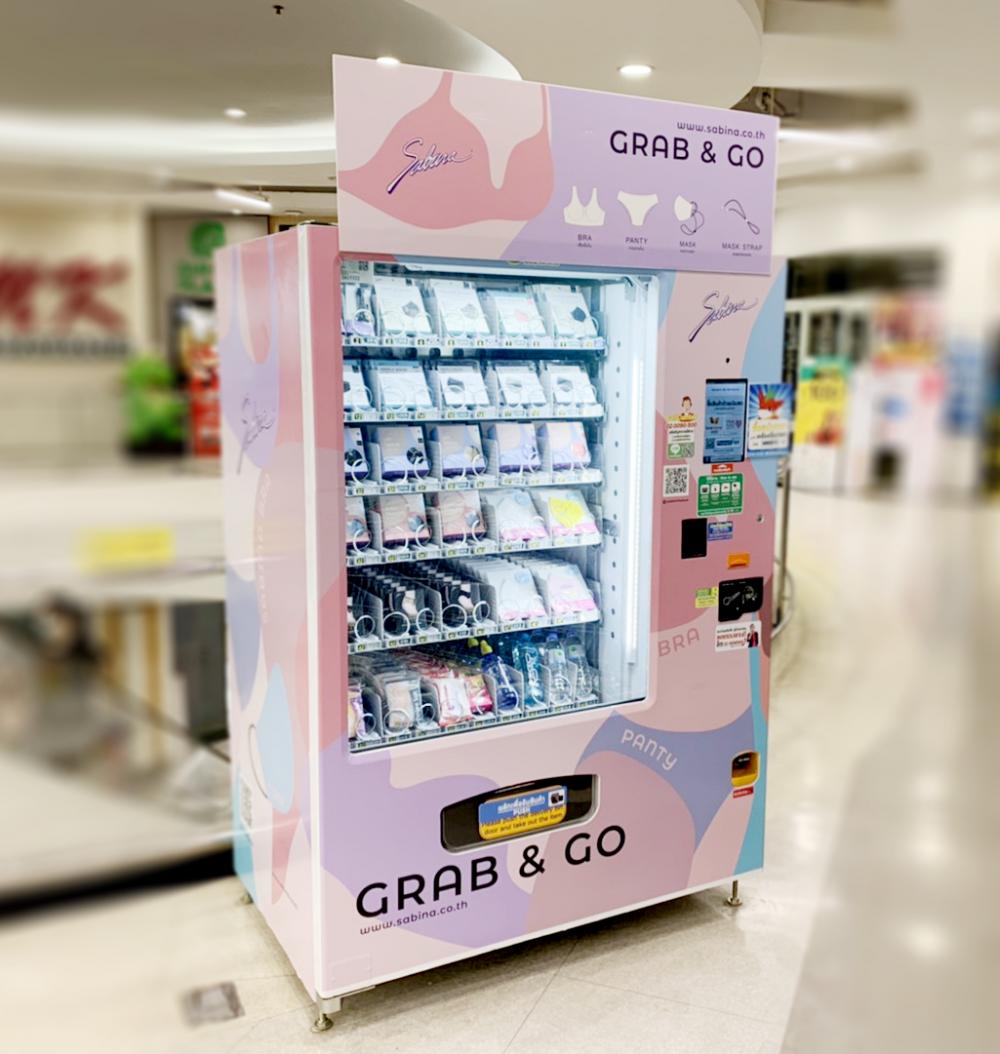 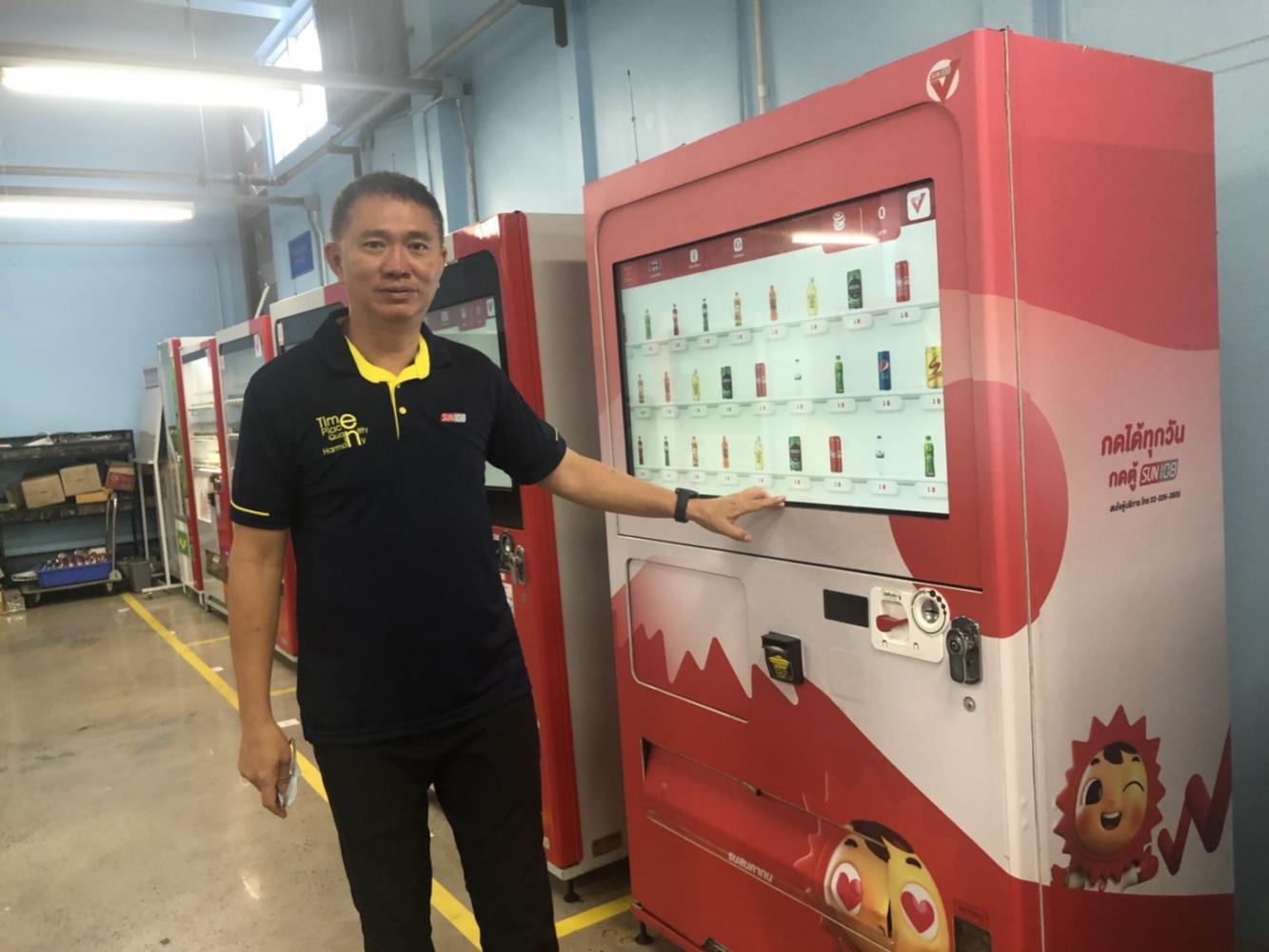 Mr Pitsanu, seen here with a Sun108 smart vending machine, says the increasing use of alternative payment channels has ramped up vending machine use. 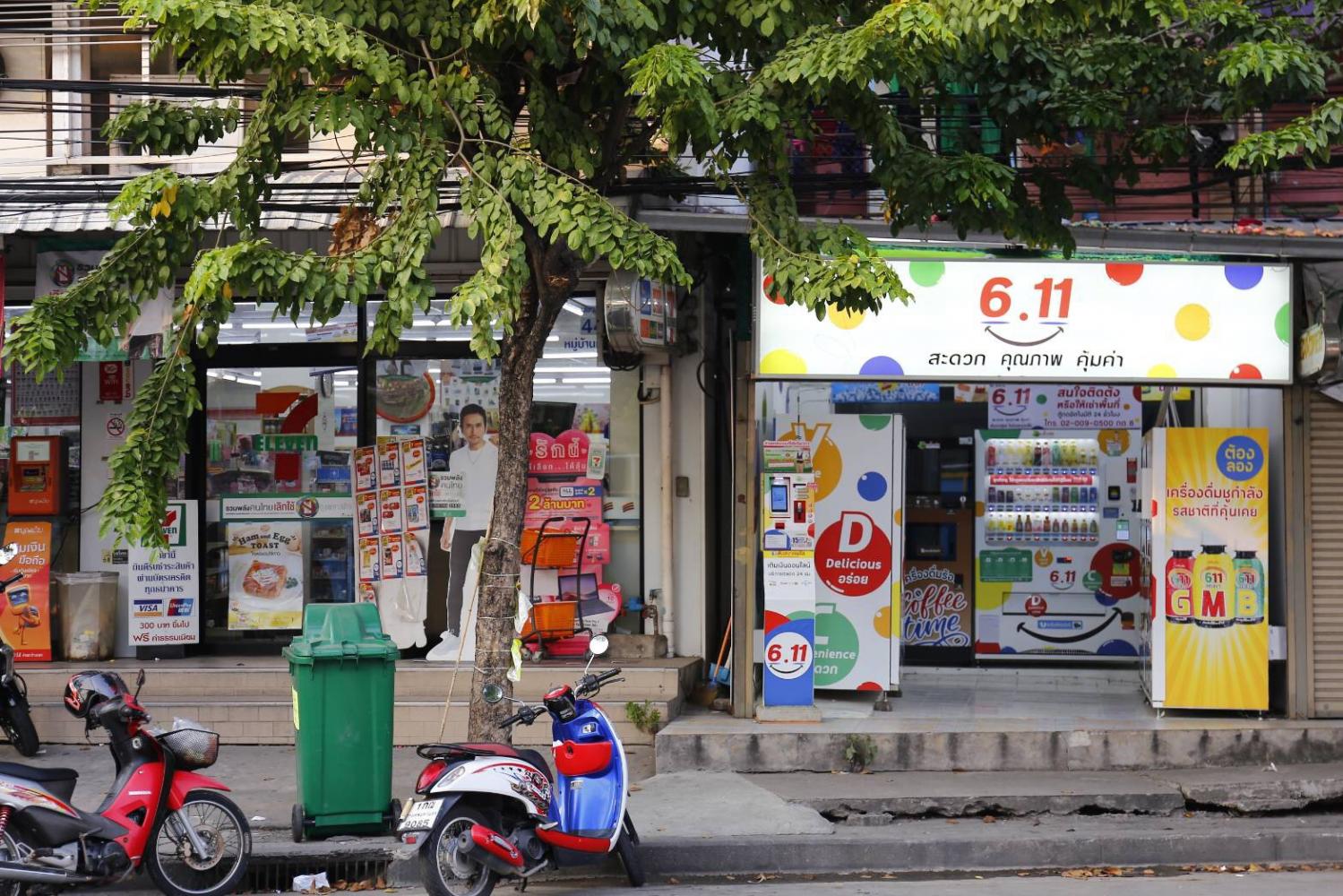 The 6-11 corner from Vending Plus gathers many vending machines in the same place, selling beverages, coffee, snacks, an ATM machine and a top-up vending machine.