Thailand sold itself as a paradise Covid retreat. No one came
Business

Thailand sold itself as a paradise Covid retreat. No one came

It’s hard to imagine a more luxurious place to spend two weeks of quarantine than the Anantara Phuket Suites & Villas, where visitors are pampered in private residences that can have their own pool and courtyard.

Yet more than three months after the resort and more than a hundred like it reopened to extended-stay travellers in an attempt to revive Thailand’s battered economy, foreign arrivals have failed to meet even rock-bottom expectations. Just 346 overseas visitors have entered the country on average each month on special visas since October, according to the Thailand Longstay Company, which helps facilitate the programme. That’s well below the government’s target of about 1,200 and a tiny fraction of the more than 3 million who came before the pandemic.

The tepid response to the country’s highly publicised reopening illustrates the difficulties facing tourist-dependent countries as they try to shore up economic growth while also protecting citizens from Covid-19 before vaccines become widely available.

The government had hoped to lure retirees escaping the European winter and others who could stay for an extended period. They would have to go through quarantine, but that could be done in the comfort of high-end resorts in a country that had been relatively unscathed by the pandemic. After two weeks, Thailand would be theirs to roam for as long as nine months.

The lack of interest is adding pressure on policy makers, who have struggled to accommodate both industry players calling for relaxed quarantine rules and public-health experts warning against putting people in danger. All the while, as the beaches stay empty, many tourism-related companies are going out of business. To make matters worse, virus cases have jumped in the country.

“It’s really challenging to balance the demands of the tourism industry and locals,” said Bhummikitti Ruktaengam, president of the Phuket Tourist Association. “I understand how hard it is to be stuck in a room for 14 days. I’ve done it. But the safety of the people gets priority because tourists come and go but locals live here.”

In 2019, the kingdom received more than 1.8 trillion baht in tourism revenue from about 40 million visitors. The industry contributed about a fifth of gross domestic product before the pandemic, compared to about 10% globally.

But six months without any foreign arrivals followed by months with just a trickle has battered the sector. At least 931 registered tourism-related companies closed last year, according to a Bloomberg News analysis of data from the Commerce Ministry’s Department of Business Development. The real number is probably much higher as many tourism businesses aren’t registered in any database.

On famed southern resort islands, the situation is particularly bad. Take Phuket, which got about 90% of its tourism income from foreign visitors before the pandemic. At Patong, its main tourist town, a once busy street of bars and nightclubs lies empty. Bangla Road is lined with shuttered businesses, with chairs stacked on tables and chains barring access. Dust gathers on the barstools and countertops. The few places that are open have barely any customers.

Soi Bangla in Phuket’s Patong area is disinfected to stem the spread of Covid-19 in March 2020. (Bangkok Post file photo)

“When there are no foreigners, the area is just empty,” said Rungarun Loiluen, who works at The Kitchen, a restaurant and bar at the end of Bangla Road. She’s one of eight employees who kept their jobs from about 30 before the pandemic, albeit with fewer working hours. “There’s barely anyone walking down the road.”

On the next block over, Hotel Clover Patong Phuket has slashed its prices by as much as 75% to attract domestic travellers instead of its usual clientele of American, Russian and Chinese tourists. Still, it ran at about 10% occupancy in December, a period that used to be overbooked, according to Jessada Srivichian, the hotel’s country financial manager.

Despite the government’s efforts to help tourism businesses, such as subsidising the cost of hotel rooms, meals and airfares, domestic tourists who usually travel just on weekends can’t fill the gap left by foreign visitors. Even though only about half the country’s hotels have reopened, the average occupancy rate is only about 34%, Yuthasak Supasorn, governor of the Tourism Authority of Thailand, said in an interview in December.

“I’ve been in Phuket for 20 years and have never seen it this quiet,” Hotel Clover’s Jessada said. “We need international visitors. We’re not thinking of making a profit but instead focusing on minimising losses, because as long as there’s a quarantine requirement, people won’t come.”

The government should consider waiving the two-week isolation requirement for visitors from regions of countries with no local infections for more than 60 days, Vichit Prakobgosol, president of the Association of Thai Travel Agents, said in late September. He was hoping to have the rule relaxed for visitors from some parts of China, Thailand’s biggest source of tourism income. But no such deal was concluded.

“It seems impractical to double the duration of a trip to satisfy the local quarantine requirements,” said Ron Cooper, an American photographer and business consultant who travelled abroad for leisure several times a year before the pandemic. “Add to that the cost of staying in a hotel for two unproductive weeks -- not a very attractive proposition.”

Thailand’s approach contrasts with other tourism destinations that have been less cautious. The Maldives reopened to overseas tourists in July without requiring a quarantine, although a negative Covid-19 test is needed. The archipelago has seen more than 172,000 arrivals since then, according to Maldives Immigration data. While new infections increased in the aftermath, they’ve since declined.

“It was bold, daring to open up the Maldives with all the risks attached to it,” said Dirk De Cuyper, chief executive officer of S Hotels & Resorts Plc, whose December occupancy rate at Maldives properties was 70%. And that might be bad news for Thailand, he said. “Many travellers won’t buy into quarantine, particularly when other countries are opening up and they have no quarantine rules.”

But most Thais opposed the reopening plan and are unlikely to want relaxed quarantine rules, partly because local residents live close to the resorts, unlike in the Maldives where properties are often isolated on their own islands.

“If I had to choose between health and income, I’d choose health,” said Wiparad Noiphao, a fruit and vegetable vendor at Banzaan fresh market in Patong. “We have to prioritise safety.” 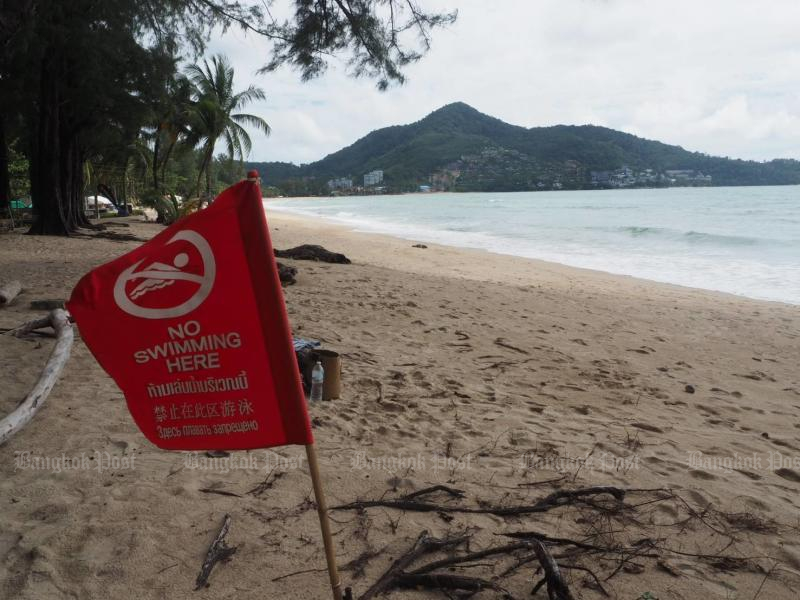 As a compromise, the government’s Covid-19 task force discussed shortening the quarantine period to 10 days. But that has yet to be implemented because of concerns about new infections. The government has also approved six golf resorts as quarantine centres.

“Any modification to the original plan would mean higher risks,” said Thira Woratanarat, an associate professor at Chulalongkorn University’s Faculty of Medicine. “There are many examples of free international travel that led to a resurgence,” he said, giving the example of Europe. “We should wait until the global virus situation has improved.”

A resurgence of the virus has also weakened the case for easing quarantine rules. Thailand has seen Covid-19 infections more than double to more than 12,000 in less than a month. An outbreak that began in seafood markets and migrant communities has spread throughout the country. The government curbed travel in some high-risk regions but has so far refrained from imposing a broad lockdown. It has also extended its travel-subsidy program.

Ultimately, the country won’t fully reopen until vaccines are widely available, government officials have said. The government plans to offer the shot developed by Sinovac Biotech Ltd to frontline health workers and those with underlying conditions before the end of February. From May, it will give one by AstraZeneca Plc and the University of Oxford, aiming to inoculate at least 33 million people, about half the nation’s population, by the end of 2021.

Questions remain about how international tourism will function as more people become vaccinated worldwide. Vaccine passports are seen as a way to get people travelling again, but whether and how they will be implemented is still unclear. It’s not even known whether vaccinated people can transmit the virus.

Taking all this into account, the Bank of Thailand estimates that even in 2022, overseas visitors will still fall well short of the 40 million in 2019. It projects that 5.5 million people will visit this year and 23 million in 2022.

The economy is estimated to have contracted 6% in 2020, the biggest decline since the Asian financial crisis. It’s projected to expand 3.5%-4.5% in 2021, according to the National Economic and Social Development Council.

Despite the hit to the economy, the Phuket Tourist Association’s Bhummikitti says Thailand’s cautious reopening plan was the correct option, and the embattled tourism industry has little choice but to wait for vaccines to take hold.

“We can’t close our borders forever, and we can’t let people in without strict measures in place,” he said. “So this controlled, gradual reopening is the best approach.”