A variety of savoury dishes, including pizza, kaprao and khao yum and drinks, which were made using cannabis as an ingredient are shown here. The dishes were displayed at an event to develop cannabis-mixed recipes. Only parts of the plants grown for medical research in legally permissible locations are used.  (Photos: Pornprom Satrabhaya)

Parties interested in producing, selling or owning cannabis and hemp will be able to register to do so from Jan 29 when certain parts of the plant are due to be removed from the Type 5 narcotics list. 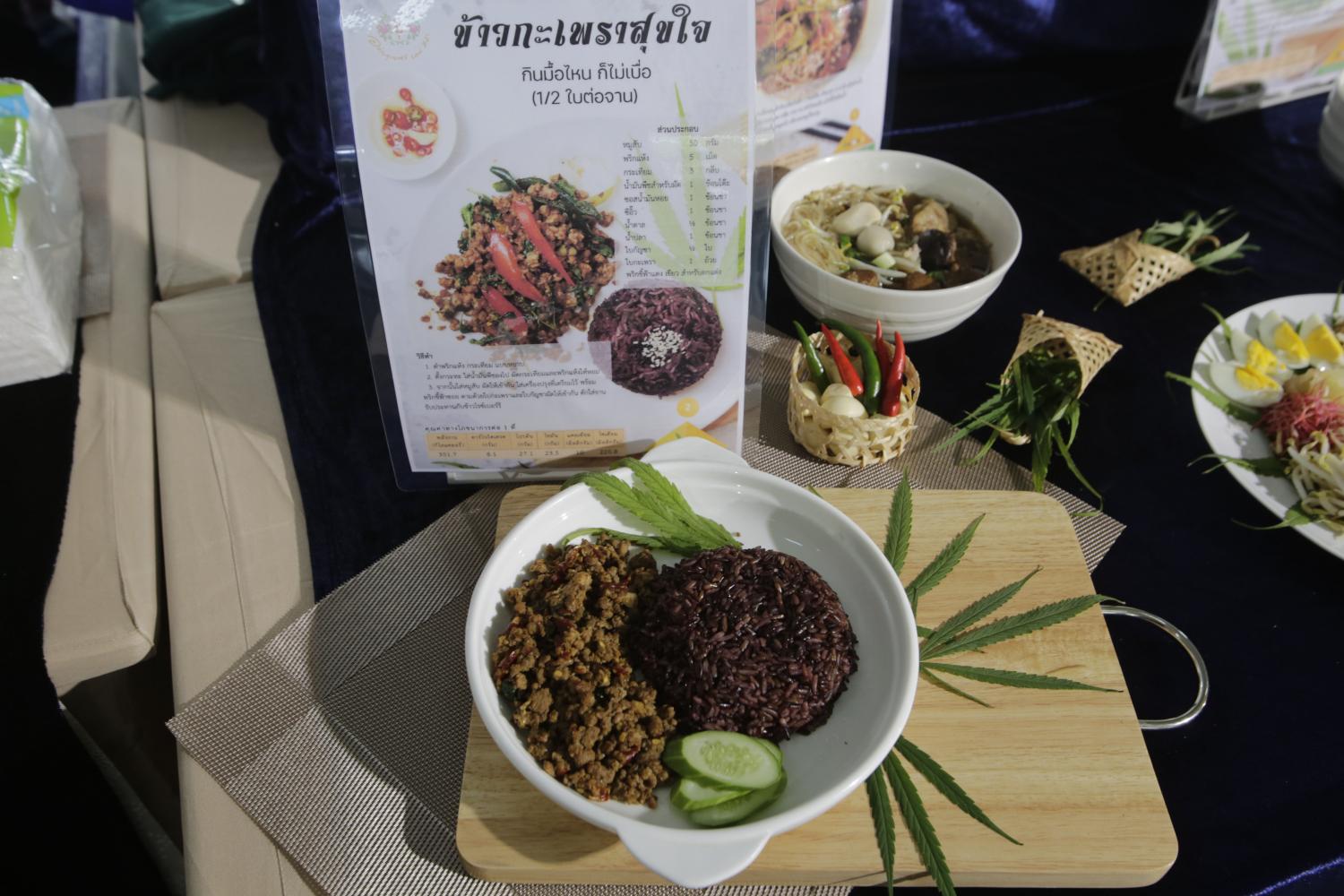 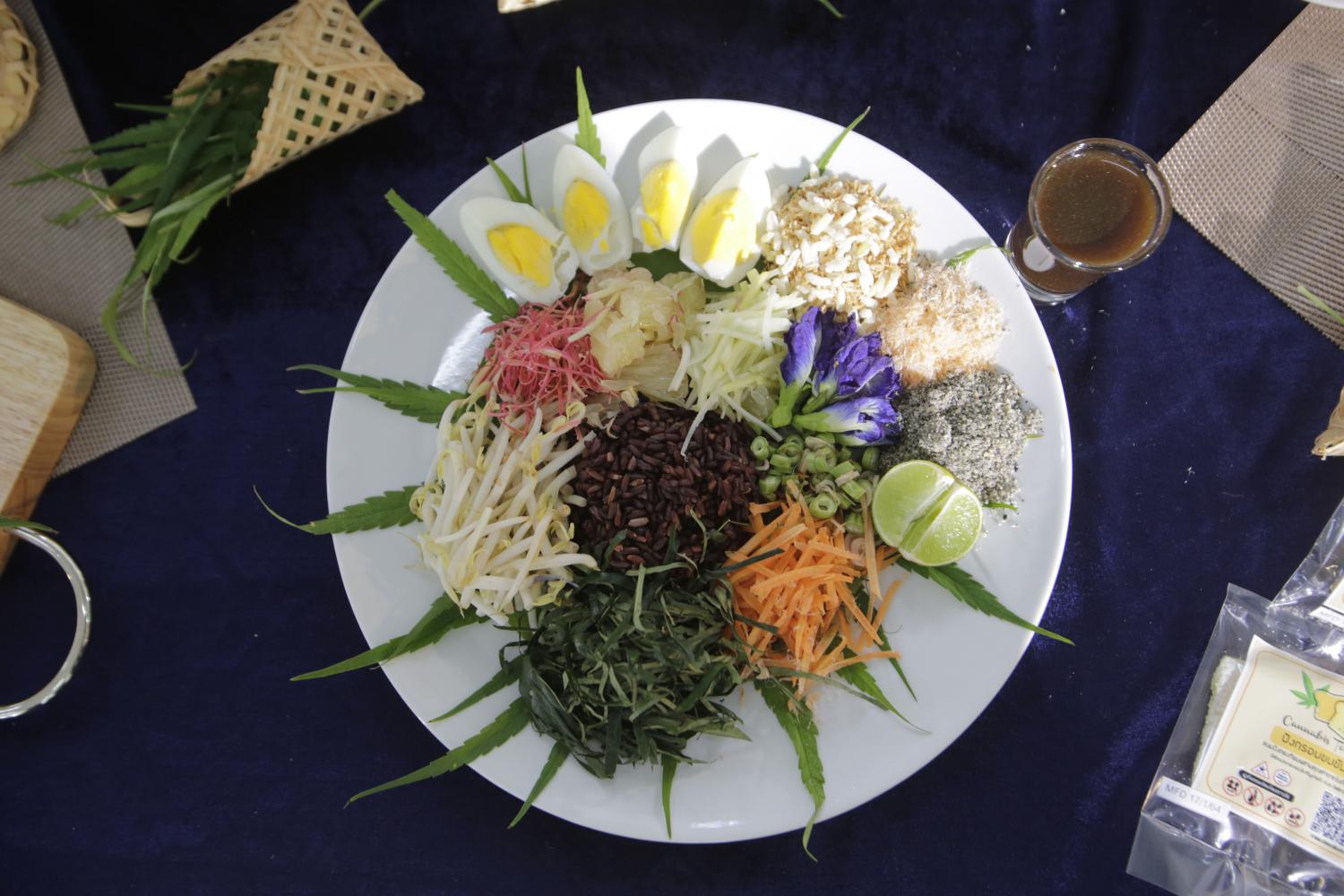 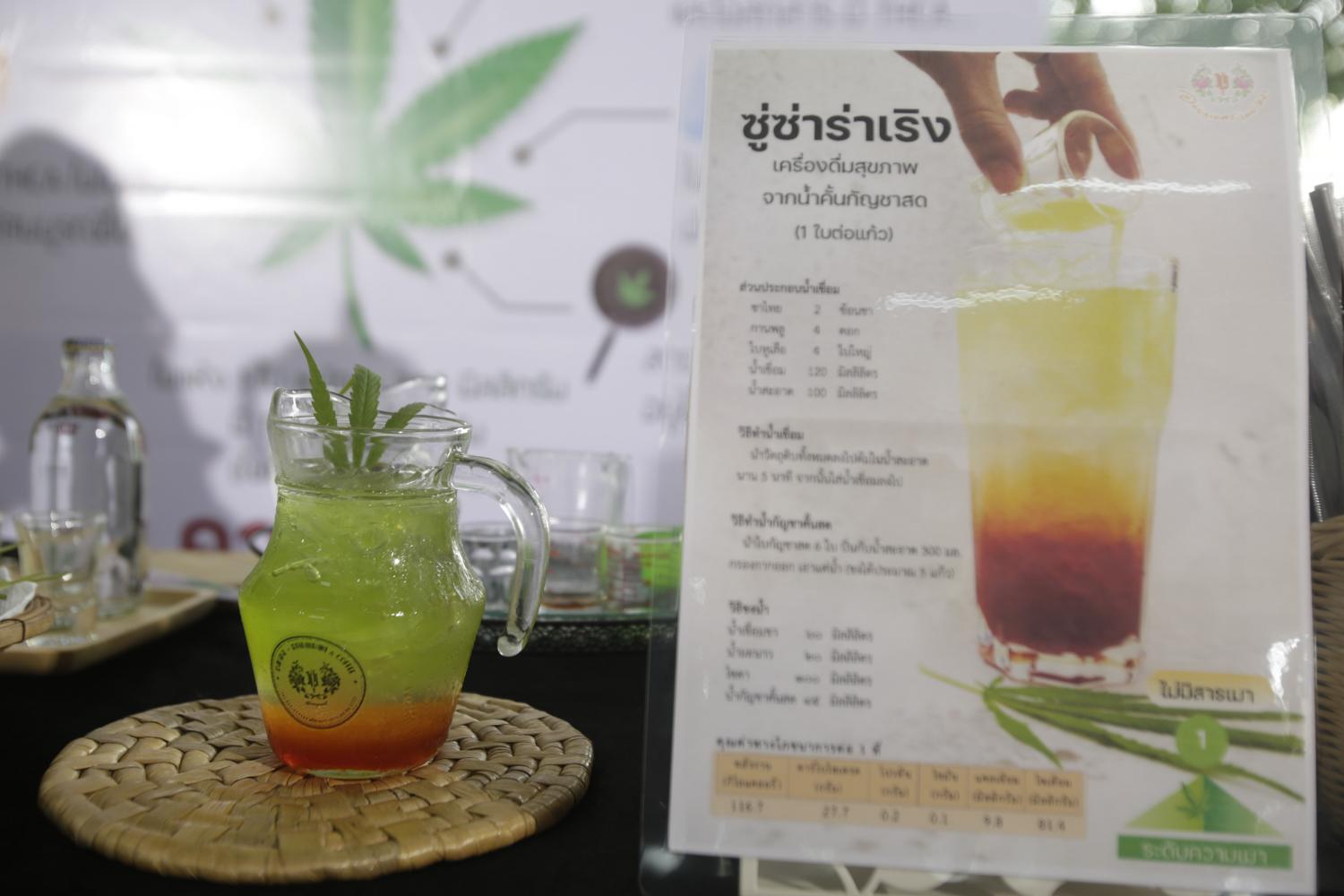 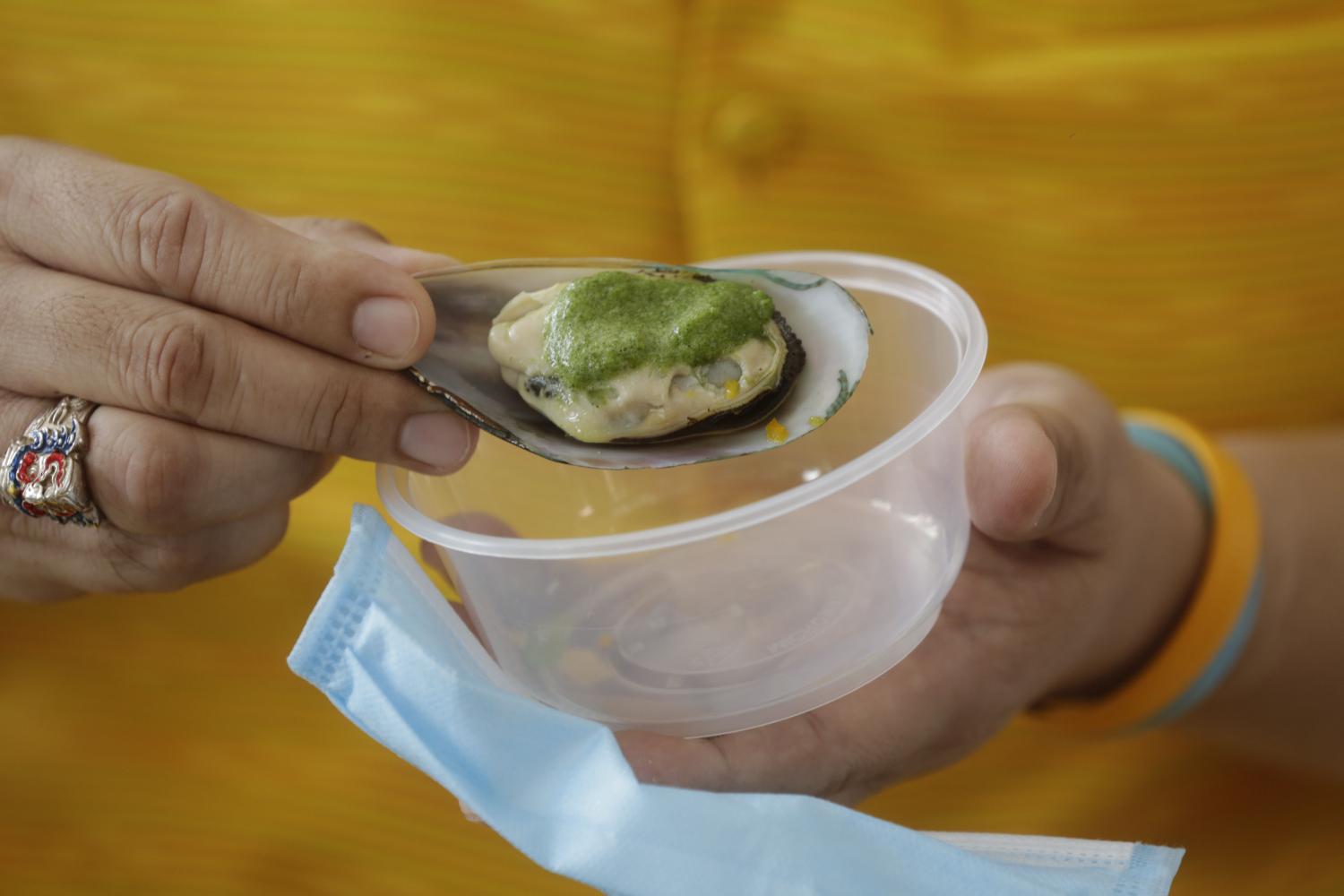 Leaves, stalks, stems and roots of the plants will be expunged from the list, Food and Drug Administration (FDA) secretary-general Paisarn Dunkum said on Wednesday. This would not include seeds, including flowers, which have high drug content. And individuals are still not allowed to grow both cannabis and hemp. Mr Paisarn was speaking at a training session organised for state officials who will handle the registration.

From Jan 29, individuals, legal entities, government offices, community enterprises and companies will be able to register to use the legal parts of cannabis and hemp for medical purposes and in textile, pharmaceutical and cosmetics industries, he said. This is a part of the government's policy to promote hemp and cannabis as a new cash crop, he said. In Bangkok, registration applications will be received at the office of the FDA while in other provinces, each application will be received and processed by provincial public health offices, he said. However, applications for the import and export of hemp will have to be submitted to the FDA office, he said.

The Education Ministry and Public Health Ministry on Wednesday signed an agreement to develop a training system for parties to start a business using parts of hemp. The ministries have launched a course on how to use legal parts of the plant in the food, health, spa and tourism industries. Deputy Prime Minister and Public Health Minister Anutin Charnvirakul said he had stressed the need to develop more courses that will serve the market.

Phakakrong Khwankhao, a traditional medicine expert with Chaopraya Abhaiphubejhr Hospital, warned that six groups of people should avoid consuming food or drinks with marijuana. They are people with liver or kidney problems, heart disease patients, people aged below 25, pregnant women, breast-feeding mothers, and people taking medicines that have stimulant effects.