The Federation of Thai Industries (FTI) has proposed five measures to increase liquidity for small and medium-sized enterprises (SMEs) under the state's 500-billion-baht soft loan programme in a fresh move to relieve the impact of the ongoing outbreak that has caused a drop in the Thailand Industrial Sentiment Index (TISI) for the first time in eight months.

The five measures, which include unlimited loan values and controlled interest rates, are aimed at easing borrowers' difficulties in gaining loans and not burden them excessively during the amortisation period.

The FTI plans to discuss its proposal with the Bank of Thailand (BoT) on Friday.

Since the BoT launched the soft loan programme last year by distributing the money to needy businesses via commercial banks, only 120 billion baht has been disbursed, he said. 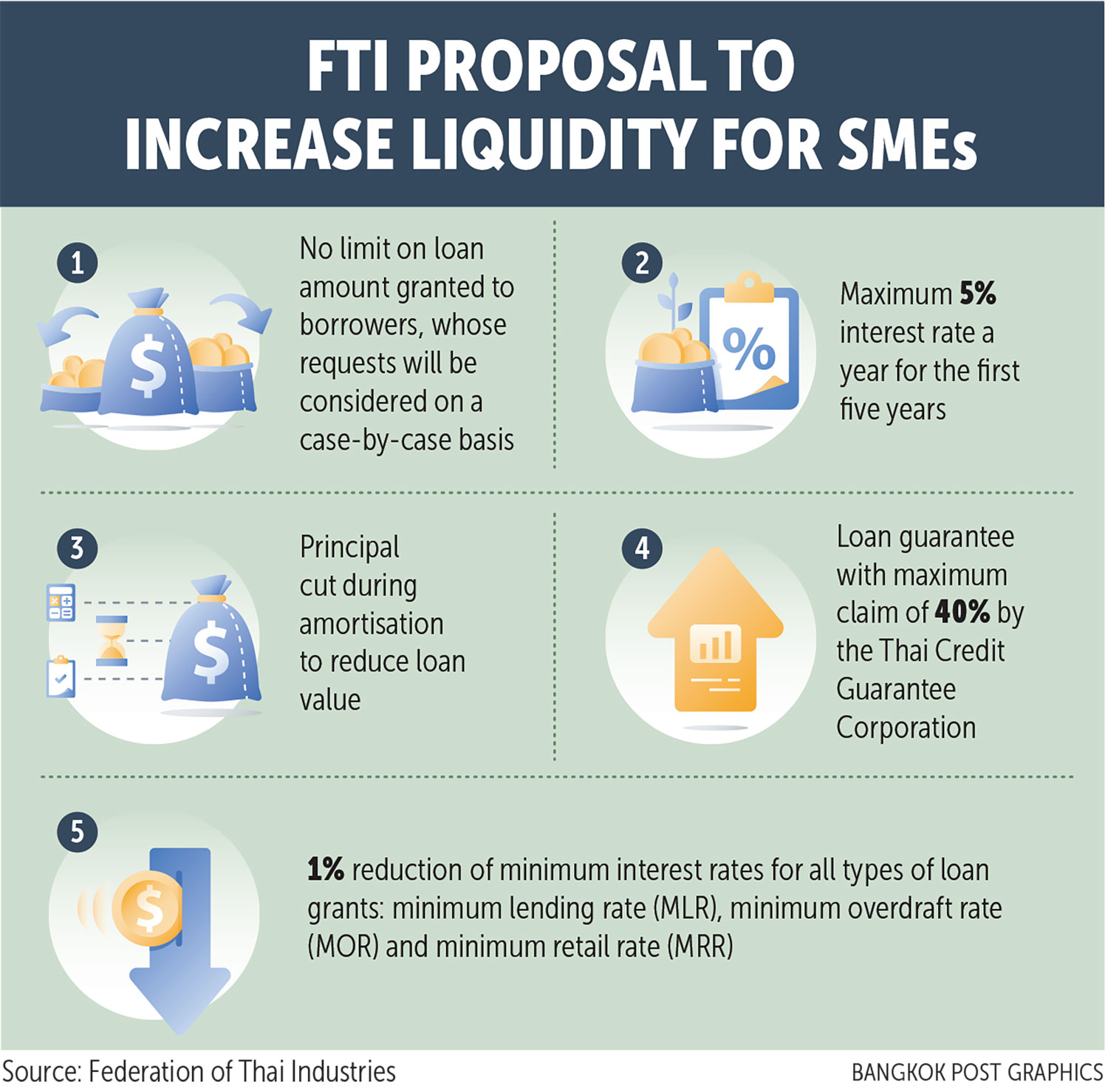 SMEs are reeling, with this month's outbreak leaving them in dire need of assistance, said Mr Supant.

The spread of the latest wave of the pandemic, which emerged last month, was partly blamed for the decline in the TISI for the first time in eight months, a period during which businesses had been hopeful for an improved economic outlook as the outbreak had subdued.

TISI decreased to 85.8 in December of last year from 87.4 points in November.

The drop came about due to many factors, including restrictions on business activities and travel to provinces seriously hit by the outbreak and work-from-home measures curbing spending and domestic tourism.

In the export sector, a lack of shipping containers and the baht's appreciation are still pressing issues.

Fewer working days during the festive period last month also led to a drop in output, according to the FTI.

The TISI is based on a survey conducted across 1,404 companies in 45 industrial sectors. Up to 71.9% were still concerned about the global economy during the pandemic.