Venture takes off as Bitkub upgrades

Upbit Thailand, a joint-venture digital asset exchange between Upbit APAC Pte and a group of Thai billionaires, launched operations on Wednesday following a rocky week for the country's leading cryptocurrency platform Bitkub, which temporarily shut down to fix some issues at the request of the regulator.

The new venture is considered timely by some analysts as investors are flocking to bitcoin and cryptocurrency following a surge in prices over the past few months.

Mr Somphote said he invested in this company because of his passion and belief in blockchain, the distributed ledger technology providing the backbone for cryptocurrency transactions. 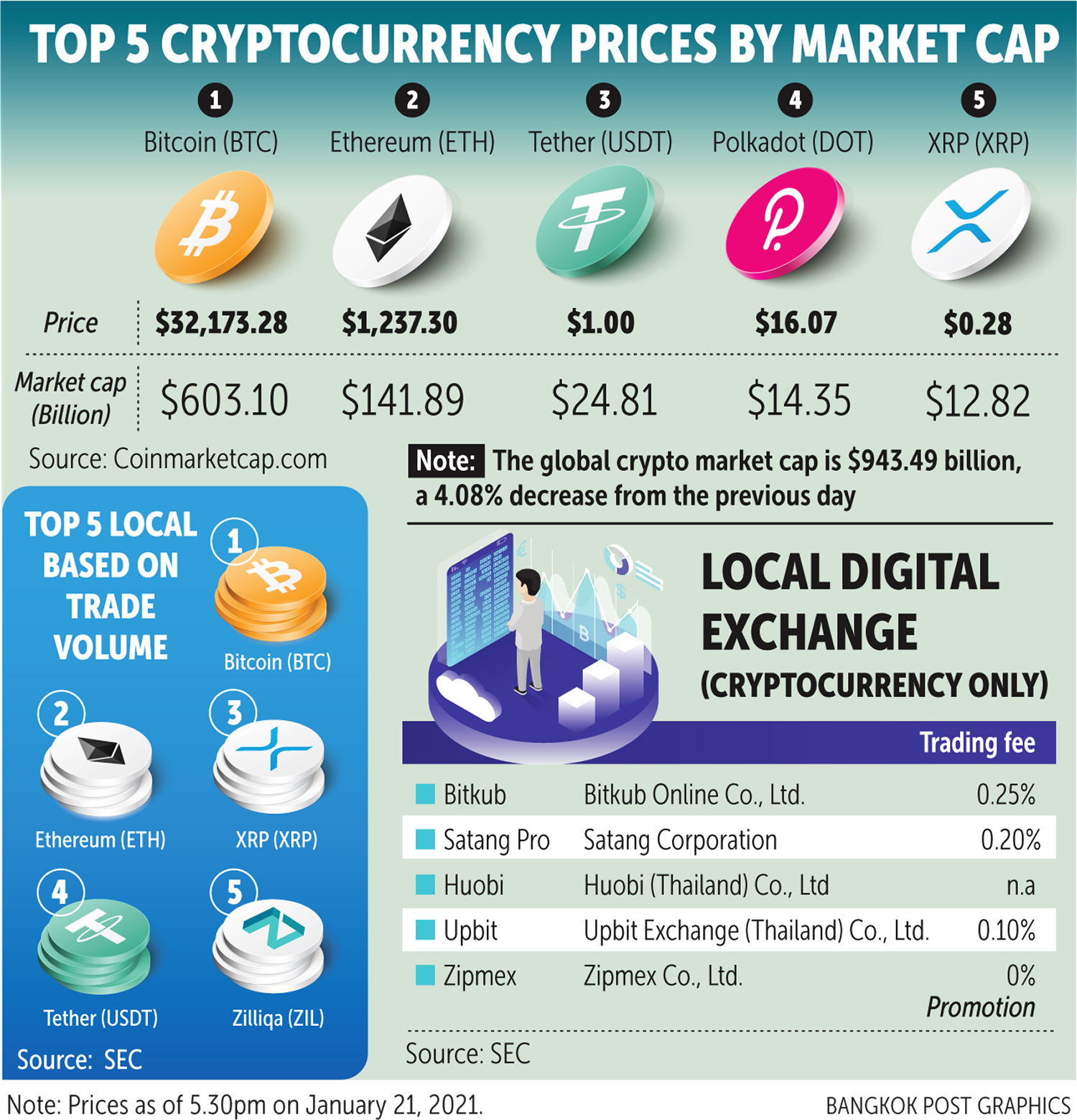 "Digital asset exchanges are necessary to raise funds and develop applications that will benefit future business operations," he said.

Preecha Praipattarakul, a board member of Upbit Thailand, said the company applied several months ago for a digital asset exchange licence and digital broker licence for cryptocurrency and digital tokens.

"It's a coincidence we received permission from the Securities and Exchange Commission at this time," he said.

Mr Preecha said digital assets have high potential for growth and their adoption will increase continuously, supported by productivity, efficiency and transparency.

However, as digital assets are traded globally around the clock, the stability and security of trading systems are key for their operation, he said. The new venture chose Upbit, a top global exchange headquartered in South Korea.

Mr Preecha said having a network in many countries helps create price dynamics. The company also has a plan to expand to other countries in the future, he said.

Poramin Insom, founder and chief executive of Satang Corporation, is a pioneer in the cryptocurrency business in Thailand. He said Upbit's entry into the Thai crypto market has attracted the interest of a large group of capitalists here.

Upbit Thailand has a strong financial base that should help insure investor confidence in case of trading losses, said Mr Poramin. This new player should be run professionally because the owners come from other industries, he said.

The entry of new players comes amid a price war, with 0% trading commission fees.

"Investors in the cryptocurrency market don't have loyalty to any one market," Mr Poramin said. "They tend to open an account with every market and make more profit from arbitrage between the markets. We are not afraid of Thai competitors as much as foreign players such as Binance or Coinbase that have yet to enter the Thai market."

Akalarp Yimwilai, chief executive at Zibmex, said the company saw an influx of roughly 1,000 new customers a day after Bitkub announced it will temporarily shut its trading platform down for maintenance on Monday evening.

The company has 20,000 customers that have completed the know-your-customer process.

Palakorn Yodchomyan, chief executive of Kulap, a decentralised digital exchange, said the company has about 14,000 customers.

Bitkub's temporary shutdown indirectly benefited the company as it drove customers to look for alternatives for cryptocurrency trading, including a decentralised exchange.