Thai food export value is expected to rise by 10.2-12.2% year-on-year to 1.08-1.10 trillion baht this year as prices of some farm produce are set to increase, thanks to growing demand for food in overseas markets, says Industry Minister Suriya Jungrungreangkit. 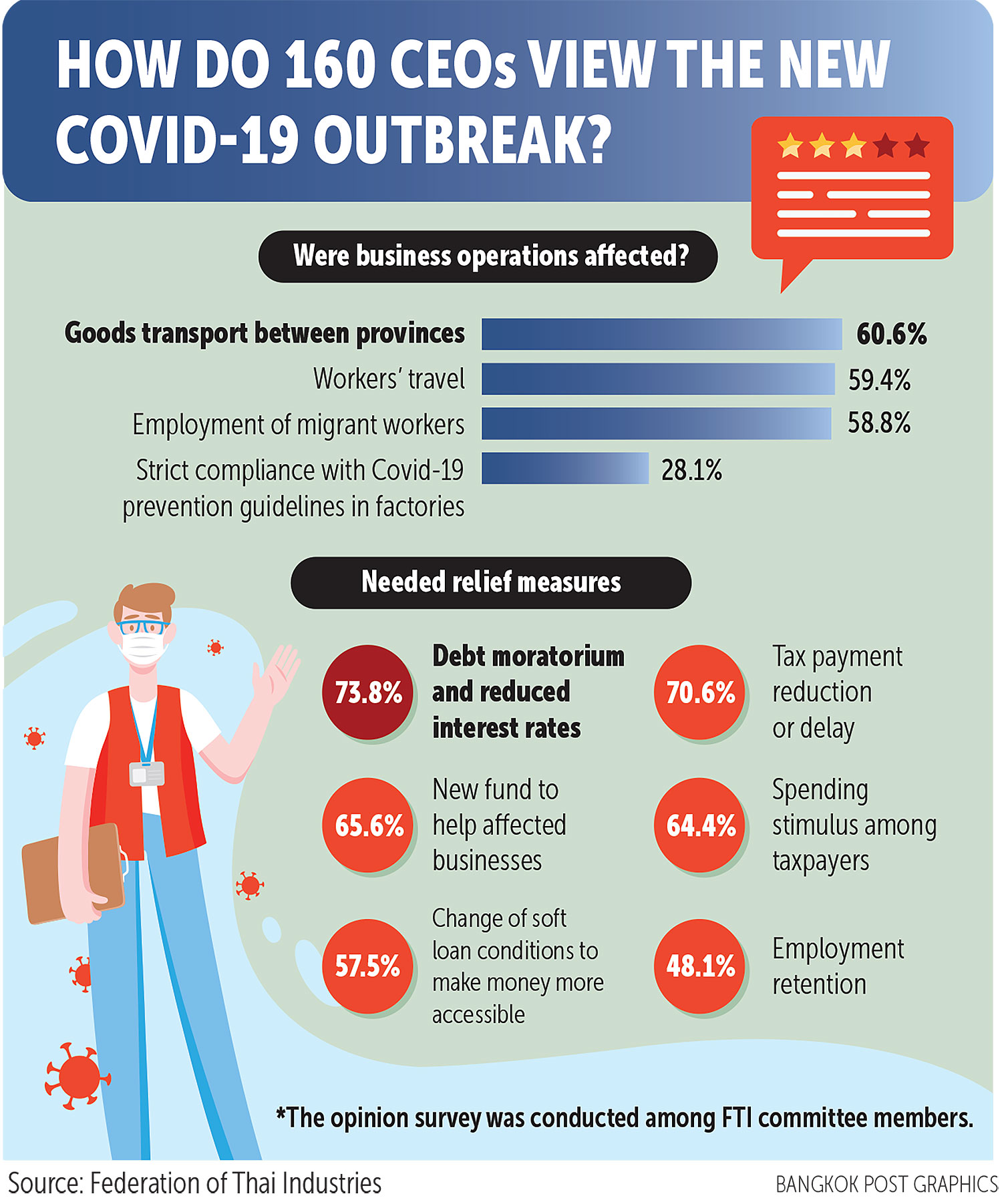 The ongoing spread of infections in many countries will benefit the Thai food processing business because foreign customers tend to buy and stockpile food products during lockdowns.

The improved export outlook for 2021 follows a sluggish year in this sector.

From January to November last year, food exports decreased by 7.39% year-on-year to 981 billion baht in value due mainly to lockdown measures and customers' worries over contamination in frozen food, said Mr Suriya, citing the latest report from the National Food Institute.

"Demand for ready-to-eat food products continued to increase in domestic and overseas markets," he said.

Mr Suriya's ministry is closely monitoring the latest outbreak, which started in mid-December last year, as it has affected key industries and has concerned the Federation of Thai Industries (FTI).

Thailand's manufacturing production index (MPI) last month decreased by 2.44% to 96.53 points as the new outbreak affected the industrial sector and entrepreneurs' confidence, according to the Office of Industrial Economics (OIE).

OIE chief Thongchai Chawalitpichaet said the impact came about from the state's decision to impose urgent measures against the outbreak, including strict travel restrictions in Samut Sakhon and other afflicted provinces.

"People could not travel and spent less money as a result," he said.

Samut Sakhon is a major production base in the country, covering many industries including food processing, garments and textiles as well as automotive parts and rubber products.

According to the OIE, processed food manufacturing went down by 17.3% year-on-year.

Mr Thongchai said the decrease would be temporary because both the government and businesses have more experience of coping with the pandemic.

Sugar production fell by 50.6% year-on-year because of drought. Only 44 of 57 sugar mills could operate.

The petroleum segment also decreased by 9.75% year-on-year as the state measures against the new outbreak led to reduced transport.

The outbreak also pushed the FTI to conduct an opinion survey among its committee members -- chief executives of 160 companies across 45 industries countrywide.

All interviewees stressed the government needs to push ahead with its relief measures to help businesses deal with the impact of the outbreak.