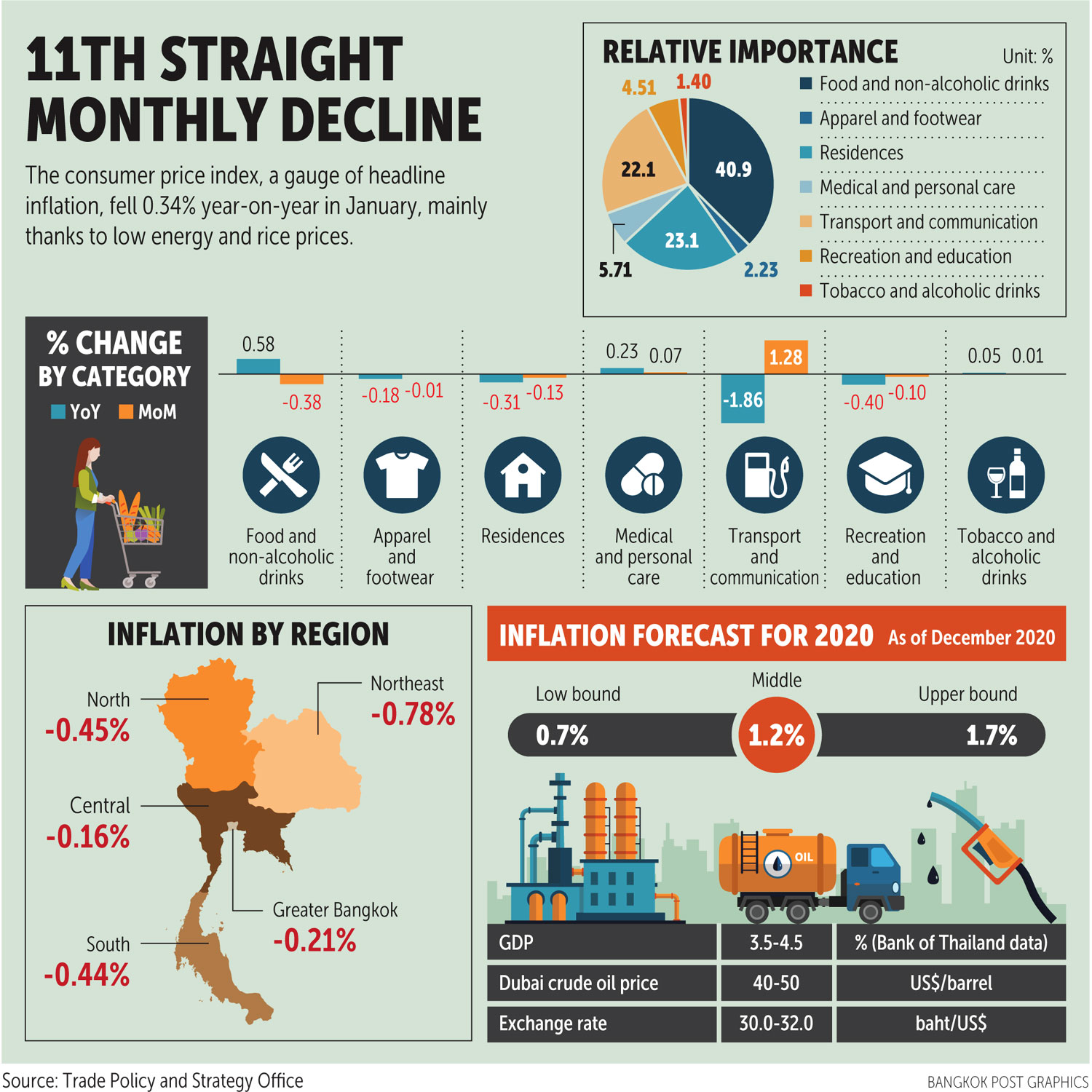 According to Pimchanok Pitfield, director-general of the Trade Policy and Strategy Office, major contributions came from low energy prices (down 4.82%) from a decrease in the fuel tariff (Ft), a key factor for calculating monthly power bills, and a continuous decline in rice and glutinous rice prices since the end of 2020 as Thai rice production was not affected by drought and demand remains stable.

Prices of fresh vegetables, seasonings and condiments rose as a result of flooding in the southern Thailand, and palm oil prices increased following higher domestic demand.

According to Mrs Pimchanok, of the 430 product and service items used to gauge inflation, the prices of 229 items rose from December, including, pork, edible palm oil, chicken and chilli.

Prices decreased for 129 items such as fresh fruit and vegetables, flour and rice, while the remaining items saw no change.

Core inflation, which strips out volatile energy and food categories, was 0.21% in January, which is the first month the Commerce Ministry has adjusted the base year in calculating the CPI.

The ministry applied 2019 as the base year, which was the year the National Statistical Office of Thailand used to complete its survey on national economic and social conditions. That was also the last full year Thailand was not affected by the pandemic. The previous base year was 2015.

The ministry normally adjusts the base year for the CPI calculation every 4-5 years.

The new CPI calculation extends coverage to households with a monthly income of 6,987-50,586 baht per household, which represents 71% of households nationwide.

The ratio of households in Greater Bangkok has also been reduced to 22% from 42% under the previous calculation.

The number of product and service items used in the CPI calculation has been expanded to 430 from 422 items previously, comprising 341 product items and 89 services. The annual rate of headline CPI in 2021 is projected to be 0.7-1.7% (with an average of 1.2%).