Bitcoin's price jumped over 20% to an all-time high of 1.4 million baht apiece after Elon Musk, CEO and founder of Tesla, announced the company purchased about US$1.5 billion of bitcoin in January and would start accepting the digital currency as a payment method for its products.

Ethereum (ETH), the largest altcoin, surpassed its former record high on Monday night at $1,780 in Coinbase and 53,999 baht in Thailand at 3pm.

Earlier, bitcoin's price had risen following the purchase by Microstrategy, the US financial advisory firm.

The inflation rate rose recently after the US Federal Reserve and many central banks around the world injected money into global economies.

The Securities and Exchange Commision (SEC) cautions investors over the risks of investing in cryptocurrencies, saying they could lose all of their money as the assets themselves have no intrinsic value, the SEC's secretary-general Ruenvadee Suwanmongkol said.

When there are no fundamentals supporting the value, cryptocurrencies' prices are highly volatile and prone to speculation. Investors must therefore fully understand the risks involved with cryptocurrencies before investing. 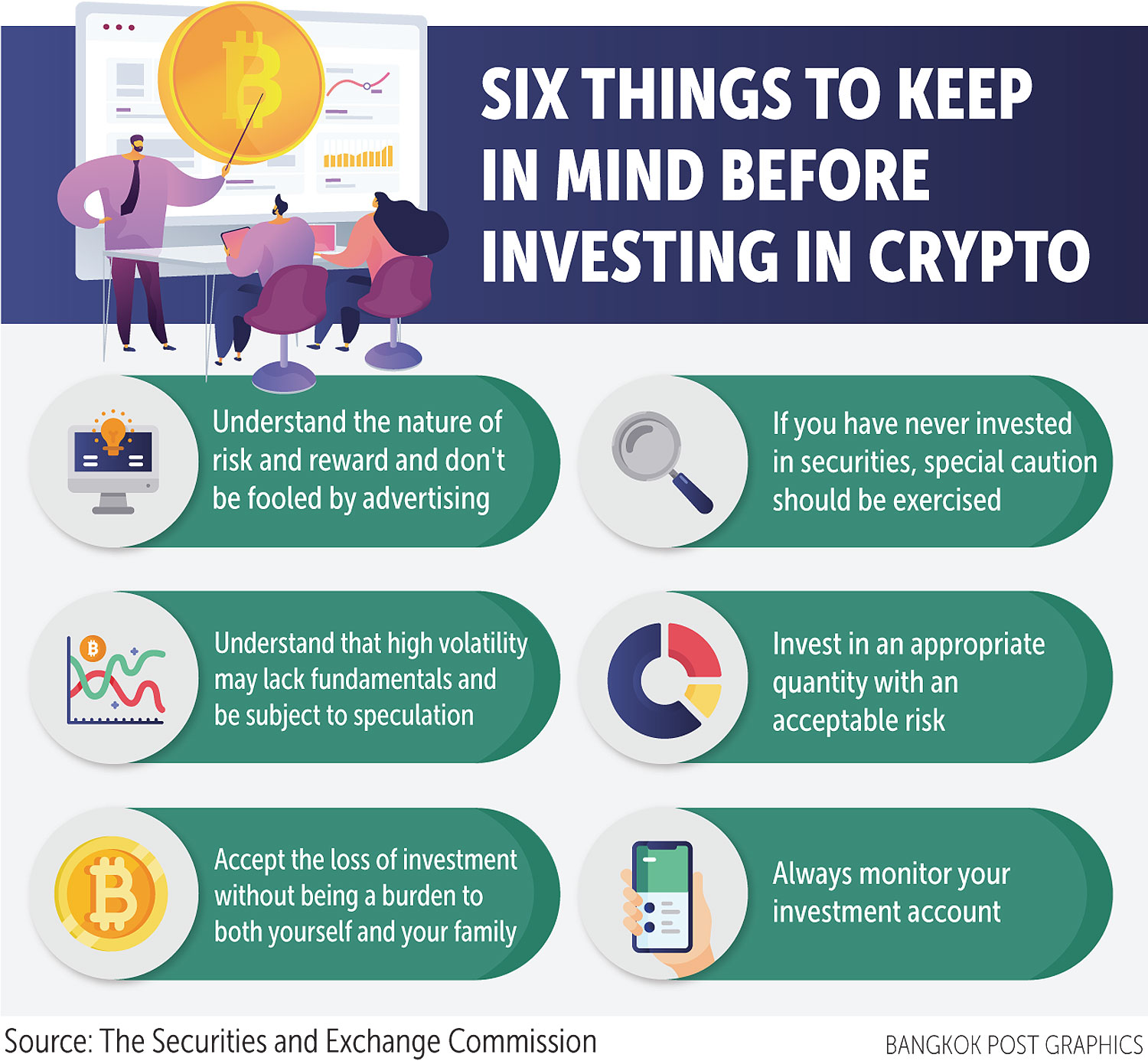 To protect investors, the SEC issued six cautions against investing in cryptocurrencies, to remind traders that they should invest properly, constantly keep track of their accounts and be particularly careful when investing in any cryptoassets.

These warnings are especially aimed at young investors who need to be under their guardians' supervision when investing.

Surasak Ritthongpitak, director of the Market Supervision Department at the SEC, said cryptocurrency investors and turnover volume in crypto trading has surged since the beginning of the year. The top three cryptocurrencies with the highest value are bitcoin, ETH and XRP.

Mr Surasak said the prices of cryptocurrencies are highly volatile, with the range of about 100-200%, compared to the SET Index which is only 10-20% volatile.