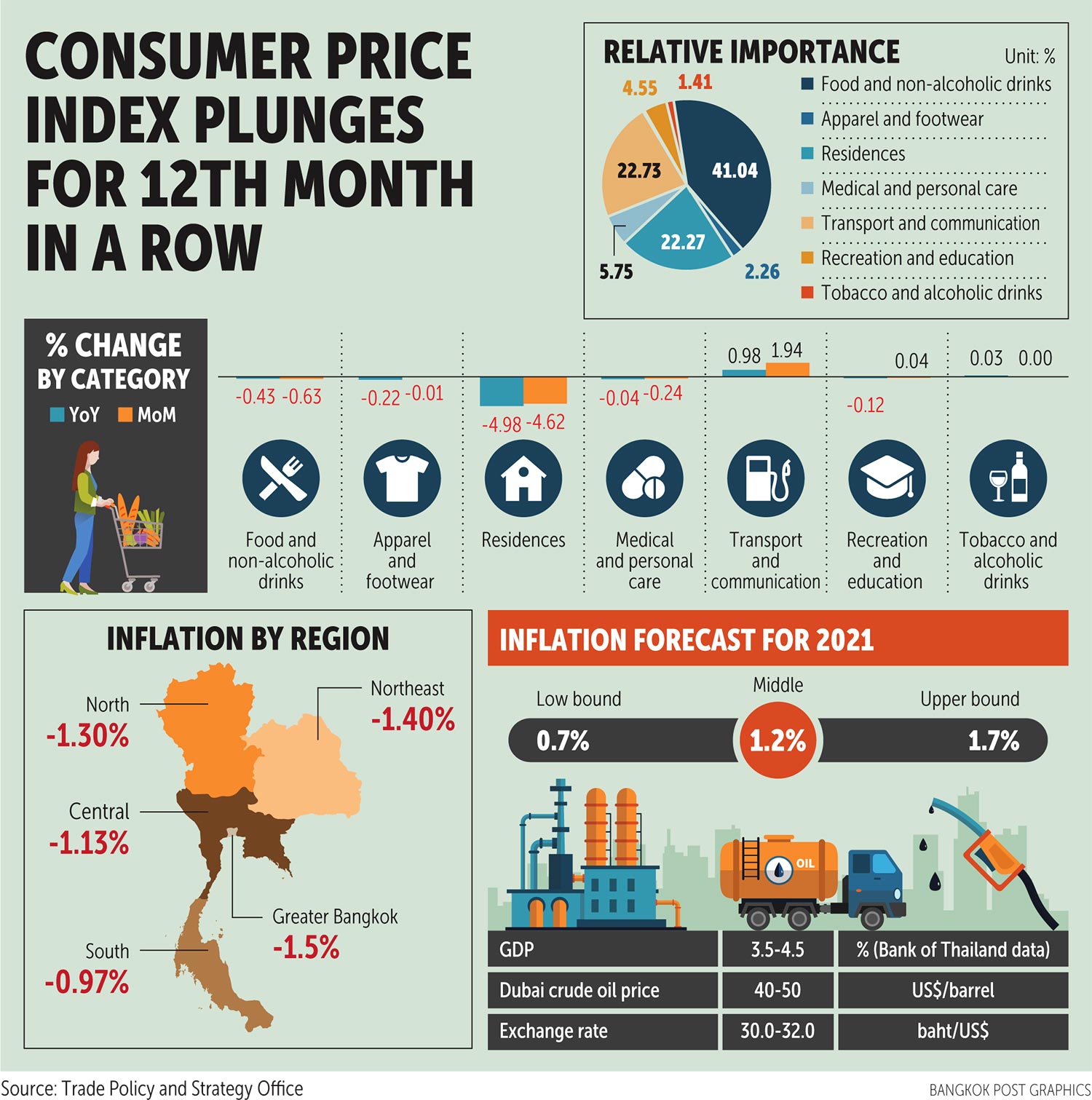 According to Phusit Ratanakul Sereroengrit, director-general of the Trade Policy and Strategy Office, the decline was largely because of the government measures to reduce the cost of living via electricity and water bills, effective from February to March.

Other items, except fuel prices, mostly moved in line with supply and demand. Fuel prices increased for the first time in 13 months, owing to higher global oil prices, he said.

Core inflation, which strips out volatile energy and food categories, rose by 0.04% year-on-year in February.

Mr Phusit said February's inflation rate is not a concern because the fall was driven largely by government subsidies.

Mr Phusit said the CPI in March is likely to decrease slightly as the government measures to reduce electricity and water bills still apply.

"Consumer prices are expected to gradually increase from April onwards thanks to an economic recovery and increasing purchasing power," he said.

Annual headline inflation in 2021 is projected to stay between 0.7% to 1.7%, (with an average of 1.2%), which is an appropriate range that would effectively support this year's economic growth, said Mr Phusit.

Thanavath Phonvichai, president of the University of the Thai Chamber of Commerce, said the lower consumer prices in February stemmed largely from the temporary state aid measures, not from the country's economic recovery.

"This shows the economy is yet to recover from the impact of the pandemic, while purchasing power remains relatively weak," he said.

Mr Thanavath advised the government to maintain its low interest rates and continue rolling out stimulus packages to help the overall economy.