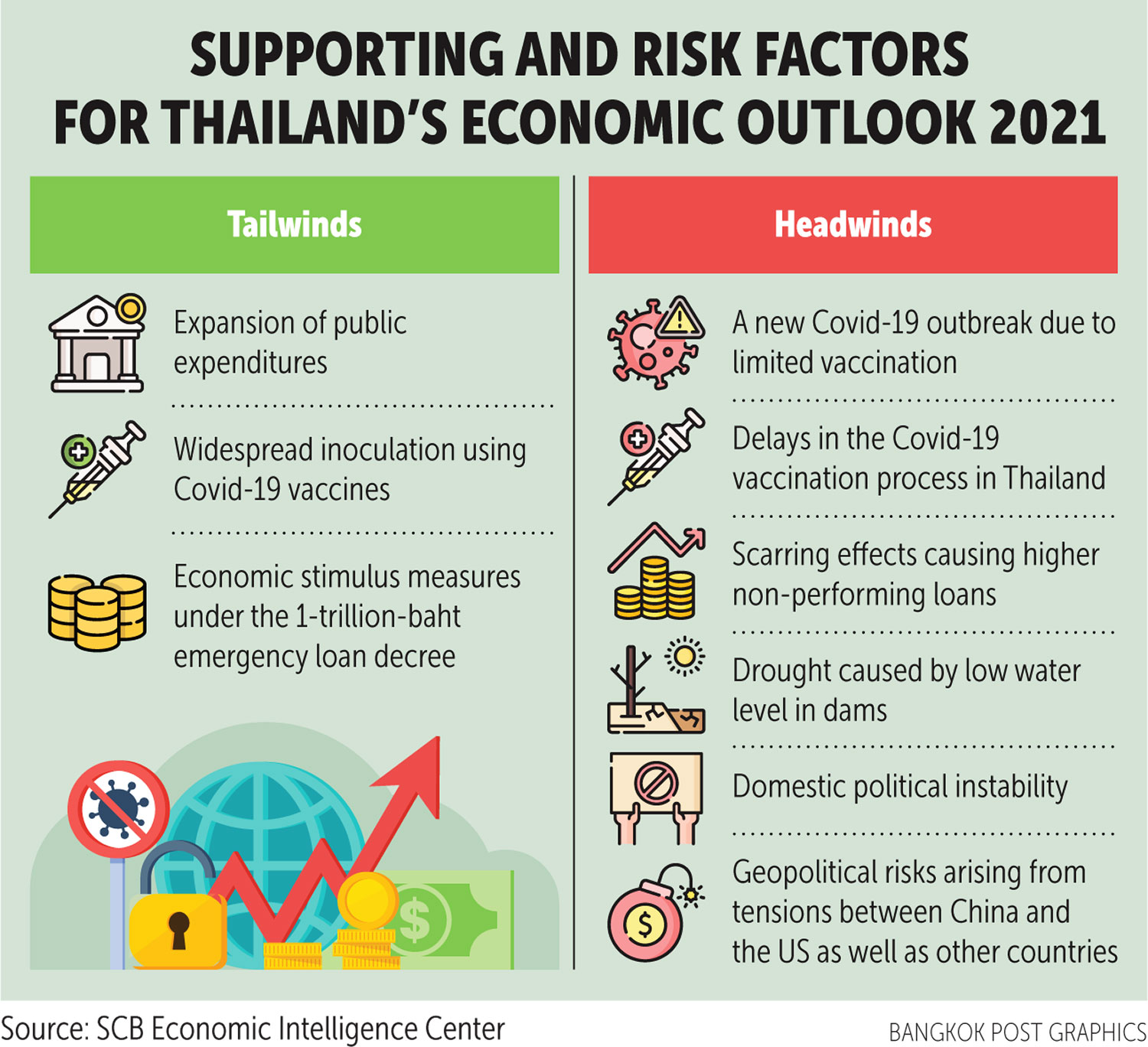 Thailand's economy is forecast to expand by 2.6% this year, up from 2.2% projected previously, as export recovery is anticipated to be faster than expected due to improving global economic growth, according to the Economic Intelligence Center (EIC), a strategic unit of Siam Commercial Bank.

"Looking forward, an export recovery is likely to continue, supported by improving global growth based on vaccination progress and stimulus packages, especially in the US," said Yungyong Thaicharoen, first executive vice-president of the EIC.

The EIC forecasts shipments to expand by 6.4% this year, up from 4% expected earlier.

"The sluggish tourism recovery is likely to continue, with this year's tourist arrivals forecast maintained at 3.7 million as a significant rebound in international travel will only happen when countries achieve herd immunity, allowing vaccinated tourists to freely travel," he said.

A substantial recovery in the domestic tourism industry will likely take place in the final quarter when most Asian countries, which are key tourist groups, achieve herd immunity, said My Yungyong.

"Most developed countries are expected to reach herd immunity in the second and third quarters, but they are not Thailand's key tourist groups."

Despite a smaller impact compared with the first outbreak, the second outbreak slowed domestic demand in the near term and could exacerbate permanent damage, constraining the economic recovery going forward, according to the EIC.

This damage includes reducing new business openings and worsening liquidity-related issues for businesses in the services sector, which could affect the already fragile state of private investment and employment, said Mr Yungyong.

Government spending should, however, continue to support Thailand's economic recovery on the back of the fiscal 2021 budget and the 1-trillion-baht emergency loan decree, he said.

The EIC expects public investment in construction on-budget projects and key mega-infrastructure development projects to grow by 9.4% year-on-year in 2021, with the government's financial subsidy programmes anticipated to continue.

"The recovery will be slow with a risk of sizeable permanent output loss. This reflects a slow tourism recovery and deep scarring, which could impair long-term growth," said Mr Yungyong.