Domestic inoculation is key in bid to reopen the borders

A sample of a Covid-19 vaccine passport produced by the Public Health Ministry, meant to facilitate international travel.

The Tourism and Sports Ministry announced a more relaxed mandatory quarantine scheme last week called "Area Quarantine", which is scheduled to be ready on April 1.

Under the plan, vaccinated tourists are required to quarantine for only seven days instead of two weeks within hotel areas. After one week, they can travel to any province.

Those who have not been inoculated must spend 10 days in quarantine, but they are entitled to roam around restricted areas within the property.

Specific areas of the country, such as islands, are joining the pilot project. Most are destinations in the South, which are heavily reliant on international markets.

The move is seen as the first step before opening Thai borders to the world with quarantine-free entry in October.

But is this endeavour worth the effort? Or will it be another failed attempt like the special tourist visa (STV) scheme that required visitors to go through complicated procedures and was very costly? Will it win the approval of local communities? The "Phuket Model" was undone last year because locals were not convinced it was safe.

The most important question is whether this scheme provides sustainable growth for tourism when the nation lags other countries in providing a mass vaccination programme. 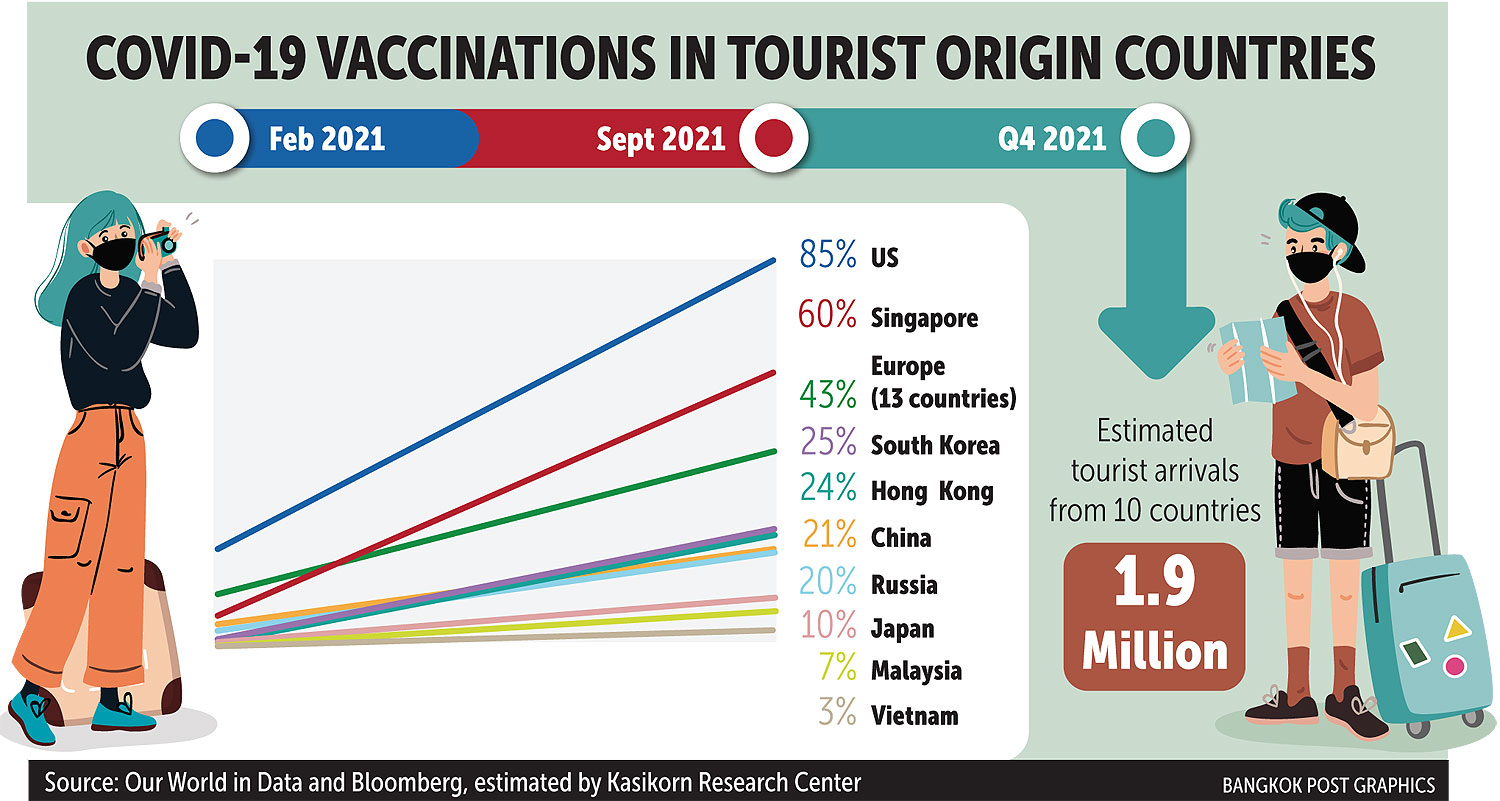 Dillip Rajakarier, group chief executive at Minor International, said Thailand needs to take the right steps to open up to tourism, starting with inoculating the population until herd immunity is achieved.

"If we look at other countries where mass vaccination has progressed well, such as the UK where 30% of the population has been vaccinated, they made it a priority to ensure their people are safe before easing travel restrictions," he said.

Mr Rajakarier said the first step is the most important, so it urges the government to speed up Thailand's vaccination programme, as this is the safest method in which to reopen the country. Mass inoculation is needed before granting quarantine-free entry for vaccinated tourists, he said.

However, the number of vaccine doses the government has ordered falls far short for a population of nearly 70 million, said Mr Rajakarier.

Private hospitals and companies are pleading with the government to allow them to import vaccines independently to distribute them either to employees or people who can afford to purchase them, but numerous obstacles remain preventing local communities from gaining herd immunity quickly.

He said Minor Group is ready to allocate a vaccine budget for its employees, but it cannot obtain vaccines as hospitals are barred from attaining regulatory approval. The average prices from vaccine manufacturers in the Thai private sector are higher than in other countries, said Mr Rajakarier.

To hasten the process, he suggested Thailand's Food and Drug Administration expedite the approval of more vaccines that have already received the green light from national public health agencies in other developed countries such as the Centers for Disease Control and Prevention in the US.

"Thailand should urgently consider more vaccine options from other manufacturers around the world," said Mr Rajakarier.

Once herd immunity is achieved and the quarantine-free option is available, the government should prepare an efficient Covid-19 passport, making sure the country adopts the digital technology required to facilitate seamless entry, he said.

The government must realise offering quarantine-free travel is essential to helping the tourism industry rebound, said Mr Puttipong. As long as a mandatory quarantine is in place, there will be fewer opportunities to attract foreign travellers, he said.

Even as airlines are eager for international passengers to support their bottom line, they want the government to take an approach that balances public confidence in the country's health and safety measures with their need to generate revenue, said Mr Puttipong.

He said the government should consider adopting a technology-based mechanism that identifies vaccinated visitors, such as IATA's travel pass.

The IATA pass is an application that can facilitate international travel and airlines want the Thai government to take the lead in ensuring everyone follows the same regulations.

Association of Domestic Travel vice-president Chotechuang Soorangura said mandatory quarantine made it virtually impossible for most holidaymakers worldwide to make any plans.

Many countries are looking to create their own vaccine passports, with Thailand and China announcing certificates just last week. The real breakthrough for international tourism will occur once the World Health Organization (WHO) approves the guidelines for vaccine passports, said Mr Chotechuang.

"Each country is inoculating their population using various vaccines from different manufacturers. To create the utmost confidence, guidelines from WHO plus efficient digital tools are necessary to restart cross-border trips again," he said.

Thailand could start a test run for a quarantine-free scheme by first selecting tourist origin countries that have strong demand to travel and a good diplomatic relationship with Thailand, said Mr Chotechuang. That means signing a travel bubble agreement with China as well as Japan, which both have healthy tourism exchanges with Thailand in recent years, he said.

In terms of outbound travel, over 1.3 million Thais visited Japan, which is dubbed the all-time favourite destination among Thai travellers. 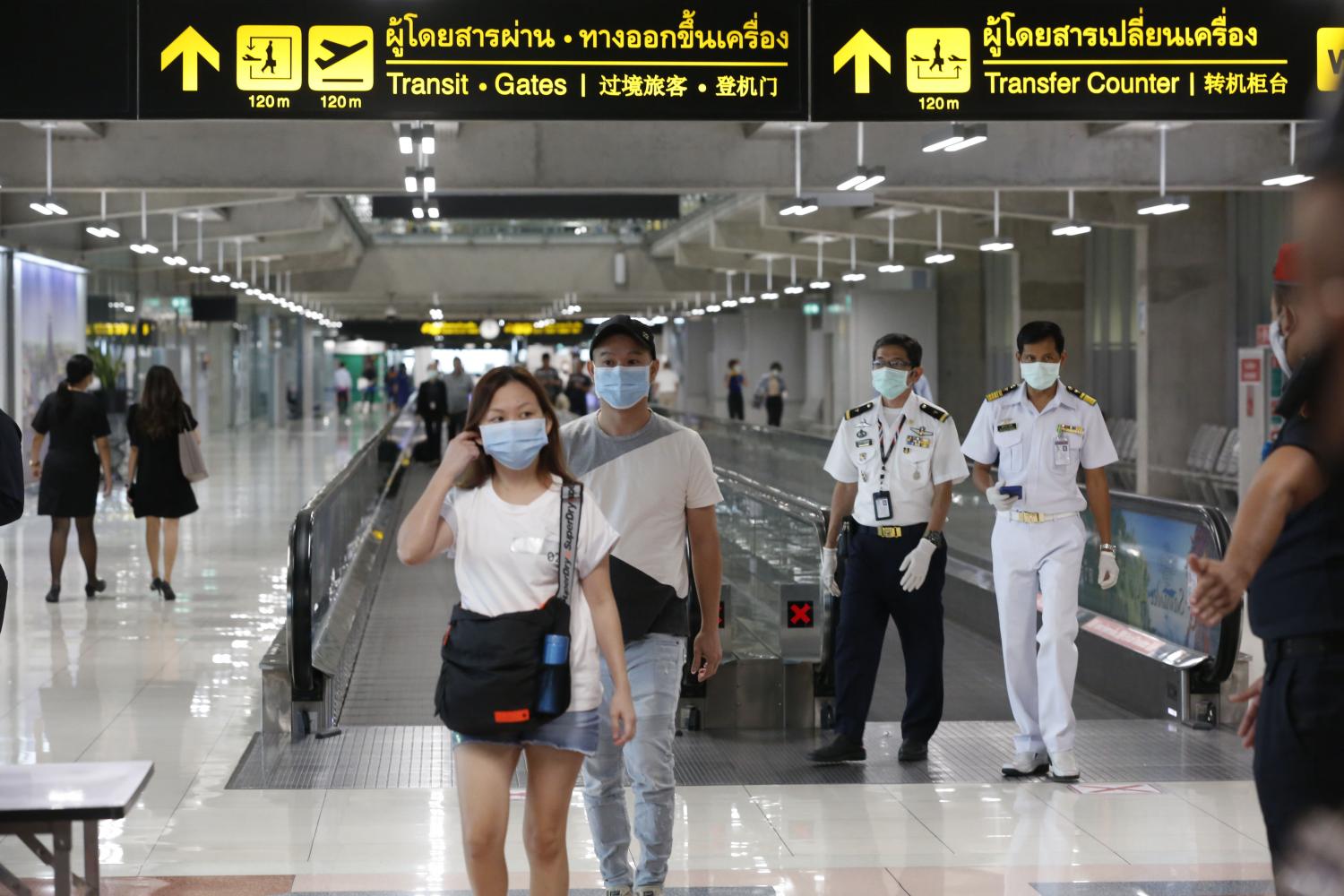 Tourists wear face masks to prevent the spread of Covid-19 at Suvarnabhumi airport as they are instructed by health and safety officials to undergo health screening and mandatory quarantine upon arrival. Pornprom Satrabhaya

"A partnership with China is possible because Thailand is always considered the preferred destination among Chinese travellers and there's a lot of pent-up demand, while a deal with Japan is feasible as Thailand is a big market for them," said Mr Chotechuang.

He said any agreement should be mutually beneficial and Thailand should not back down on its strict entry requirements.

"The quarantine requirement has proven to be unpopular. Even though the government tried to introduce more relaxed options such as a villa quarantine, the number of guests entering the country via that scheme proved to be just a drop in the ocean," said Mr Chotechuang.

Since Thailand reopened its borders to specific groups with restrictions and issued STVs with a mandatory quarantine last year, only 10,822 foreign visitors arrived in the country between October and December.

The seven-day quarantine for vaccinated foreigners may not be a great option if Thailand wants to benefit from mass inoculations worldwide to boost its economy, said the Federation of Thai Industries (FTI).

The new quarantine period is still thought to be too long.

"Many countries allow vaccinated people to travel more freely. If we require a seven-day quarantine, the FTI believes vaccinated travellers will not come to Thailand," said FTI chairman Supant Mongkolsuthree. "We would lose an opportunity to restore our economy."

The Joint Standing Committee on Commerce, Industry and Banking has urged the Thai government to speed up its decision on a vaccine passport scheme.

The prime minster is reluctant to adopt a vaccine passport scheme as critics are concerned over the efficacy of certain vaccines. He told the Foreign Affairs Ministry to study the issue.

The government must weigh the need to prevent further outbreaks of Covid-19 with efforts at economic recovery in a way that "corresponds with the direction" around the world, said Mr Supant.

Many countries support a vaccine passport and others have begun to relax their quarantine procedures, he said.

Thailand should reduce the quarantine period to three days or eliminate quarantine for vaccinated travelers, said Mr Supant. The government should carefully consider the survival of business during the pandemic, he said.

"Foreign businessmen and high-end tourists want to come to Thailand if they are allowed free movement with a vaccination certificate," said Mr Supant. "Business people often come for a short visit."

If the government is worried about Covid-19 transmission, it could require foreigners to use a mobile app that allows authorities to be alerted to their whereabouts, he said.

Investors are not tourists, so they cannot stay in state quarantine for a long time because this could affect their business, she said. 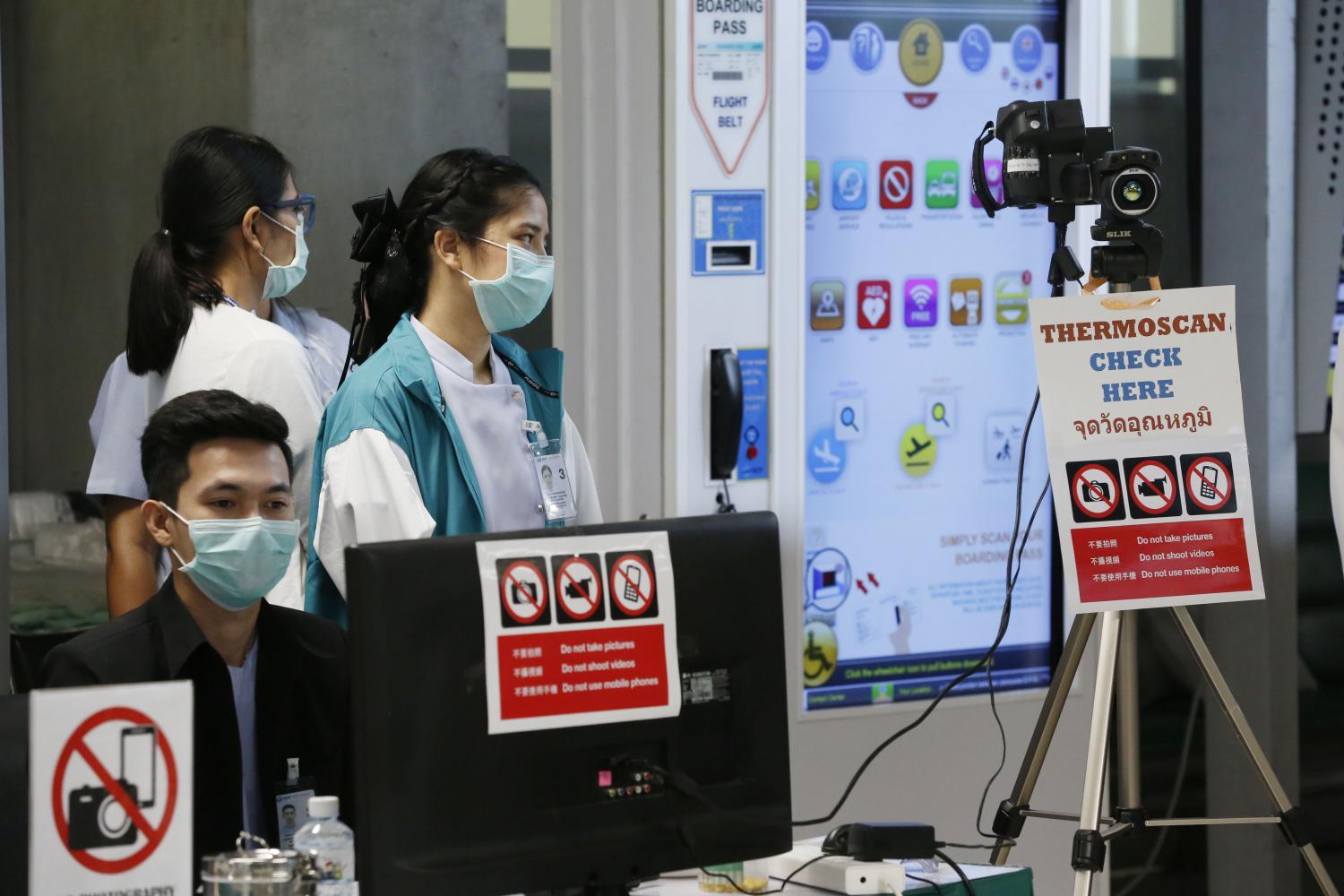 "Thailand's path to economic recovery will mostly depend on the tourism industry outlook and when the country reopens to foreign tourist arrivals. Covid-19 vaccines and the reopening policy of each country will have a significant impact on the recovery of Thailand's tourism industry in 2021," said Kevalin Wangpichayasuk, assistant managing director of Kasikorn Research Center.

"Other crucial factors are whether Thailand's quarantine period is reduced, clarity on vaccine passport policy and whether countries will allow their citizens to travel to Thailand," she said.

The think tank's forecast of 2 million foreign tourist arrivals is based on the progress of vaccination programmes in 10 countries the comprise the bulk of arrivals in Thailand such as China, European countries, Japan and the US. It is also based on the inoculation timeline announced by the Thai government.

The projection of 2 million foreign arrivals is quite low, meaning tourism must still rely on domestic travellers for revenue, said Ms Kevalin.