Officials upbeat on recovery from April

Overall Thai exports in February contracted by 2.59% to US$20.2 billion year-on-year, attributed to a drop in industrial products and gold shipments, but officials believe the country will enjoy a gradual recovery starting next month. 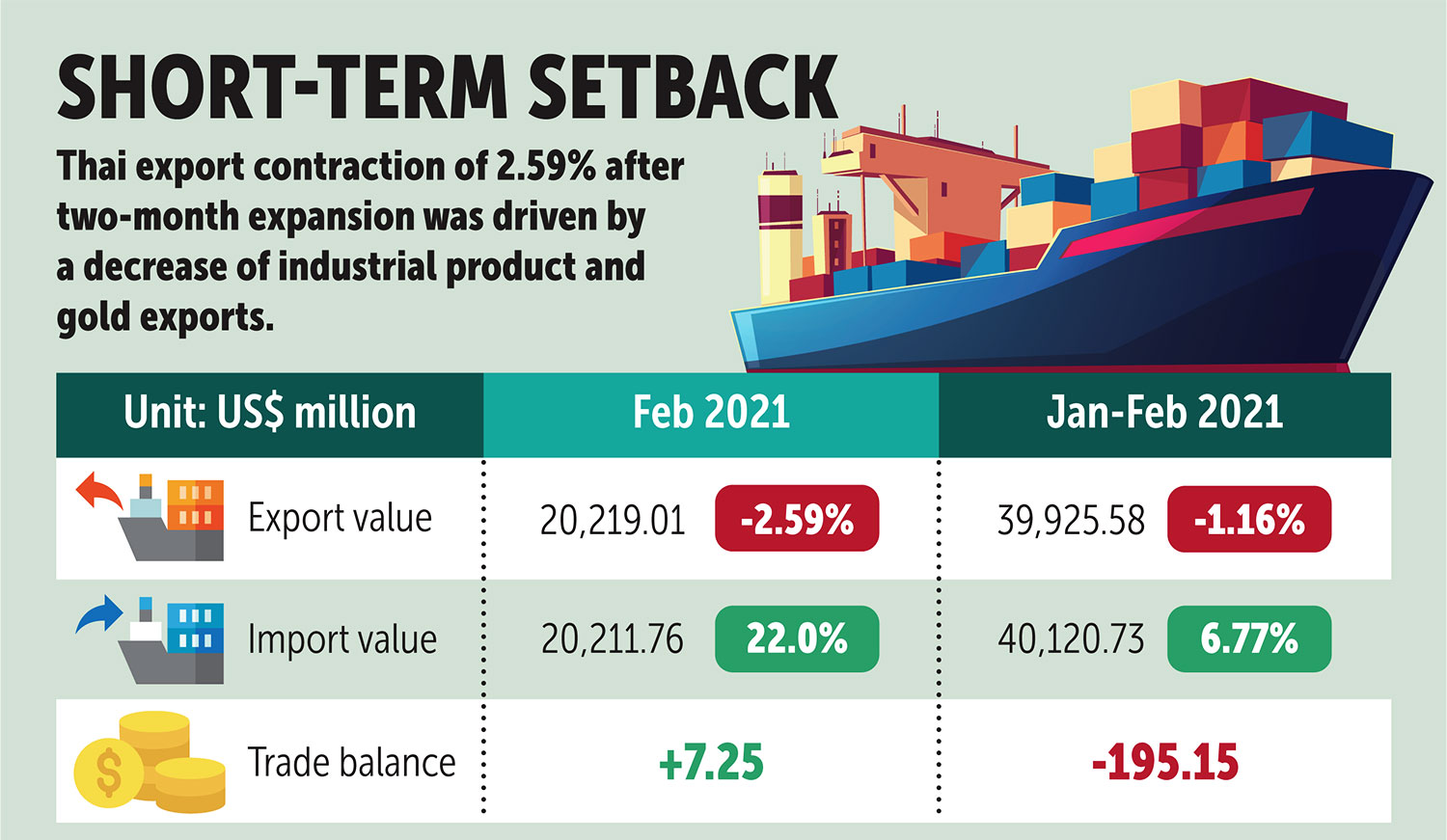 "The February figures were satisfactory," said Phusit Ratanakul Sereroengrit, director-general of the Trade Policy and Strategy Office, adding the value above $20 billion was a good sign.

From January to February this year, the export value contracted by 1.16% to $39.9 billion.

The export contraction in February was driven by a 4% decrease of industrial product exports and up to 93% decrease of gold exports.

Among major industrial products are textiles, which fell by 12.5%, and hard-disk drives which went down by 7.2%.

Exports of automobiles, equipment and parts managed to increase by 3.6%.

Also in February, agricultural and agro-industrial product exports saw a strong expansion, with a rise of 7.0% year-on-year.

Exports of cassava products increased by 46.6% and fresh, frozen, canned and processed vegetables and fruit rose by 42.9%.

Mr Phusit expects export growth in the first quarter of this year will end up in the negative territory though export prospects in March are expected to improve.

In March last year, Thai exports stood at $22.3 billion because of shipments of various products, including gold.

"The second quarter is when we will see the start of an export recovery," he said, predicting growth of at least 4% this year.

Imports to Thailand in February increased by 22% to $20.2 billion, resulting in a trade surplus of $7.25 million, according to the Trade Policy and Strategy Office.

The cabinet on Tuesday extended the reduction in excise tax on standard diesel for another two months and increased the size of the cut, Prime Minister Prayut Chan-o-cha said.