Global brands find it hard to untangle themselves from Xinjiang cotton

Faced with accusations that it was profiting from the forced labour of Uyghur people in the Chinese territory of Xinjiang, the H&M Group — the world’s second-largest clothing retailer — promised last year to stop buying cotton from the region.

But last month, H&M confronted a new outcry, this time from Chinese consumers who seized on the company’s renouncement of the cotton as an attack on China. Social media filled with angry demands for a boycott, urged on by the government. Global brands like H&M risked alienating a country of 1.4 billion people.

The furore underscored how international clothing brands relying on Chinese materials and factories now face the mother of all conundrums — a conflict vastly more complex than their now-familiar reputational crises over exploitative working conditions in poor countries.

If they fail to purge Xinjiang cotton from their supply chains, the apparel companies invite legal enforcement from Washington under a US ban on imports. Labour activists will charge them with complicity in the grotesque repression of the Uighurs.

But forsaking Xinjiang cotton entails its own troubles — the wrath of Chinese consumers who denounce the attention on the Uighurs as a Western plot to sabotage China’s development.

The global brands can protect their sales in North America and Europe, or preserve their markets in China. It is increasingly difficult to see how they can do both.

“They are being almost at this point told, ‘Choose the US as your market, or choose China as your market,’” said Nicole Bivens Collinson, a lobbyist who represents major apparel brands at Sandler, Travis & Rosenberg, a law firm in Washington.

In an age of globalization, international apparel brands have grown accustomed to criticism that they are profiting from oppressed workers in countries like Myanmar and Bangladesh, where cheap costs of production reflect alarming safety conditions.

The brands have developed a proven playbook: They announce codes of conduct for their suppliers, and hire auditors to ensure at least the appearance of compliance.

But China presents a gravely elevated risk. Xinjiang is not only the source of 85% of China’s cotton, but synonymous with a form of repression that the US government has officially termed genocide. As many as 1 million Uighurs have been herded into detention camps, and deployed as forced labour.

The taint of association with Xinjiang is so severe that both the Trump and Biden administrations have sought to prevent Americans from buying clothing produced with the region’s cotton.

For the apparel brands, their dilemma is heightened by the fact that the Chinese government has weaponised China’s consumer market. In fomenting nationalist outrage, Beijing is seeking to pressure the international brands to pick a side — to ignore reports of forced labour or risk their sales in the world’s largest potential consumer market.

Framing this choice is the reality that China remains the world’s central hub for making clothing.

In pursuit of alternatives, many international brands are shifting production from Chinese factories to plants in countries like Vietnam, Cambodia and Bangladesh. But moving does not eliminate their exposure to Xinjiang cotton.

China exports unprocessed cotton to 14 countries, including Vietnam, Thailand, India, Pakistan and Bangladesh, and yarn to 190 countries, according to the International Cotton Advisory Committee, an international trade association in Washington.

China is the source of nearly half of all cotton fabric exported around the world. Most of that material includes cotton harvested in Xinjiang. 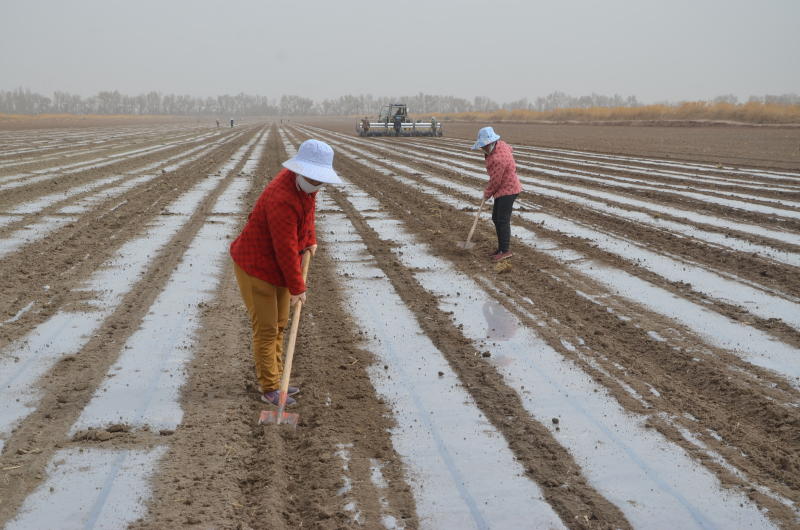 The ubiquity of clothing made with Xinjiang cotton is the result of forces that have shaped the global economy for centuries.

Cotton’s history is intertwined with the barbarity of slavery, given that it is vital to the production of textiles, and dependent on large numbers of people to harvest and refine in a gruelling process.

The lucre of cotton prompted plantations in the American South to turn to the African slave trade. In modern times, the cotton trade has frequently drawn accusations of forced labour from human rights groups, most prominently in Uzbekistan.

As China has transformed itself from an impoverished country into the world’s second-largest economy, it has leaned on the textile and apparel industries. China has courted foreign companies with the promise of low-wage workers operating free from the intrusions of unions.

The brands have turned China into an export colossus. They have also invested heavily in selling their products to a growing Chinese consumer class.

Xinjiang, a rugged expanse more than twice the size of Texas, holds China’s largest oil reserves. Its abundant land and sunshine have made it fertile ground for cotton.

The Chinese government has rejected claims of worker abuse in part by claiming that much of Xinjiang’s cotton harvest is now automated. But manual picking remains common in the south of the region, where most Uighurs live. There, nearly two-thirds of cotton is hand-picked, the regional government said last year.

As human rights groups have focused on the exploitation of the Uighurs, apparel brands have sought to distance themselves from Xinjiang. Nike, Burberry and PVH, the parent of Calvin Klein and Tommy Hilfiger, have issued assurances that they have ceased buying cotton from sources in the region, while conducting audits of their suppliers.

“The key tool it’s used for is rubber-stamping conditions in supply chains, as opposed to trying to deeply figure out what is going on,” said Genevieve LeBaron, an expert on international labour at the University of Sheffield in England.

In Xinjiang, efforts at probing supply chains collide with the reality that the Chinese government severely restricts access. Not even the most diligent apparel company can say with authority that its products are free of elements produced in Xinjiang. And many brands are less than rigorous in their audits. 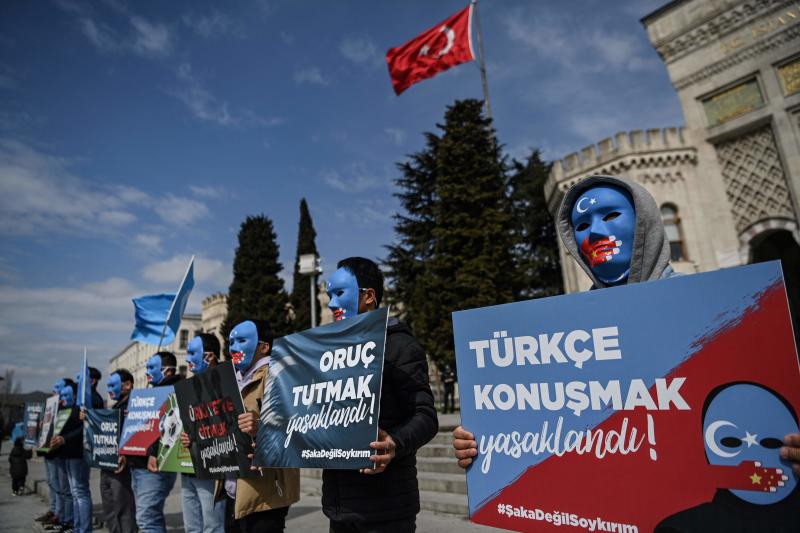 Demonstrators wearing a mask painted with the colours of the flag of East Turkestan hold placards reading "Speaking Turkish , banned" and "fasting in ramadan, banned" during a protest by supporters of the Uighur minority on April 1, 2021 at Beyazid square in Istanbul. (AFP photo)

Major apparel brands have coalesced around the Better Cotton Initiative, an organisation based in Geneva and London whose official mission includes improving working conditions for those in the trade.

Last fall, the organisation announced a halt to its activities in Xinjiang amid persistent reports of forced labour. But the body’s China branch recently asserted that its investigation in Xinjiang “has never found a single case related to incidents of forced labour,” dating back to 2012, according to a statement reported by Reuters.

That assertion flew in the face of a growing body of literature, including a recent statement from the United Nations Human Rights Council expressing “serious concerns” about reports of forced labour.

The Better Cotton Initiative declined a request for an interview to discuss how it had come to its conclusion.

“We are a not-for-profit organisation with a small team,” the initiative’s communications manager, Joe Woodruff, said in an email.

The body’s membership includes some of the world’s largest, most profitable clothing manufacturers and retailers — among them Inditex, the Spanish conglomerate that owns Zara, and Nike, whose sales last year exceeded $37 billion.

Even as statements about Xinjiang cotton from apparel companies have failed to ease human rights concerns, they have provoked outrage among Chinese consumers.

On Chinese social media, people have posted photos of themselves throwing away their Nike sneakers or — for the less committed — covering the logos on their sweaters with masking tape.

The global brands are putting stock in the enduring popularity of their products in China, while seeking to avoid further provocation. Inditex removed from its website a statement in which it had promised to avoid Xinjiang cotton.

Yet in muting their condemnation of forced labor in Xinjiang, the brands risk amplifying their problems outside China.

“If they do the right thing, they face serious commercial risk in China,” said Scott Nova, executive director of the Worker Rights Consortium, an advocacy organisation. “Yet they know consumers globally will be repulsed by a brand that wilfully abets forced labour. It is a profound moral test.”